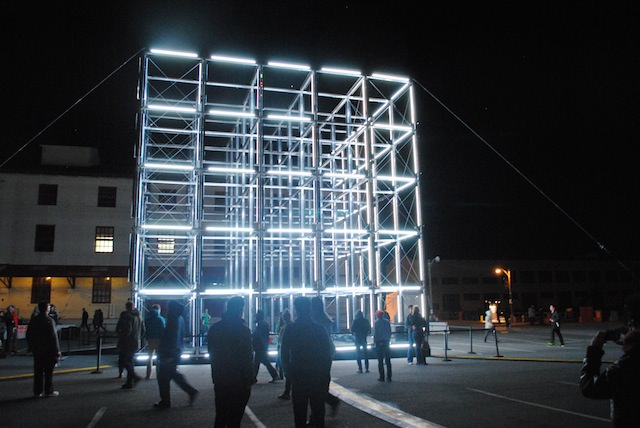 While the abundance of technology that has come into contact with all aspects of life over the past couple of decades is often criticized for alienating us from one another, making us glued to our smartphones instead of engaging with those around us, The Creators Project shined its LED lights on the links between technology, creativity and human interaction. This past weekend, culture emporium Vice and tech giant Intel brought the massive, two-day design, art, music and technology extravaganza to San Francisco. Held in Fort Mason, the Herbst Pavilion was converted into a futuristic art gallery where interactive installations glowed along the walls, inviting viewers to touch and move them and themselves be moved by their awe-inspiring, quiet beauty or epic sensory overload. The adjacent Festival Pavilion became a mini Coachella-style music festival, with big names in indie music like the Yeah Yeah Yeahs and Zola Jesus taking the stage.

With artist-researchers from the MIT labs to Brazil, the installations at The Creators Project showcased the potential future of art-tech collaborations instead of presenting the hand-made and computer-generated as inherently opposed. The piece “Six-forty by Four-eighty” by Zigelbaum + Coelho, for example, allowed viewers to manipulate magnetic, multi-colored lights on a large metal plate, allowing them to physically touch these “pixels” as if they a tangible part of the environment. Christ Milk’s surreal, minimalist triptych “The Treachery of Sanctuary” invited viewers to stand behind an enormous white screen that transformed a black outline of their bodies into flocks of tiny birds or large, winged mythical creatures. Though eye-catching and large in scale, the artworks at The Creators Project lacked some of the subtle details and visible craftsman ship of art made with traditional media. However, this marriage of art and technology is only in its initial stages, and the festival sparked the imaginations of viewers and artists who will continue to take technology to new heights of creative expression. 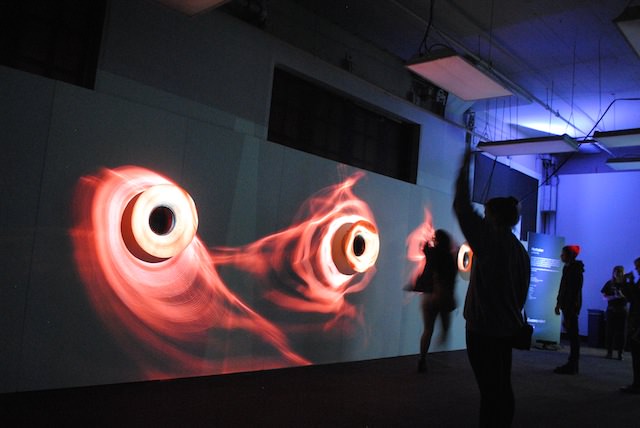 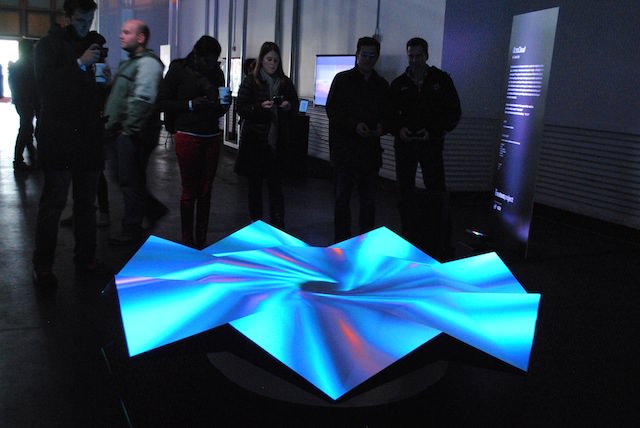 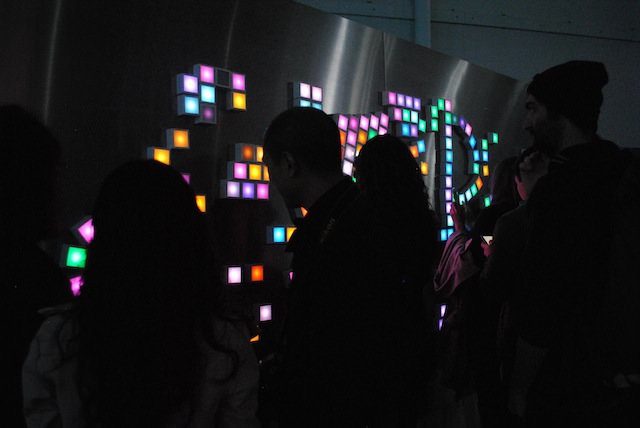 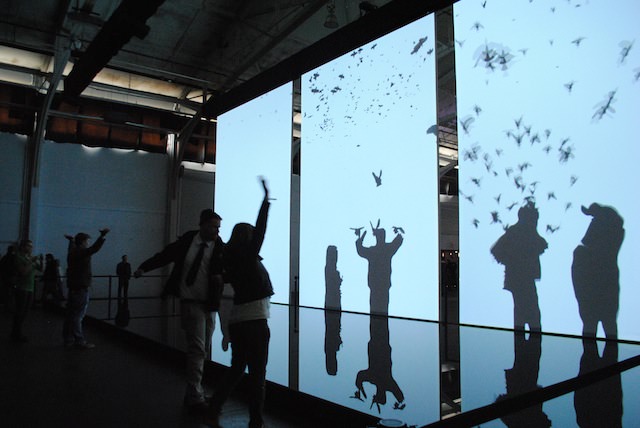 The Treachery of Sanctuary by Christ Milk 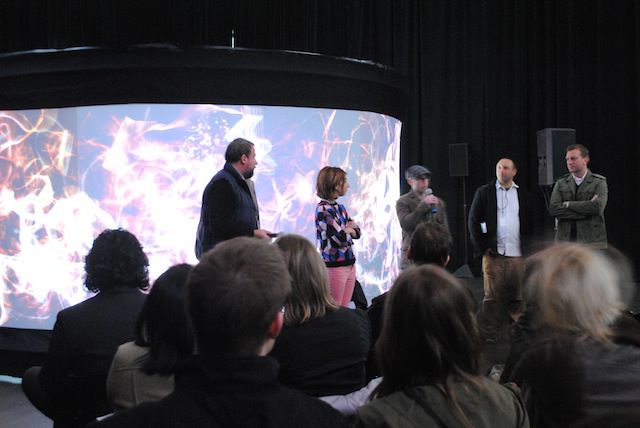 and Johan Jervoe of Intel (left to right) stand in front of Mira Calix’s work My Secret Heart. 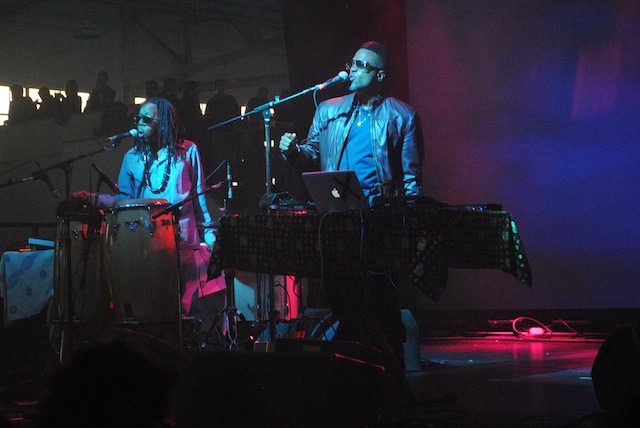 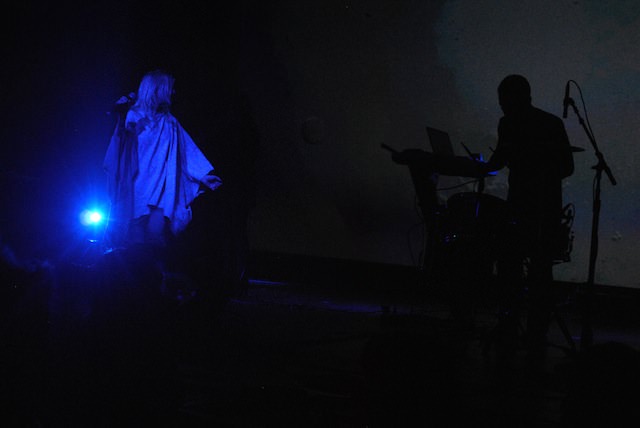 Experimental singer Zola Jesus performed against a ghostly, surreal set design that fit the spirit of the event.