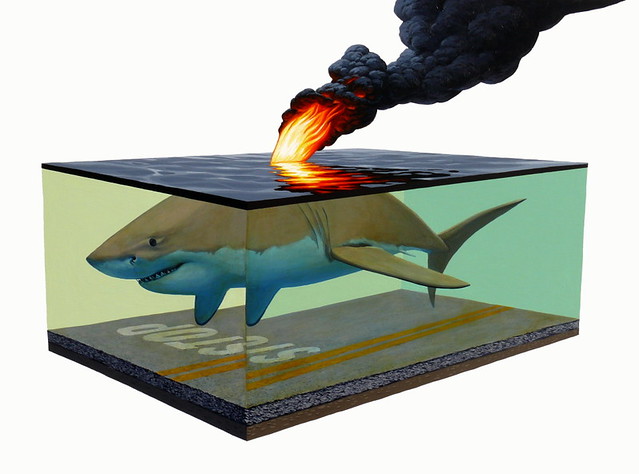 A couple months back we introduced you to PangeaSeed, a non profit organization based in Tokyo fighting against the problems of global shark finning. While there are many similar organizations, and similar art fundraisers, PangeaSeed’s grassroots work in Asia, the front line of the battle, makes their cause especially worthy. Later this evening, Friday, September 23rd, PangeaSeed will be debuting their first US art exhibit and fundraiser at Hi-Fructose web editor Ken Harman’s Spoke Art in San Francisco.

The exhibit features a notable print release by Hi-Fructose Vol. 12 cover artist Josh Keyes (seen above) as well as an eclectic mix of works by artists such as Dave Kinsey, Mike Stilkey, Shark Toof, Skinner, Paul Chatem, Kevin Earl Taylor, Dan May, Clint Wilson, Rhys Cooper and Tapecat. Get a look at the show preview here, and some of our favorite works below. 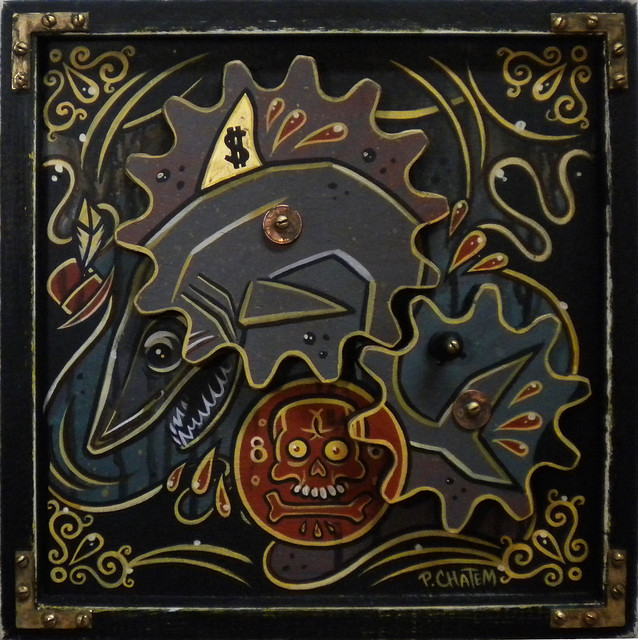 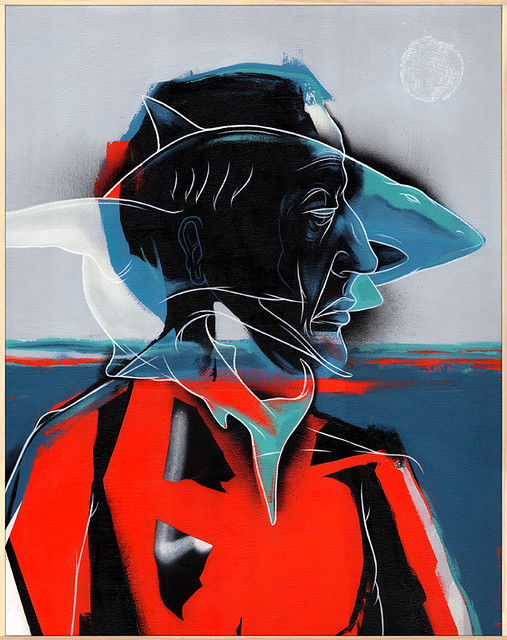 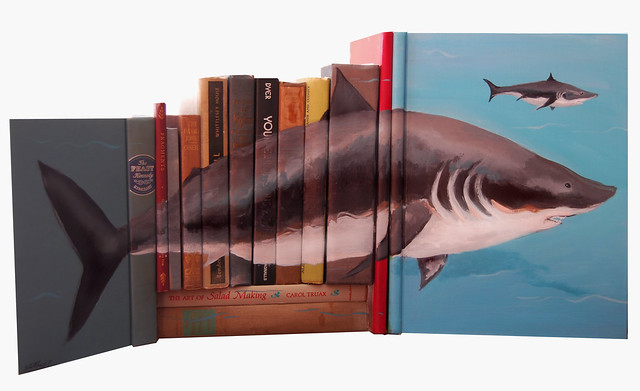 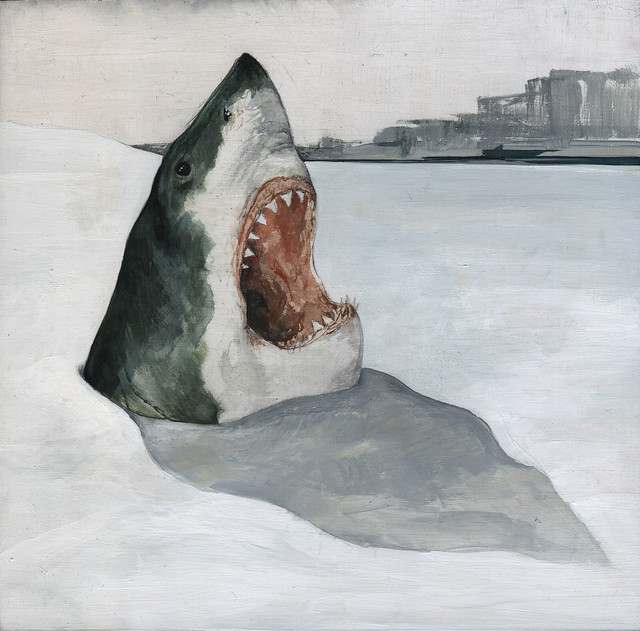 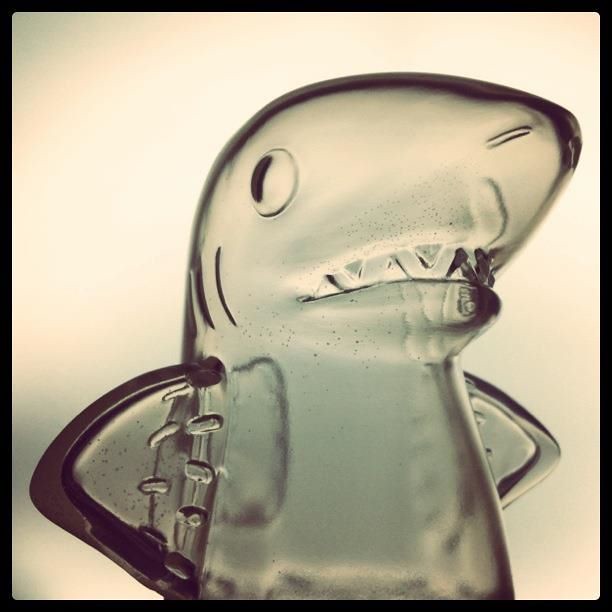