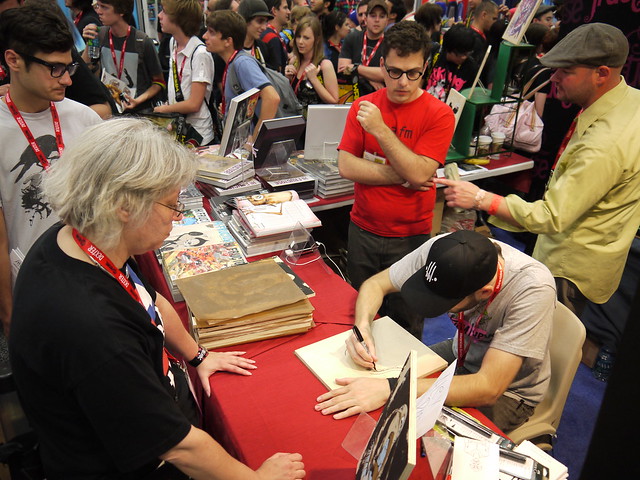 The 2012 San Diego Comic Con is now fully underway this weekend and yesterday we debuted two of this years HF exclusive screen prints on wood. First up was the one and only Alex Pardee, who was signing his prints as well as copies of his new book. As an added bonus, Alex also sketched on the backs of the prints for his fans, get a look after the jump! 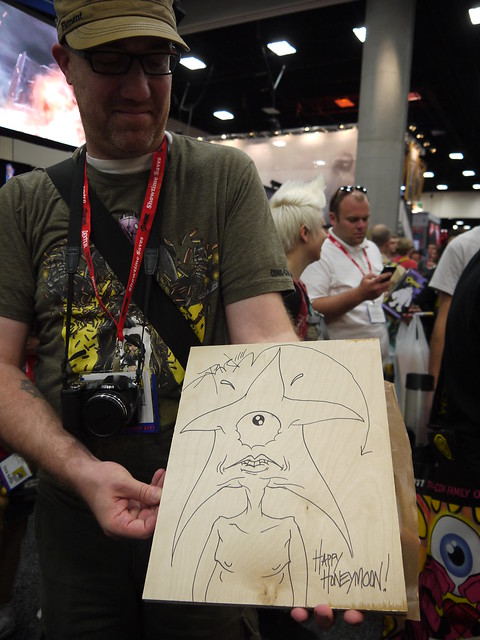 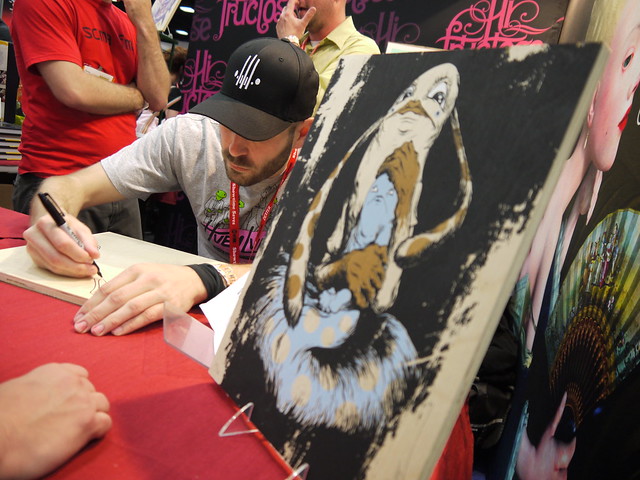 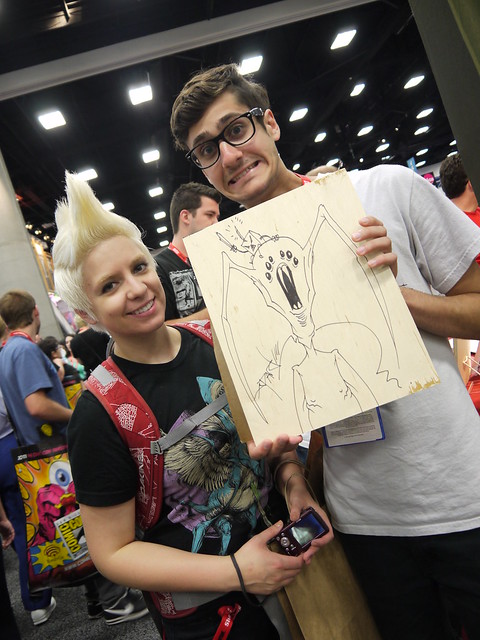 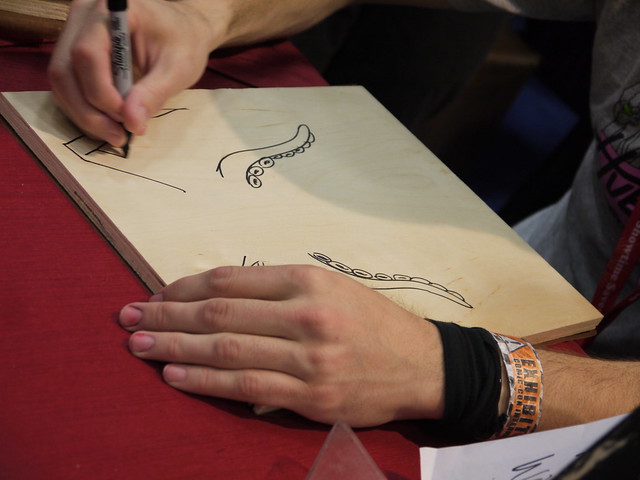 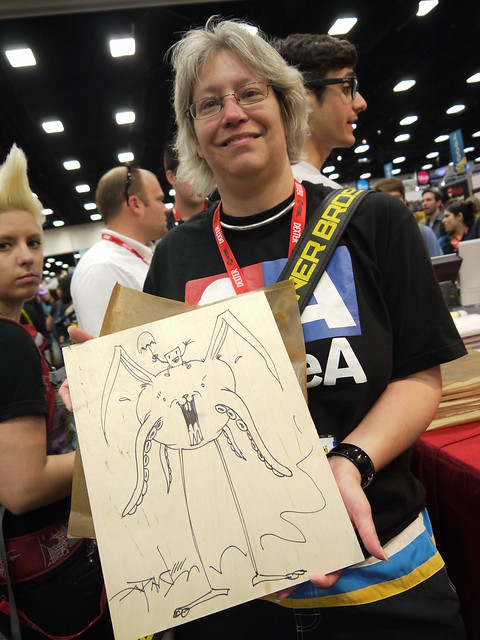 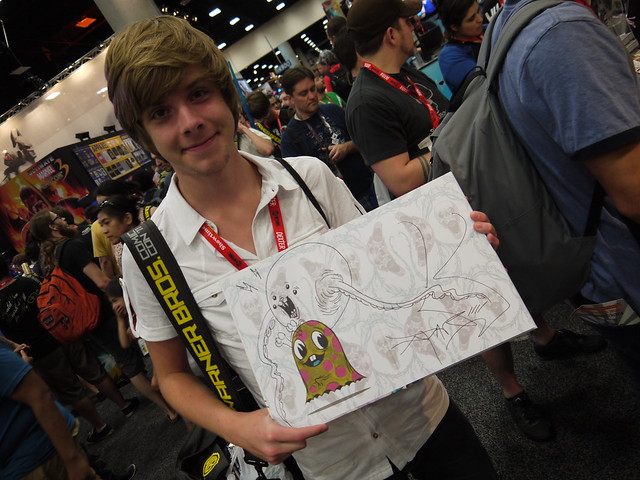 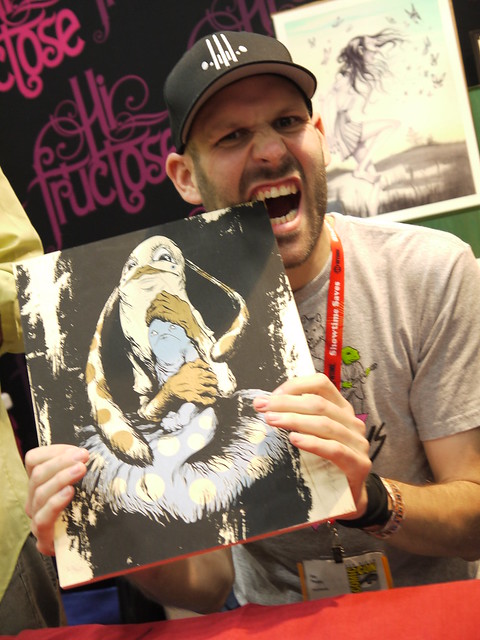