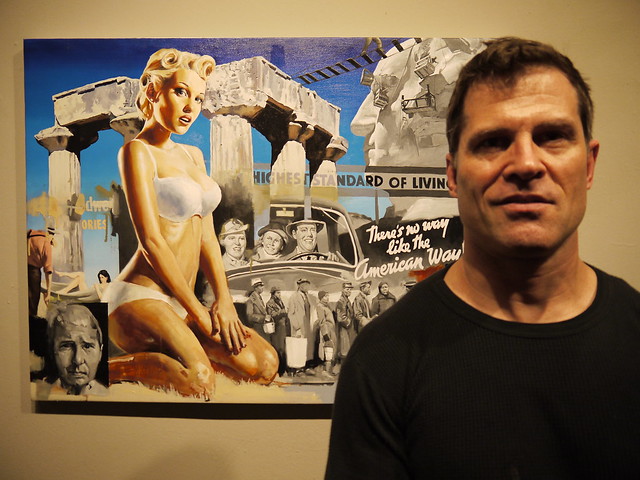 Last weekend saw the opening of Jonathan Darby and Adam Caldwell’s show, ‘Intersection’ at White Walls Gallery in San Francisco. An unusual pairing upon first glance, Caldwell’s well rendered paintings contrast vivid and colorful pop portraits against bleak and grittier backgrounds telling an often overlooked and unsung side of American history. In the gallery’s back, Darby has created an impressive and immersive installation of a Brazilian favela. Constructed in just four days, the environment utilizes video and mixed media works to bring to light the plight of the children in Brazil. Though stylistically both very different, these two artists intersect nicely around common and unifying themes and messages, get a look at more of the work after the jump. 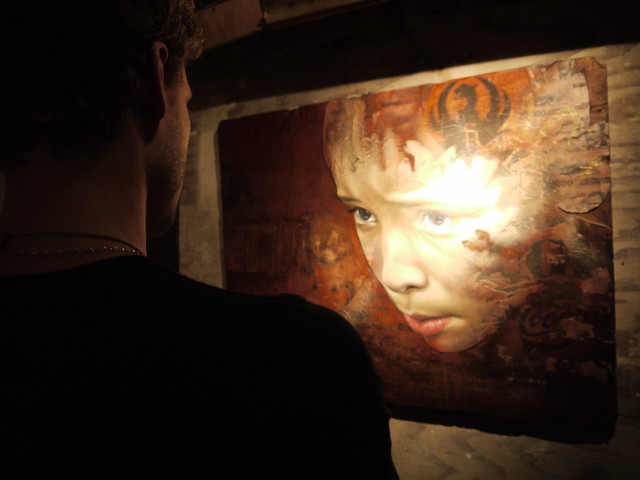 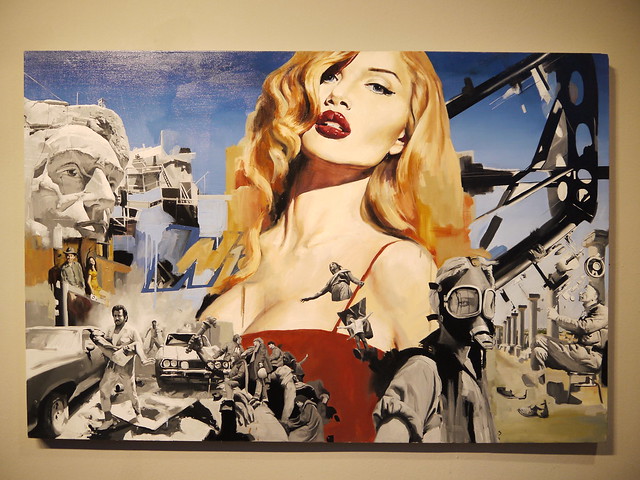 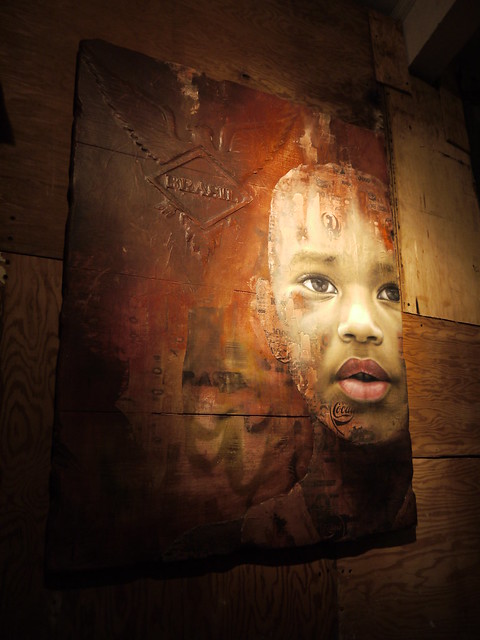 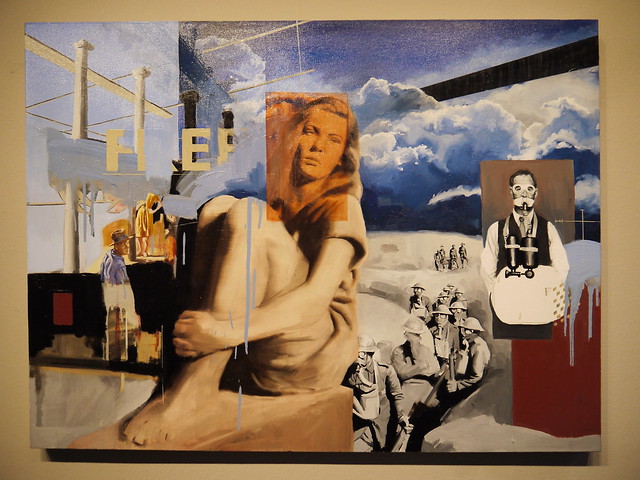 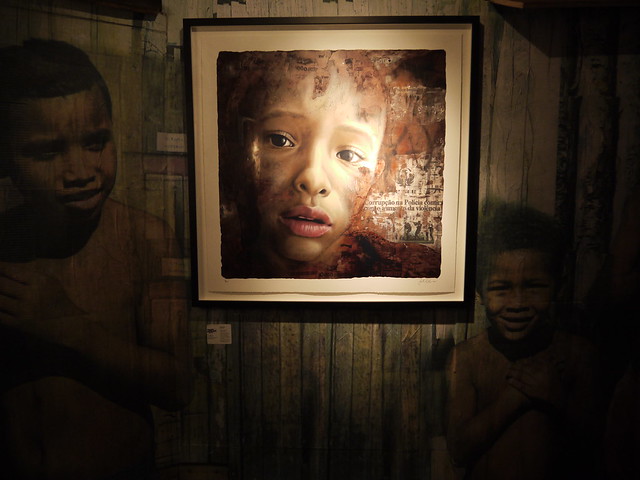 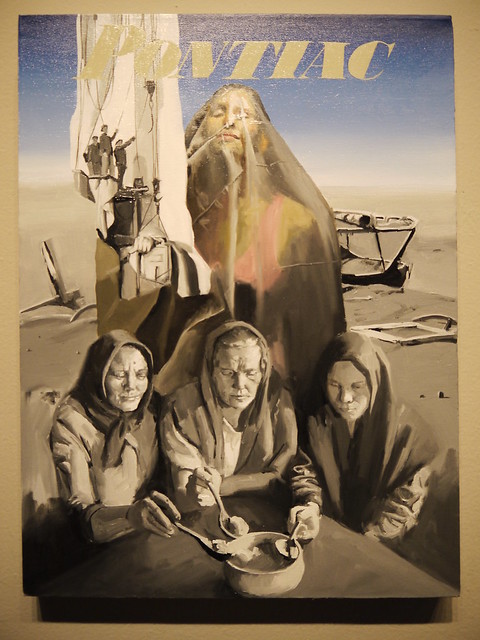 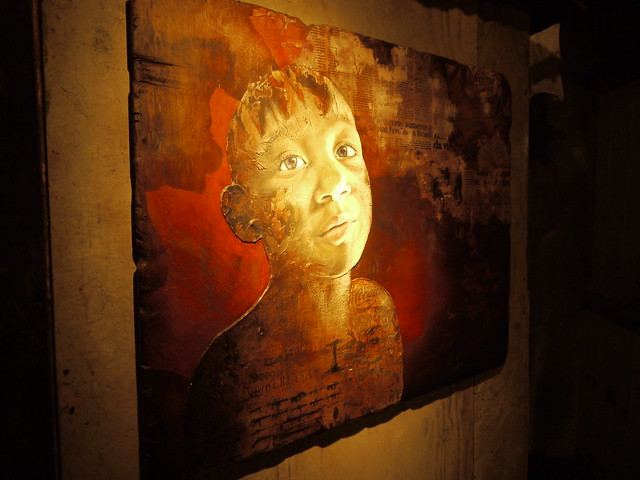 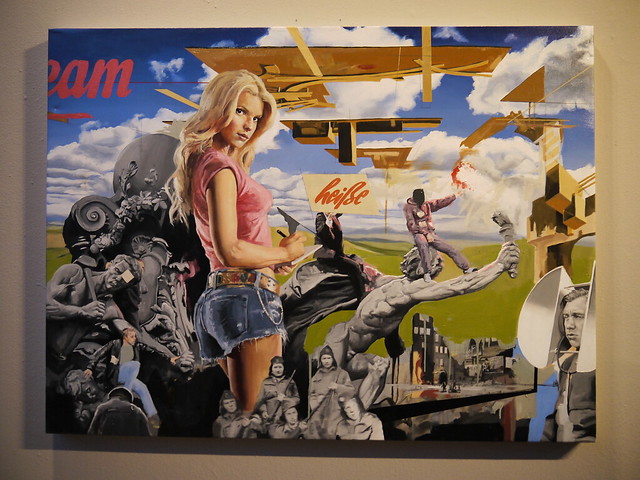 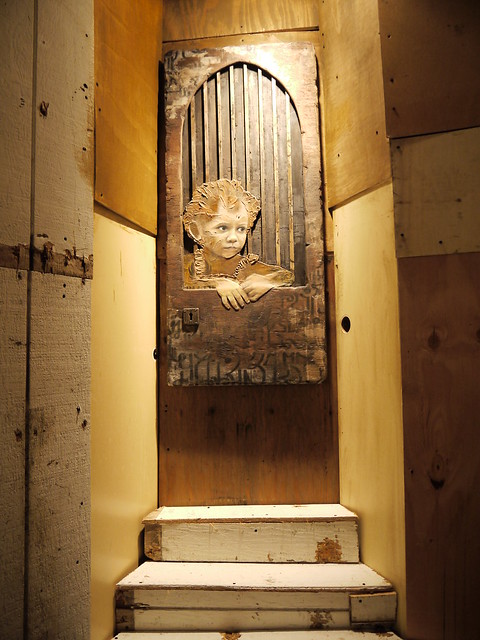 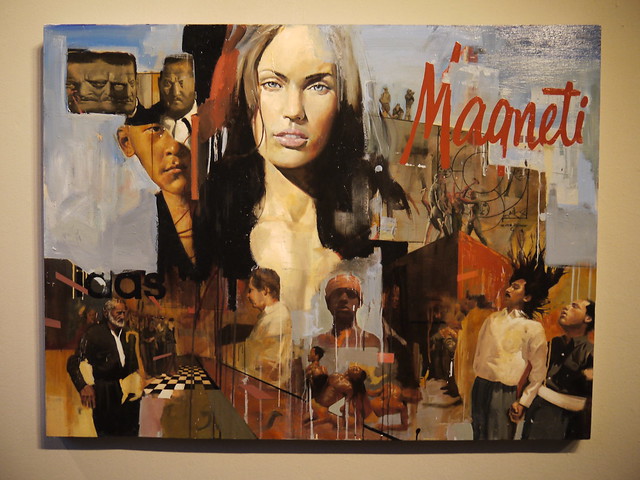 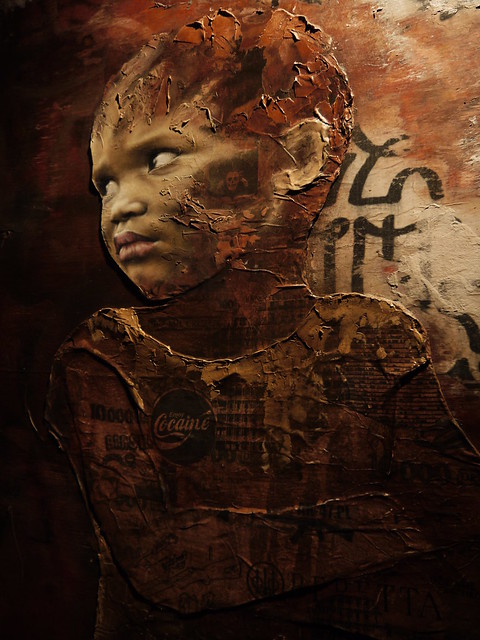