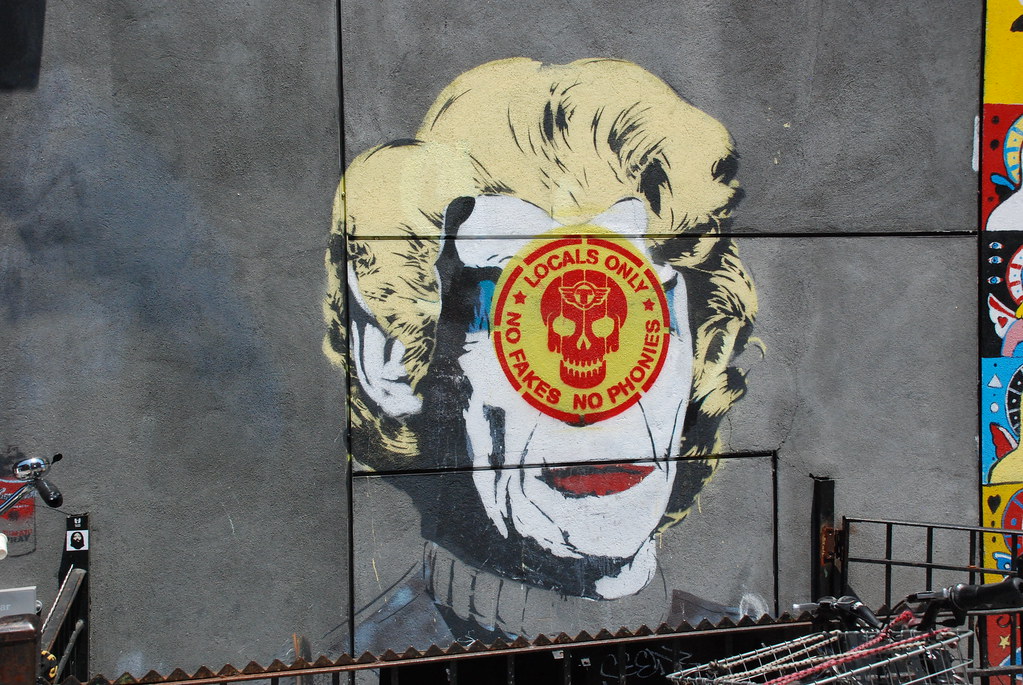 In the dead of the sweltering New York City night, a warning shot was fired across the poop deck known as Mr. Brainwash aka Thierry Guetta. Street art conglomerate, TrustoCorp,embarked on a large anti-MBW campaign last night, defacing severalprominent Brainwash pieces in NYC’s Meatpacking district. Themessage? “Locals Only, No Fakes, No Phonies”. A retaliation toGuetta’s street marketing for his recent New York show, Trusto seems tohave given a warning to the highly successful street artist and amateurdocumentary film maker, encouraging him to take his street art and popmessages back to his home of Hollywood. Whether or not TrustoCorp willactivate their nationwide network of street artist cells to wage a fullscale war against MBW (a la Banksy vs. Robbo), or if this is just adeclaration of territory currently remains unclear. More pictures ofthe modified works below. 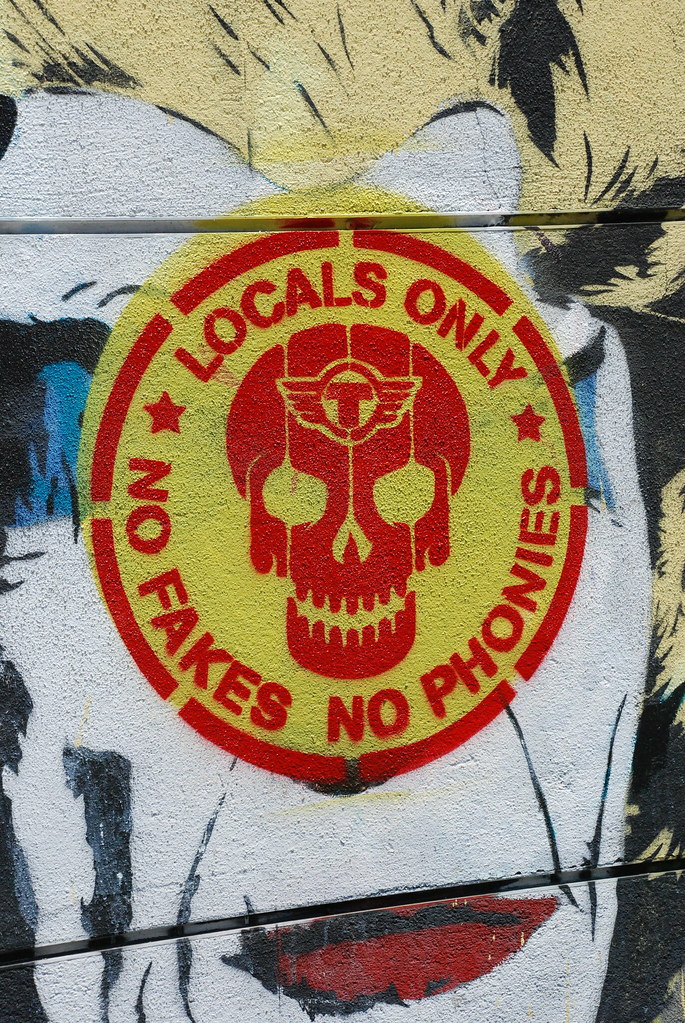 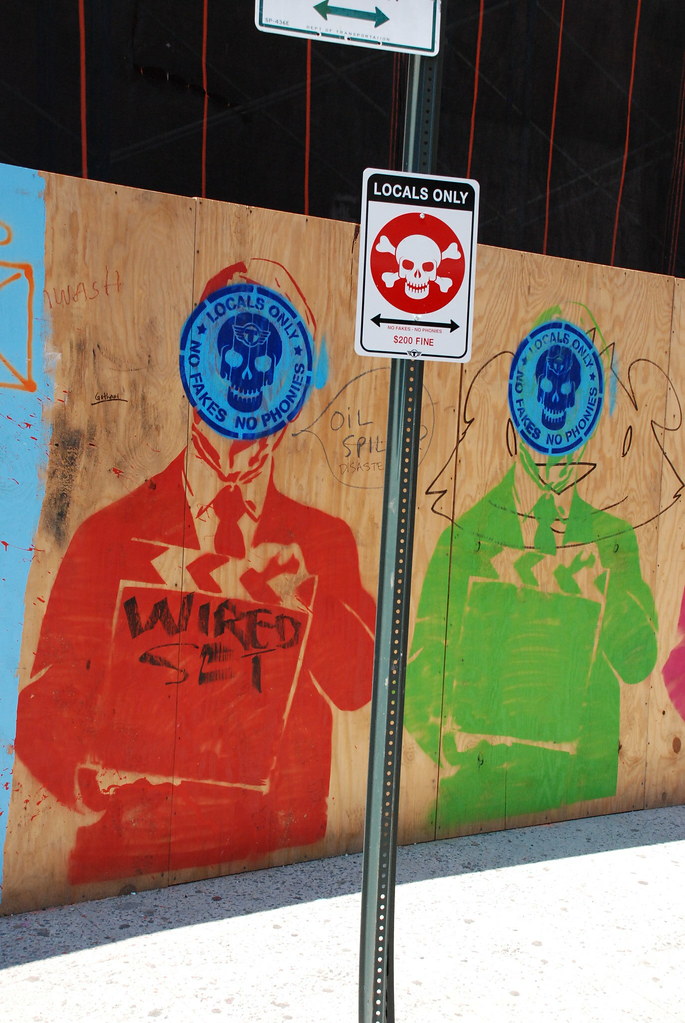 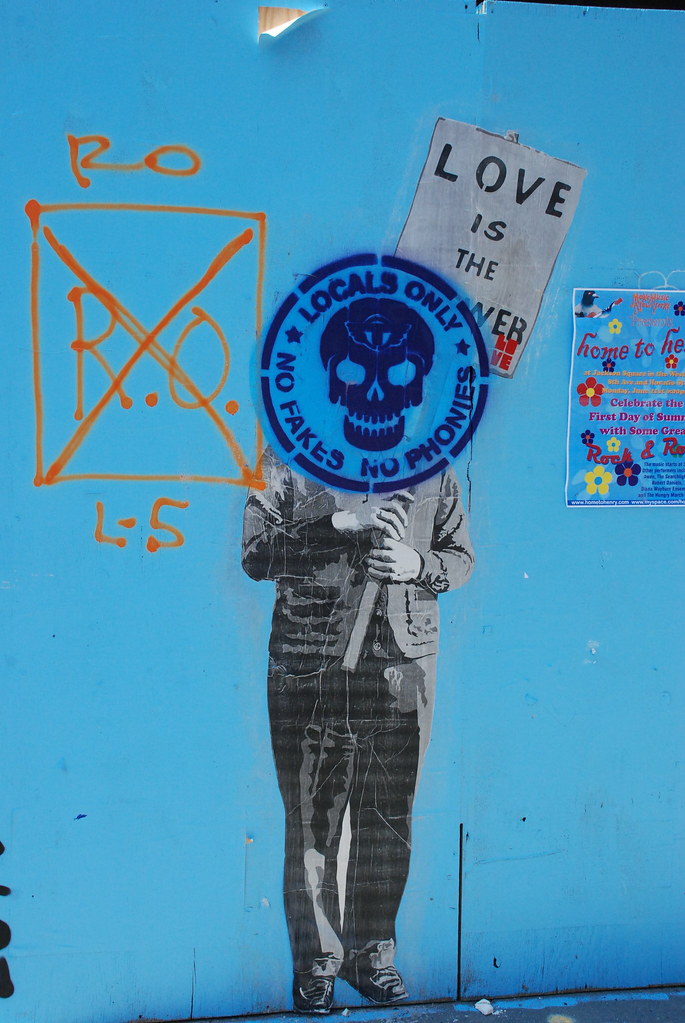 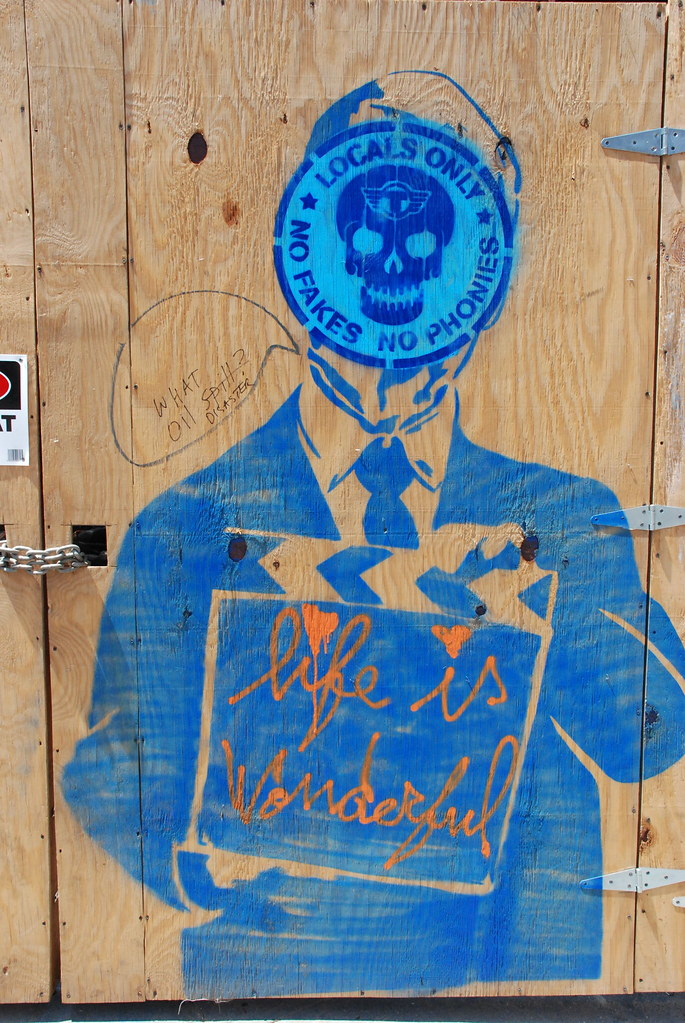 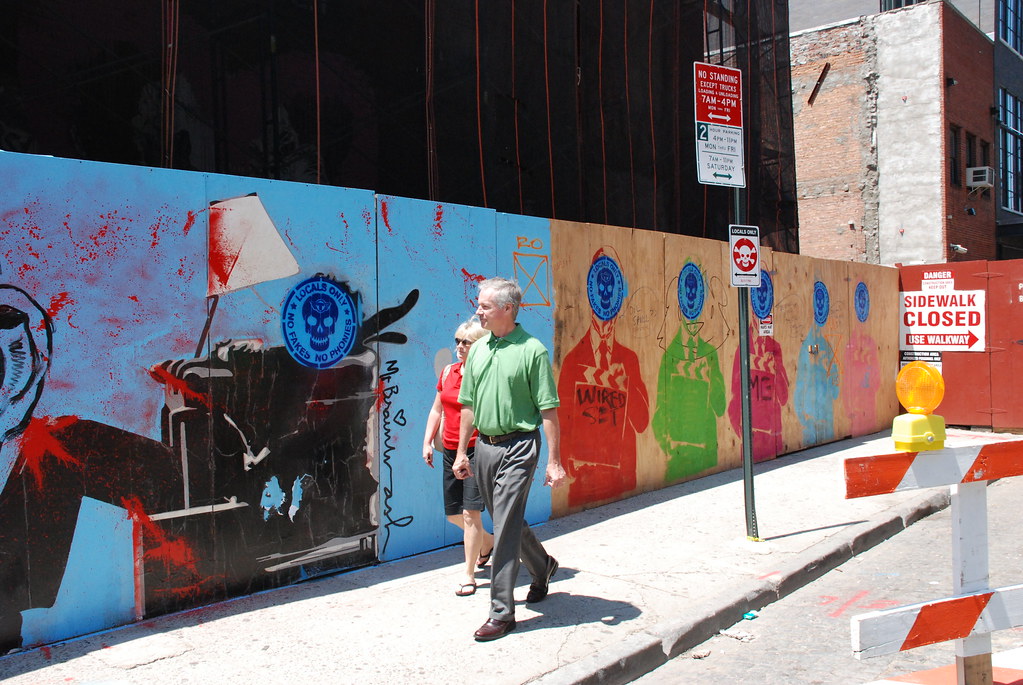 Editor’s Note: Since the original posting this past weekend, MBWhas retaliated twice, view his most recent reclamation below. 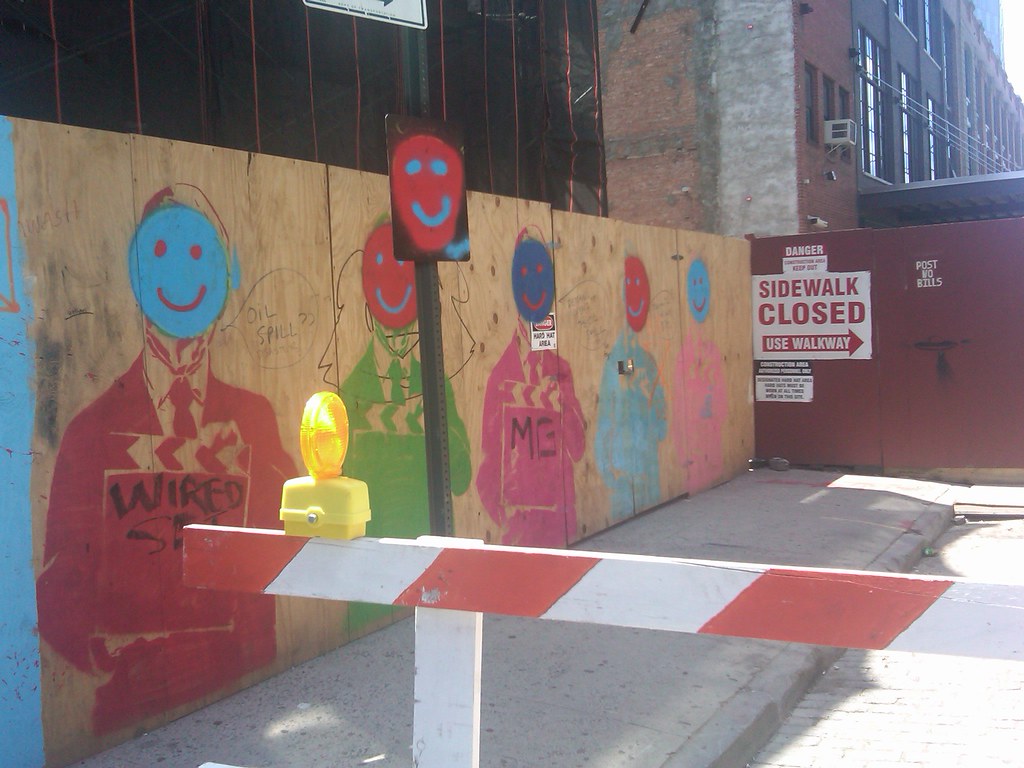