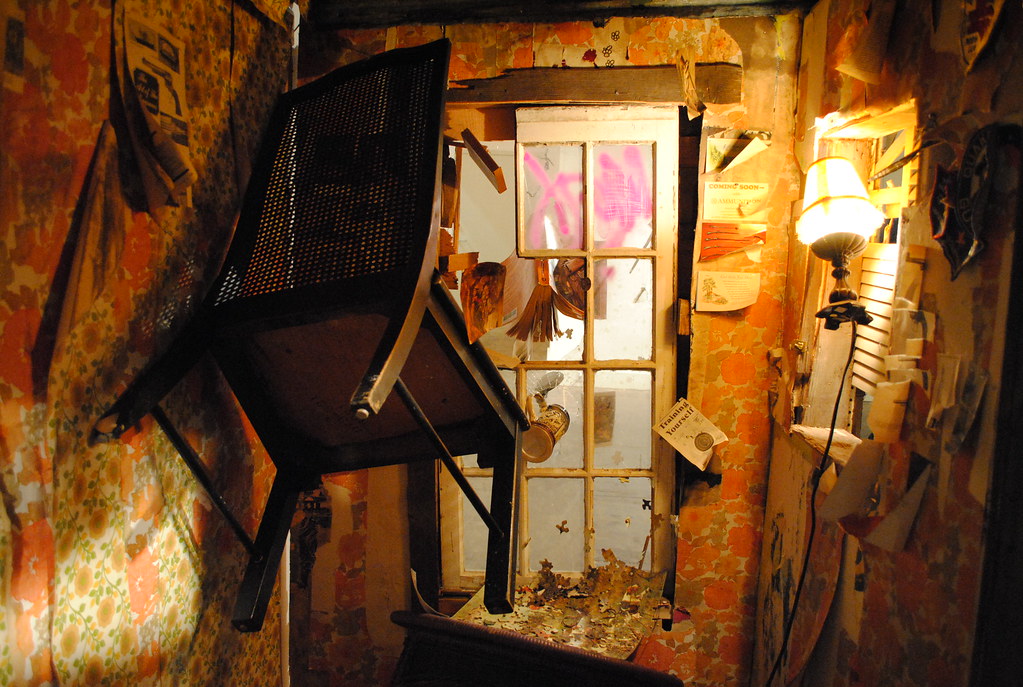 On Saturday night the doors flung open and crowds rushed in for the opening of Art Shack, an interactive group exhibition in Laguna Beach that brought the South County art eccentrics out in droves. Curated by the legendary Greg Escalante, Art Shack is an ingenious combination of art, architecture, pop-culture and downright whimsy. Featured artists include Mike Shine, Don Ed Hardy, Shag, Liz McGrath, Jason Maloney and many others- each with their own unique spin on the theme. Laurie Hassoldwas on hand to dissect her piece, “Reading the Bones” and the R. BiggsCommemorative Privy evoked many sheepish grins from people passing by. Jeff Gillette’s incredibly detailed mixed-media “Slum” was another highlight, along with Martin Wittfooth’s clever hunting shack on the bottom floor.

An hour into the opening, the museum felt nearly packed to capacity, with swarms of people peering, peeking, pushing, relaxing, imbibing and exclaiming at one shack after the next. Outside, a line of hungry patrons had formed for the taco truck parked at the curb while right next to it people filed in and out of Kenny Scharf’s psychedelic 1973 Pace Arrow motor home looking suspiciously blissful. A more enjoyable art show may be hard to find. 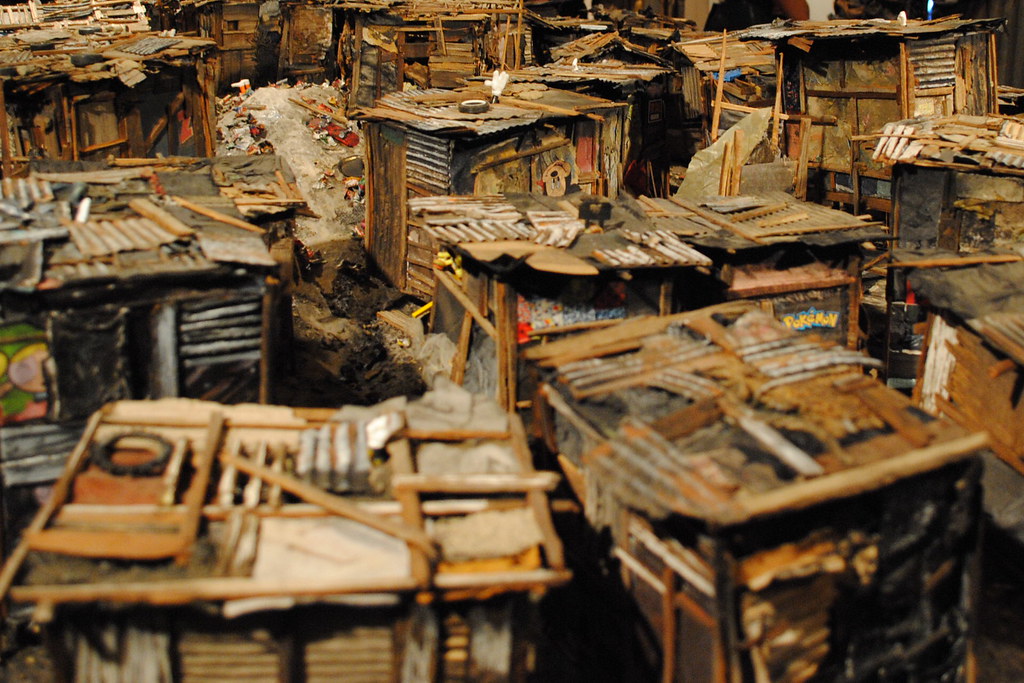 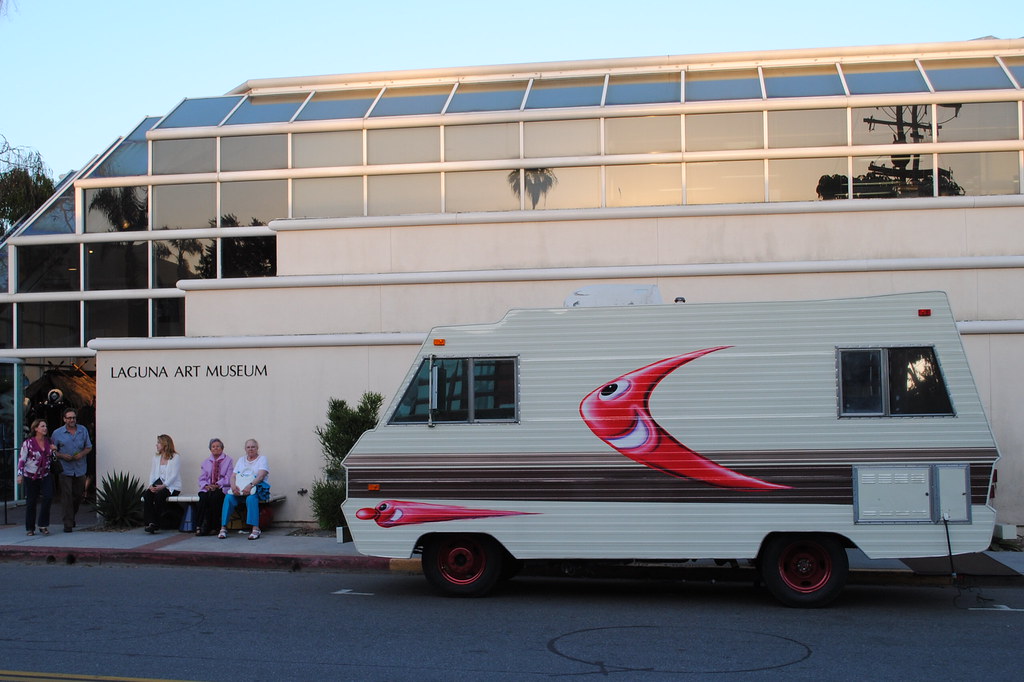 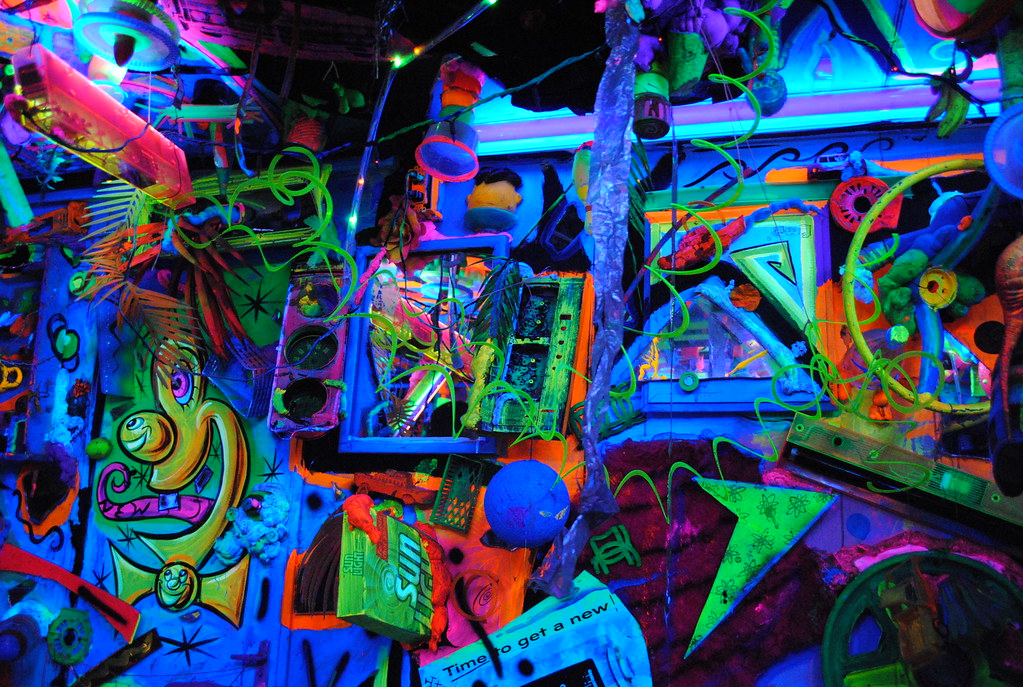 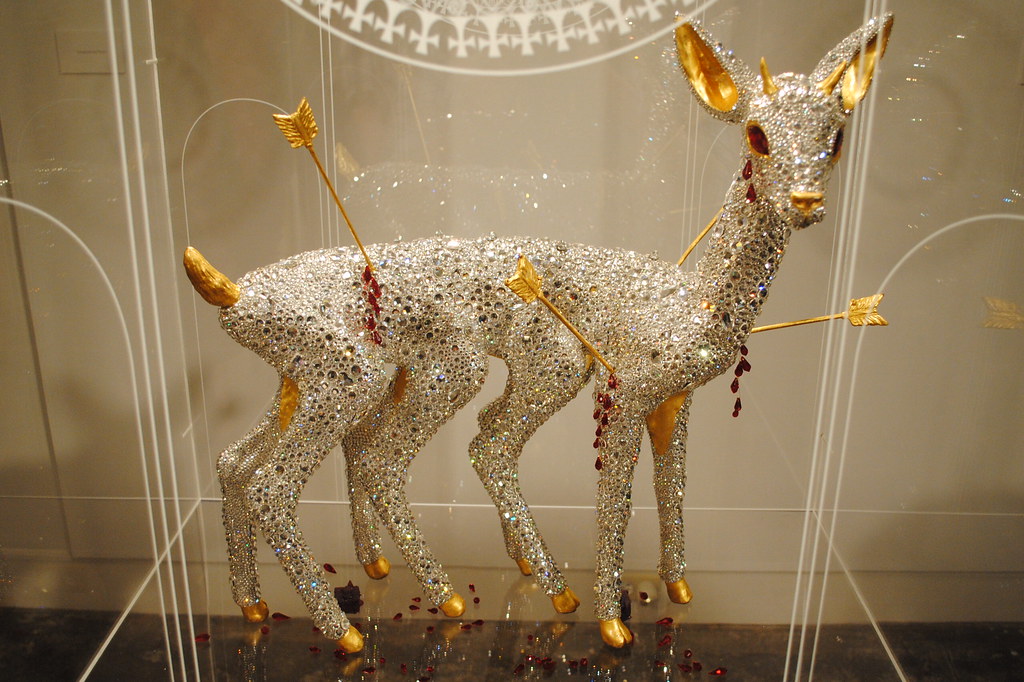 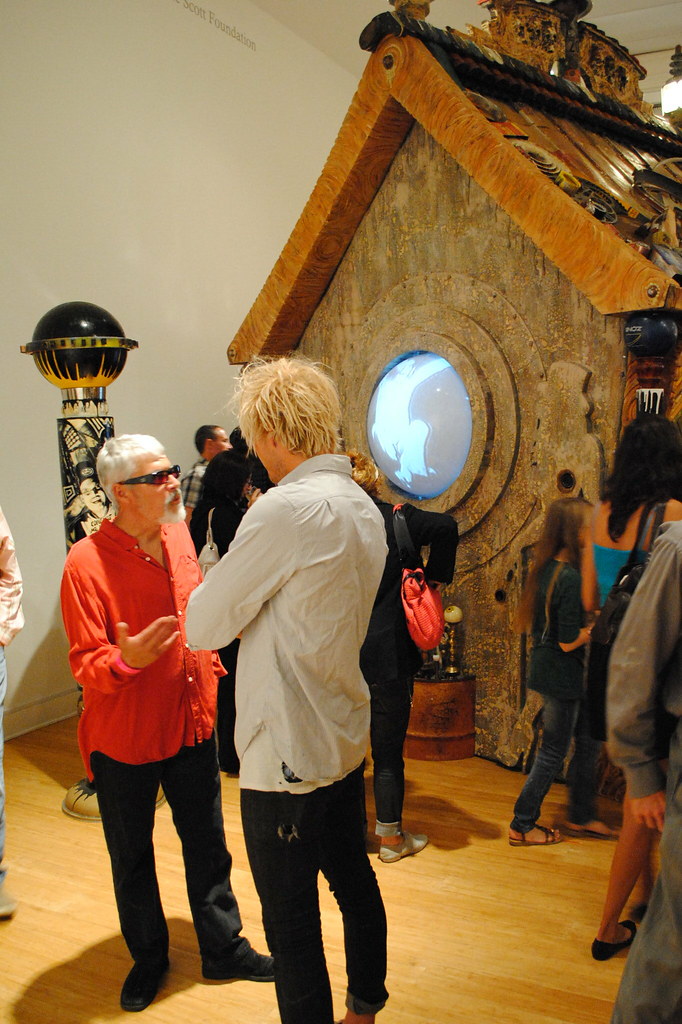 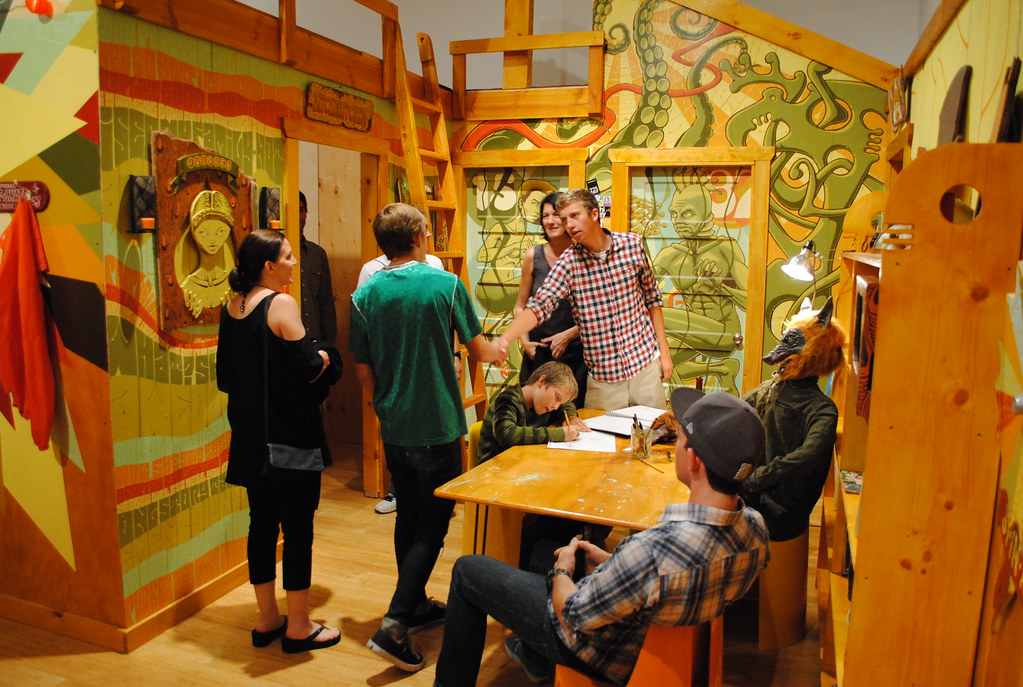 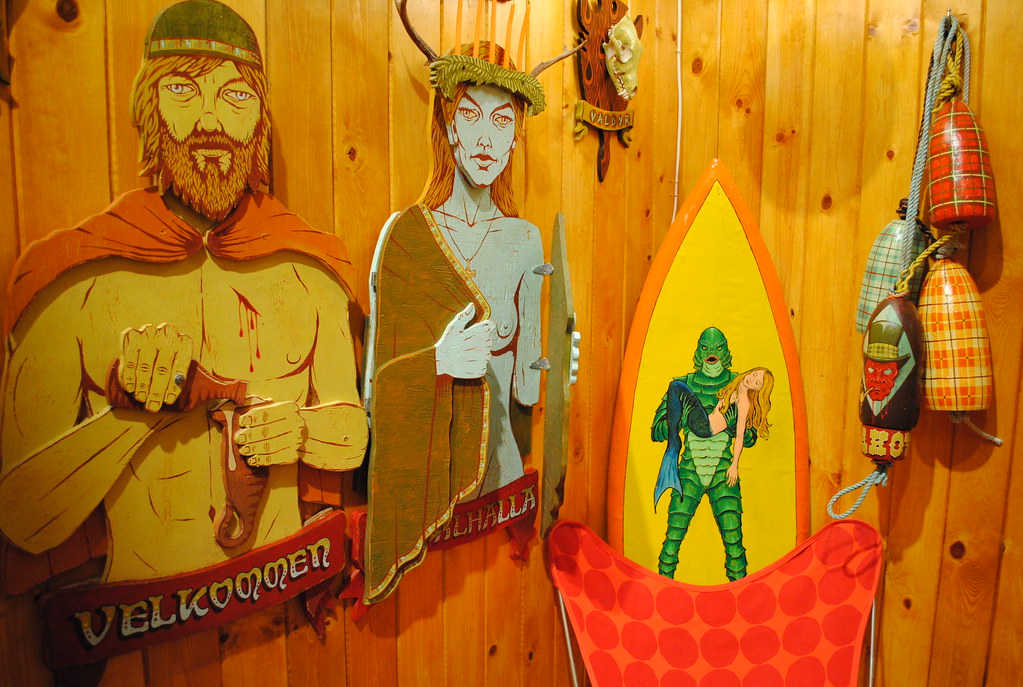 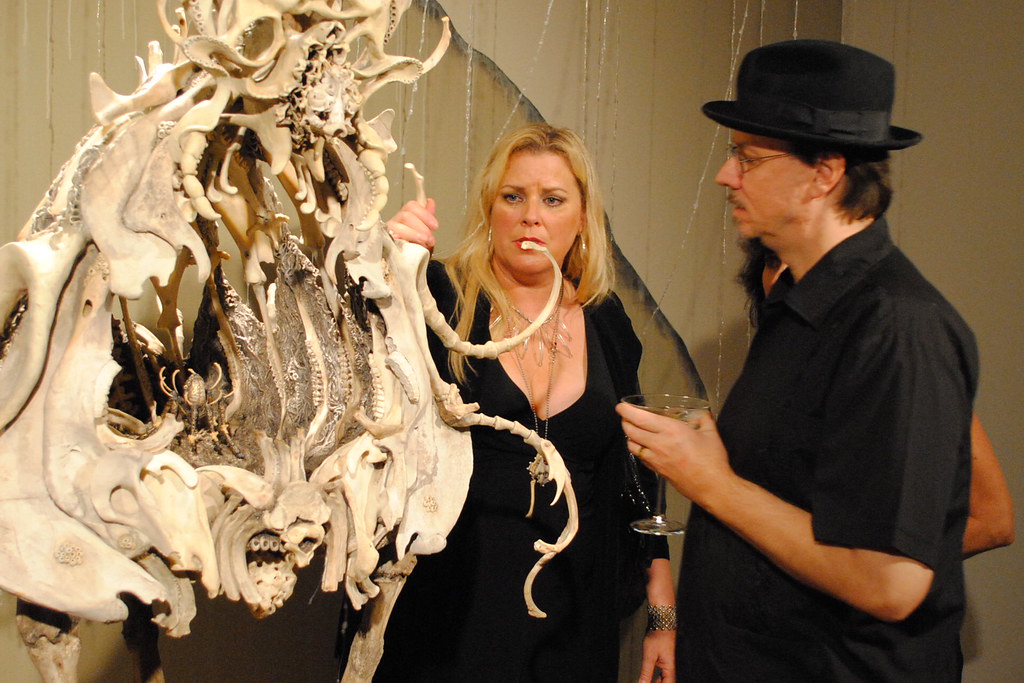 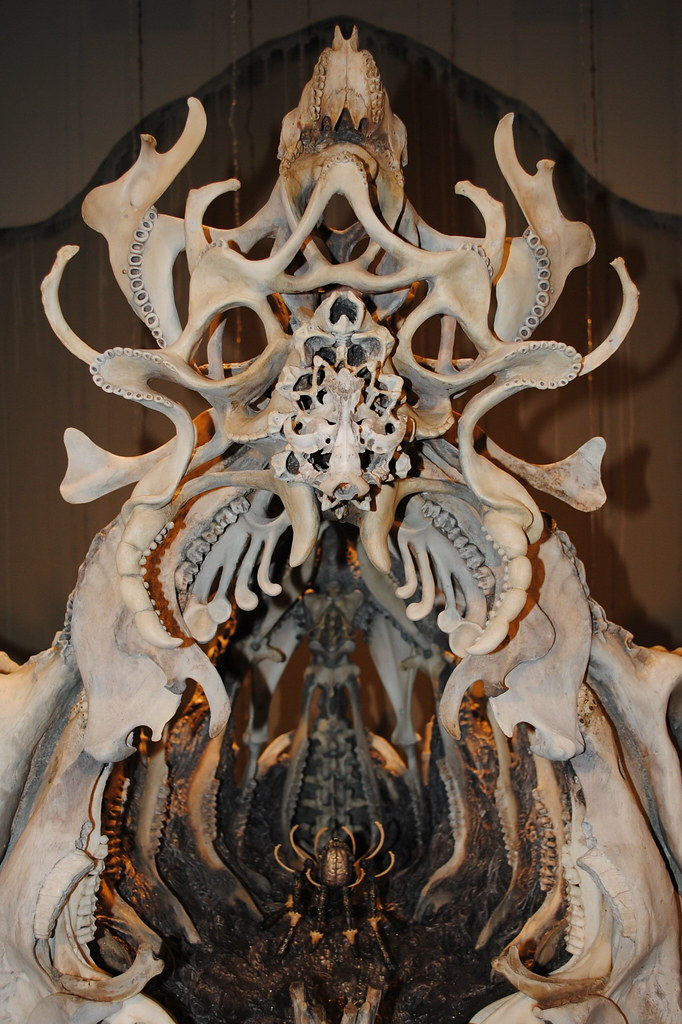 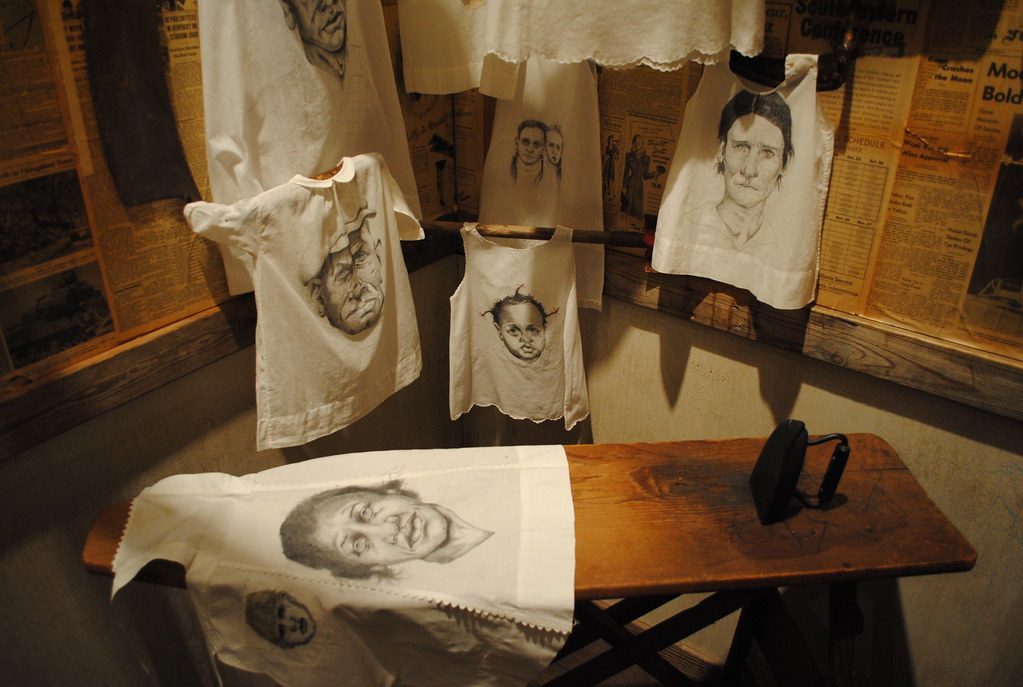 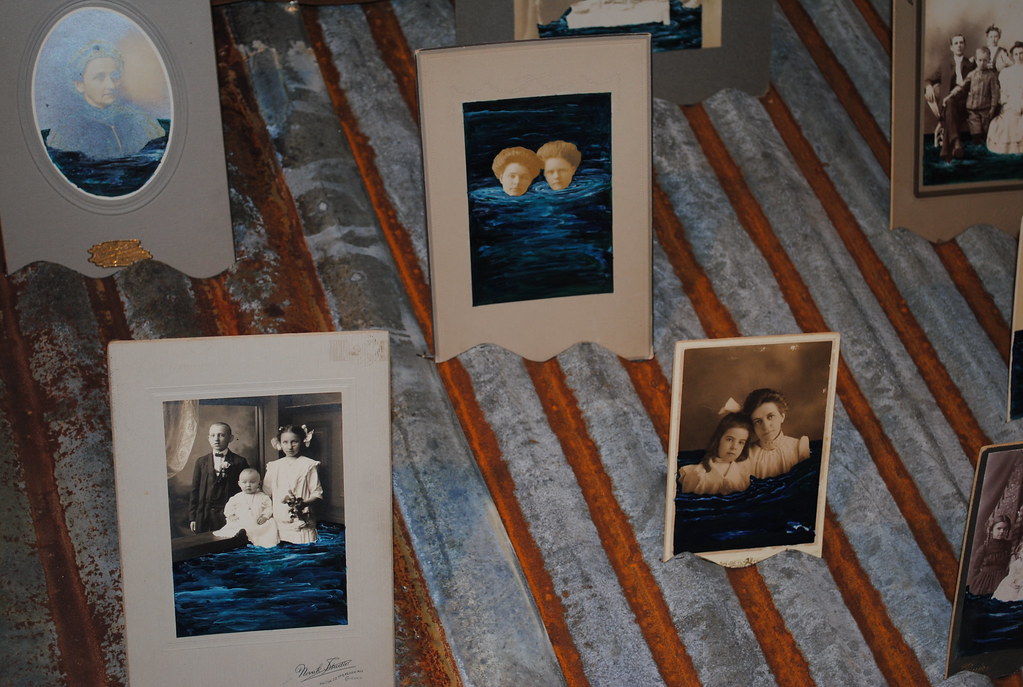 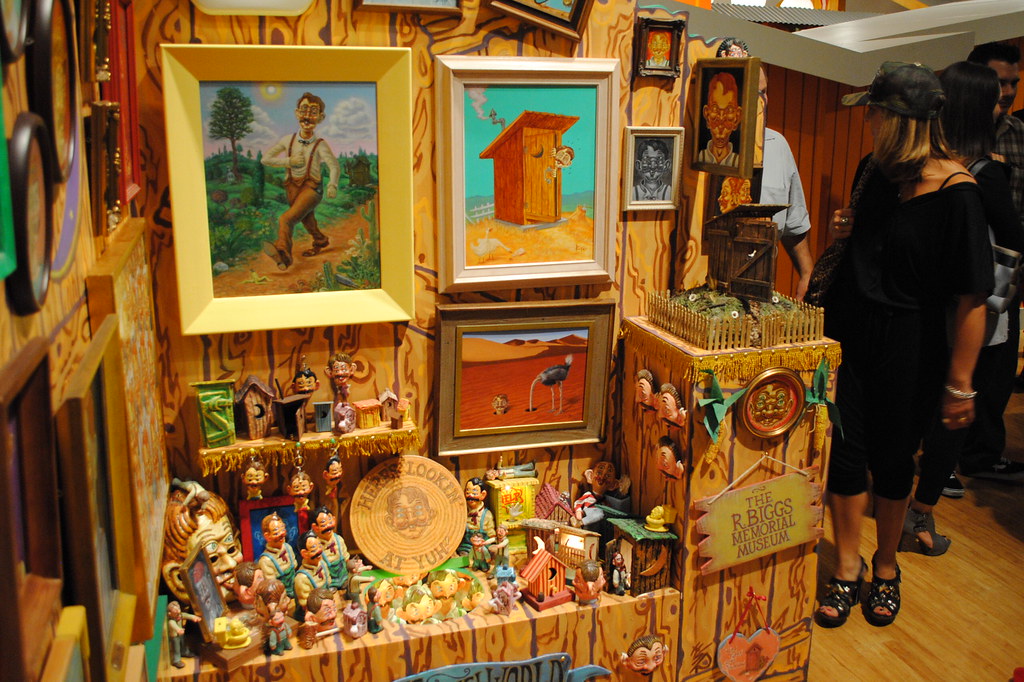 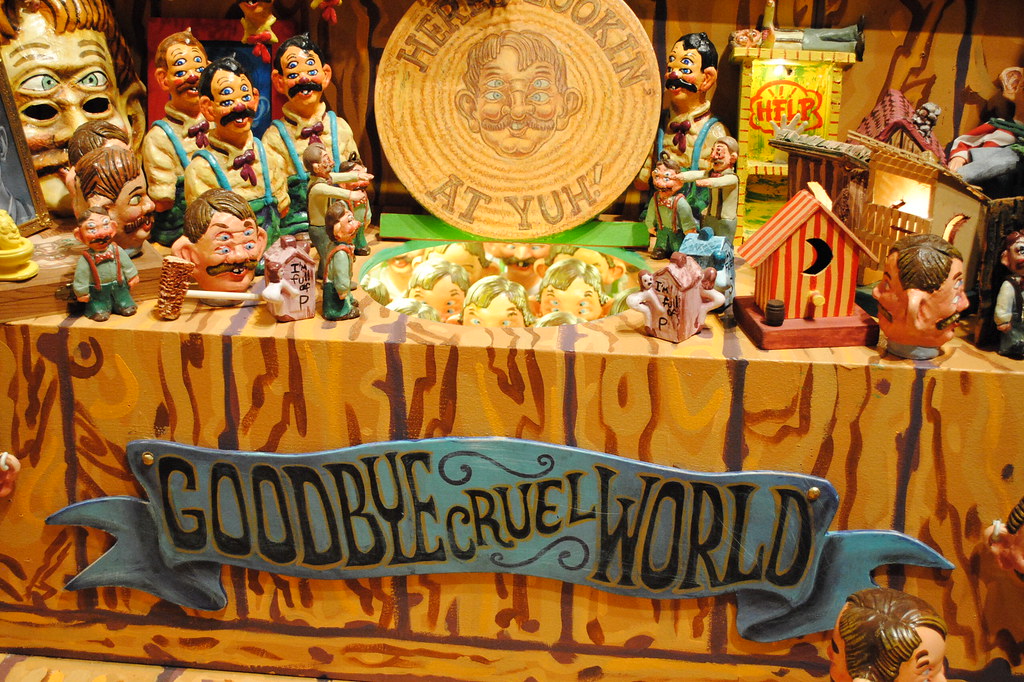 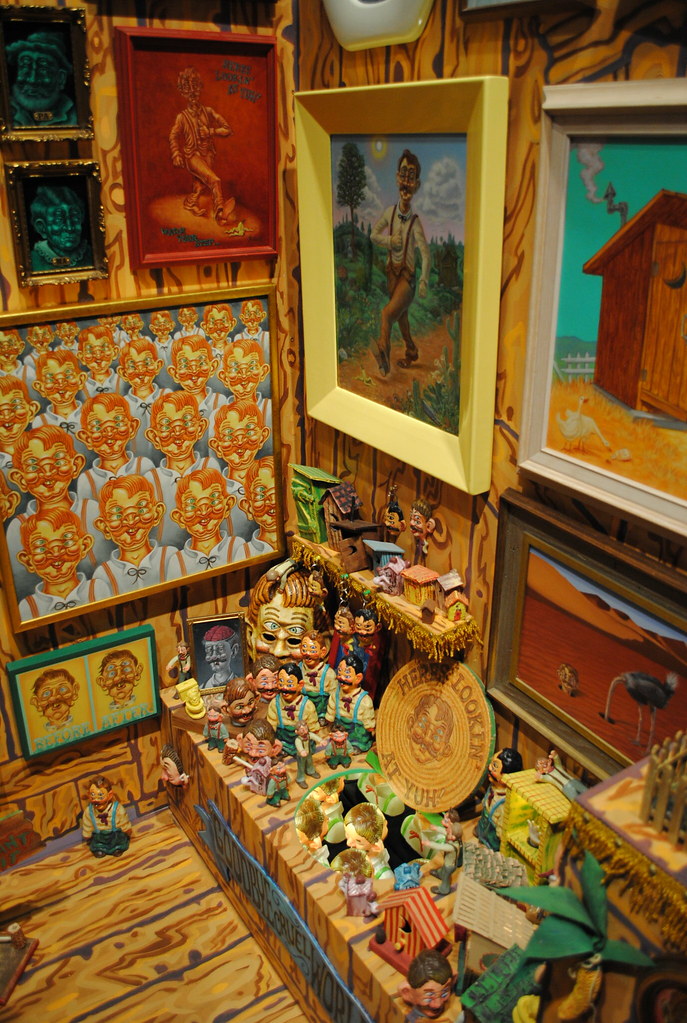 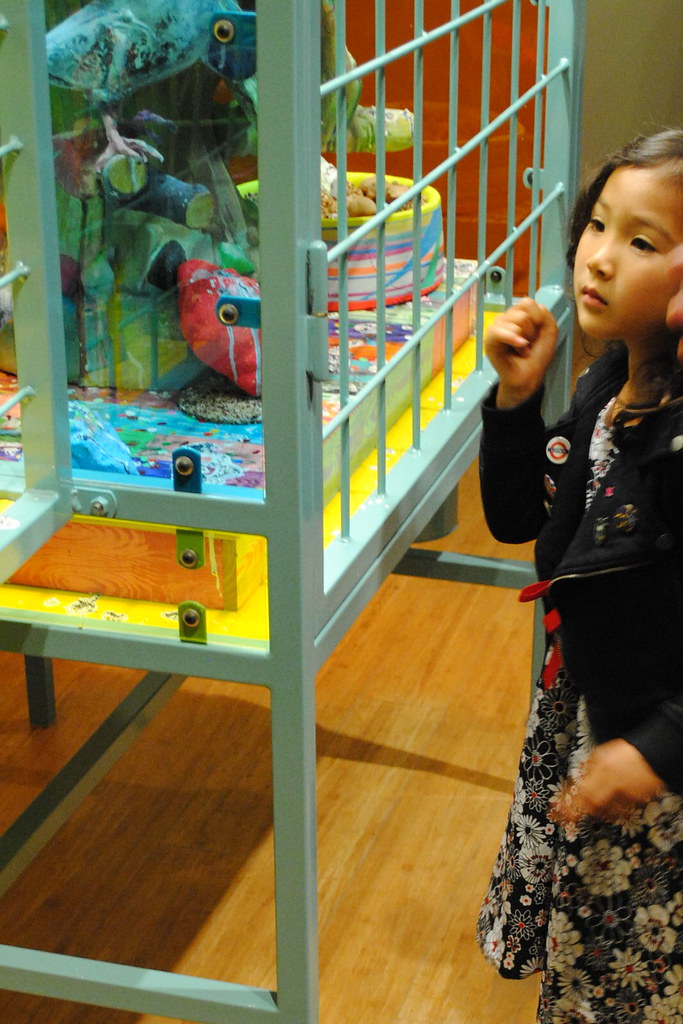 Clayton Brothers – Clever to a Fault 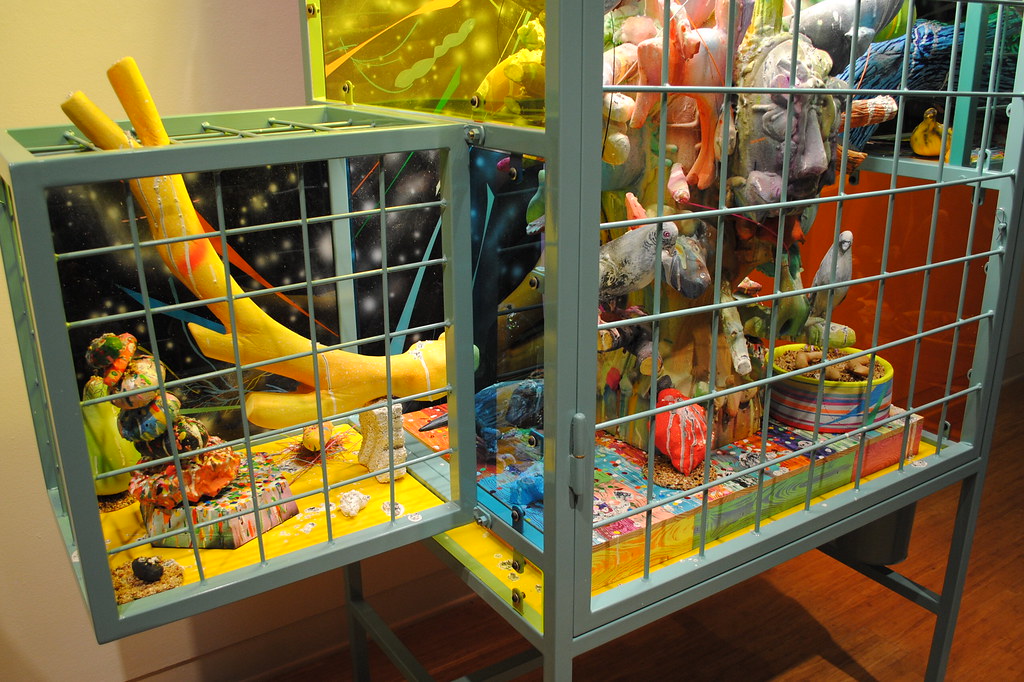 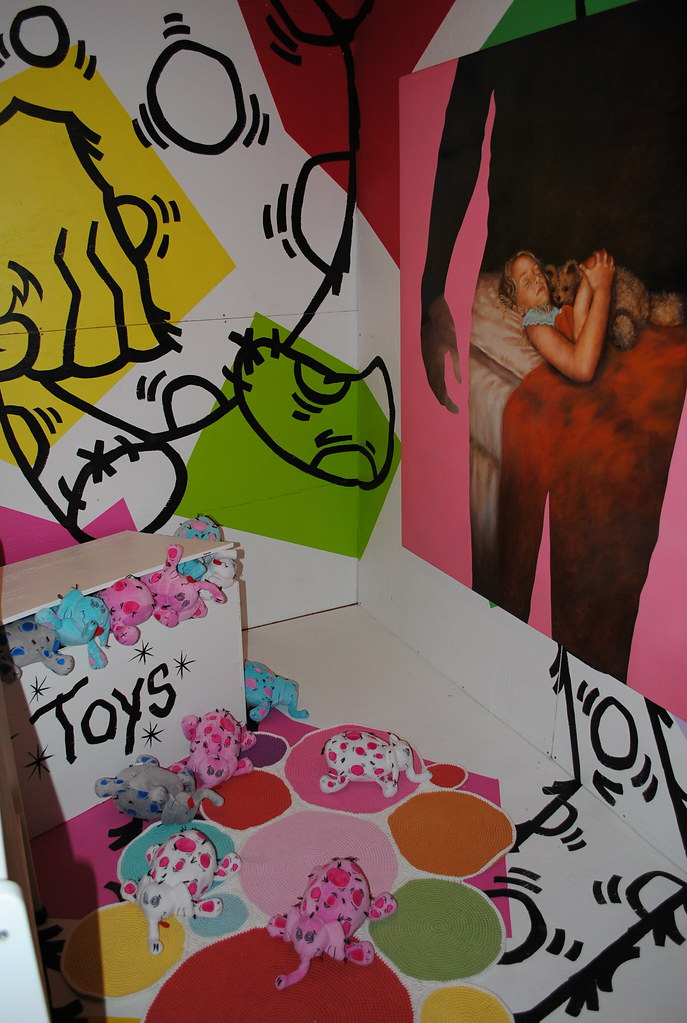 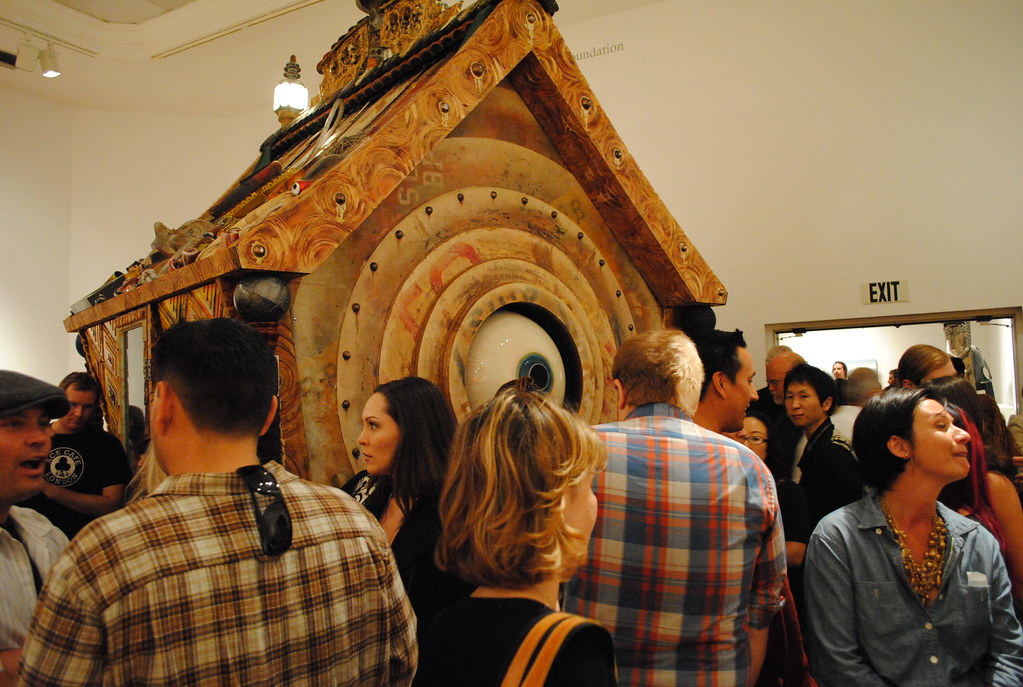 All photos courtesy of Steve Yennie