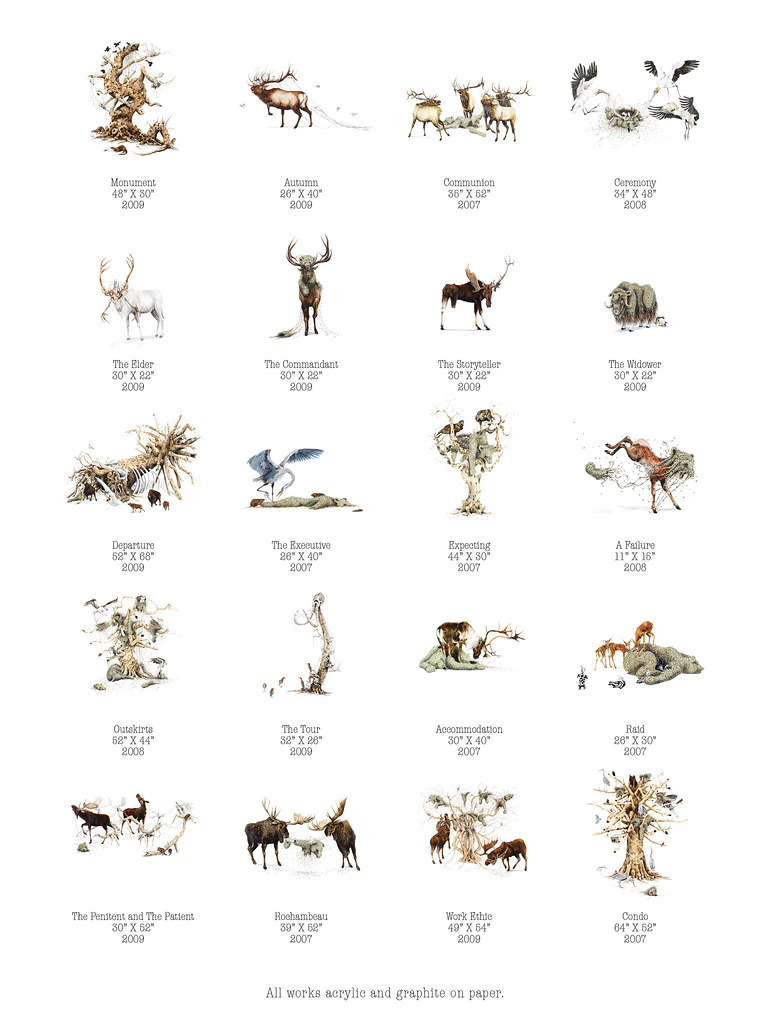 Richmond, VA based artist Ryan McLennan has recently teamed up with Triple Stamp Press to produce what looks like a stunning twenty print portfolio set. McLennan, who won this year’s West Prize(former finalists include Kevin Cyr and Thomas Doyle), has compiled aselection of his twenty favorite paintings from the past three years,with the intent of offering an affordable representation of theartist’s evolution as McLennan gains in both popularity and price.

Often times contemplating the violence and survival needs of thenatural world, ecological devastation, and unadulterated decadence,”Cost of Comfort” practices what is preached by using a bevy ofrecycled and eco friendly components in it’s production including water based inks for the screenprinted cover image and a ribbon pull composed of 100% recycled bottles. Virginia based readers can check it out in person on July 10th at Chop Suey Books, where McLennan, as well as an additional bonus print, will be in attendance. 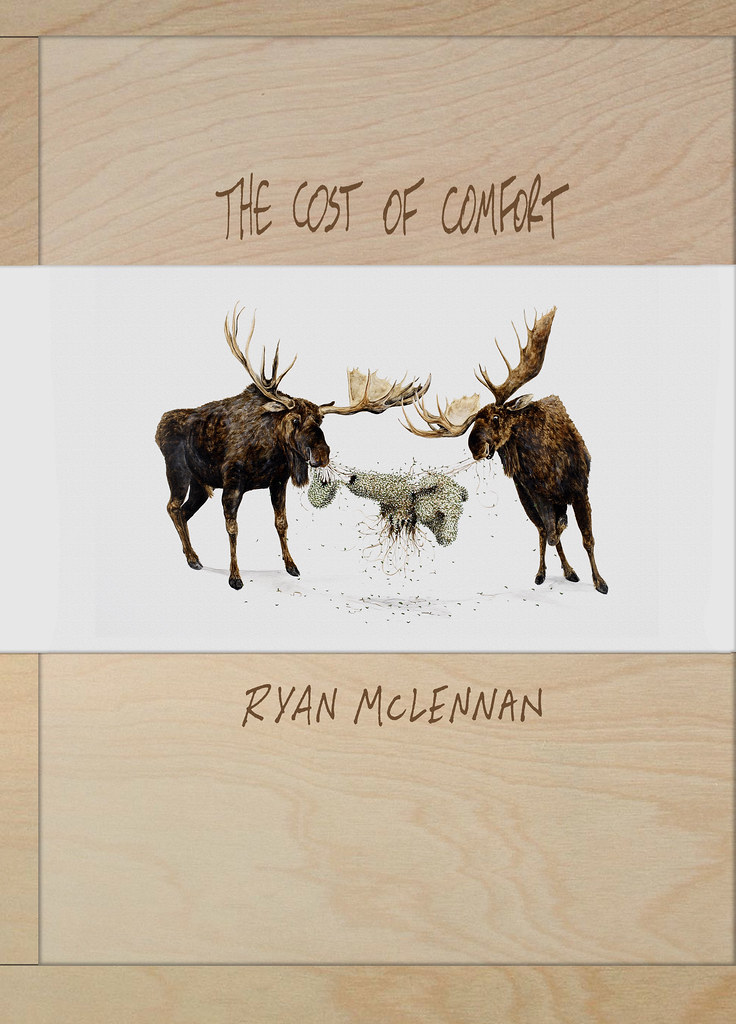 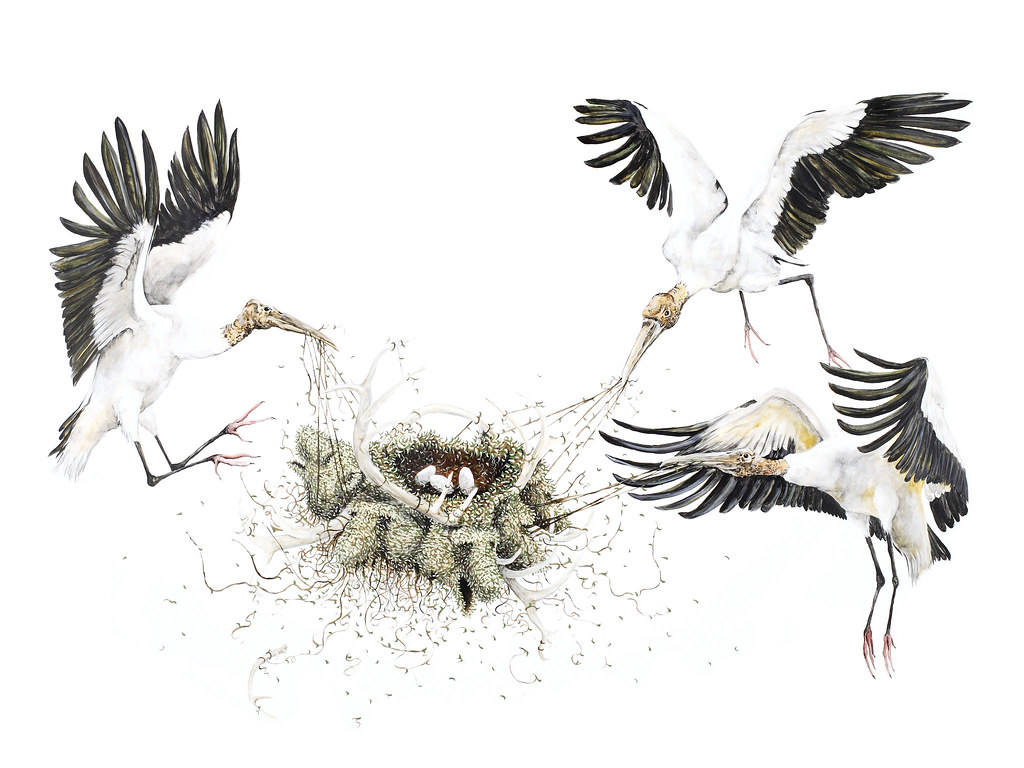 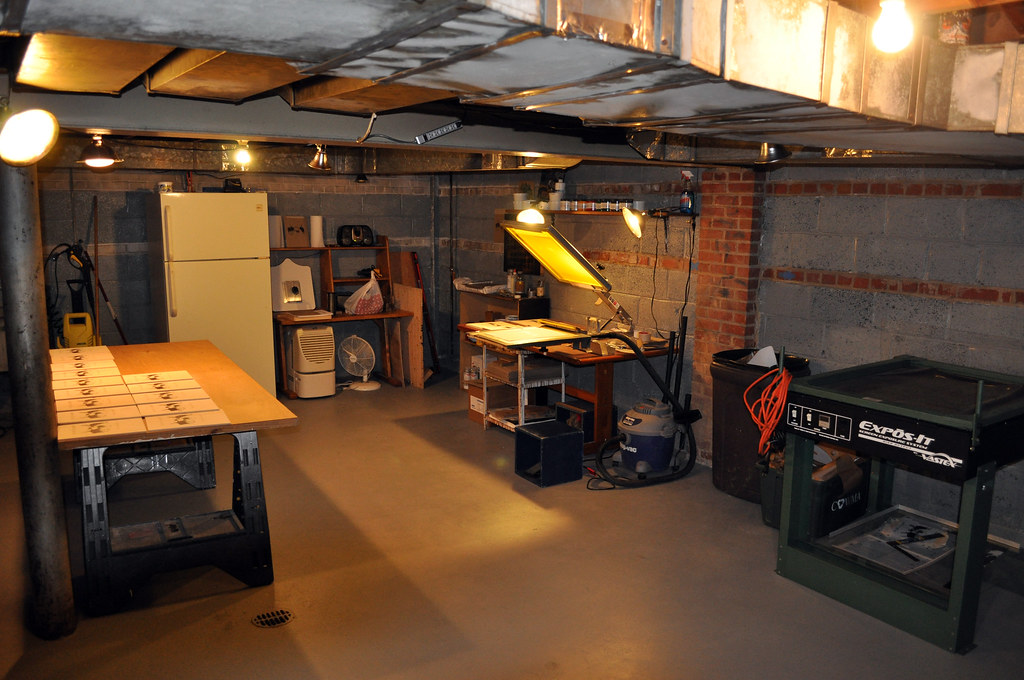 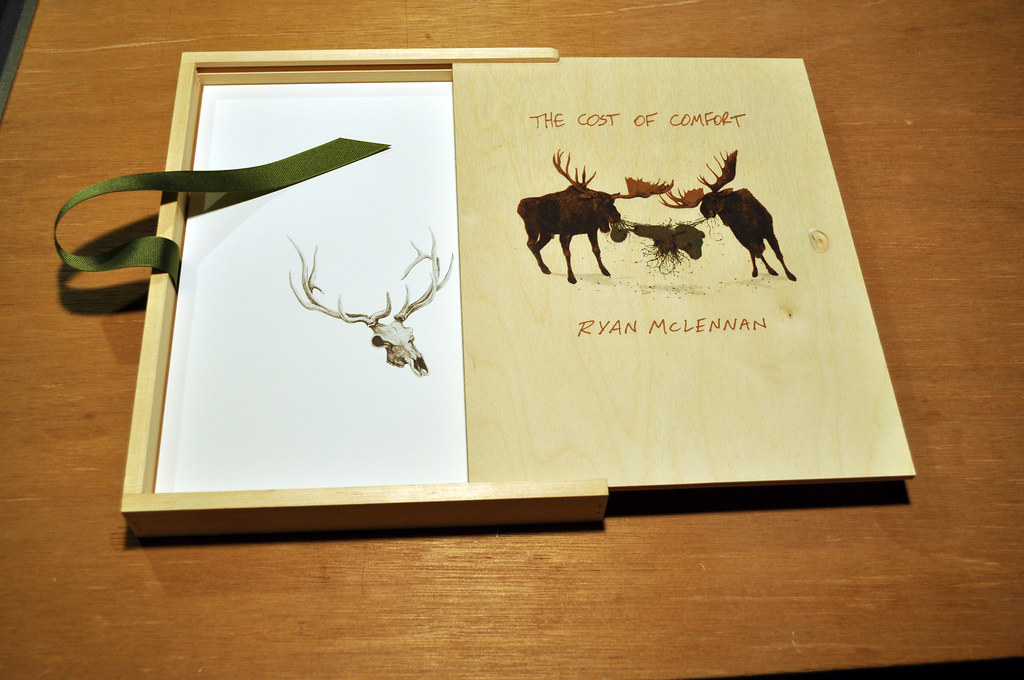 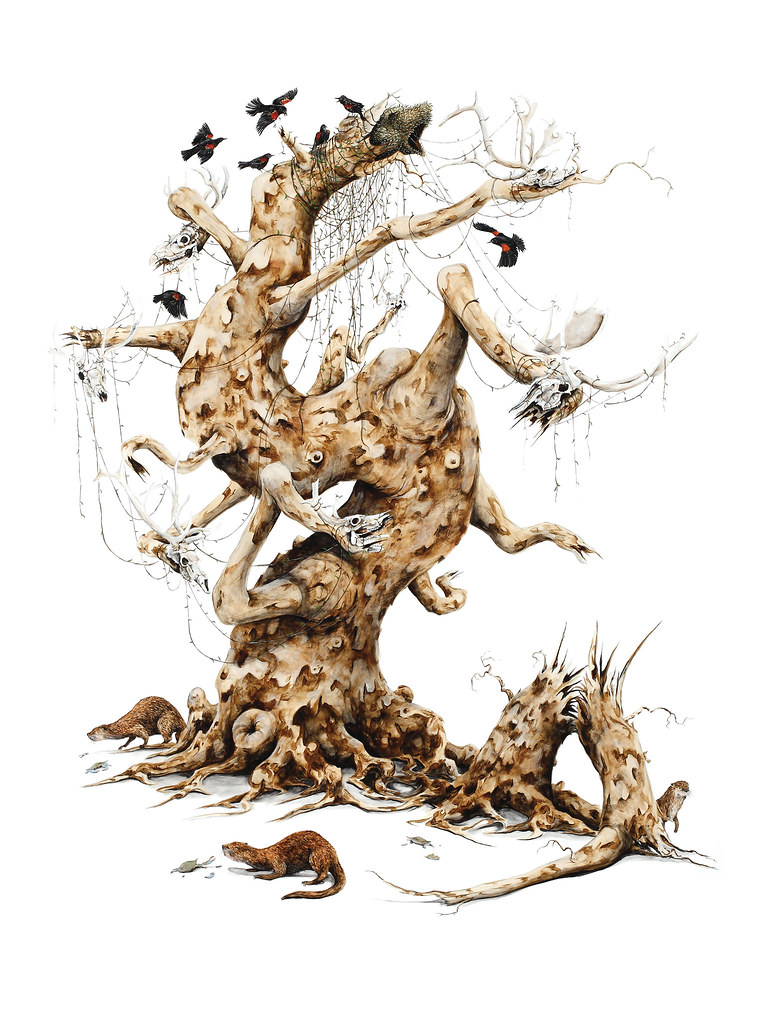 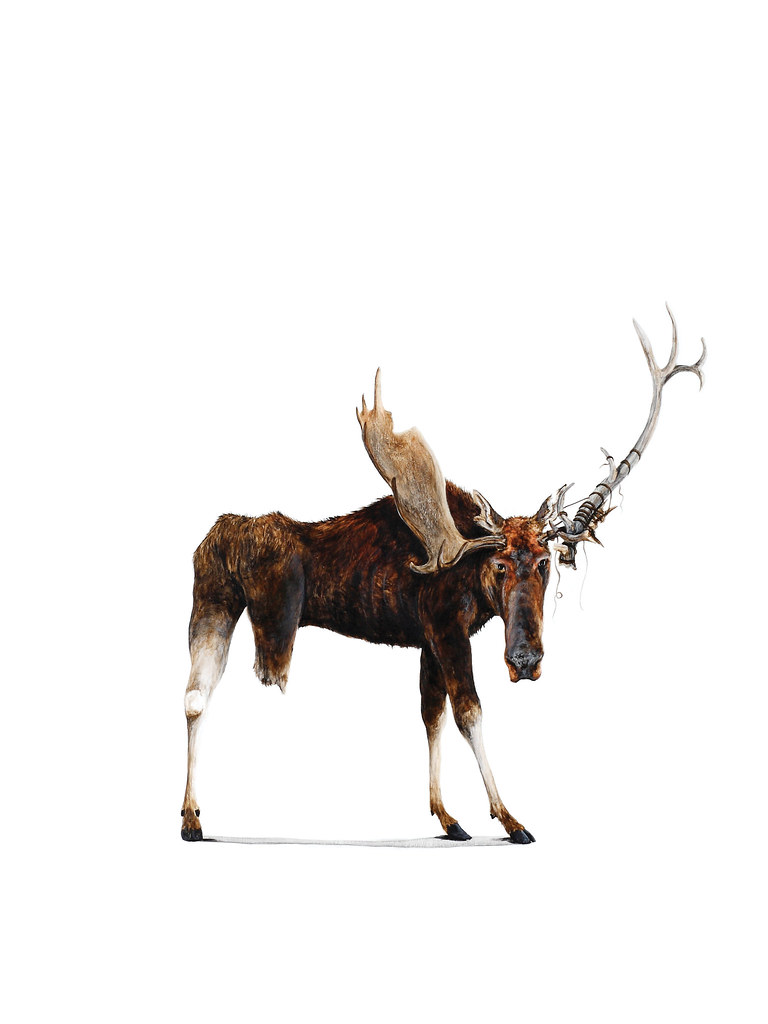 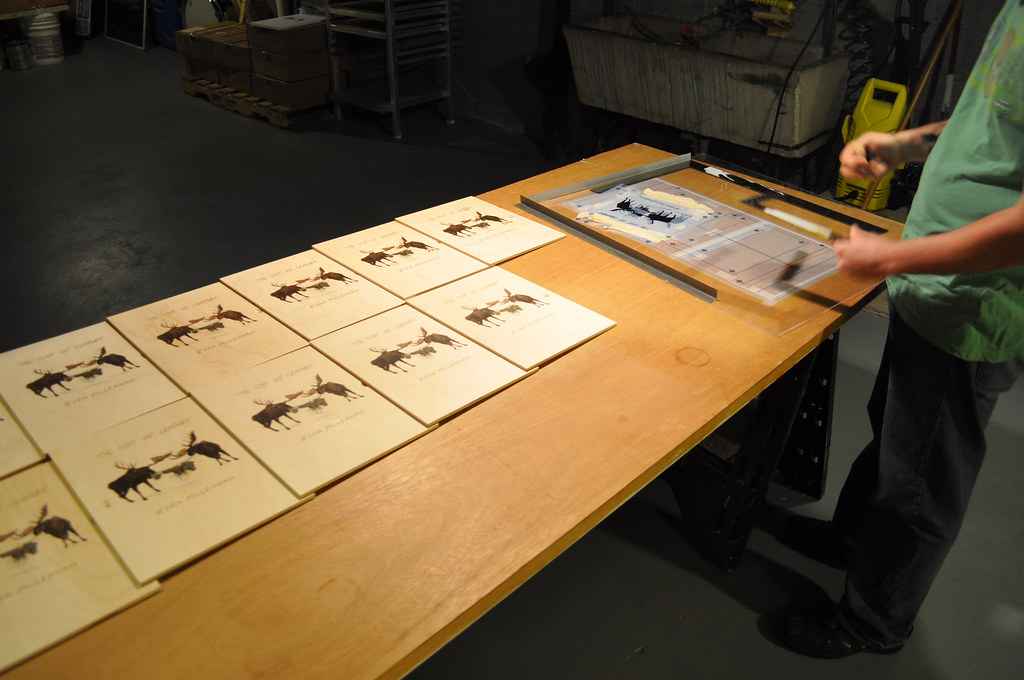