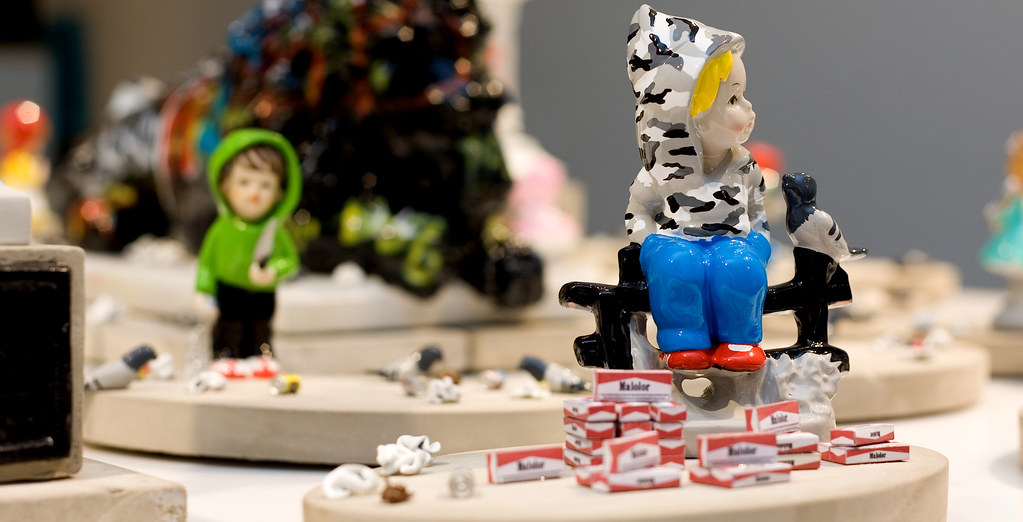 Trafalgar Square, located in the very heart of London, has for almost two hundred years been a destination and attraction for Londoners and tourists alike. Since the Battle of Trafalgar in the Napoleonic Wars, the square has provided continually evolving documentation of the history of the UK with it’s statues, plinths, and as a meeting point for celebration and revolution. Sculptor Barnaby Barford (HF Vol. 8) has created his own rendition of the square, documenting the hidden histories and seedy underbelly of London. A graffiti covered statue, bird shit encrusted columns (pigeons, which once numbered in the 35,000s at the square were actually banned and chased out with trained falcons in 2000), abortion rights protests, stripper nuns, babies drinking hooch, and kids selling counterfeit cigarettes are lovingly represented with overly-cutesy, Precious Momements-esque, innocent looking angels. “The Battle of Trafalgar” is currently on view at OA Gallery in Madrid. Get a closer look at the works here on Hi-Fructose. 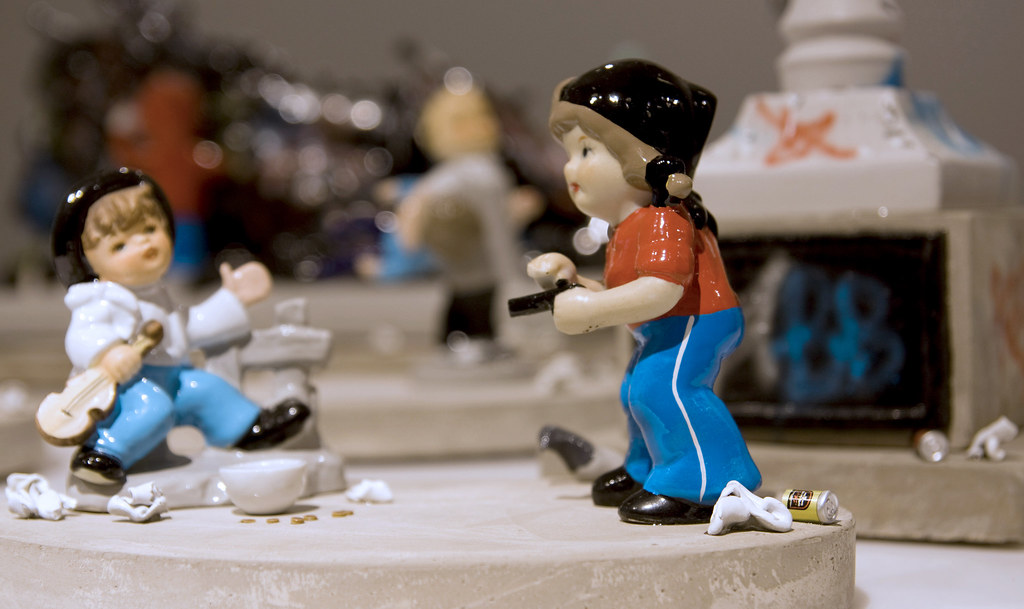 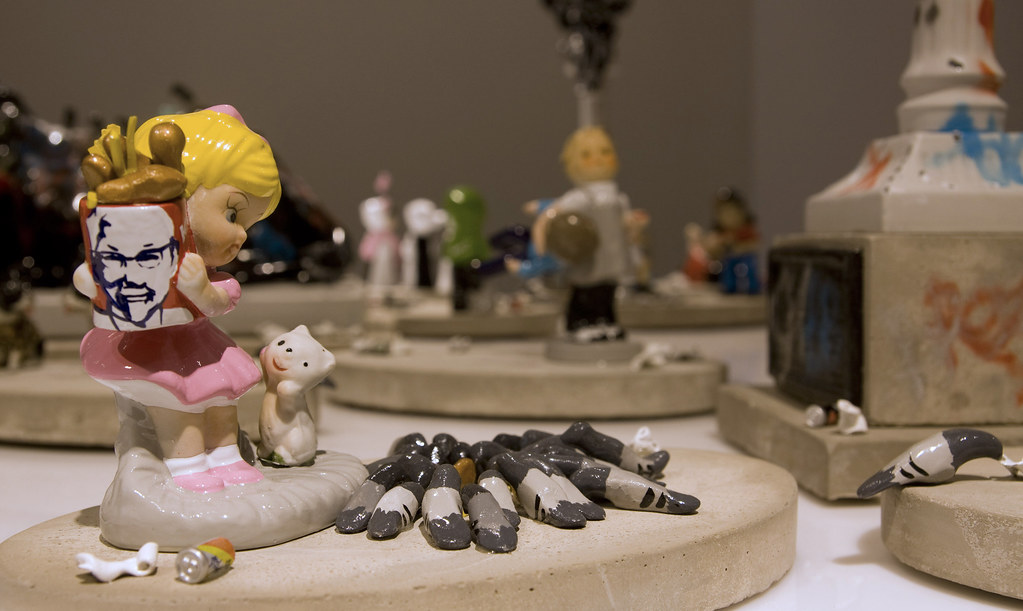 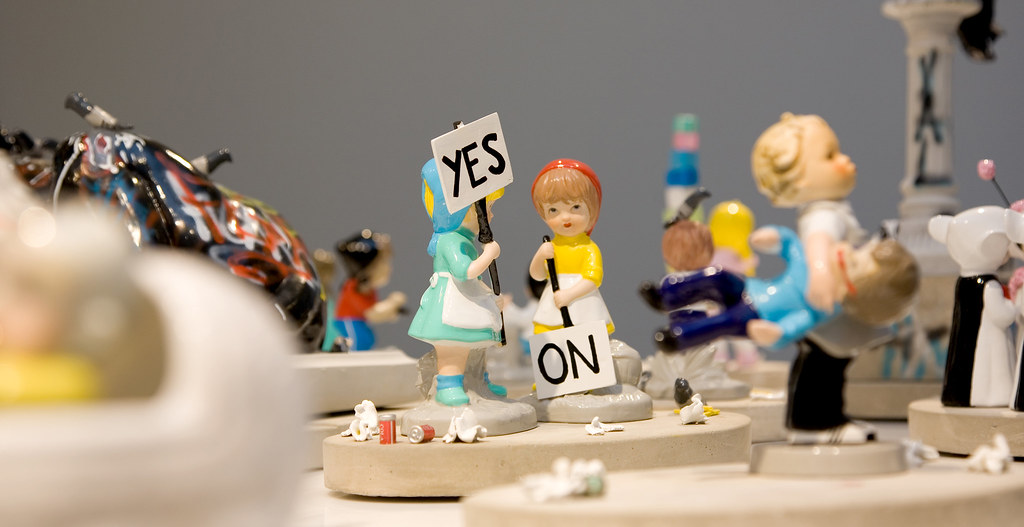