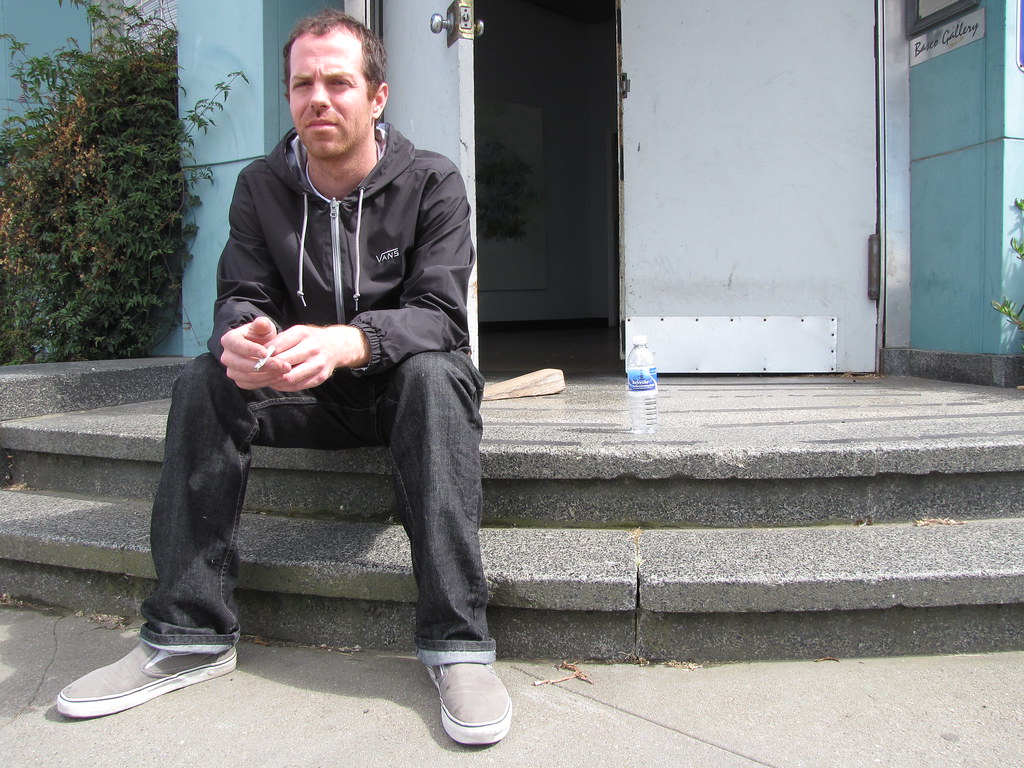 For many artists, and their fans, art serves as an escape; a release, a voyage to another world and another time. A painting of a beautiful naked woman, a scene of violence, the shocking, the surreal, all function as a means to transport the viewer away from the mundane, a chance to live vicariously and carefree from the day to day toils and troubles. Brett Amory functions at the polar end of that spectrum, his work redirects the viewer back to the real world and reexamines the mundane.

Waiting. At a bus stop, in a line, at the DMV, it’s a pretty tedious thing, thank goodness we’ve got our iphones, books, kindles, and mp3 players… Amory, oddly enough, finds beauty in this most tedious of chores. He captures the moment, washes out the background and focuses on the Now. His work finds beauty in the banal, serenity in the soporific. With his debut solo quickly approaching at Culver City’s Thinkspace Gallery, this is one show we can’t wait for.

Brett kindly invited us to his studio, check out a first-look at his new body of work and studio below. 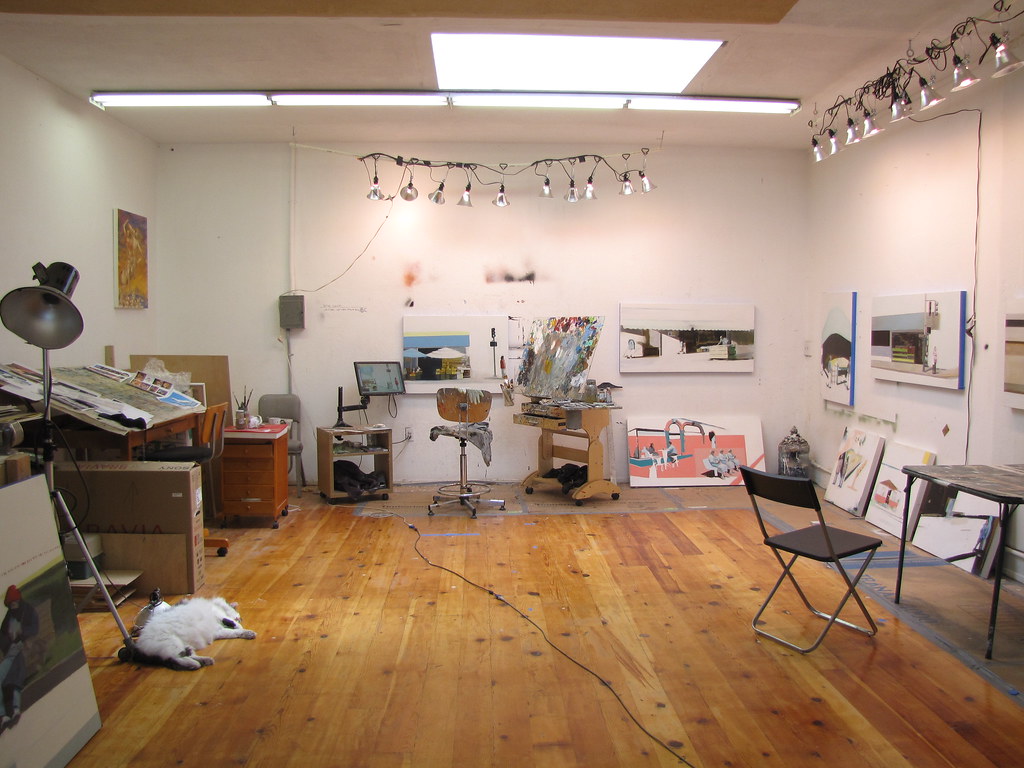 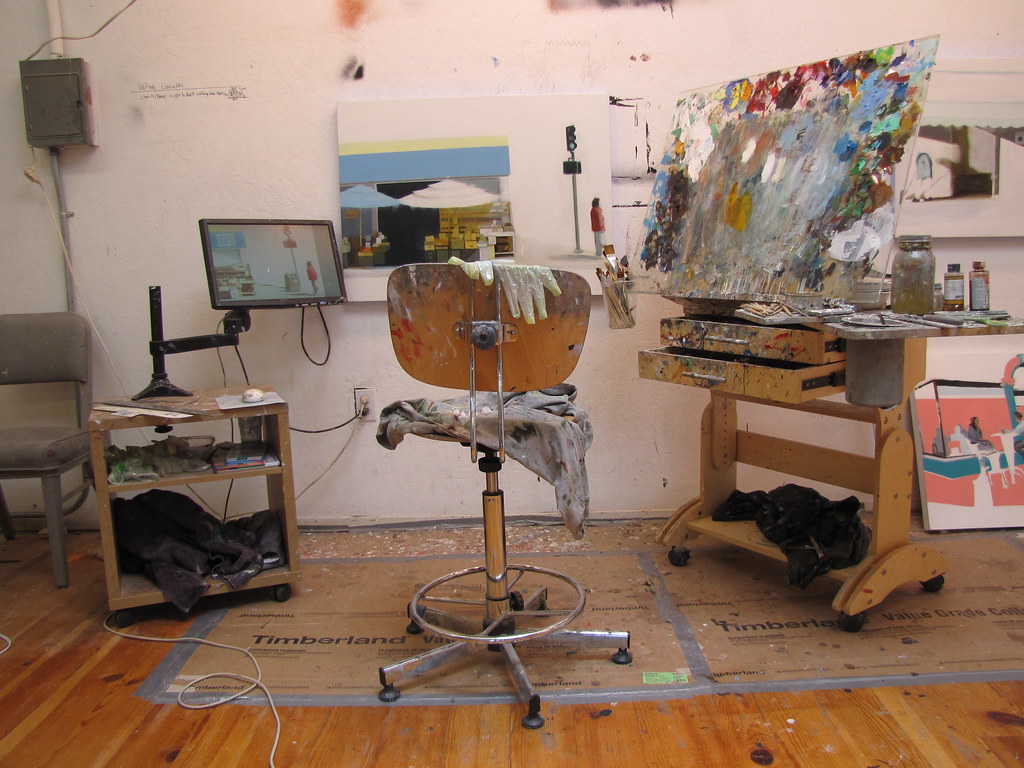 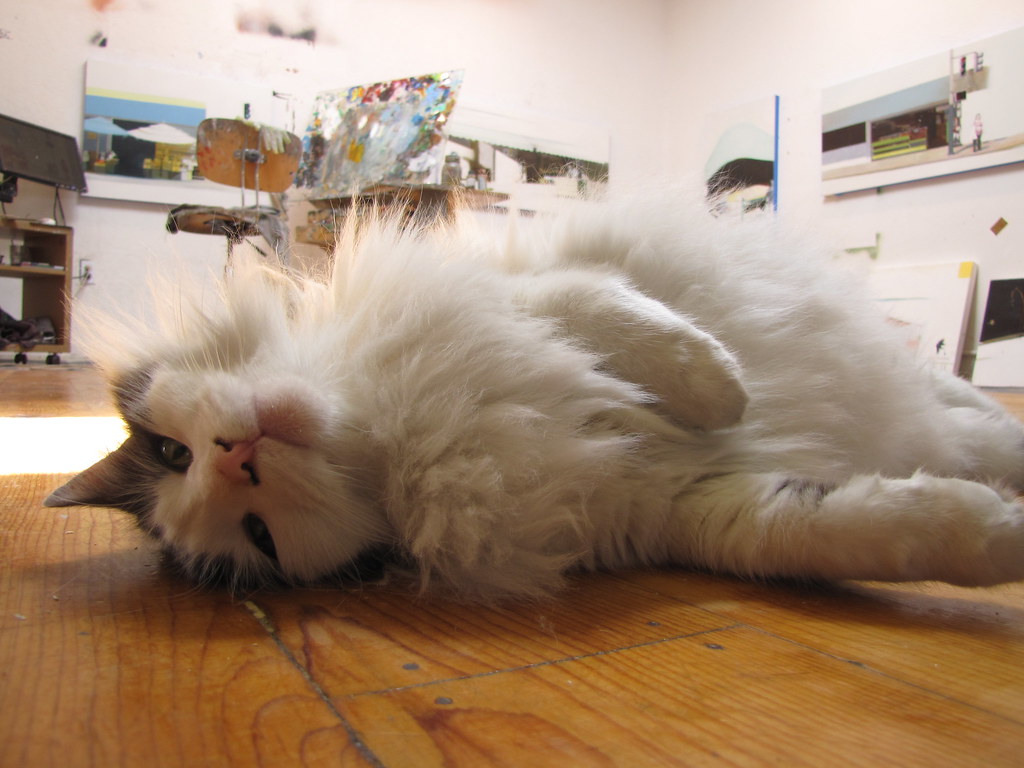 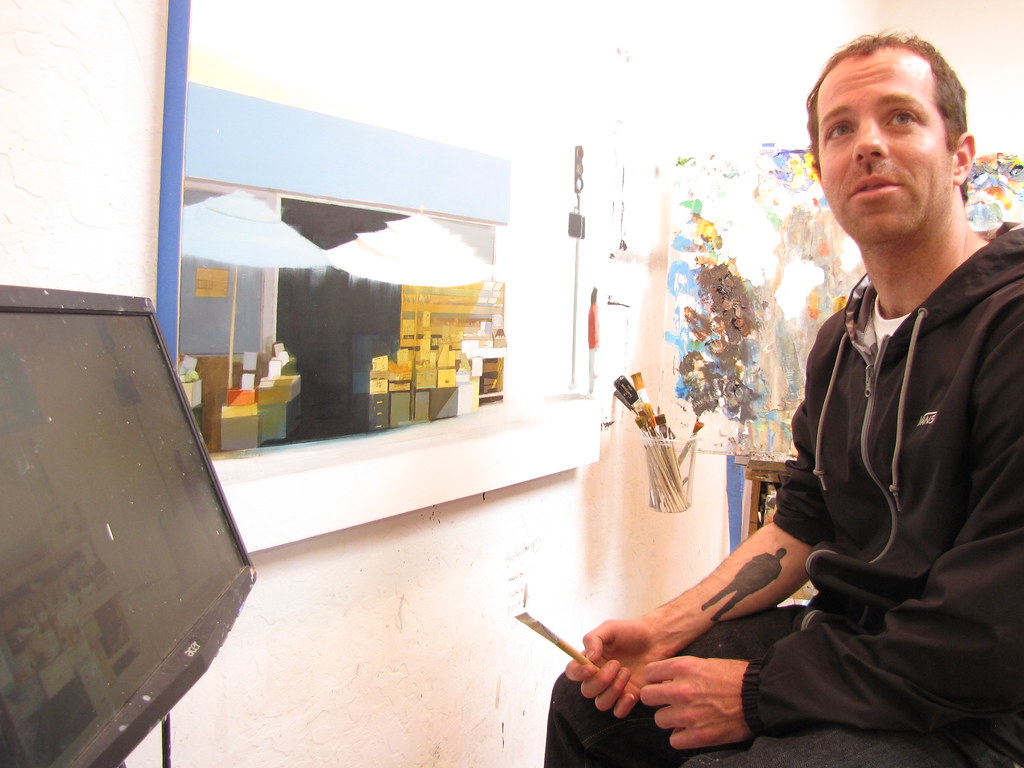 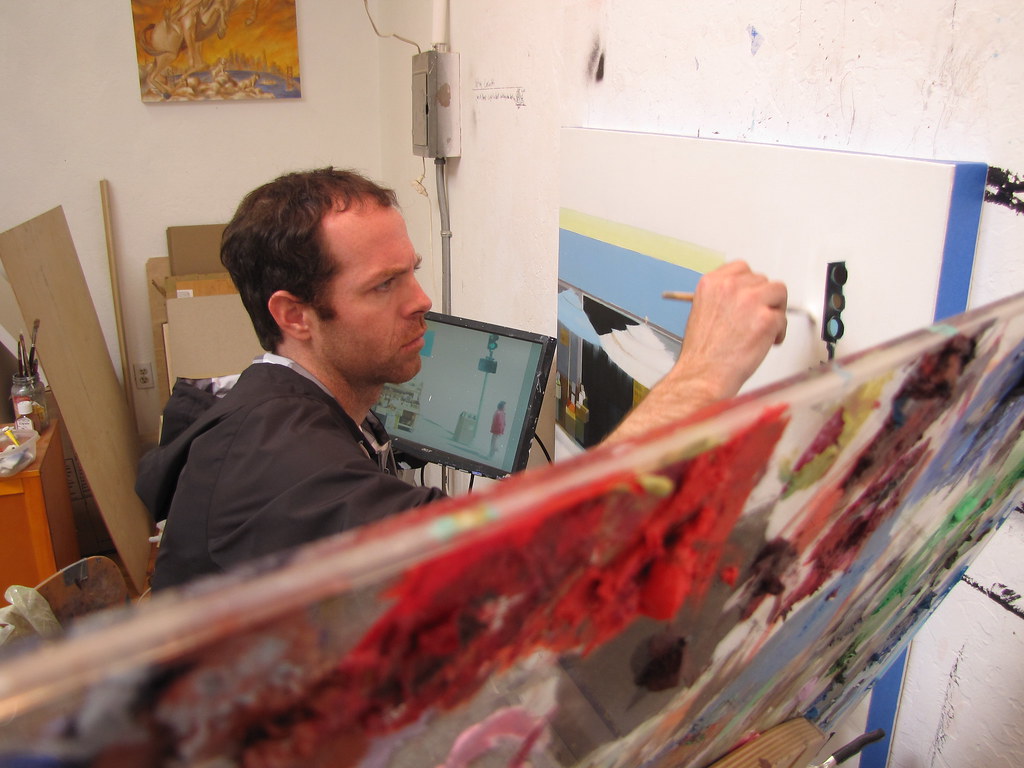 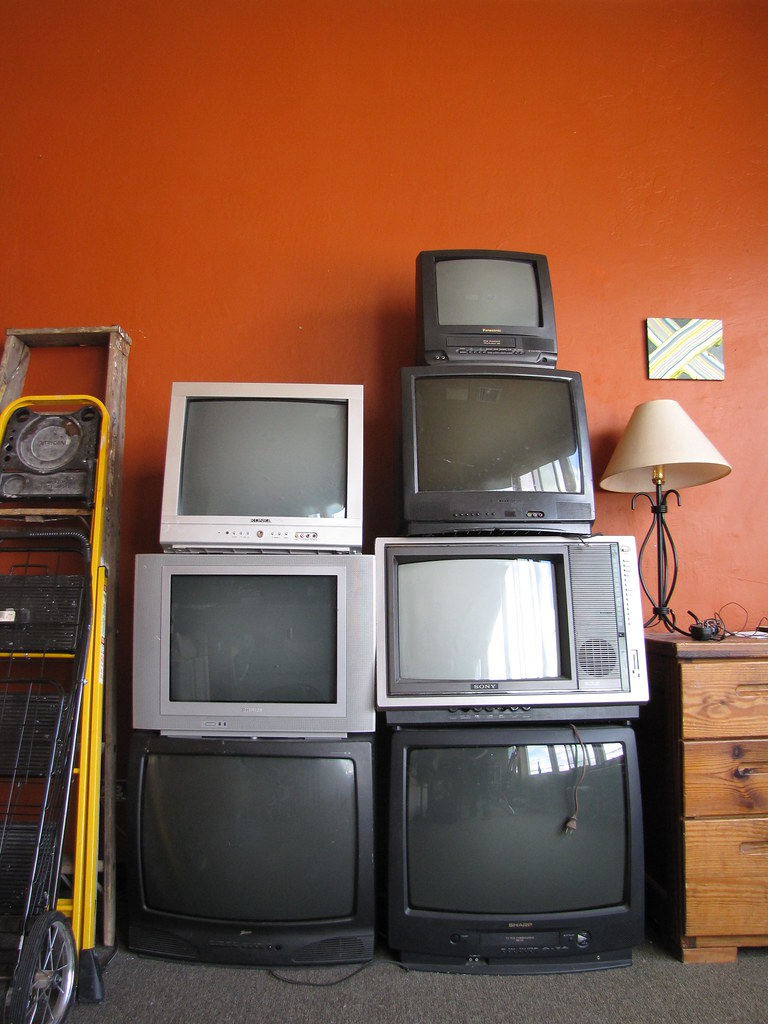 Look for an interesting installation piece happening later this year… 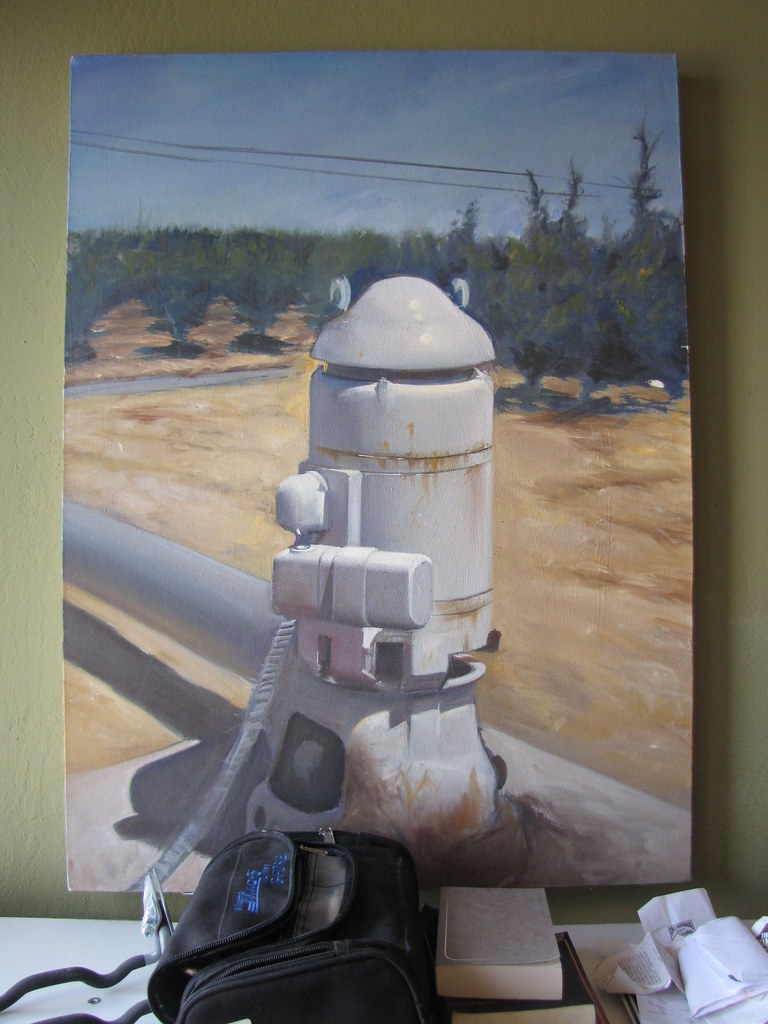 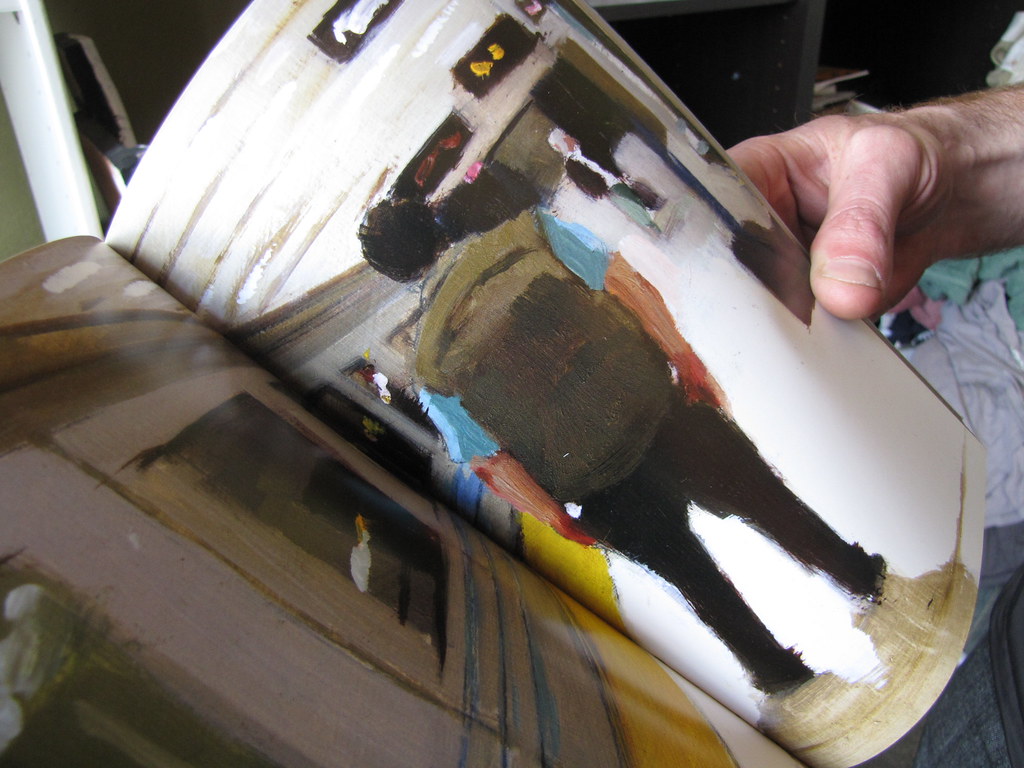 A piece similar to the one Brett traded with Mars 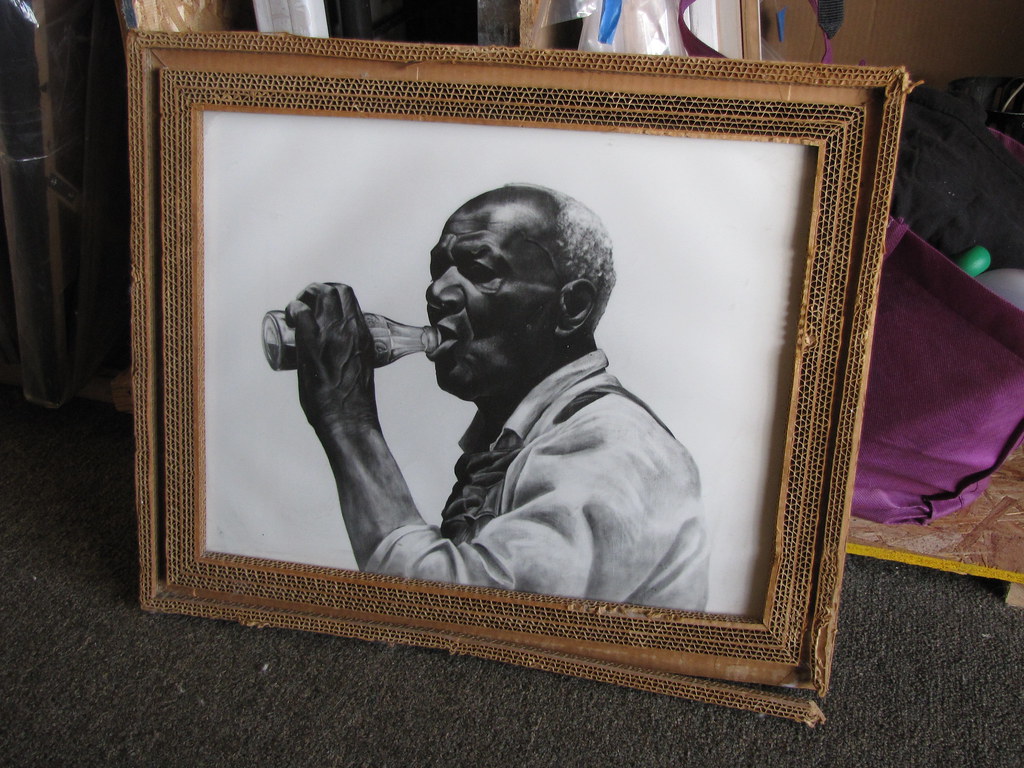 A piece by Brett’s uncle 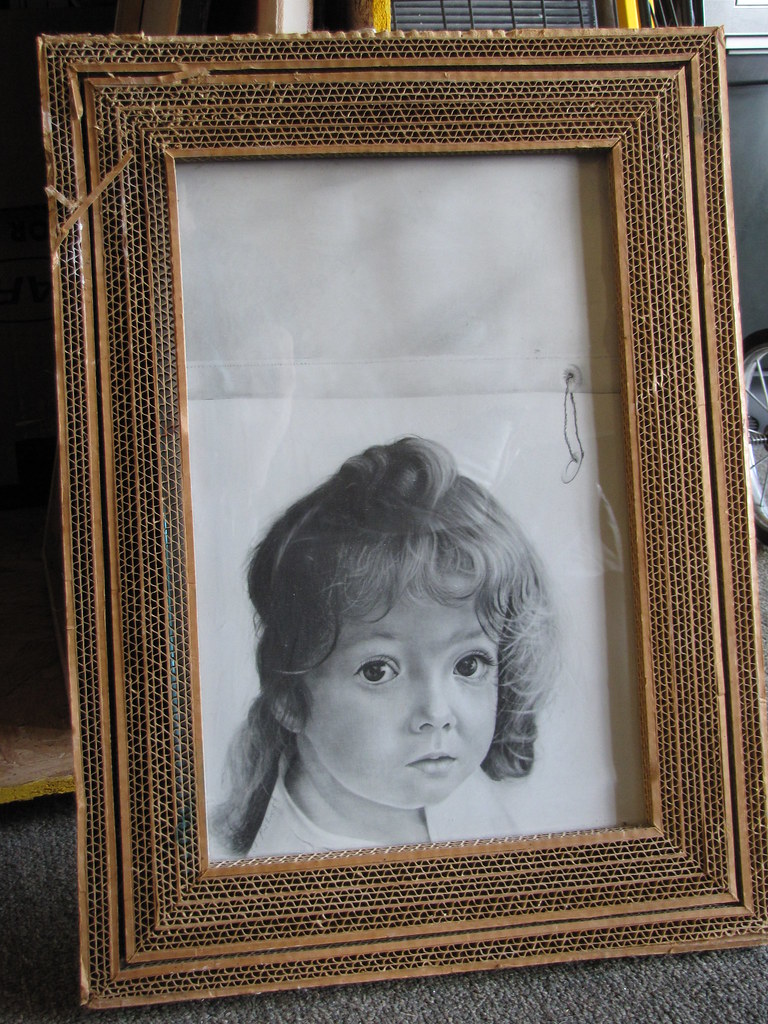 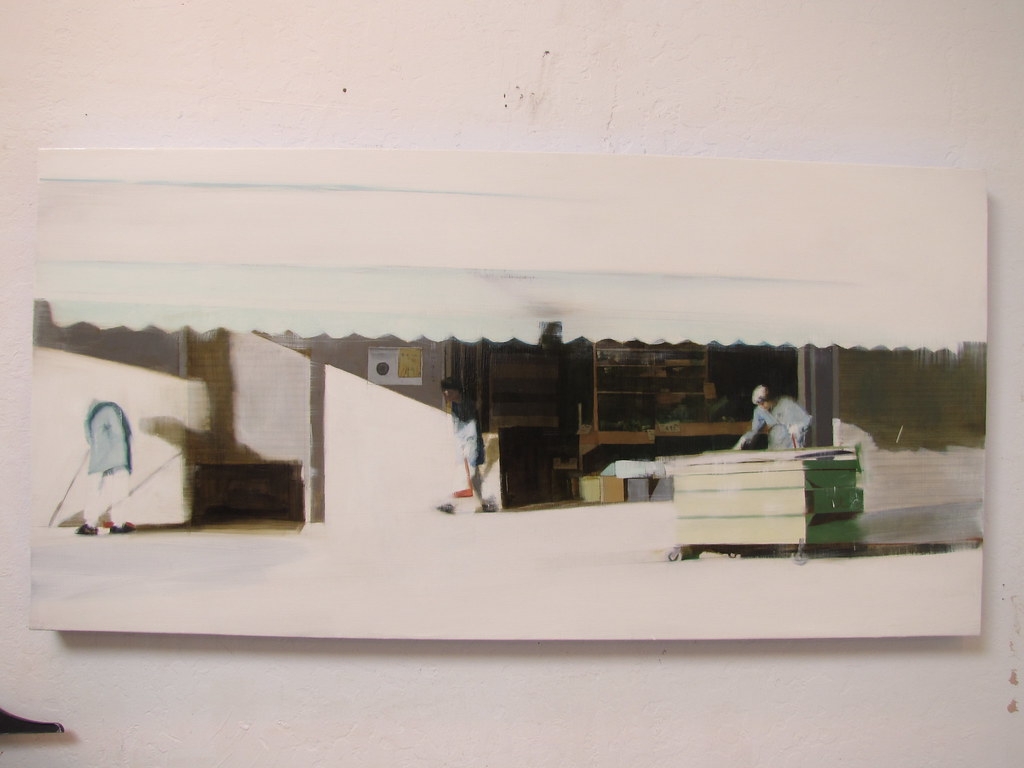 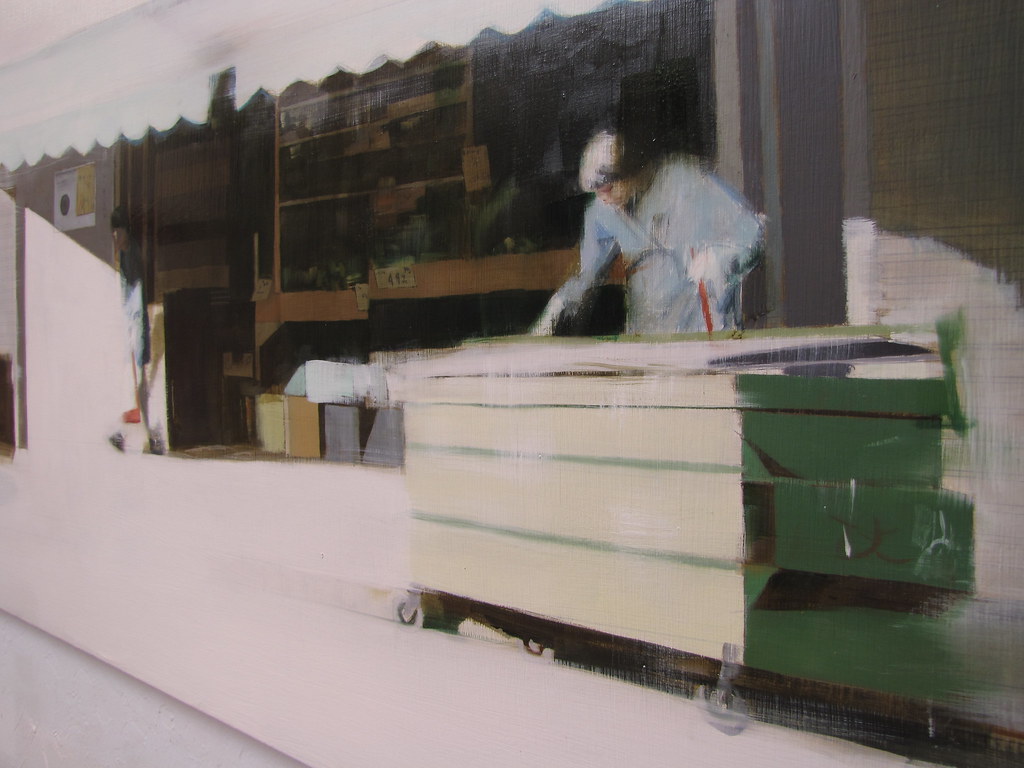 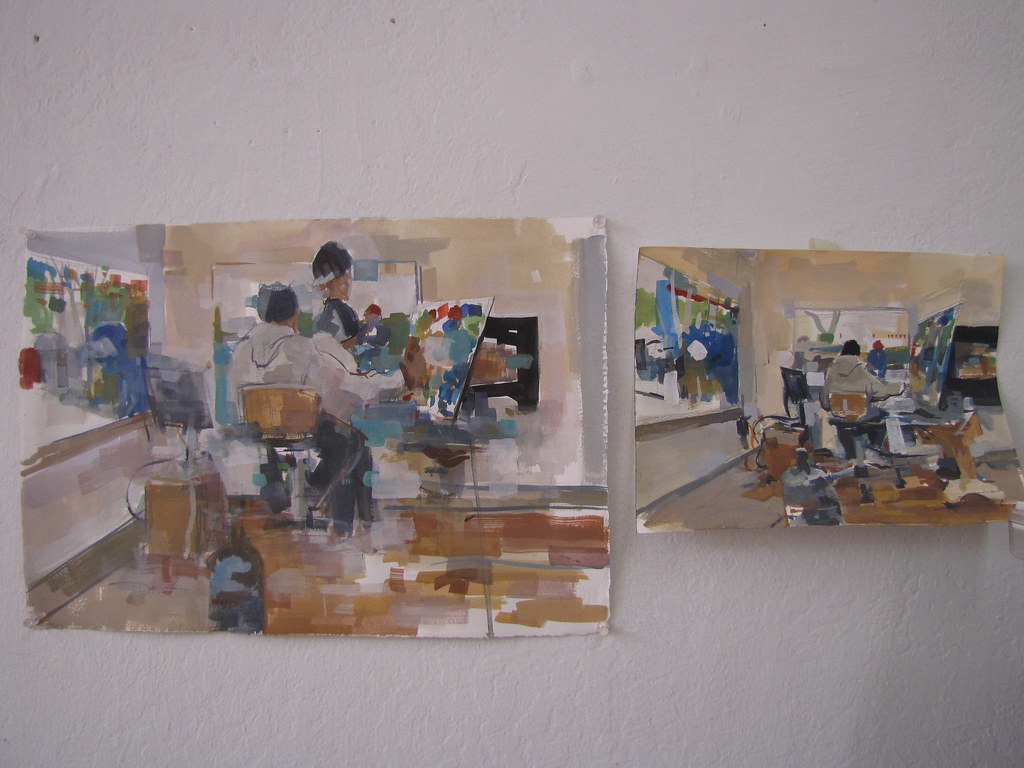 Portraits of Brett working in his studio by Gage Opdenbrouw 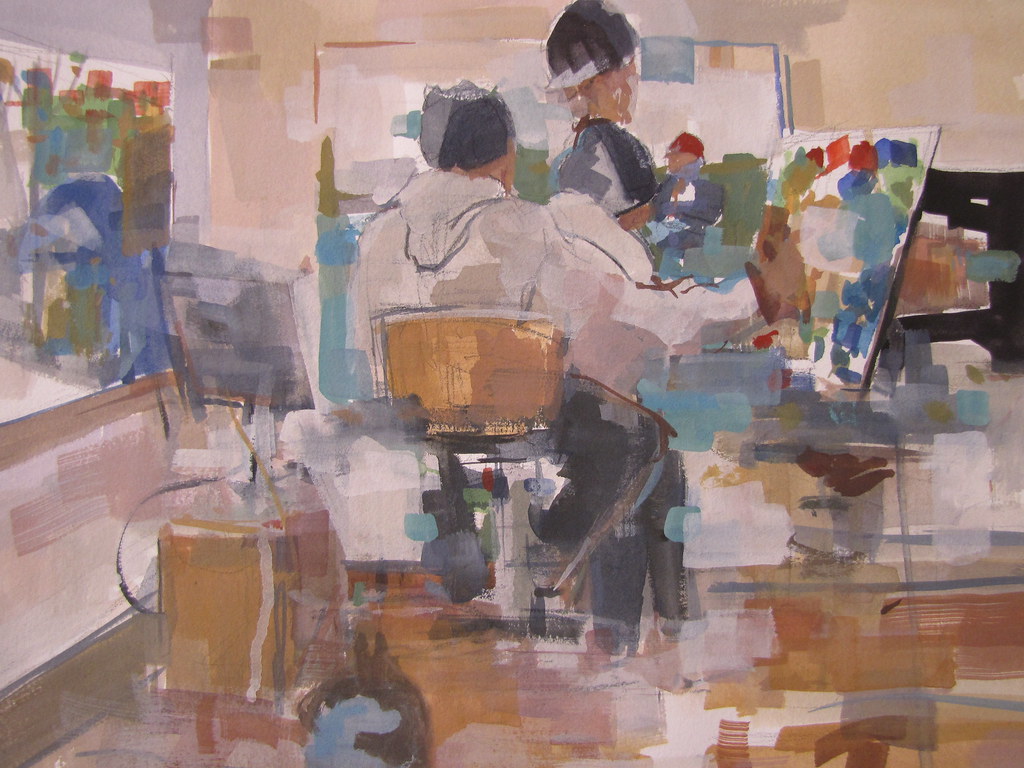 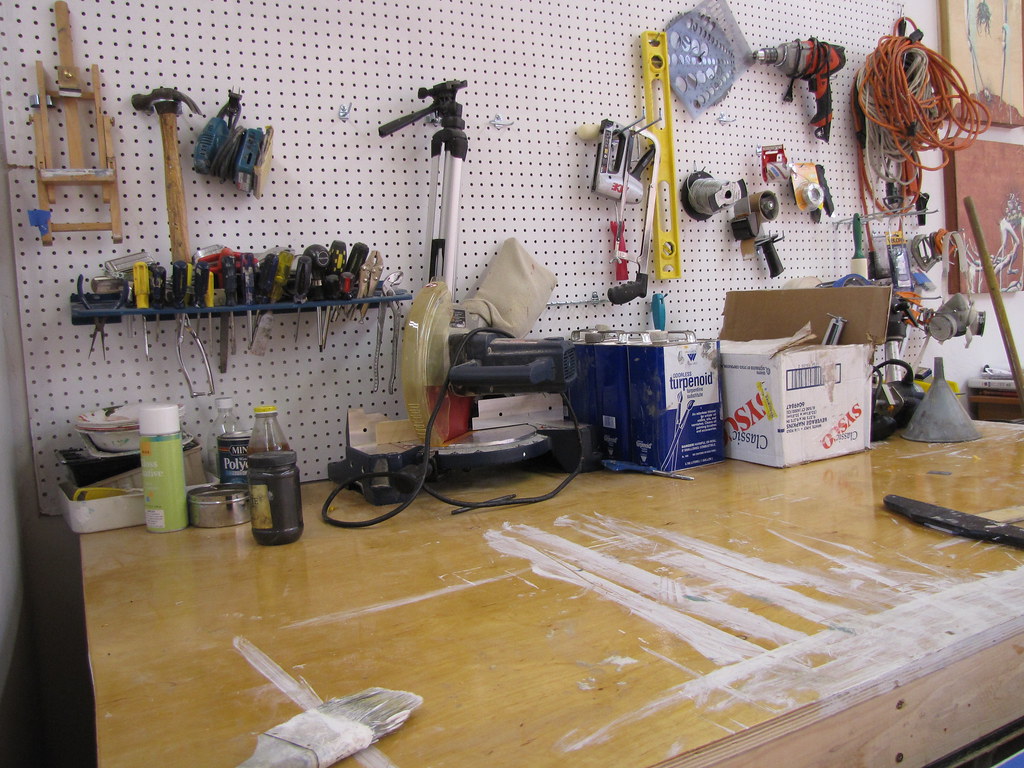 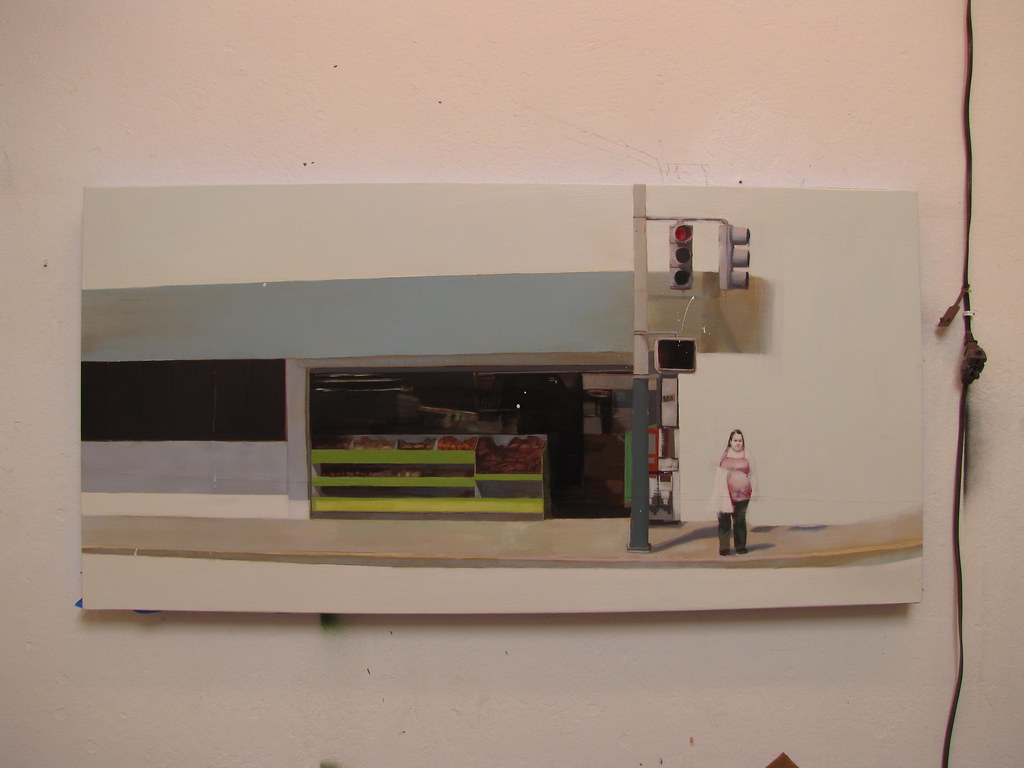 Another new piece for the Thinkspace show 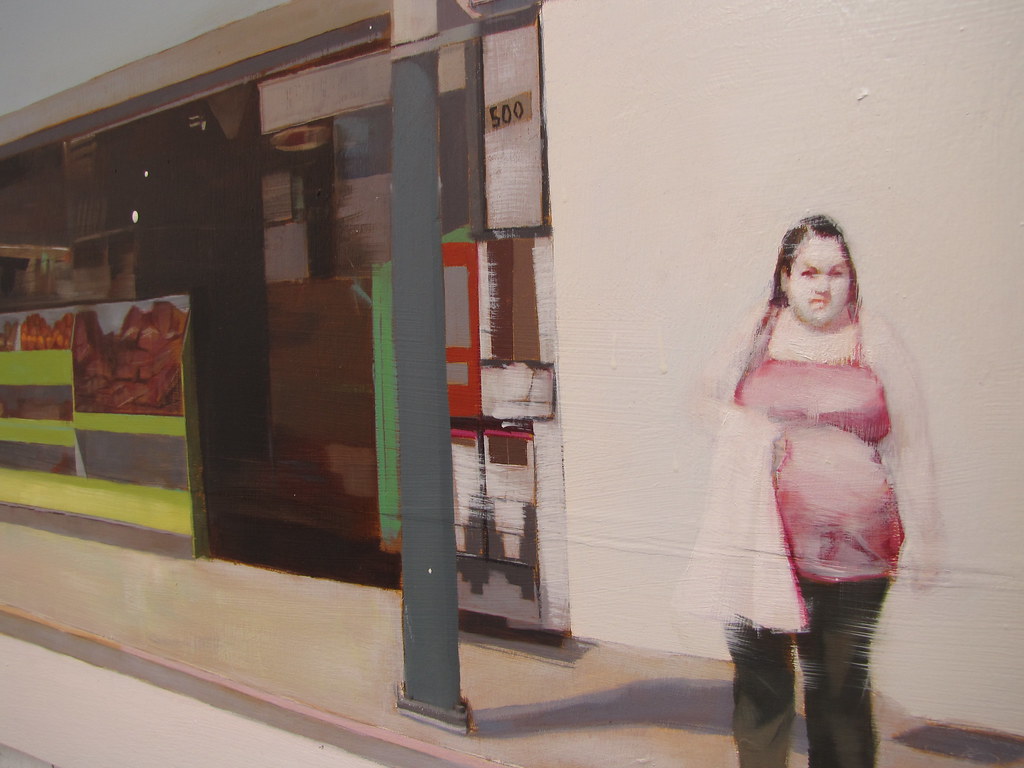 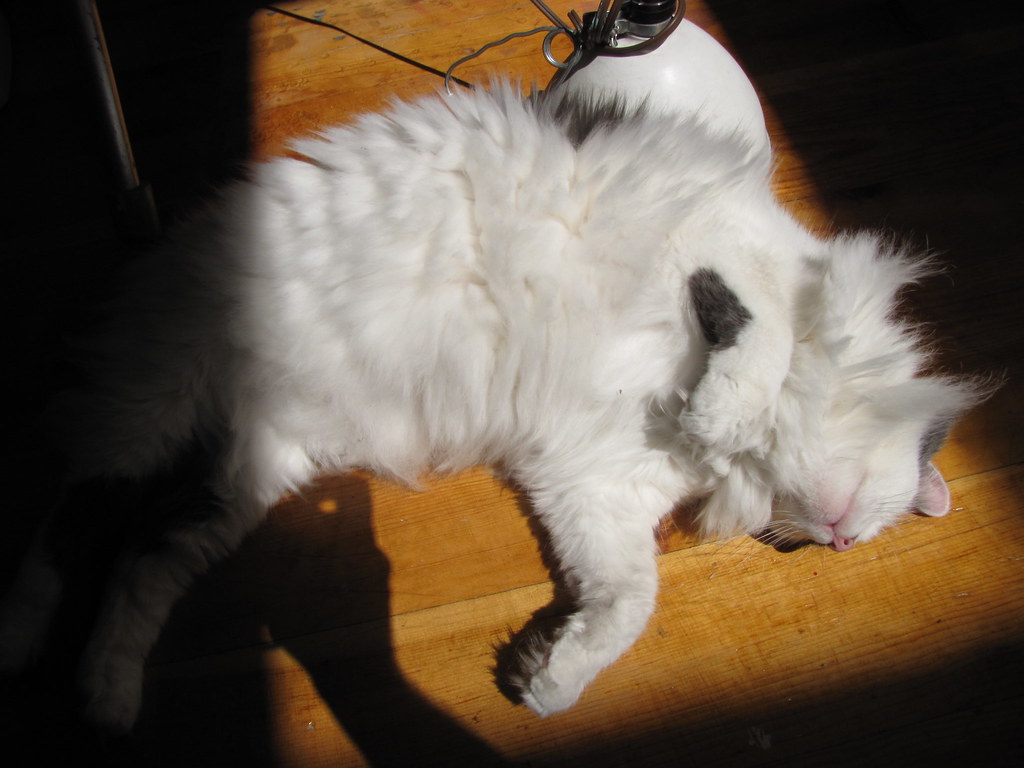 Minus doesn’t seem to mind waiting!

For a nice studio visit with Ekundayo, check out Arrested Motion