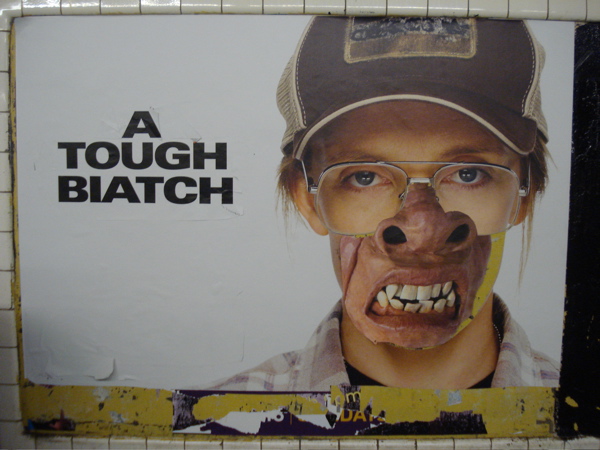 Now, now, now, don’t get too excited… we’re encouraging you to support the freeing of NYC street artist Posterboy who was recently sentenced to 11 months in prison from an apparently vindictive judge. Posterboy has been delighting metro transit riders throughout Brooklyn and NYC for the last few years with his cut and torn subway advertisement campaigns. The image above was actually featured in Banksy’s recent “Exit Through the Gift Shop” documentary. Posterboy book publisher Mark Batty has started a “Free Posterboy” Facebook group, and though we don’t think it could ever pull enough weight to get Posterboy as a host for SNL, at the very least it certainly is nice to show some support for the artist in his time of need.