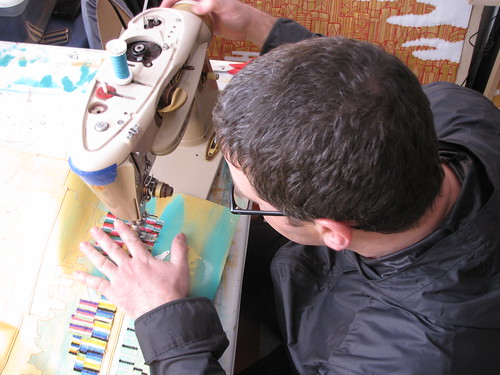 Equipped only with a vintage sewing machine and a pair of cutting shears, San Francisco based artist Ramblin’ Worker creates top notch design in an otherwise mundane medium. Hi Fructose recently visited Ramblin’ Worker’s studio to catch up, have some beers, and check out his latest body of work. Steve, as he’s legally known, got into the more DIY medium after graduating from college in the early aughts. As many a student of the arts has discovered, after graduation Steve found himself broke and more importantly, without the resources an art school so generously provides. Lacking the space for a darkroom or the money for oil paints, Steve found a happy compromise in a compact sewing machine and some thread. Since then, Steve has shown at the Max Fish Gallery in New York as well as at Gallery Three in San Francisco. He had a piece in the 2006 Deitch Art Parade and will be returning to New York on April 24th, 2010 for a solo show at Fuse Gallery. Pictorial studio visit below. 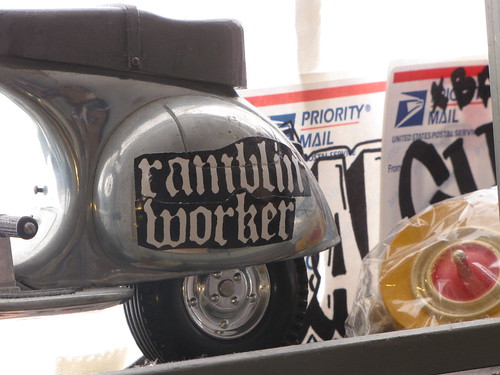 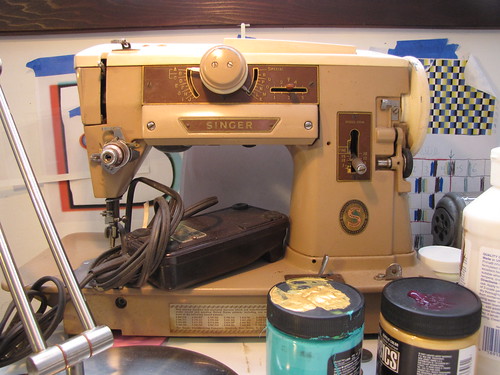 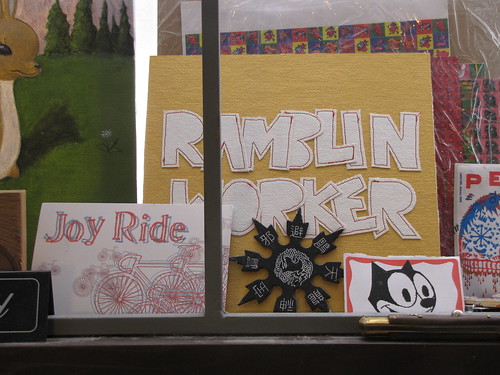 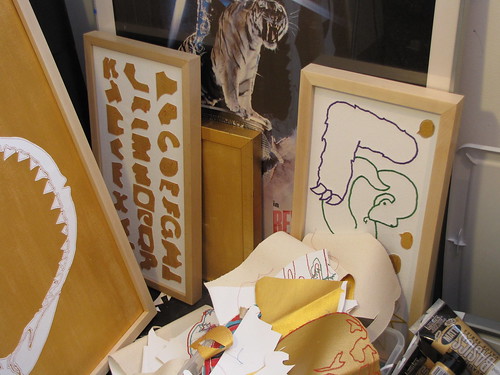 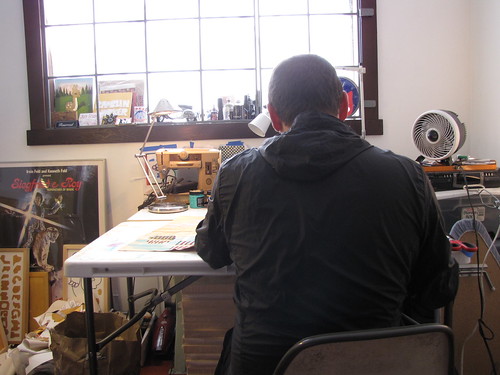 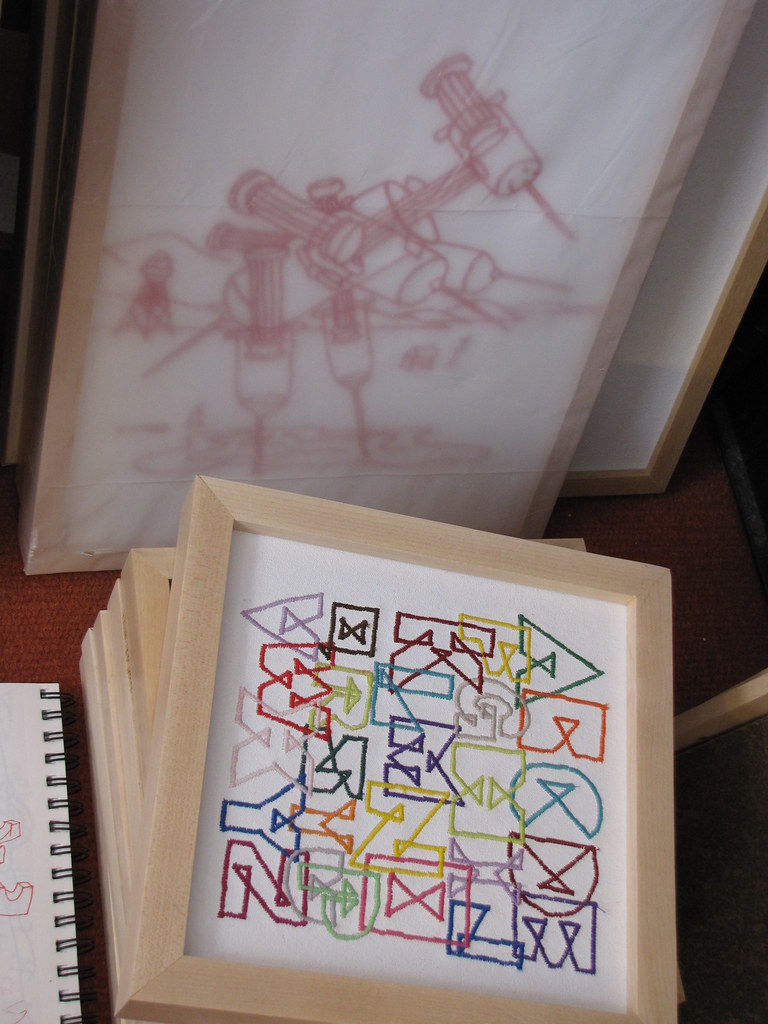 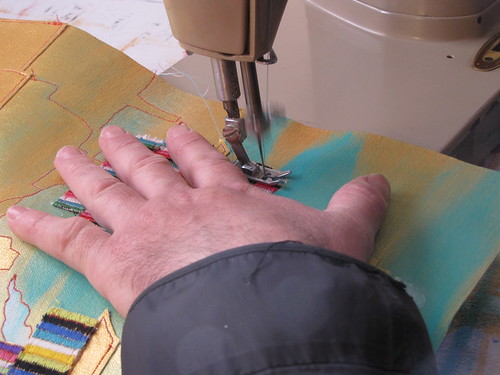 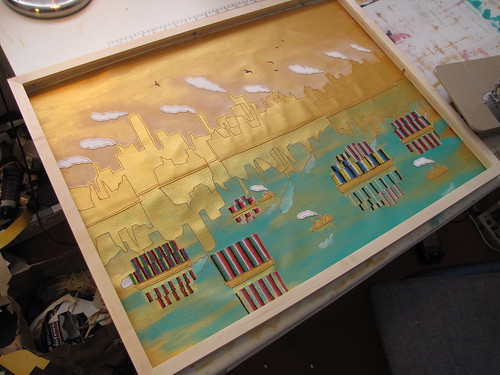 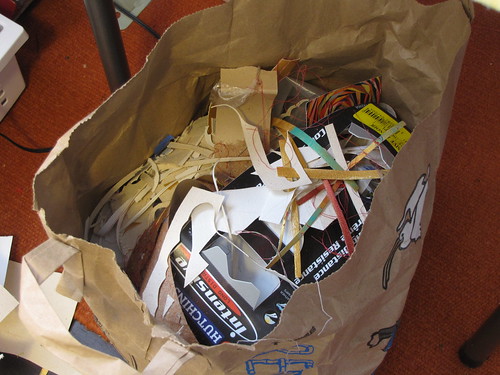 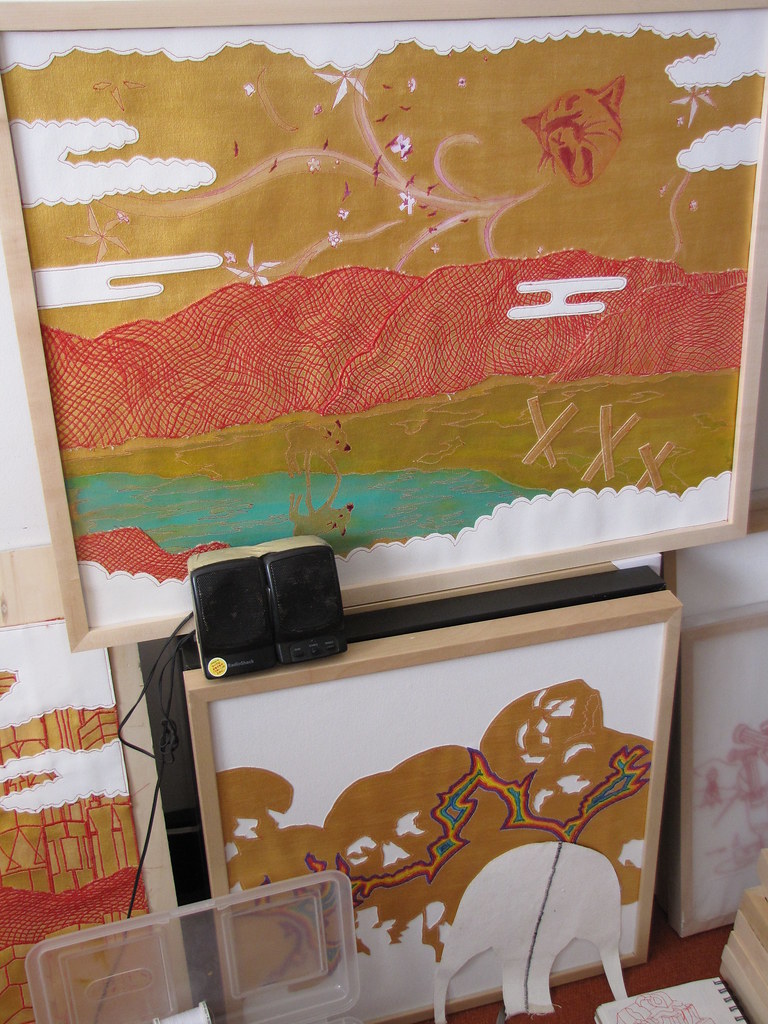 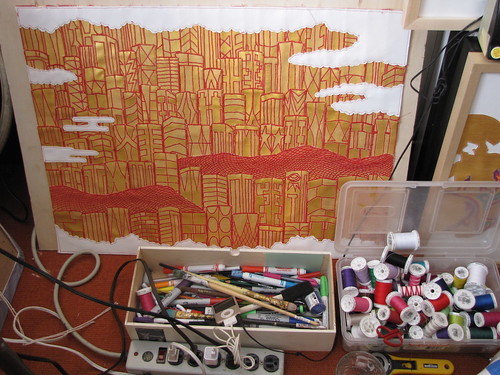 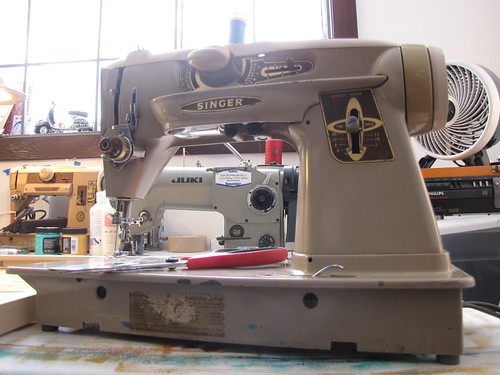