“Remedy for the living II”

A Solo Exhibition by Vincent Castiglia

On Friday January 8th in the Year of Our Lord, 2010, as white embers blanketed the Swiss landscape like a grave, Vincent Castiglia’s latest solo exhibition opened to a burgeoning crowd in city of ZÃ¼rich. His work, hung at the Museum of Porn amidst fellow edifices of false idols and pornographic indulgences found themselves amongst kindred spirits which reflect man’s obsession with the soulless human shell. Castiglia’s close friend and patron, Tom Gabriel Fischer formerly of Celtic Frost was in attendance alongside members of his current band Triptykon. For those of you who cast virgin eyes upon Castiglia’s body of work, and a very literal manner of speaking at that, it’s imperative to peer into the realm of the artist himself to fully comprehend the gravity of the work’s undertaking. Vincent, the twenty-seven year old surrealist and New York City native, lives and works (appropriately enough) in the City’s “Hell’s Kitchen” neighborhood, and was the first American artist granted a solo exhibition by Oscar Award-winning Swiss surrealist, H.R. Giger, at the H.R Giger Museum Gallery in 2008, in GruyÃ¨res, Switzerland. 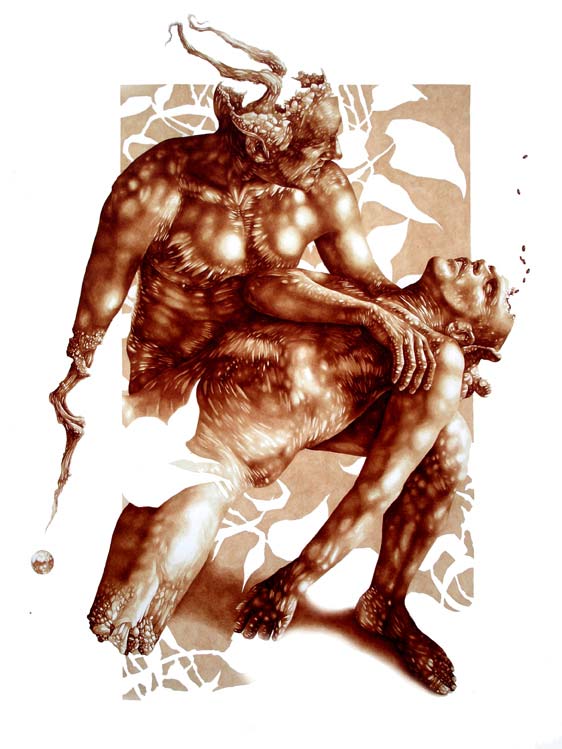 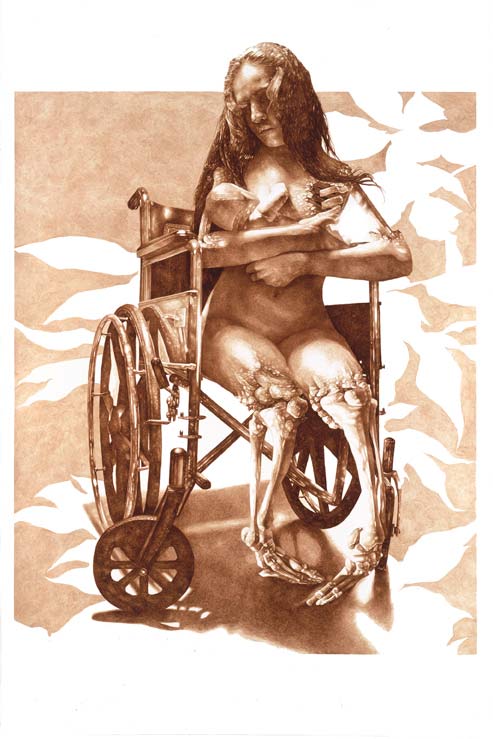 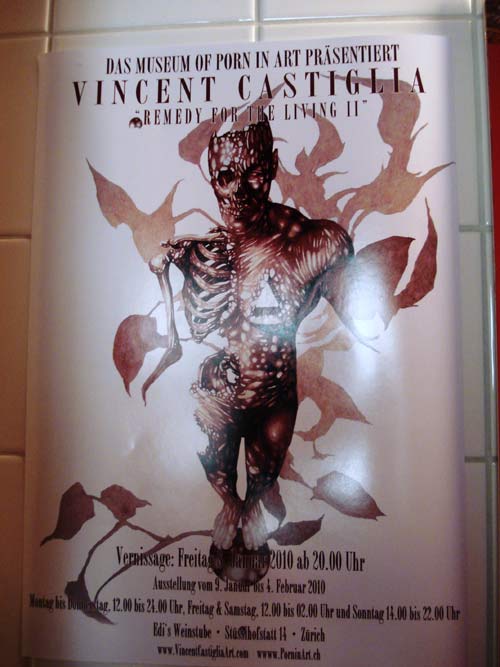 Upon first viewing Castiglia’s work it is not so readily discernable as to what medium is employed in producing the painstakingly intricate paintings. The necrotic monochromatic tableaux of beautiful decay and reinterpretation of religious mysticism are meticulously painted solely with Castiglia’s own blood (which anhydrates as iron oxide), adding yet another dimension to the already overwhelming cannon of works. 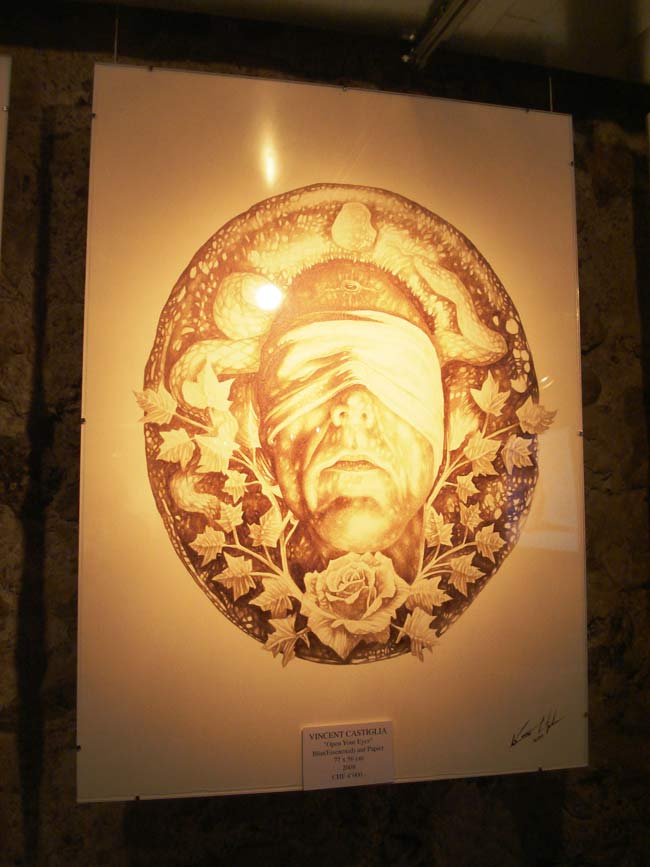 The viewer is not merely presented with the human form as a illustrative vessel depicting the interrelationships between the peculiar phases in its own life cycle, but rather is forced to mirror one’s own mortality via the cognizance of the blood itself—translated into diverse patterns on canvas. Many have found themselves peering through the gaps of their quivering fingers in the vain attempt of shielding their eyes from the revelation of each subject and that of the medium used to create it; a near instinctive reflex from the sight and comprehension of blood which they remain confronted with. Yet the work, with its intricacies and fractal-like layers of complexity, lulls the viewer into the innermost realm of the artist himself. The intention being, as articulated by Castiglia himself, a manifestation of the spiritual body into a physical form, so as to typify the artwork as an astral reflection of his human form. 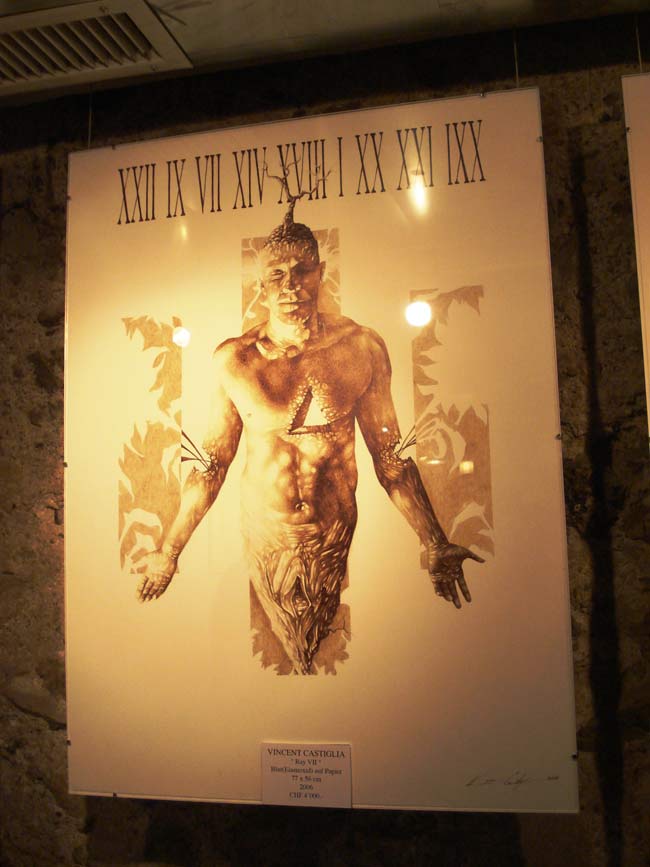 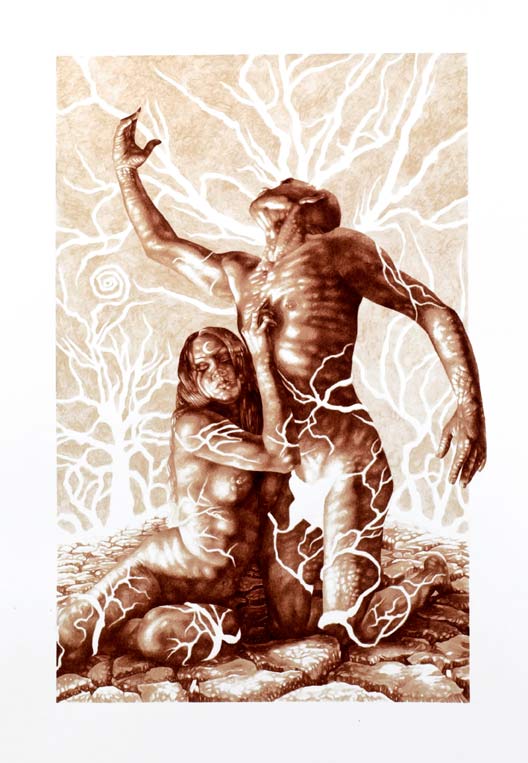 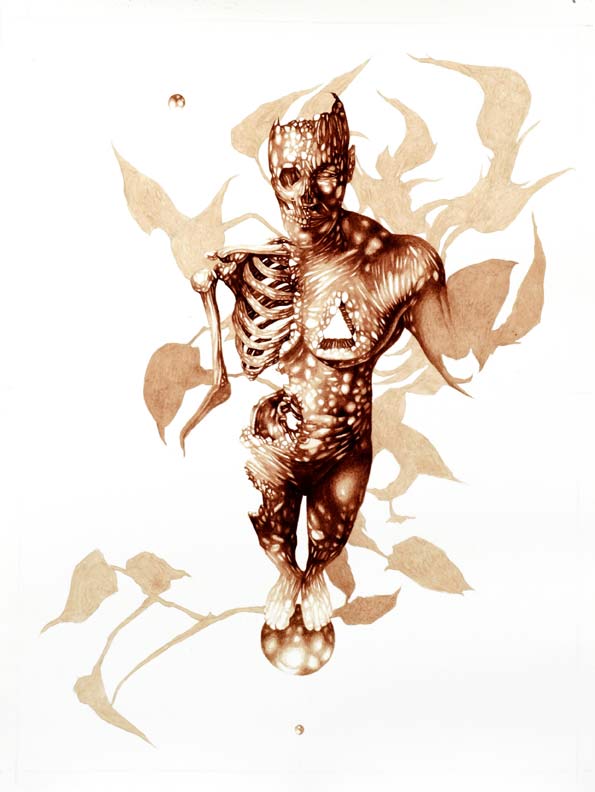 To catch the rest of the work included in Remedy for the Living II, ending February 4th, 2010,
visit the Gallery for more information. 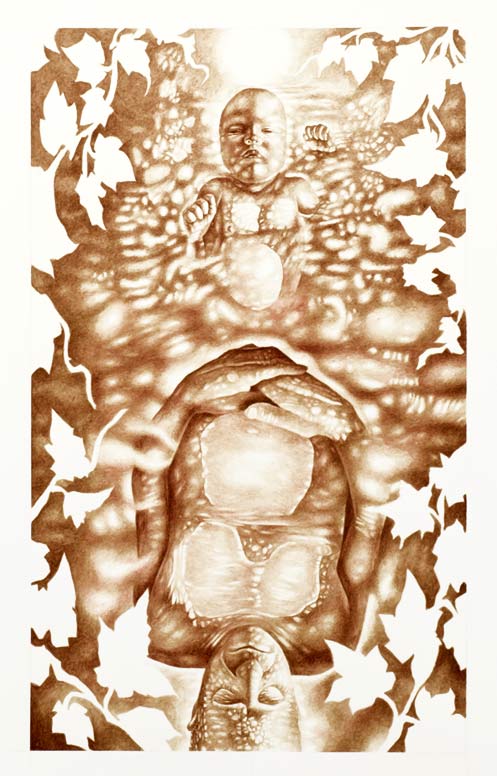 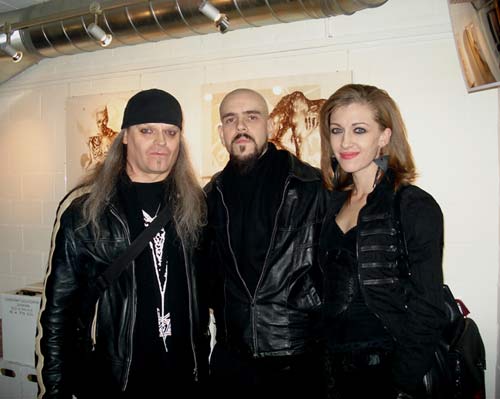 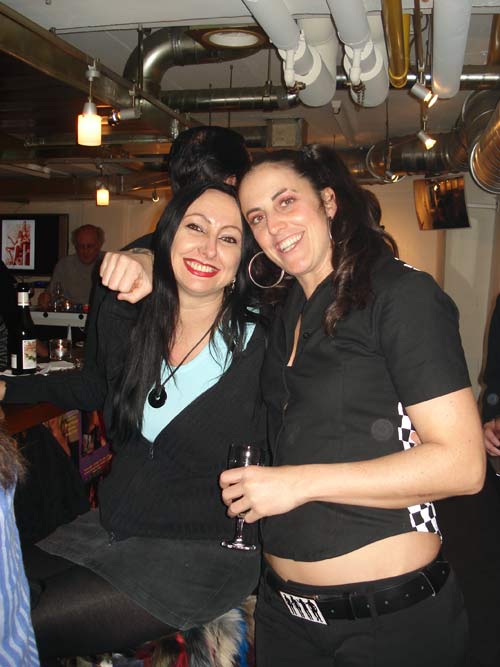 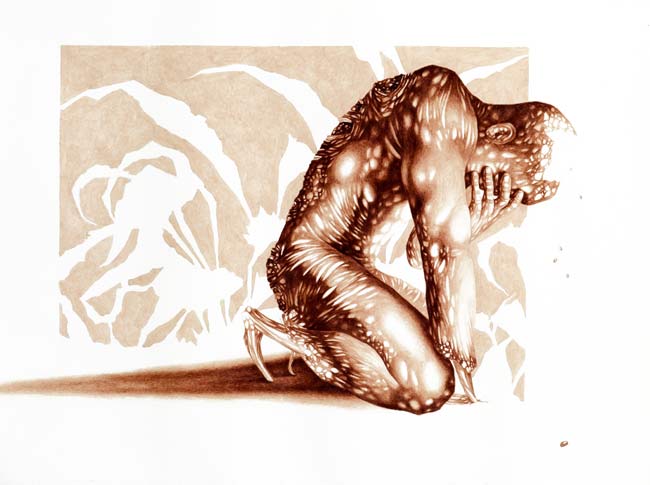 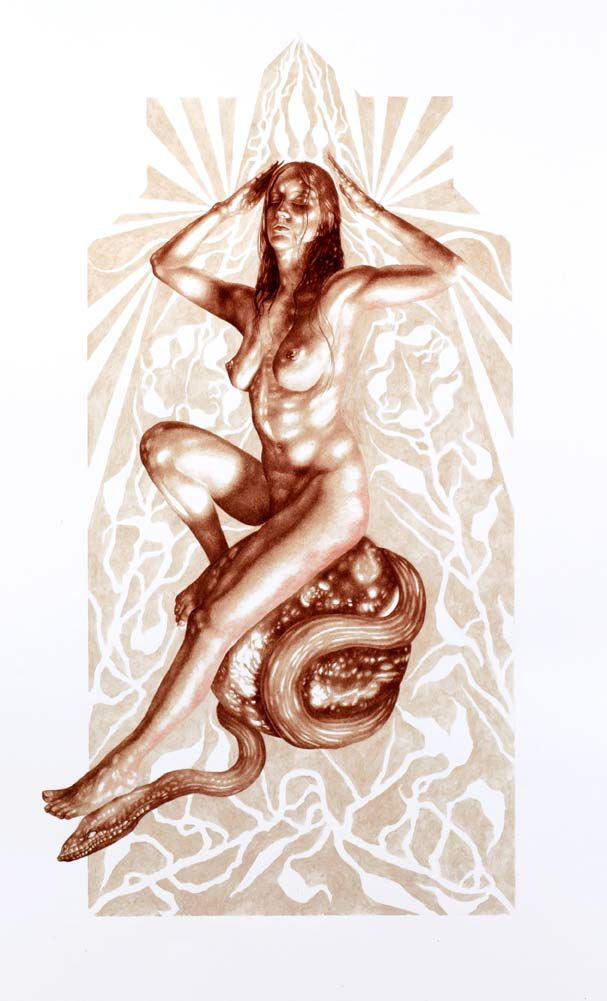 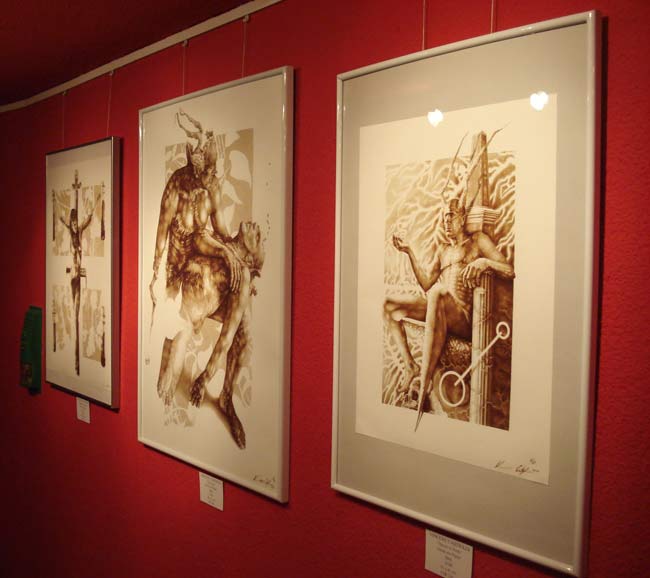