Sacramento based artist, Skinner‘s one man show “My Guitar Wants to Kill Your Mama”, which opened at Portland’s Grasshut Friday, January 8th is an endearing homage to his late friend Mr. Steve. Some of the paintings in this show were painted at an earlier time for his friend, also the father of his girlfriend Kristie. Strong lines, shape and power colors as well a strong narrative notable in Skinner’s work always make his amazing paintings a sight to behold. Upon reading Skinner’s statement on this current exhibit, the collection of paintings here deliver an additional and most endearing sucker punch to the gut. Skinner shares the personal experience of a unique friendship in a way that just about anyone with a pulse could glean value from. There’s more to it though. Read on, Skinner explains it all.

“On November 23rd of 2009 just two months ago my girlfriend’s father Mr. Steve passed away after a long battle with Hepatitis C complicated with him also having an intense case of Diabetes. After finally getting him to really love me because he was so protective of the interests of his dautgher, he started to really share the things with me that he loved about the world…an amazing and totally unconventional sense of humor that really challenged peoples traditional ideas of what was “funny”.

Much of it was based on the musical idealogy of Frank Zappa… his, musicianship and humorous commentary about the ridiculous focus of the world and its shallow inhabitants therein… he had an amazing impact on me and my perceptions of music and texture created by instruments… particularly the guitar… that is why I have done portraits of people whom I admire for either their creative application or just sheer mastery of the guitar… when I first met him his house was very thin in the art department but by the time he had left our world I transformed his living room into a sort of art installation based on his own brand of unorthodox humor and ideas… the paintings on the end wall are all pieces I made for him that I brought from his home to share with you…I know they dont seem to make sense and they are just outside the realm of the obvious and thats the way he would like it… thank you very much and I hope you enjoy these ridiculous paintings.
-Skinner.” 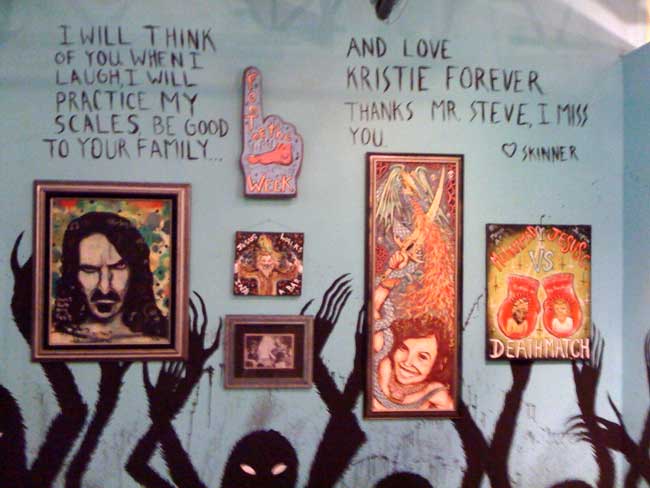 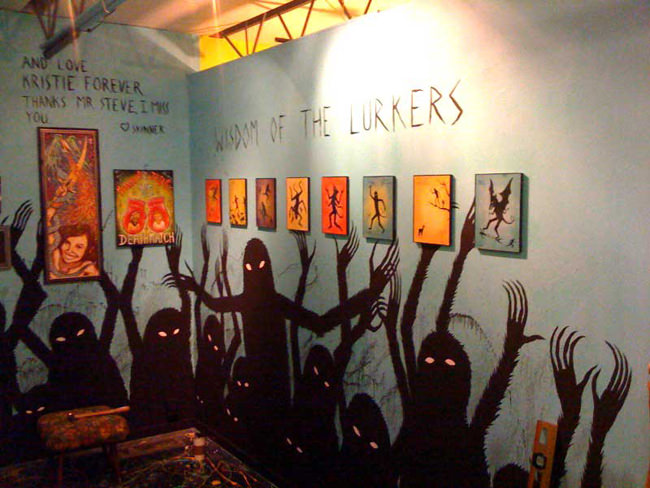 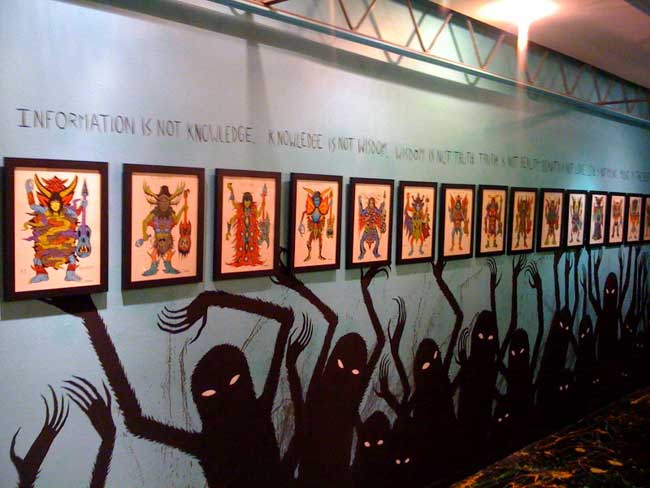 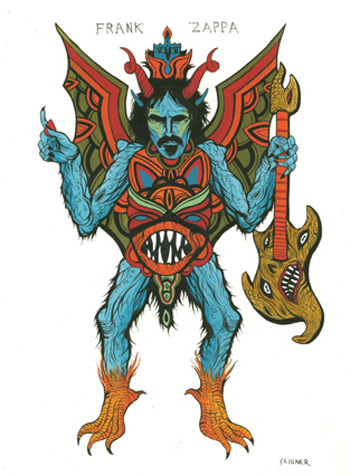 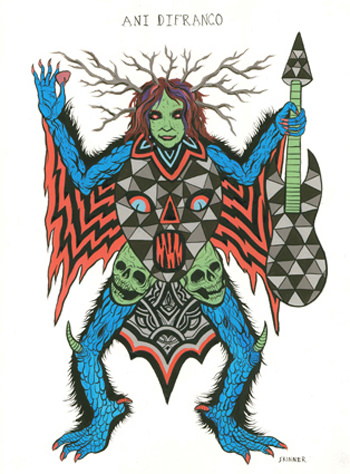 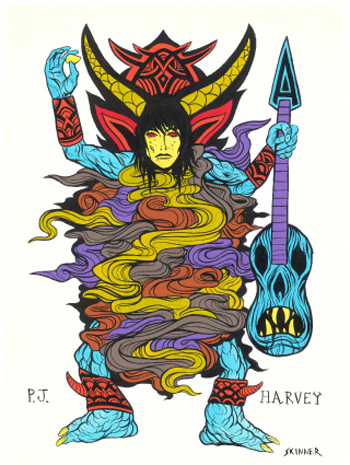 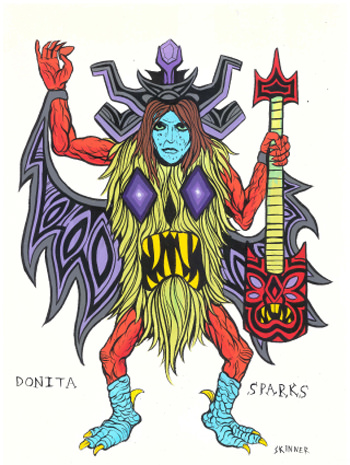 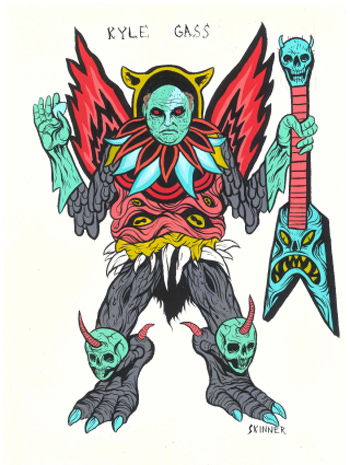 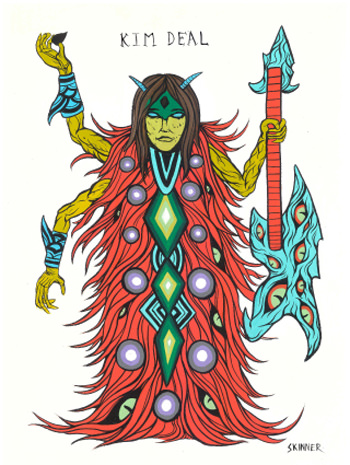 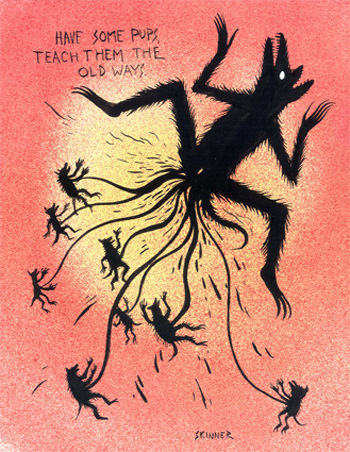 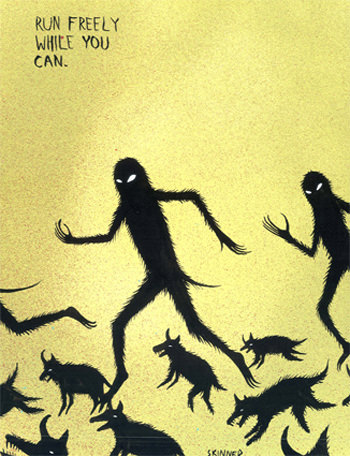 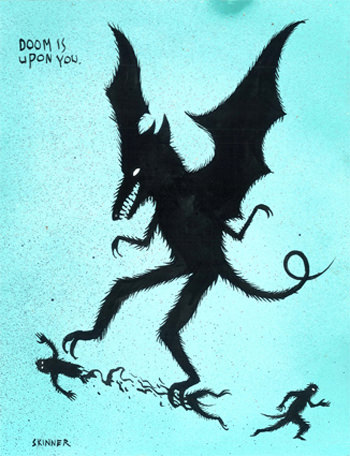