In order to get through the door at the opening of Jesse Hazelip‘s (HF Vol.14) new exhibit Sentimental Journey at San Francisco’s White Walls Gallery I literally had to shove my way through the crowd – gently of course. The show “is a human exploration of death and the lessons ignored throughout North American history.” Sentimental Journey, which opened last night Saturday January 9th, was standing room only, the place was packed with people taking in the sights. This exhibit featured many new works by Jesse as well as massive wall paste ups that stretched regally from floor to second story ceiling. 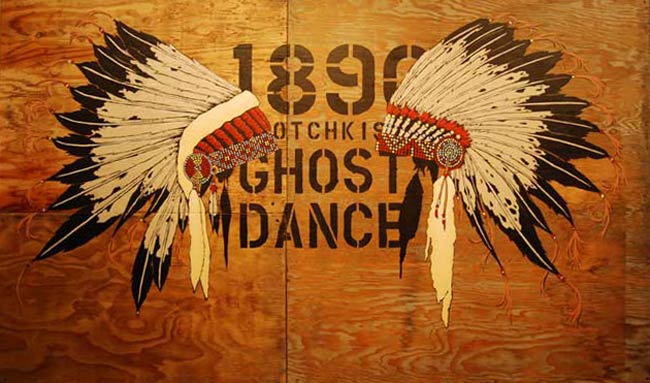 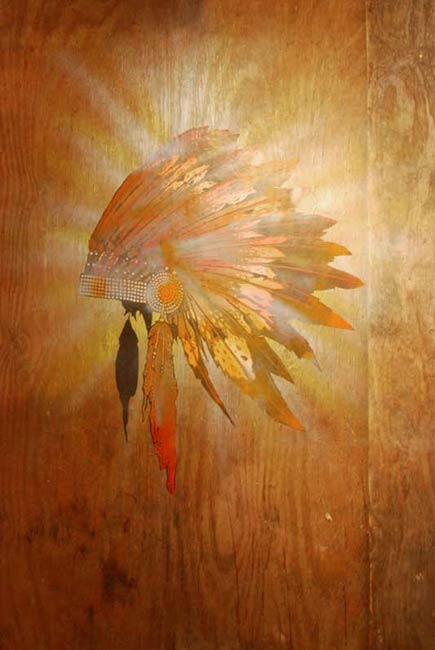 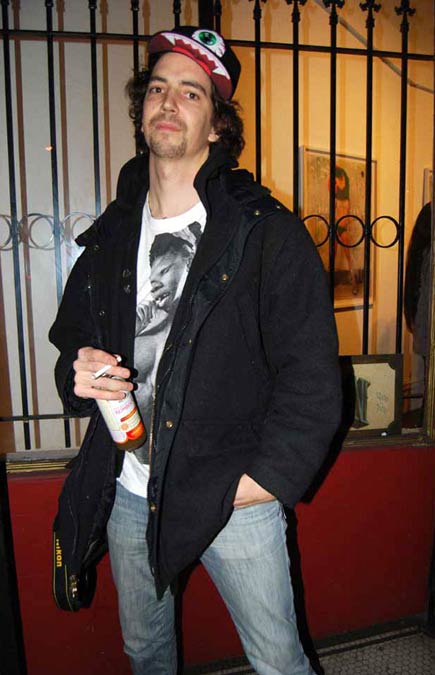 Jesse Hazelip taking a breather outside the gallery 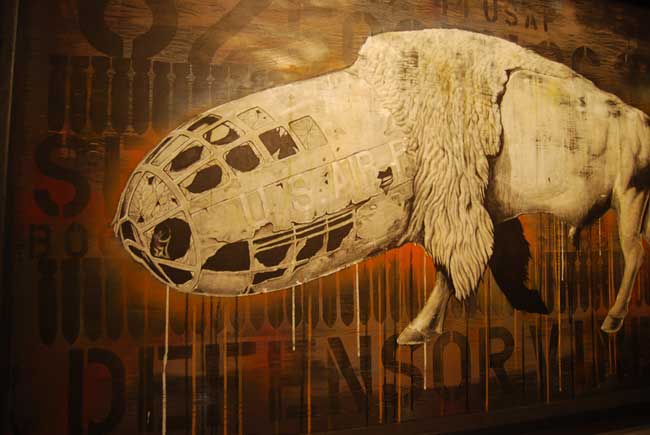 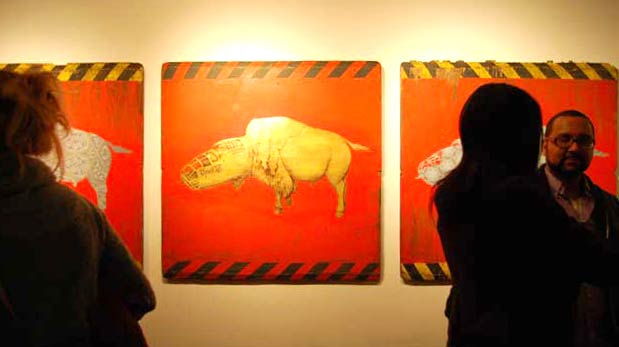 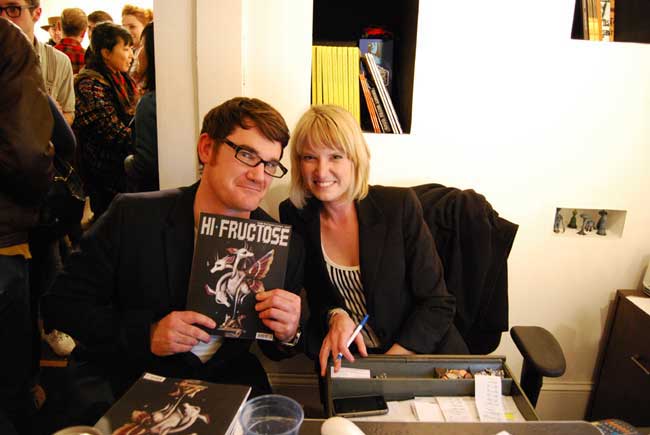 Justin and Leigh of White Walls 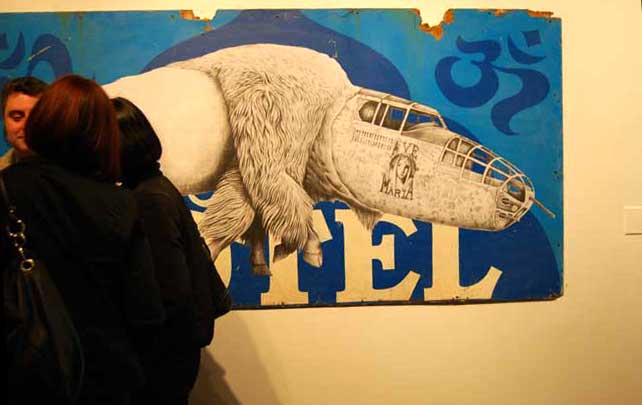 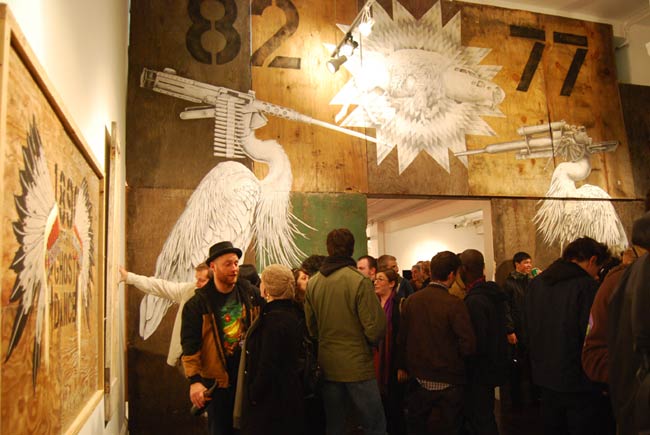 See more of the work in the show here…

About Sentimental Journey:
“World War II greatly influenced this series, where buffalos are named after actual 1950s Bomber airplanes and beautiful Herons are rendered half machine gun, half bird. Jesse uses these animals to open a dialogue about the repeating mistakes of American history. Just as our carelessness have forced bison, an American icon, to the brink of extinction; so has war almost destroyed our country. The Heron is also fused with WWII artillery, although its message differs. This greedy bird is solitary from the flock just as Americans are closed off to their own neighbors. By using recognizable images, Hazelip hopes to reach a larger audience by making his work approachable yet thought provoking.

On a large wooden wall covered in discarded materials, Hazelip works with acrylic, printmaking techniques, and spray paint. On the wall, a mural and large wheat pasted images of the Heron and Buffalo loom over the viewer commenting on the mistakes of our past seemingly ignored by the actions of the present.”

White Walls Gallery
The exhibit will be on display till January 30, 2010 and is open to the public.