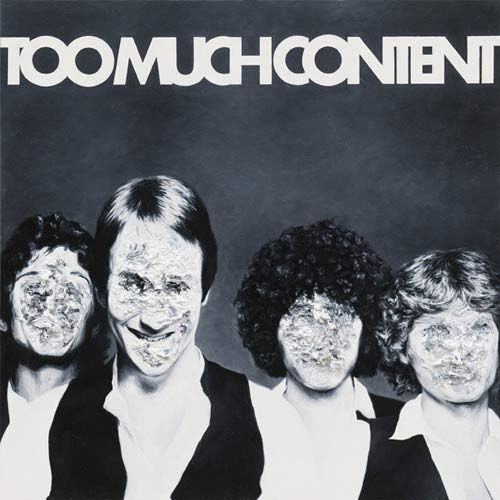 One of the contemporary art world’s most intriguing minds, Eric White continues to entice and amuse his viewership. With his latest exhibition, a body of work focusing entirely on pre-1983 album art, the Brooklyn based artist manages to maintain his post as a cosmic forum of profundities. Join us as Eric discusses his upcoming exhibit, opening at the prestigious Sloan Fine Art in NY. 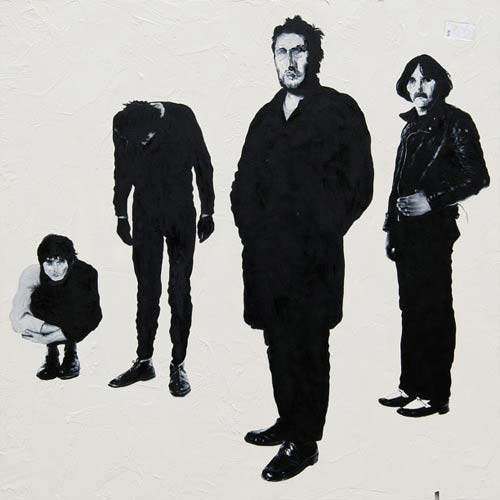 br/>
So tell us about the nature of this new body of work, LP:

It all started with a dream… Years ago I dreamt I was in a record store flipping through vinyl and I came across that iconic cover of Elton John’s Greatest Hits. At first it looked exactly like I remembered it, but on closer inspection I realized he had assholes for eyes. It struck me as hilarious in the dream and I literally woke up laughing. I don’t know what it meant but it stuck with me. It wasn’t an album that I owned, but at some point I came across the empty sleeve on the street, so I picked it up and took it home. Earlier this year I was preparing for a show in Paris, I was having a serious creative block and struggling with what to do for the show. I spent a couple of days just sitting in the studio staring into space until I decided to start the LP project, and it was immediately a lot of fun and very liberating. 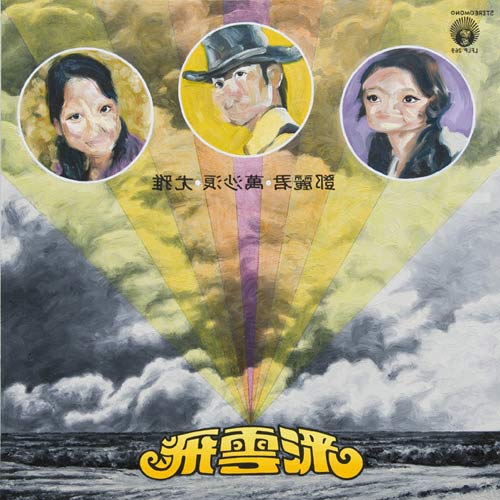 When you approached this body of work, did you have clear ideas in mind of their outcomes? What boundaries did you set for yourself going in?

I didn’t have a clear idea of the outcome, I tried to let each one of them develop organically. But in every piece I did try to recapture the humor and the feeling I had in the dream: the sense of being disconcerted by something seemingly familiar. The only specific boundary I set for myself is that I would do no album released after 1983, the year I bought my first CD player. 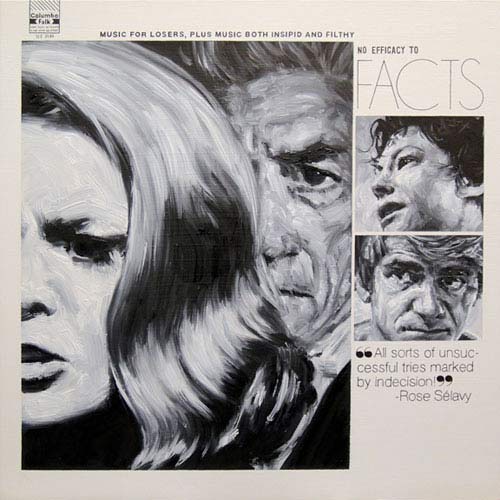 Is this a departure from your work with the interiors or are these a part of that universe?

It’s definitely an evolution of sorts. I’m coming from the same place with these paintings, and continuing to explore ideas that have been present in my work all along. The departure is that this body of work is much less narrative and more conceptual than most of my recent work. In a way I was feeling stuck with those interiors, struggling to make them work for me and getting frustrated. I’ve always been a fan of early pop art and more conceptual work, and with this LP show I’ve finally found a platform to marry all of these influences and ideas together. I’m excited about what feels like a real breakthrough for me, and looking forward to seeing where it takes me next. 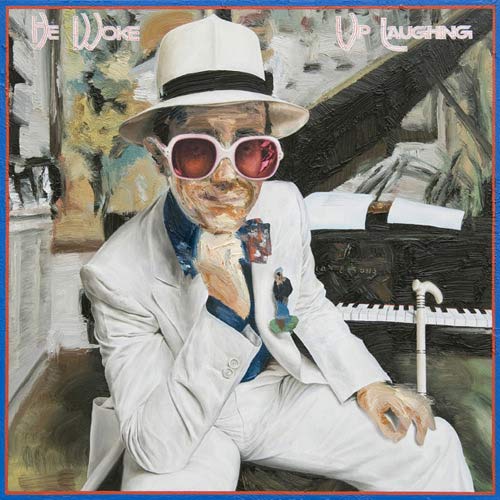 Being that the exhibition is entitled “LP,” how strongly has music influenced your life?

Music has been an integral part my life from an early age, hugely influential and emotionally nourishing, and it’s now instrumental to my studio practice. Many of my earliest memories are music related, like drawing while hiding inside the Beatles’ White Album while my parents where upstairs fighting just before getting divorced. I remember my uncle driving me around in his convertible blasting ‘everybody’s got something to hide…’ and my dad taking me to see Frank Zappa’s film 200 Motels at age two, which he probably shouldn’t have done, and had no reason to do, since he didn’t even know his music. I have very eclectic tastes and always have music playing while I’m working and it motivates and inspires me to no end. 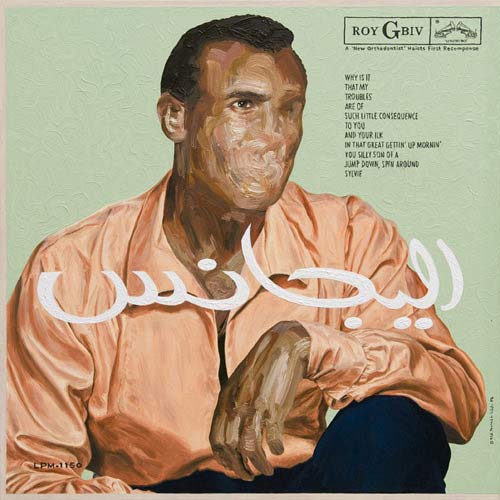 It seems that this new series gives the audience just enough to suggest its subject matter, and then you make a higher minded painterly decision to distract the viewership from becoming too involved in the “preciousness” of the image. Do you have a name or way to describe this fascinating effect or process of imagery?

Yes, with this series one of my goals was to take an image that is recognizable but reinterpret it and infuse it with my own message or experience. For instance Stevie Wonder’s ‘Songs in the Key of Life’ was a very important record to me as a child and it remains so to this day. With this piece those concentric torn circles are immediately identifiable to anyone familiar with the album. In this instance, as with many of these, I would meditate over the cover for a long time, just stare at it and see what would come to me. In this case was looking at these these circles, which in the original end with a drawing of Stevie’s face, and I started to see it continuing on as an infinite tunnel, which got me to thinking about my own paranoid nature. And the words “That Real Small Feeling” refer to a recurring sensation and psychological phenomenon from my childhood which I’ve never been able to articulate, and still can’t, but this piece in a way became an expression of that strange experience. 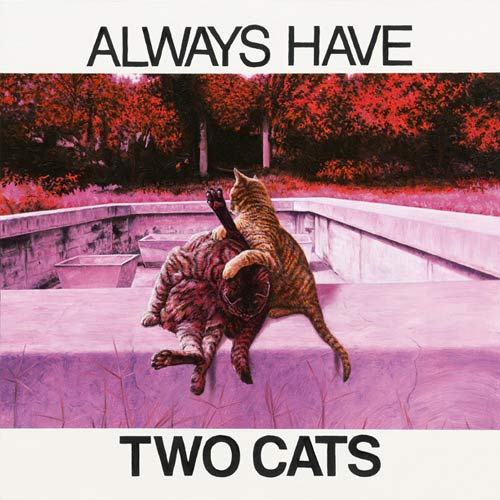 Do you find that there’s a best time of day, or certain mindset that you require to access your most creative self?

I don’t think time of day matters for me, my schedule fluctuates a lot and it usually out of whack, and I’m definitely not a morning person. But as far as mindset goes I’ve become more grounded and comfortable with myself in recent years and one of the benefits of that is that I seem to have more direct access to my own creativity and inspiration.