“My painting process incorporates abstraction and representation that result in a chimera of flora and fauna. I draw inspiration from the work of Dutch Golden Age painters and natural sciences in equal parts.This show presents 10 new works and several landmark pieces from 2007-2008 of neo-grotesque or chimeric portraiture and still-life. I have been painting within the context of portraiture and still life as I find that within these traditions there is a pre-existant, and nacent visual language in portraiture and still life paintings. The viewer interacts with a portrait or a still-life in a certain way that is different and unique to those traditions; an inescapable mirror to our humanity. Like all of us, I am a suffering thing and this is how I attempt understand it.” – Christian Van Minnen 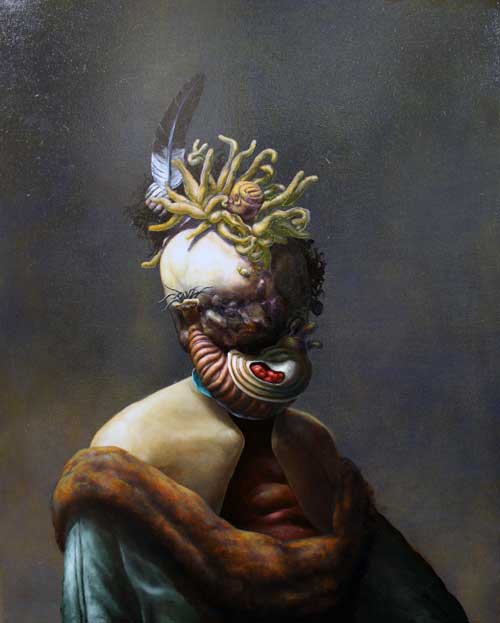 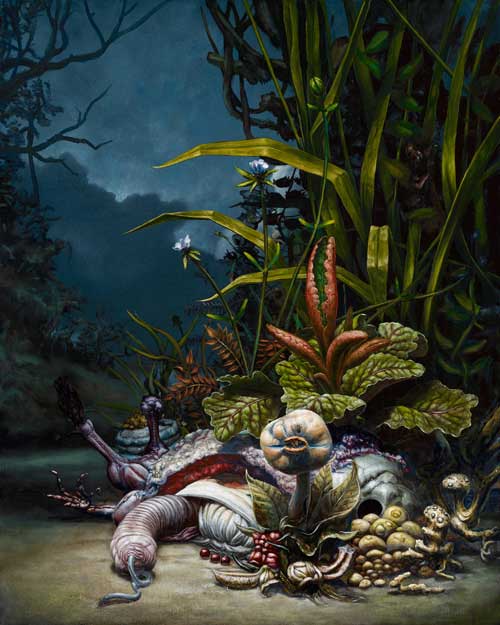 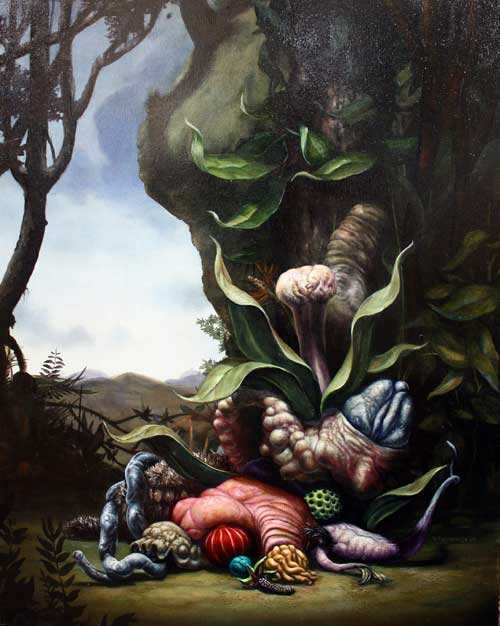 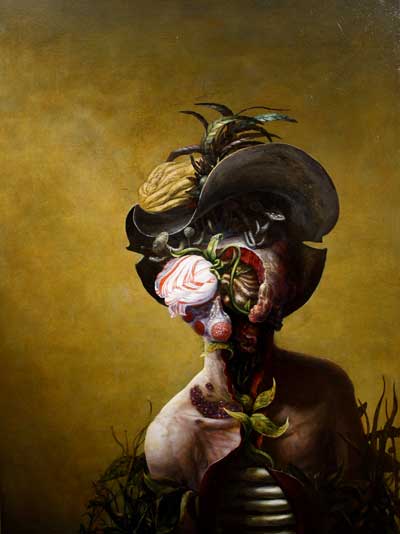 Van Minnen’s works feature biological monstrosities painted in portrait form with a Renaissance formality. Like a strange cross between Giuseppe Arcimboldo, H.R. Giger, and a natural history museum, van Minnen’s painting straddle the line between disturbingly ugly and serenely beautiful. His newest work is his “Keyhole” series, in which a painted riot of organics ooze and flower on panel underneath another panel that has been cut out with the outline of a famous historical painting and burnished in rusted metallics and placed over the top. Van Minnen will be exhibiting 11 new paintings and a small selections of works painted in 2007-2008 that showcase his “Neo- Grotesque” style, a term that was recently coined for the resurgence of artists working with subject matter traditionally deemed unattractive or repulsive, but representing them in a sympathetic manner in a highly formal technical style.- Kirsten Anderson

Also exhibiting is a very small show of work by Japanese painter Yoko d’Holbachie, whose work can best be described as Jim Woodring on acid. Her super poppy, psychedelic works also reflect a “grotesque” style, although more humorous and sweet in nature. D’holbachie works both with computer graphics as well as oil paints. Foe this show she will be exhibiting three small oil paintings.