This last weekend was host to an amazing array of artists exhibiting in a double header sort of supershows. Copro Gallery was the stage on which Lola premiered her latest body of work, titled “Natural Beauties” along with having curated an invitational group exhibit as well. This group show, “Superschool,” boasted an array of talent that fully showed up and backed up their claims as painters, artists, true visual representatives of a narrative voice. There was a trickle of onlookers awaiting a turn to view each painting, and to speak with the fair Lola, and she graciously spoke to collectors and fans alike on the subject matter of her works. Before long, the trickle had amassed into a comfortable tide of friendly viewers and artists. And while I managed to avoid taking the gratuitous crowd shots, I did make efforts to secure shots of most of the work in the show – truly top notch. Now, due to my very amateur hand at photography, most of these pictures won’t due the artwork or individuals justice. So the best bet would be to catch the show in person when the gallery is open. But until then, please enjoy the following bits taken from the scenes of the opening night…Enjoy! 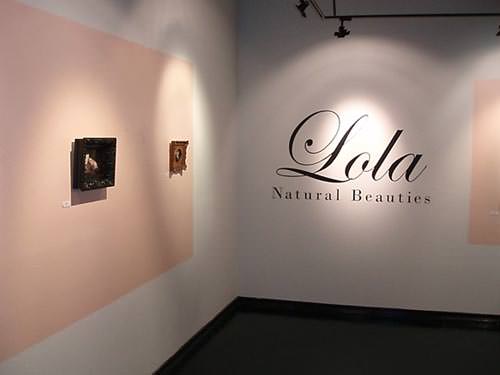 The grand Entrada… Lola went in and added acceNt hues to the walls a couple days before. And the effect was truly a brilliant use of minimal accentuation. The light peachy colored tone brought out quite a bit of that hidden hue in the paintings exhibited. 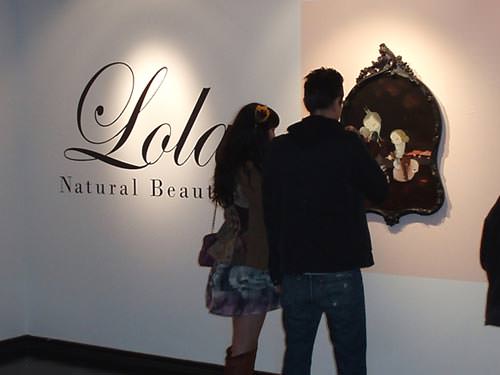 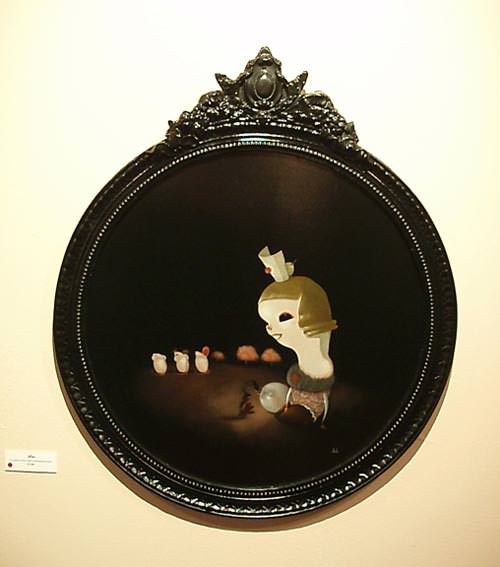 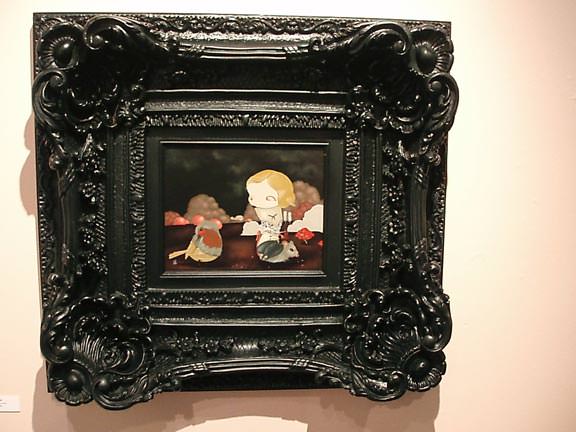 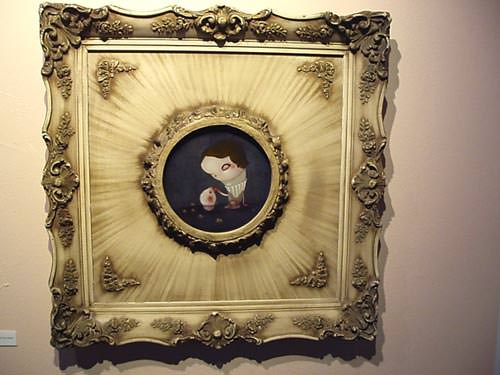 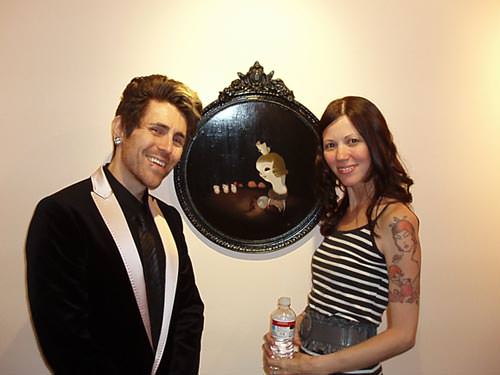 Longtime admirer and tastemaker Davey Havok stops in to pal around with the girl of the hour. Lola used to catch their band in Riverside before there were any record deals or big shows or anything. They had a good laugh on the old times, San Francisco and mused on the arts for good bit. Davey’s the genuine article, and a super awesome cat to boot. 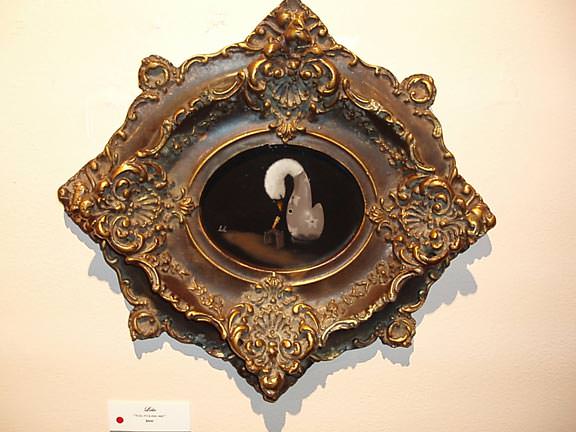 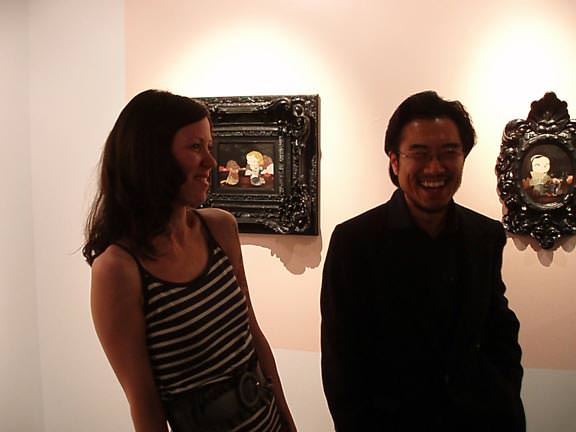 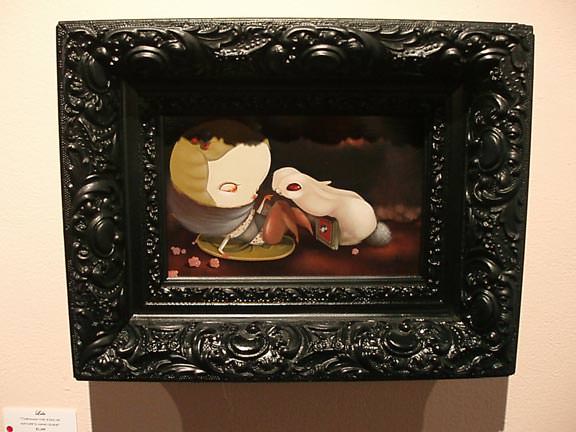 Through the Eyes of Nature’s Hand Guide 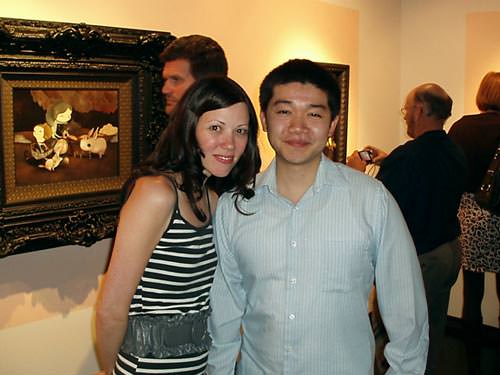 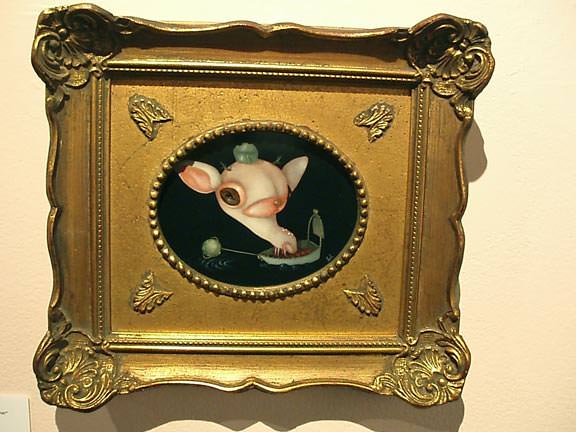 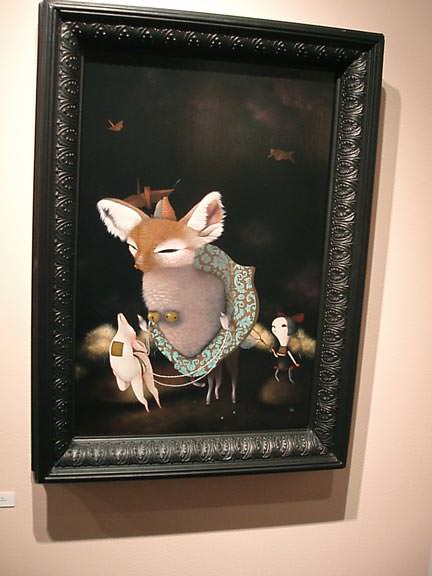 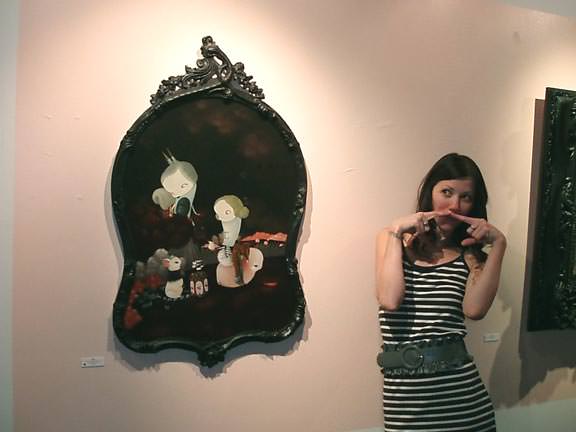 It became apparent, standing next to “Midnight distraction at the Healing Factory,” that we were running dangerously low on mustaches.But Lola came to the rescue with an impromptu whisker charm to get us through the evening. 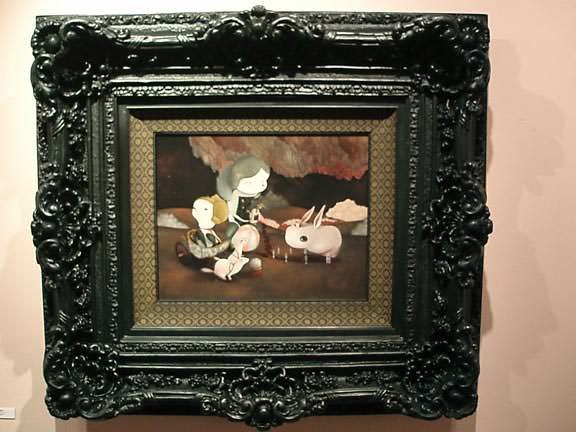 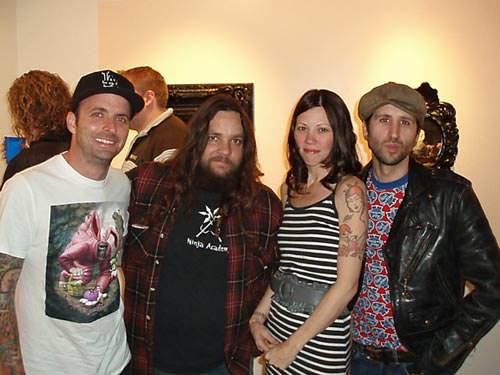 Artist support in full effect (from left): Jason Maloney, Chet Zar, Lola, Jason D’Aquino (I found out that it’s pronounced “dahqueen-o, and I’d been saying it wrong for quite a while, but Jason’s too chill to be offended by good naturedness) 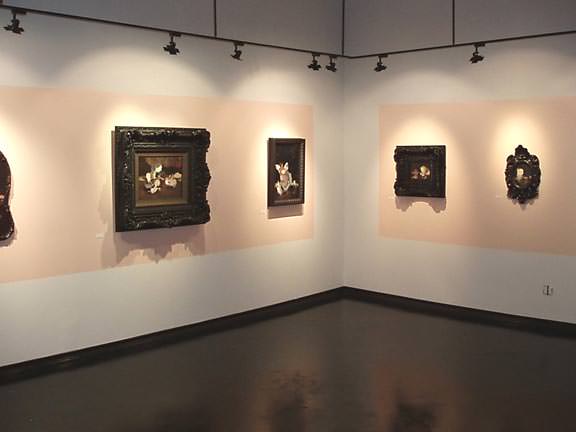 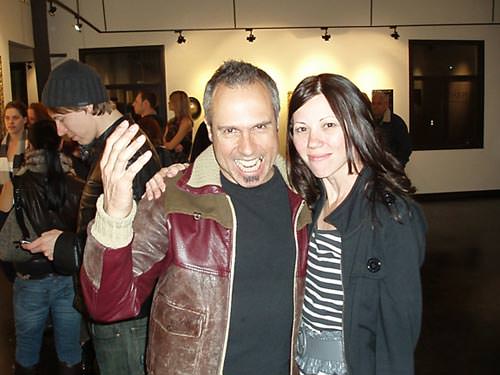 And finally, what show wouldn’t be complete without the diabolical genius of Gary Baseman?