Having been offered the personal angle on this unique experience by artist and curator Kris Lewis, I accepted with delight. It’s a rare treat that an art show has excited me about traveling to downtown LA, even though the scenery has changed for the better in certain oasis-like areas. Worlds on Fire, an exhibit put on by Grammy nominated recording artist Will.I.Am of the Black Eyed Peas, showcased a solid array of talent from known and even unknown artists. Having called on his friend Kris Lewis, as well as Justin Giarla of the Shooting Gallery and the glittering behemoth known as the fashionable and effective GenArt set, the show was bound to go off.

And so it did! The giant room was packed with a who’s who of painters from far and wide, musicians and more fans that you could shake a stick at (that is, if you could find room to do such a thing). And with no complaints from any, the game of rubbing shoulders and peering over said fans to peek at the tribute was set in motion… 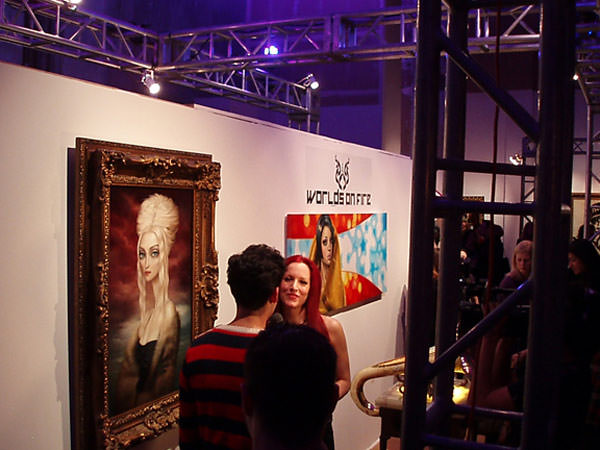 Entering the arena we can see Lori Earley mid-interview. Amazingly, she’s got the show persona down pat, and never broke stride with her calming, if not somewhat mischievous, Mona Lisa smile all evening. 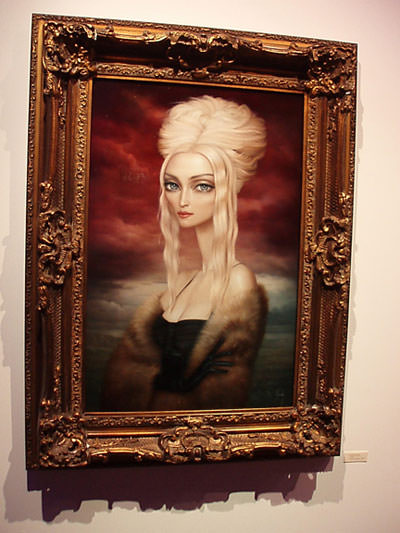 Lori’s showstopper portrait of Madonna with a frame to compliment. 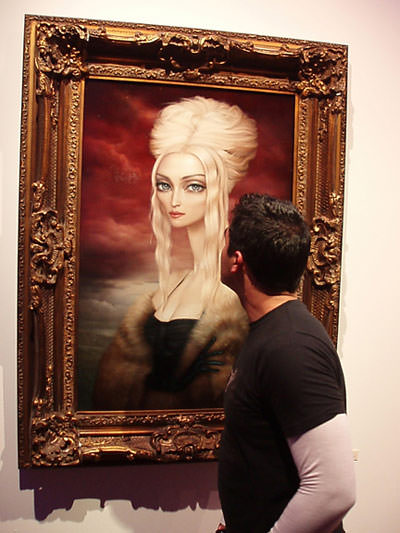 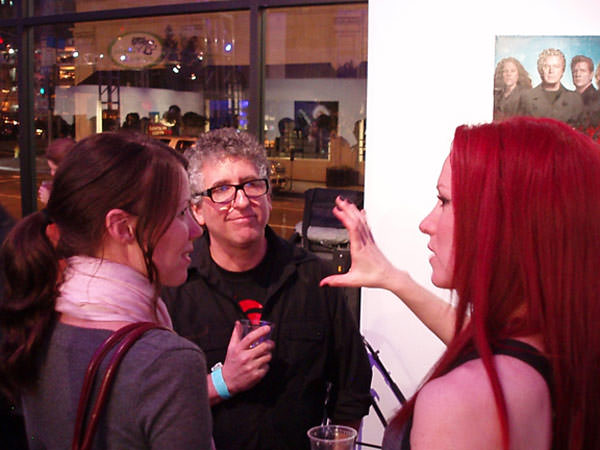 Lori takes a few minutes to chat with her friend and fellow artist Lola how she… now take a minute with this… how she painted that picture in under three weeks. Seriously, let that sink in a bit. I believe the words were “day and night”. 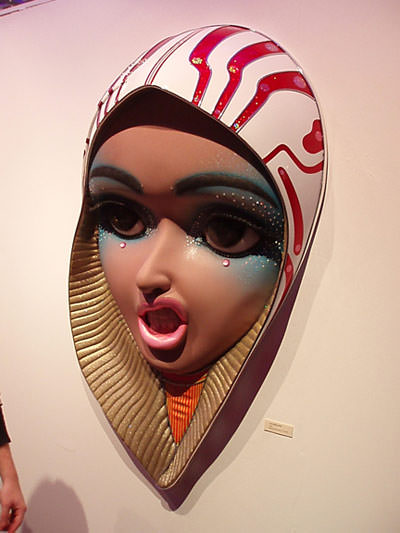 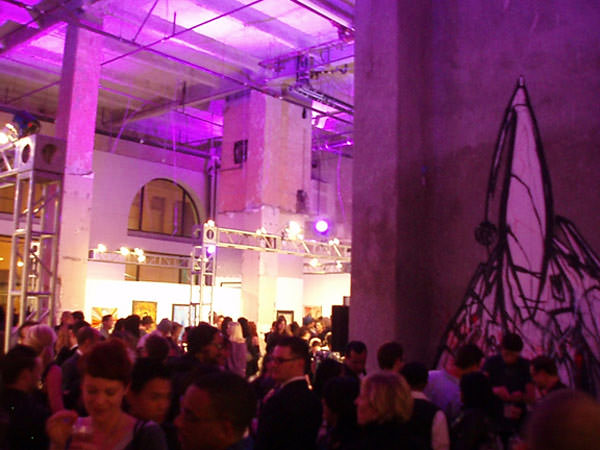 A view of the larger gallery portion of the room. The lighting was spot-on, as was the DJ and the bar area. No crazy pile ups anywhere and a constant buzzing flow of folks all evening. 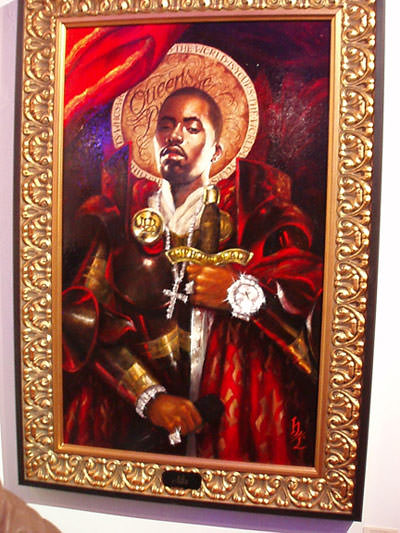 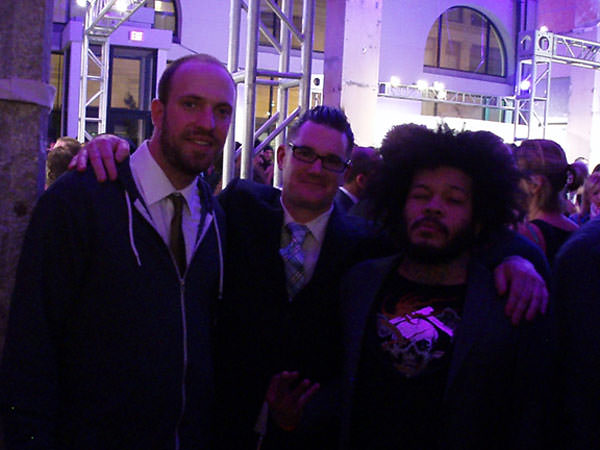 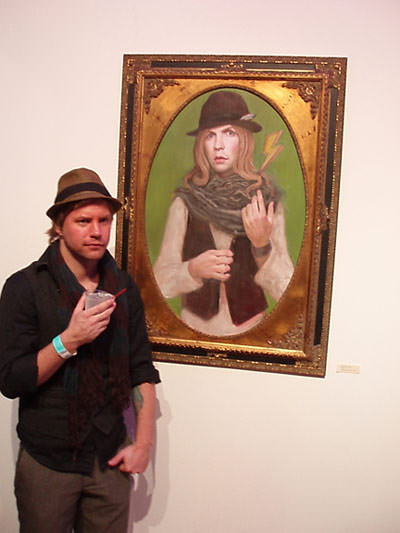 Kris Lewis and his portrait of Beck. 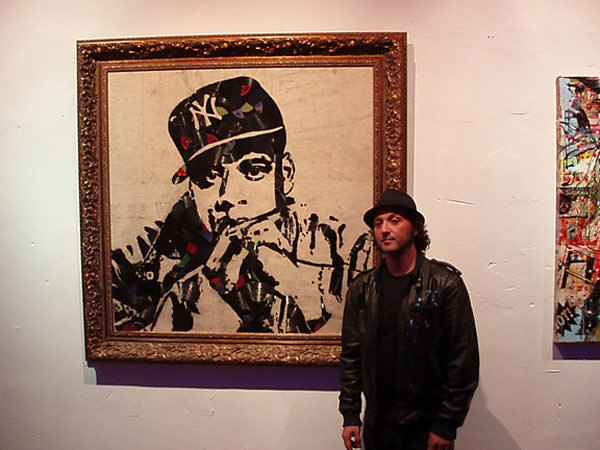 Mr. Brainwash and his portrait of Jay Z made entirely out of broken LP’s (that’s records to you and me). 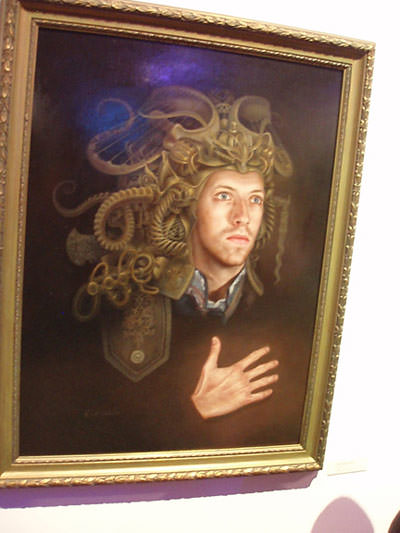 Heidi Taillefer’s portrait of Chris Martin of Coldplay. I had to get up reeeeally close to see that it wasn’t a photograph, it’s that good. 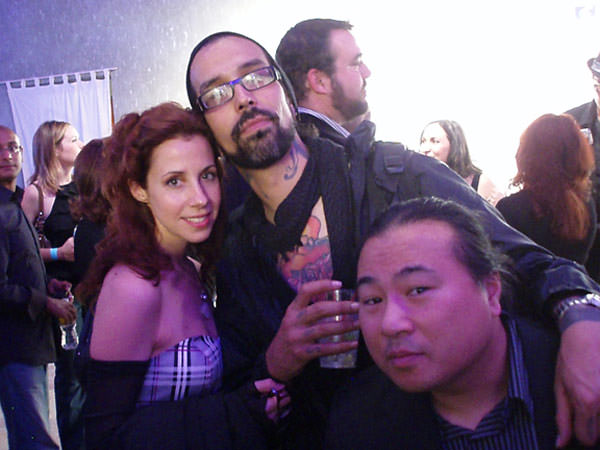 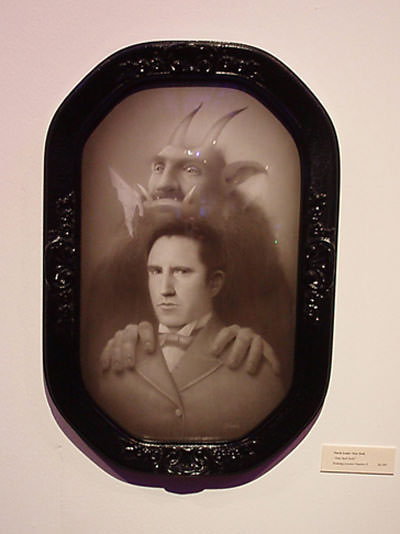 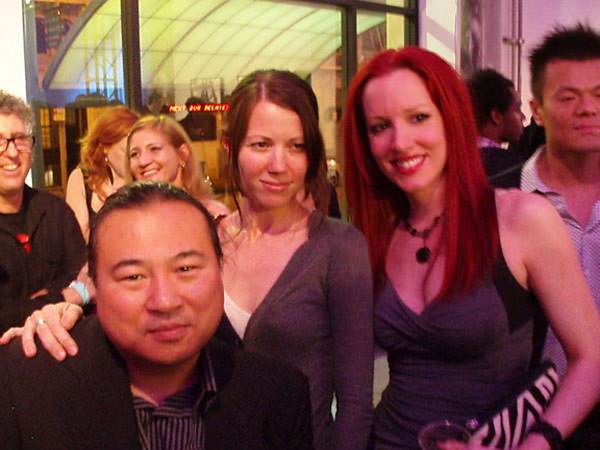 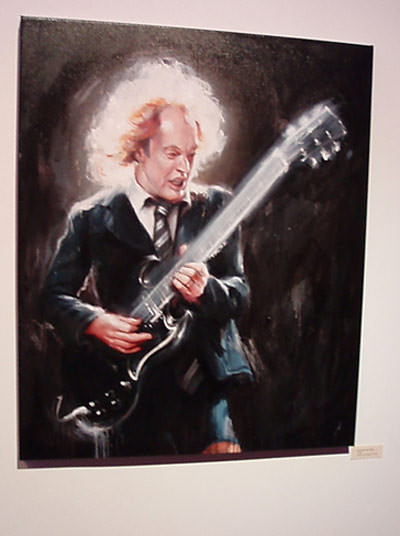 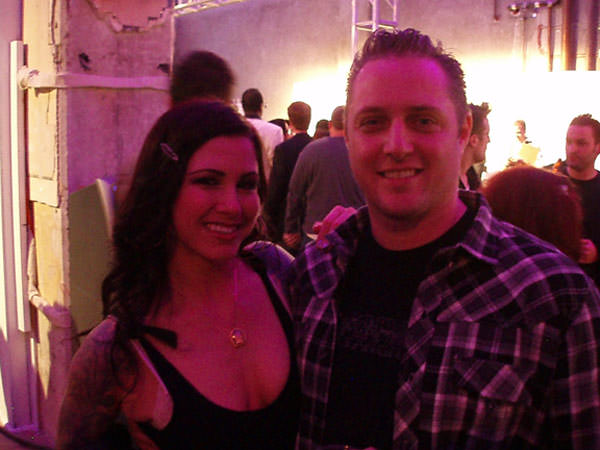 The tattooed portraitist himself, Shawn Barber, with the lovely miss Kim Saigh of LA Ink. 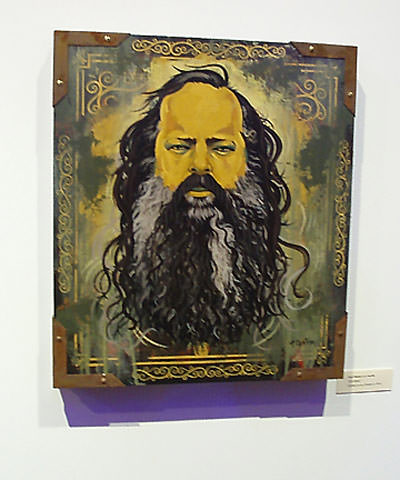 Paul Chatem’s portrait of one of the Top 100 Most Influential People in the World, according to TIME magazine – Rick Rubin. 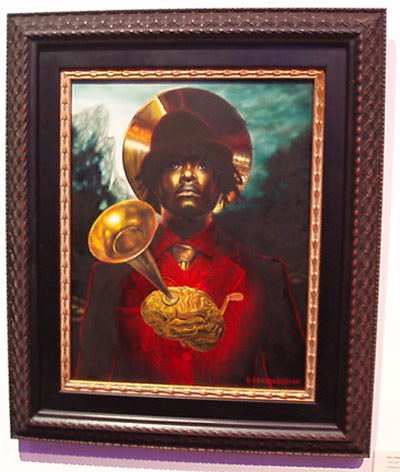 David Stoupakis’ portrait of the man of the hour, Will.I.Am. 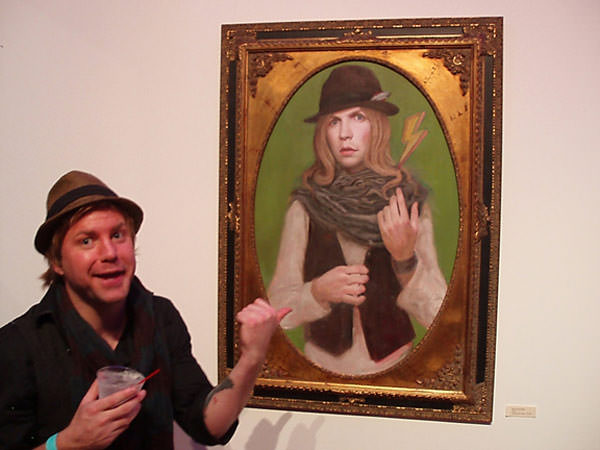 Kris joking with me about what he went through to paint the portrait and do “all the artist stuff” to get the show going. 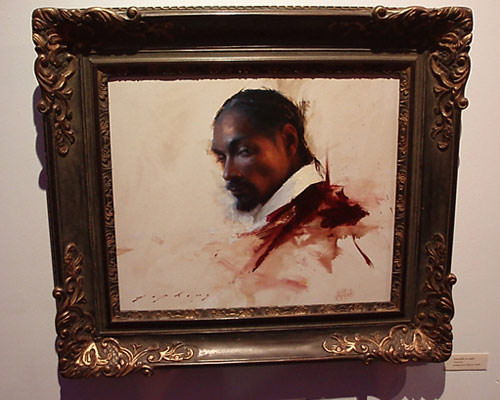 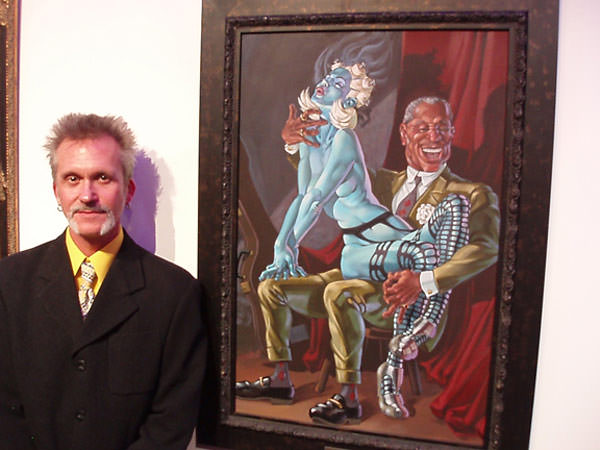 Van Arno and his portrait of BB King playing Lucille. 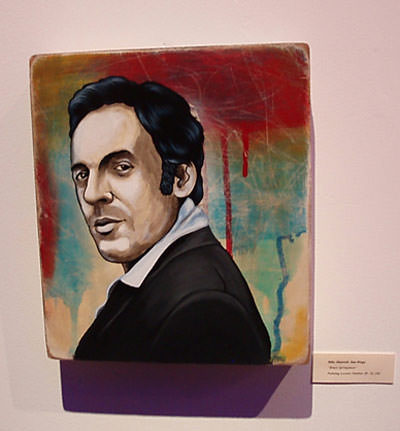 -Brought to you by the goodness of Nathan Spoor