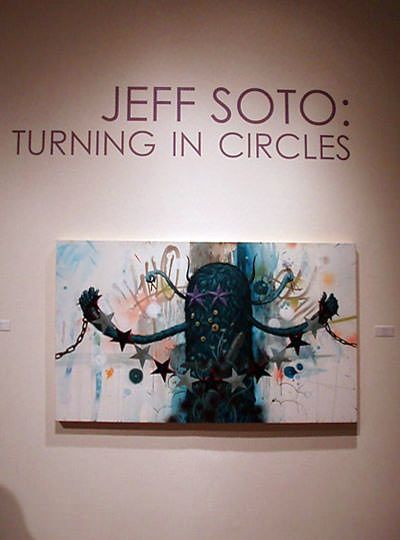 True, it could have been residual wonder from the previous night’s full moon, but the excitement in the air was palpable (which I hope means that if you reached out you could feel the electricity or even taste it). But perhaps it was the anticipation for the exhibit that awaited us – Jeff Soto’s museum show: Turning in Circles. So around 6ish in the PM the lovely Lola and I embarked for our roughly 2 hour trek down to her homeland for the first stop on our little art roll. 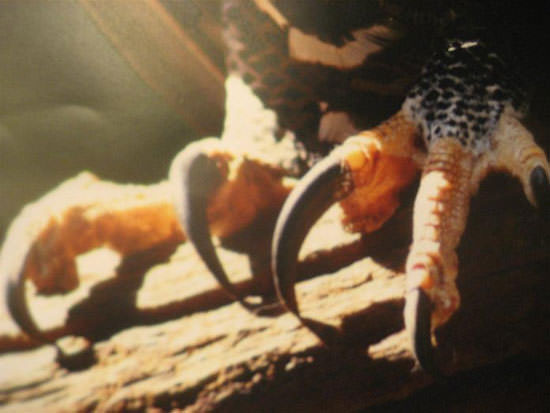 This was the scene above the mystical land of Riverside, which I believed existed only in Lola’s fairy tales of yore until last year when I set foot on their fair tundra myself. The historic landmark Mission Inn, home to the Baby Tattooville artist and collector retreat, was having its seasonal festival of lights or something, and there were people everywhere, including horses and buggies all around (which we’ll save for your own travels in person and move on to the art). 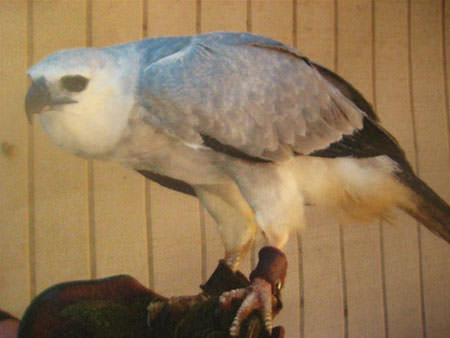 When you arrive at the museum you’re met by a giant two-story banner boasting RAM’s (Riverside Art Museum) openings and a huge trademark Soto inflatable character. 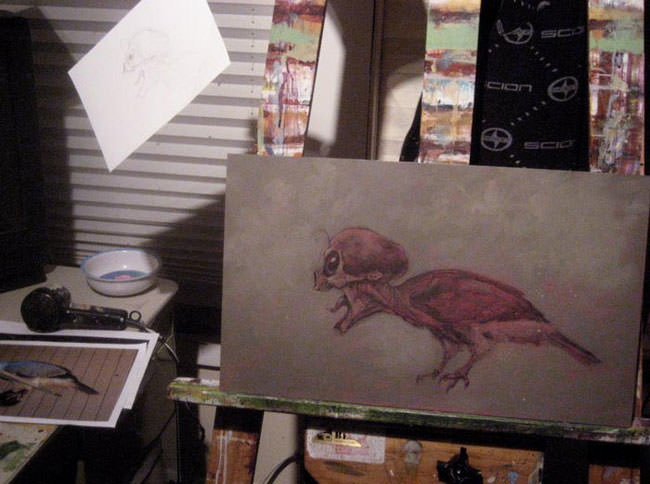 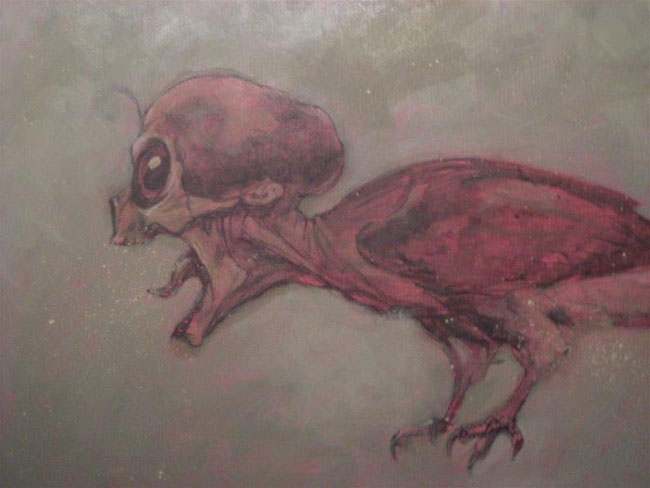 Jeff was at the entrance to the room being very gracious to every single person. So we passed him up and got right into the art. We’ll catch up to him in his show. 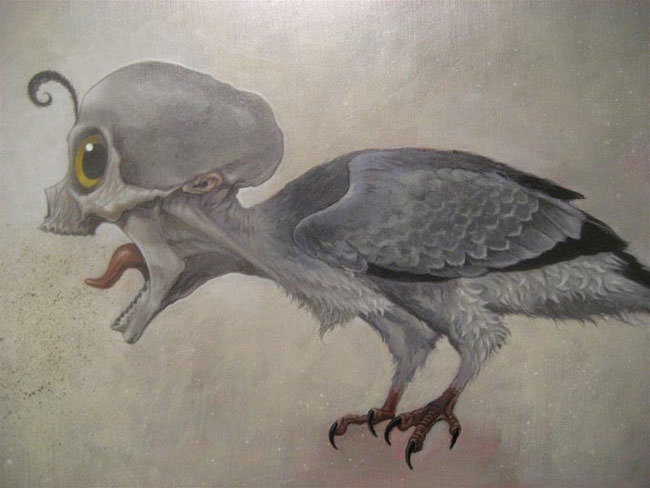 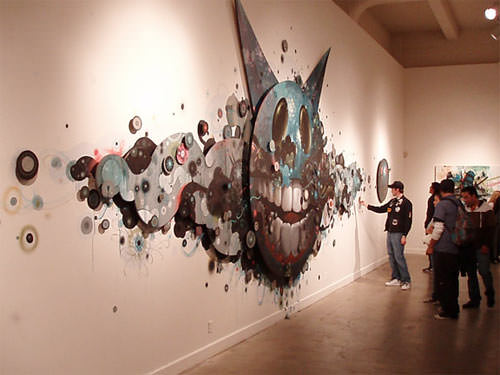 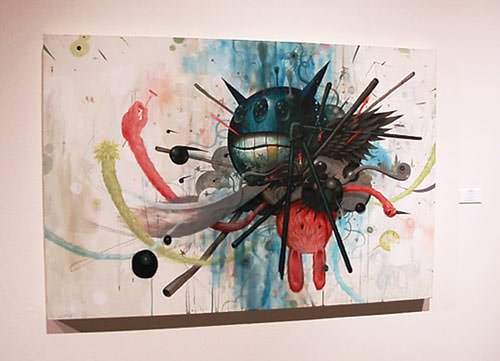 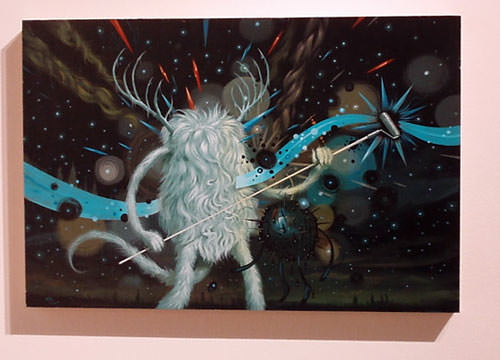 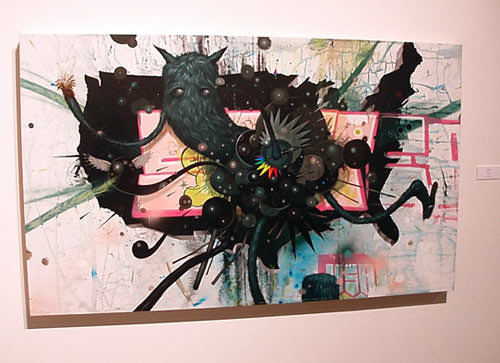 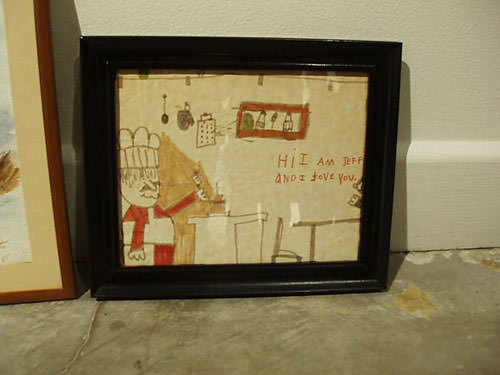 This is apparently the first recorded Soto piece, brought in by his Grandpa to keep him in check so all this museum business doesn’t go to his head. And the next image is his first painting I believe. So great, I believe these were done when he was but a wee lad. 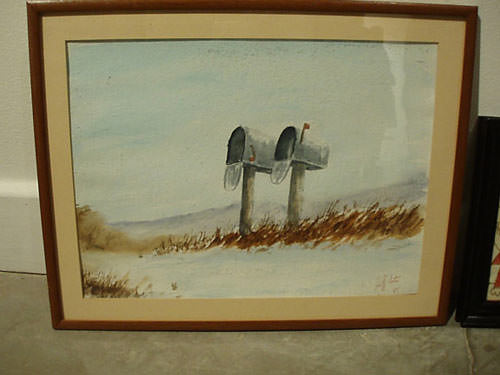 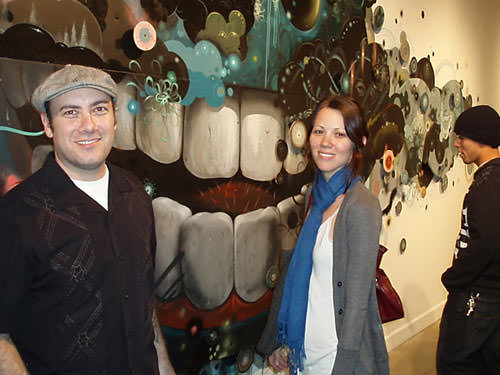 At this point, Mark Murphy, whom I was not able to record in a photo due to his ninja-like skills of elusivity, took the camera and started taking rolls and rolls of pics (and thanks to this being a digital camera we can get to the two that made sense). Here’s Jeff Soto and Lola, both Riverside breakout artists and ubertalented art alums. 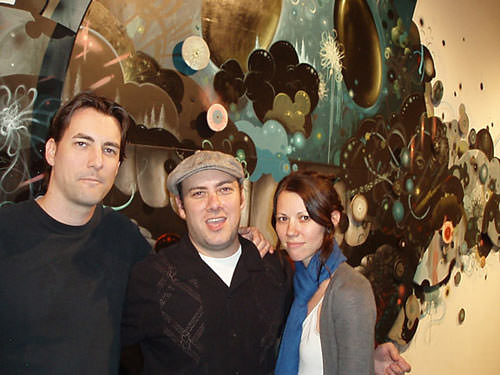 I’m really going to have to work on my camera face. Jeff’s got his down so well and Lola’s is always consistent. 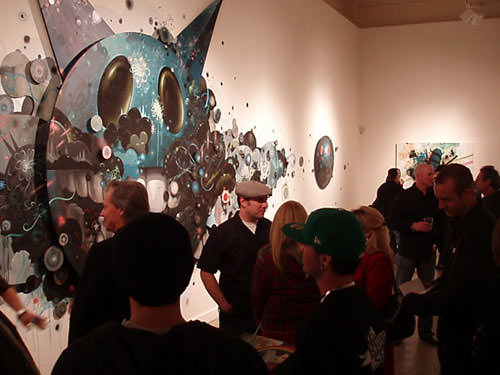 At this point the crowd around Jeff for autographs and to sign his killer new book (“Storm Clouds” by Murphy Fine Art Books) is crazy but made up of super excited and starry eyed fans.* 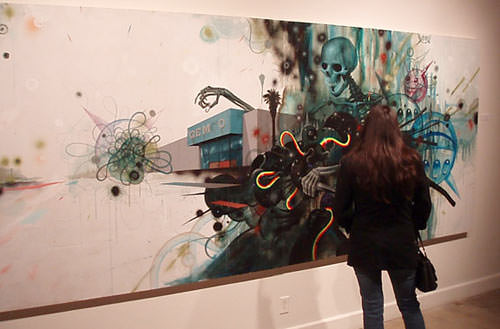 Nathan Spoor is a Texas born artist residing in Southern California. Nathan has been exhibiting his work internationally in galleries through the U.S., and abroad for over twelve years and also curates selected exhibits.