The Keep A Breast plaster breast casts are finally up for auction on Ebay. Keep A Breast (KAB) is an organization rallying to fight breast cancer. The proceeds from each cast auctioned goes toward funding research toward the fight.

“The breast cast exhibitions are the key fundraisers for Keep A Breast. These events showcase authentic KAB plaster casts painted by leading artists and auctioned off to raise money for breast cancer awareness programs.” 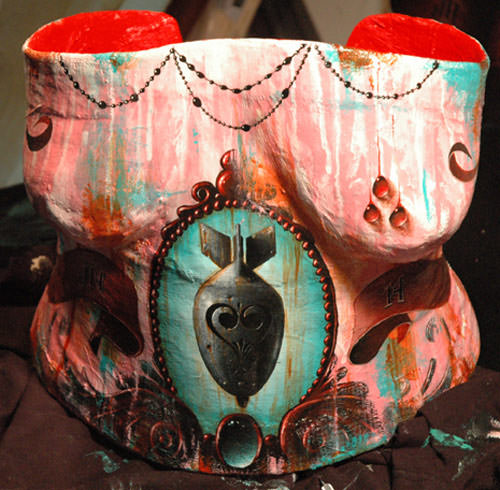 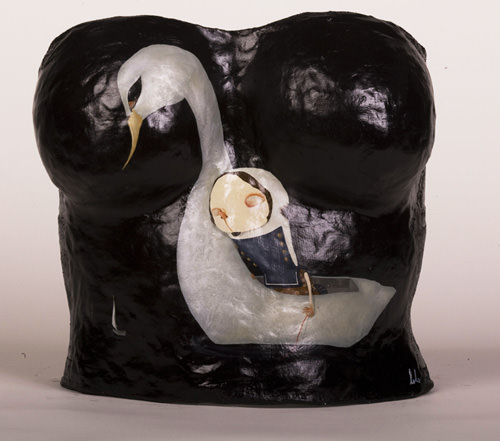 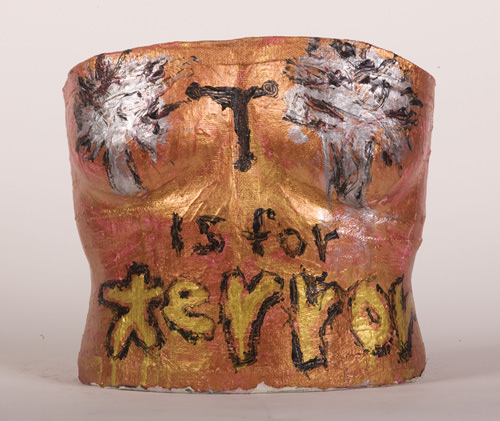 About Keep A Breast: “Our mission is to help eradicate breast cancer by exposing young people to methods of prevention, early detection and support. Through art events, educational programs and fundraising efforts, we seek to increase breast cancer awareness among young people so they are better equipped to make choices and develop habits that will benefit their long-term health and well-being.” 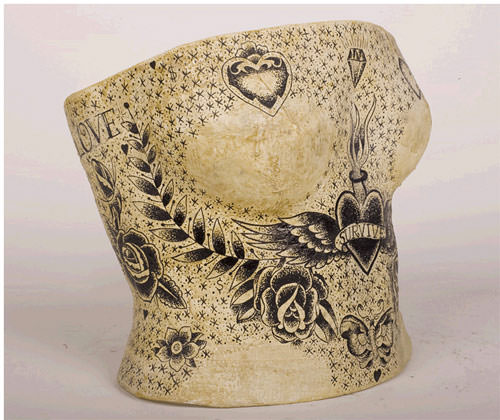 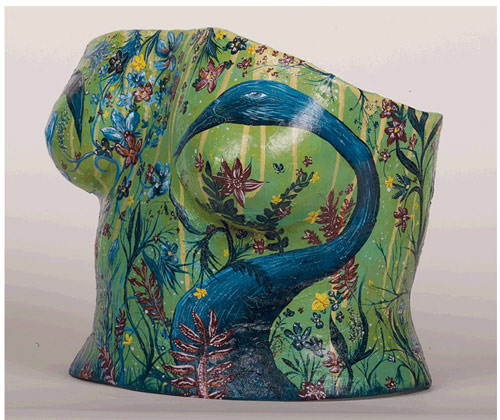 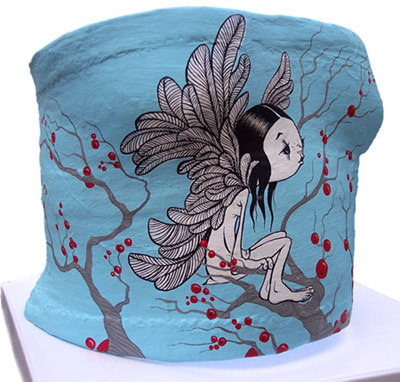 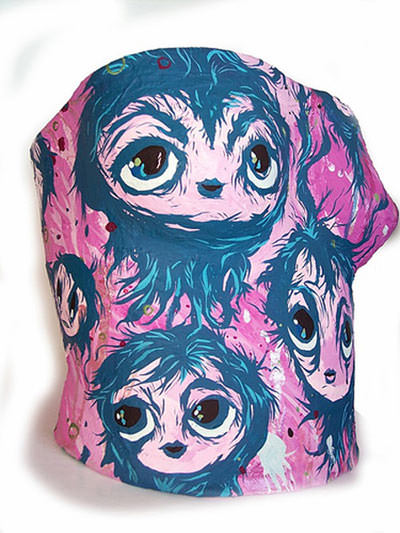 History; In 2000, Shaney jo Darden and Mona Mukherjea-Gehrig founded The Keep A Breast Foundation in response to the growing need for breast cancer awareness programs to educate young people. With their expertise in fashion design, photography and event production, Darden and Gehrig created an awareness campaign like none other by harnessing the power of art to communicate complex feelings and thoughts about health, the female form and ultimately about breast cancer. Combining sculpture, philanthropy, and symbolic artistry, the pair launched a series of art benefits exhibiting one-of-a-kind plaster forms of the female torso, customized by artists and auctioned to raise funds for breast cancer programs all over the world. A 501c3 nonprofit organization, Keep A Breast has produced fundraising events across the US, Canada, Australia and Europe on behalf of charities such as The Young Survival Coalition, Europa Donna and The Breast Cancer Fund.

The success of these art benefits put breast cancer awareness on the map for a younger generation, and in 2004 Keep A Breast realized that was only half the battle. To further its mission to prevent breast cancer, KAB launched a series of education and awareness programs. These unique campaigns use art and artistic expression to inform young people about methods of prevention, early detection, coping and support.

Through these programs Keep A Breast strives to eradicate breast cancer by inspiring young people to adopt lifestyle choices that have long-term health benefits. Some of today’s most progressive artists, athletes and celebrities have participated in Keep A Breast events, including Shepard Fairey, Dita Von Tesse, pro surfers Lisa Anderson and Layne Beachley, musicians Tom Delonge of Angels and Airwaves, Katy Perry, Pink, Maya Ford of the Donnas, The Foo Fighters and many more. Relying on support from partners and dedicated volunteers, Keep A Breast continues to spread its inspiring message through music and other channels in hopes of making a positive impact on the lives of future generations. “We are often struck by the absolute and overwhelming feeling that the work Keep A Breast is doing is important. We can make the difference by raising awareness, raising people’s spirits and helping to save lives”, says Shaney jo.