The gallery opened in Aril 2008 and has earned a reputation for exhibiting the darker elements of the underground with a most deserved elegance and respect.

Paul Booth, whose career in tattooing spans over 16 years, is a master in the field and has since grown to become one of the movements most forward thinking leaders with forays into film, art and even taking up some real estate on MTV. Paul’s involvement in tattoo culture has helped to elevate tattooing into a well respected art form, a vision which applies to all his endeavors.

Fine artist Genevive Zacconi, has shown her dark and lusty oil paintings in galleries throughout the world. Her extensive gallery career is accompanied by credits in illustration, art direction, graphic design, and art instruction.

With the global reputations of both artists, and shared vision they created Last Rites gallery, near Paul Booth’s Last Rites Tattoo Theatre. Here they talk about how it all came together, dispelling some misconceptions and perhaps enlightening the mainstream with a new approach in viewing art. So without further adieu… 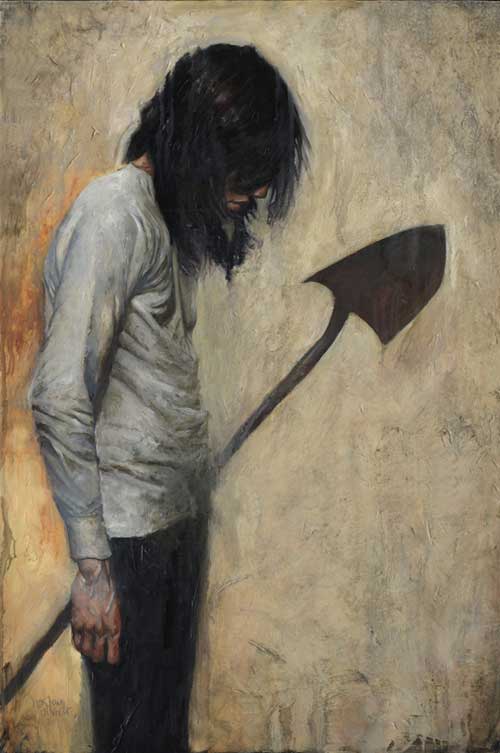 Hi-Fructose: Could you both talk a little about how you met and how opening Last Rites gallery came to be?

Paul Booth: I was first introduced to Genevive through a mutual friend and highly respected tattoo artist, Joe Capobianco, of Hope Gallery. I had mentioned to Joe that I was on the hunt for a gallery director that would have an interest in focusing on the darker side of things. This was a rather daunting task, I might add, as I have found the dark genre is often overlooked in mainstream art circles. I had not really expected to find someone in the field that actually had interests similar to my own. Needless to say that upon introduction, Genevive and I clicked immediately and set out on our mission to provide a home and a showcase for this select group of artists. 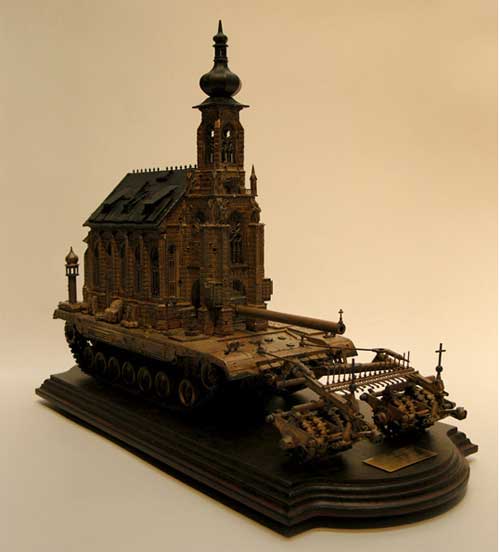 Genevive Zacconi: I had been a fan of Paul’s work for a number of years and was very excited about the prospect of curating at Last Rites. Paul and I met and had very similar tastes in art and the same vision on how it should be presented. We began working together – spending the first 6 months just planning, meeting with artists, booking shows, getting our website & ads together, and promoting. We had our grand opening on April 5th, 2008, and couldn’t have asked for a better reception. 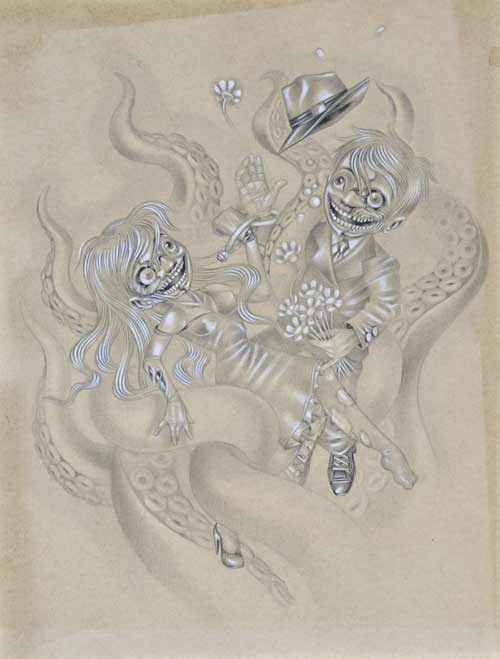 HF: For a person not familiar with the darker side of art, what would you hope someone would come away with after a visit to your gallery or an opening? 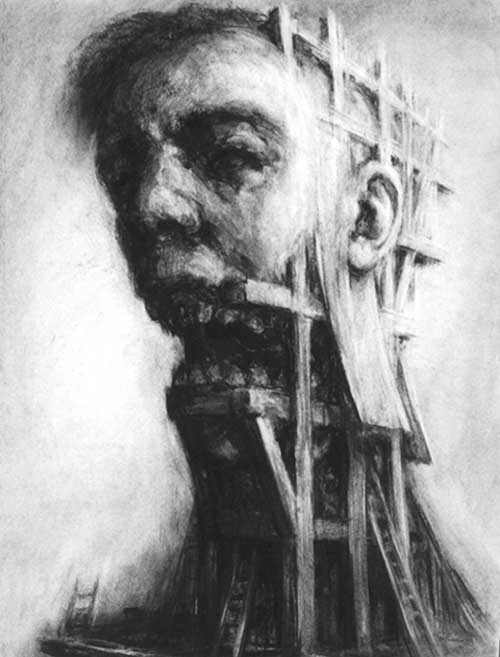 PB: I feel society has conditioned people in general to run away from anything that might cause any sort of dark or negative emotion. However, everyone has a dark side and it too needs feeding, so to speak. I feel we live in a time that causes one to require a much greater degree of sensory stimuli to truly feel much of anything anymore. I think modern society is desensitizing its inhabitants more than it ever has. I also feel that art with any degree of a disturbing or dark thought provoking factor about it is much more capable of moving the viewer emotionally as a whole. This is something I find most important in any form of self expression. I would like for people to leave here feeling touched in some way through what they’ve seen. I suppose unicorns and rainbows are nice and all, however, I think they are less likely to leave a mark. I think dark art generally incites a degree of self reflection in the viewer, and that can only be a good thing at the end of the day. 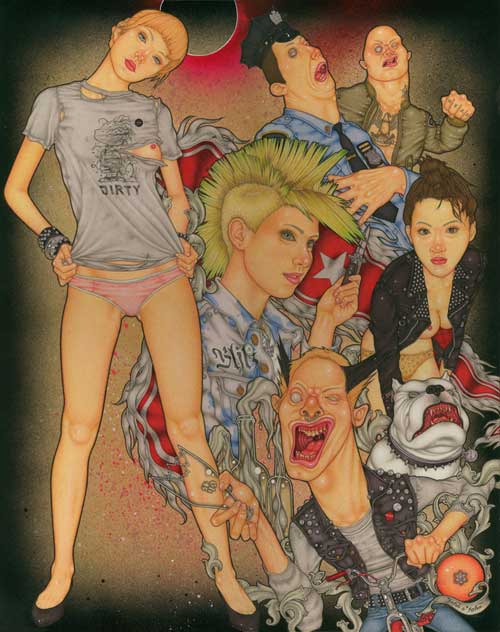 GZ: I think the majority of mainstream art and entertainment in American culture has become so bright and candy-coated that it is the only type of visual stimulation many people are accustomed to. We offer something completely different from the pop aesthetic presented by mass media. I hope that first time visitors to the gallery learn to see beauty in unexpected places, and they can take that lesson home with them. On the same note, I frequently hear comments from newcomers about how surprised they are on how friendly our staff is, and on how welcoming the general environment is at Last Rites. I think people have misconceptions about what to expect from us, I hope we shatter those stereotypes.

HF: Paul, how did your fine art segue into tattoo? 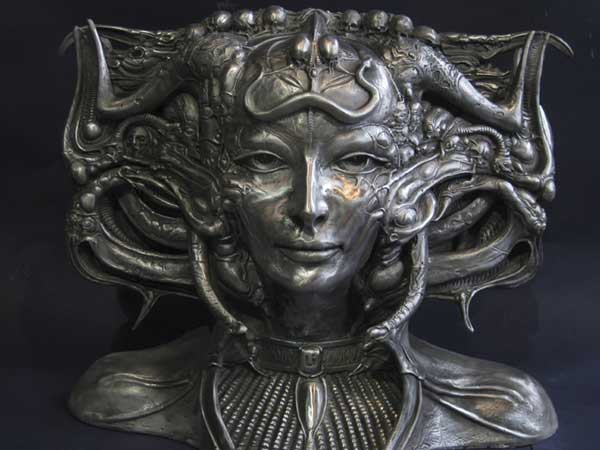 PB: I think ultimately all of my art originates from a lifelong position of feeling like an outsider and in turn feeling a bit rebellious as a result. I suppose tattooing is a natural progression of that mentality. For me, it really originated as simply another medium to explore and learn, and hopefully master one day. The whole concept seemed like such a heavy trip and was rather intriguing to me in regards to the possibility of people that had an appreciation for my art, being willing and trusting enough to wear it on their body for the rest of their life. As an artist it is a rather intense concept. Scary things have always seemed to attract me, I suppose. 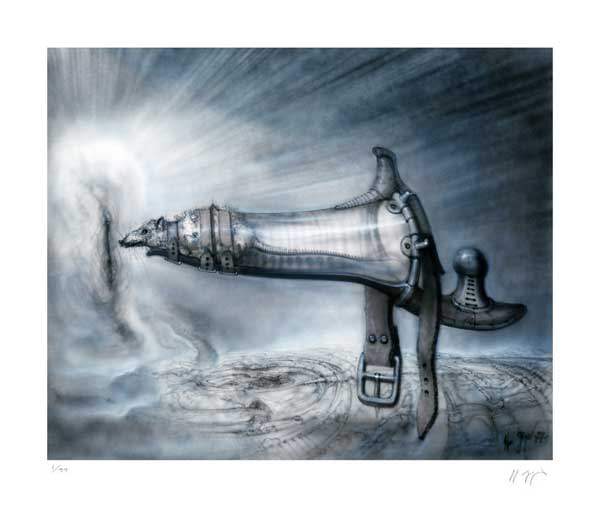 This is probably the main reason the tattoo medium has captured so much of my attention over the years. Ironically, one of the things that have brought more of my focus back to painting has been the lack of consideration tattoo art has received throughout the past and being considered an illegitimate art form. I guess being an only child, the word “NO” never sat all that well with me! I’ve also now found myself coming full circle in my art explorations, and am now achieving an interesting balance between the skin and the canvas as my more prominent chosen mediums. 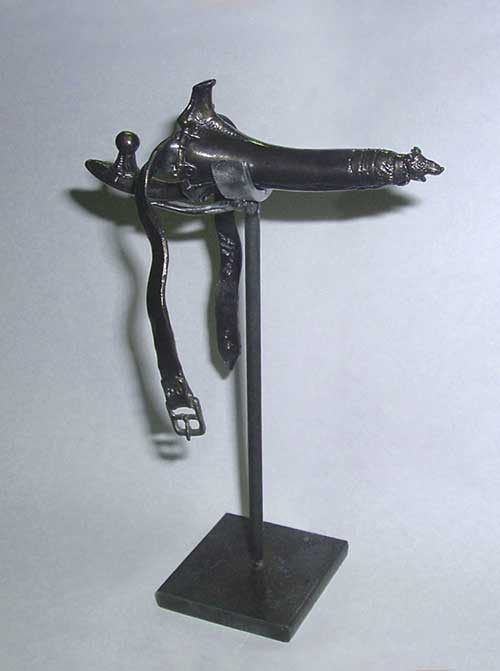 HF: Will some of the artists in the October show be present for the opening?

PB: So far our artists have always been extremely supportive in being here for our openings. Perhaps they appreciate the fact that Last Rites Gallery is operated by fellow artists. I also tend to put a lot of the blame towards the fact that this is by no means a typical gallery setting. The people that frequent our events are a rather diverse crowd, and thusly, providing a rather interesting experience when these varied groups come together.

GZ: We’ll have artists from both NY and across the country in attendance for the opening- including Carrie Anne Baade, Vincent Castiglia, Scott G. Brooks, Inky Dreadfuls, Jason D’Aquino, and more. This is a great chance for fans to meet the people behind the work. 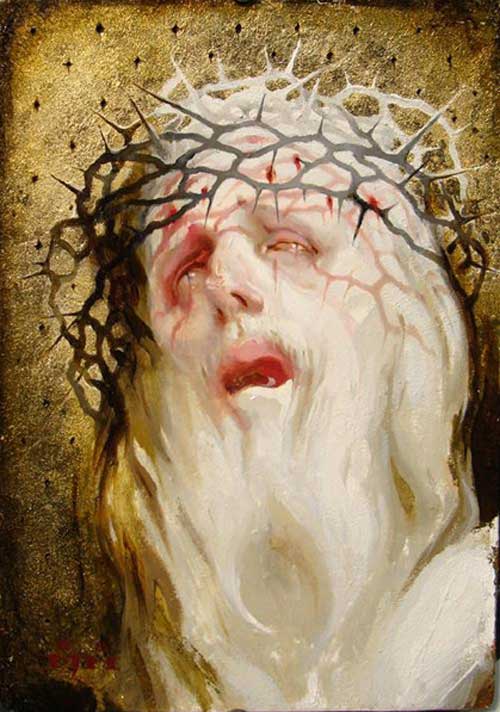 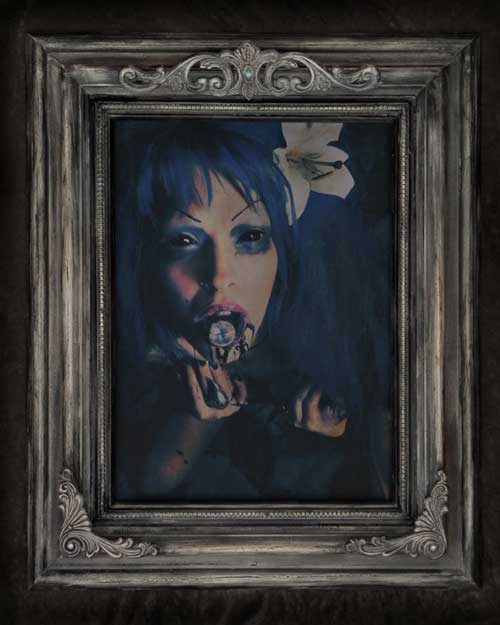 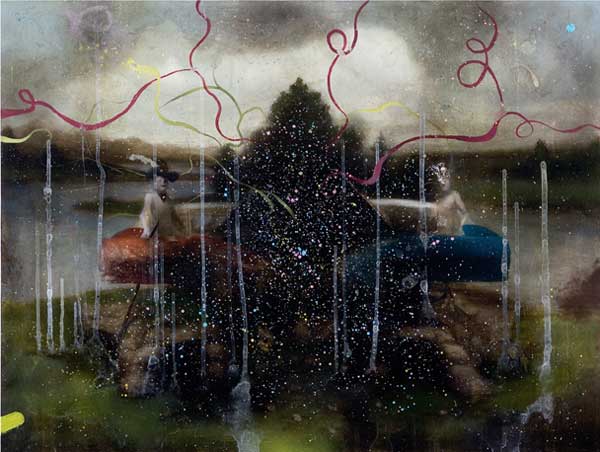 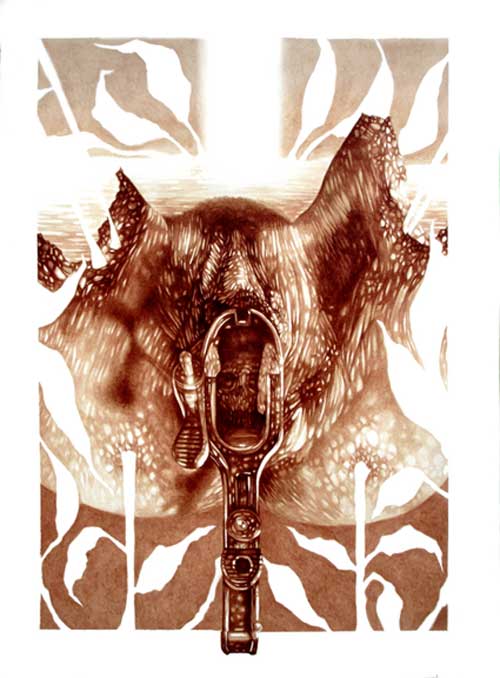 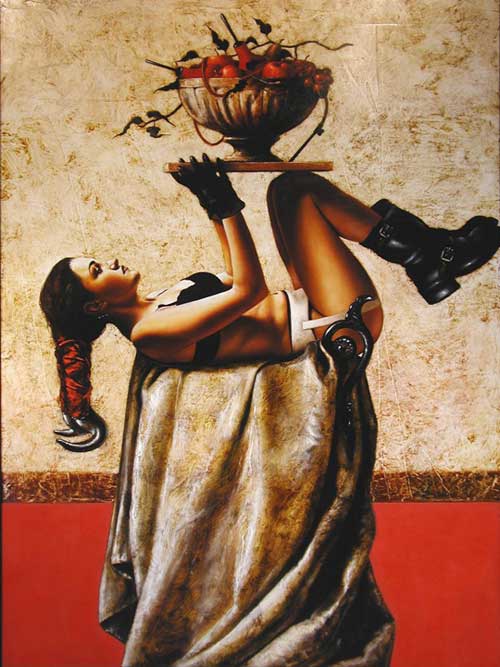