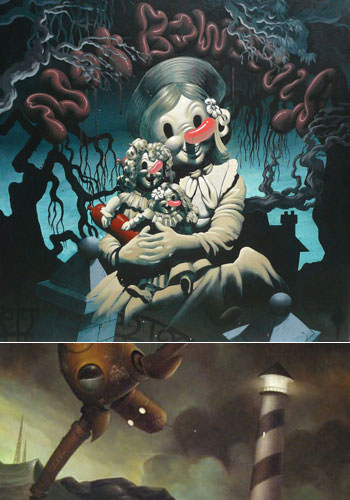 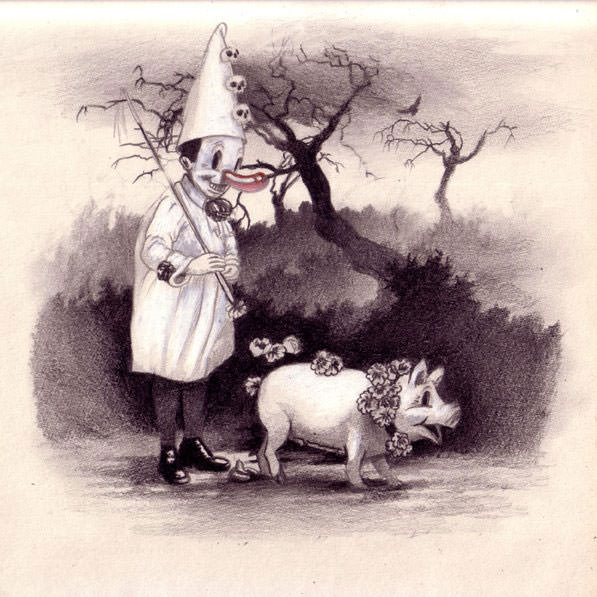 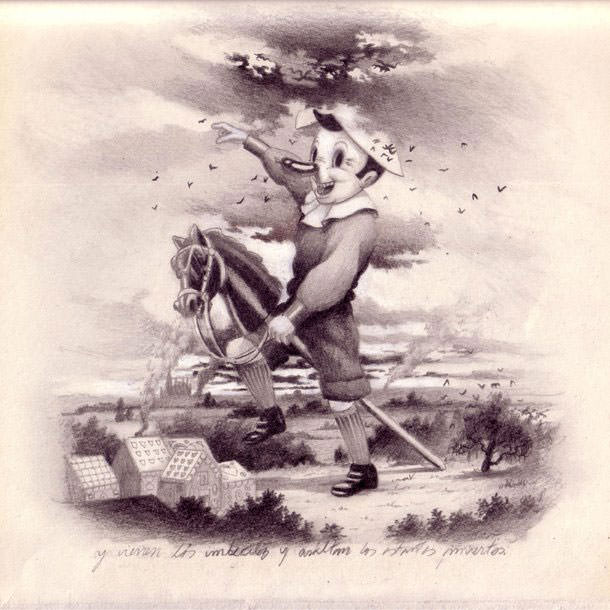 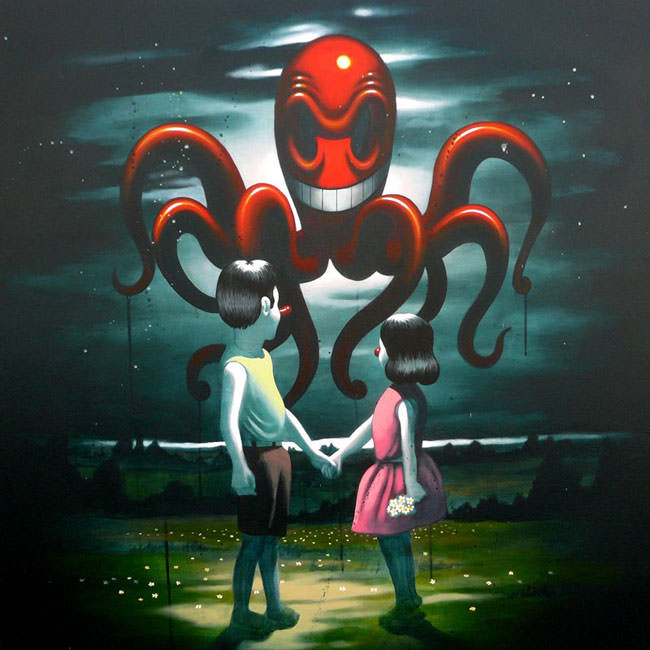 Victor CastilloFor his first solo exhibition in USA, Victor Castillo has chosen a biblical title taken from the lyrics of a song by Violeta Parra, a communist Chilean folk musician and visual artist. The title and the decontextualized lyrics are a statement of Castillo’s contempt for western society’s fundamentalism. Expansive politics – bombing, invasion and imposition of the self culture in foreign countries, racism, omnipresence of violence, weapons culture, extremist Catholicism, etc. are some of the subjects of his new series of paintings. He depicts decadent aspects from our society through the use of an apocalyptical visual poetry. Children are the main actors in the artworks. They portray dark scenes where toys become weapons and cruelty replaces innocence. They act as metaphors but are actually not so far from reality when compared to facts like the trends in youth towards broadcasting their own violence and executing brutality without compassion or recognition of actual consequences. In Victor’s narratives the cast of characters usually feature hot dog noses and hollowed out eyes. This is to represent excitement, arrogance, desire, and the thought of cannibalism (the obviously phallic noses) juxtaposed with unconsciousness, blindness, insanity and dehumanization represented by the empty eye sockets. Additional common traits to his paintings are the use of lighting (characters are often tellingly lit as if from flames from below) and children in Victorian finery often doing horrible things. A brutal darkness emanates from each canvas beyond the initial reaction to the cartoon grotesquery and goofy over the top-ness of the characters with a penchant for gleeful violence, writing out words in juicy entrails and carrying the cross.Castillo was raised in a humble neighborhood in Santiago de Chile, a conflictive political and social environment, being the country under the dictatorship of Augusto Pinochet. If historically Chile had been strongly influenced by the post-colonial Spain, during this period politics, economy and culture were heavily influenced by Wasington, the strength of the dollar and Hollywood. Victor developed since then an ambiguous relationship with the US. For him it was a country that exerted a colonial-style influence but brought a culture which fast became his main source of inspiration, far from anything else he had known before. In his first solo exhibition in Spain his paintings related a love and hate feeling towards Spain and Chile, the paintings in this first solo show in the USA ooze with a trace of ambiguous admiration and criticism towards the US. 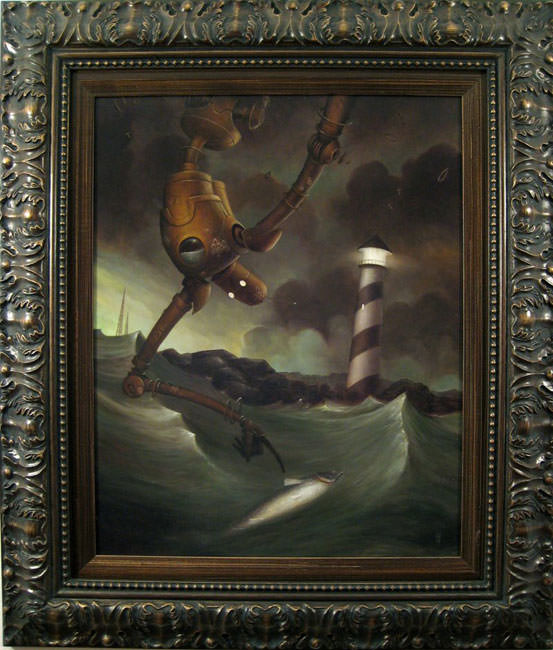 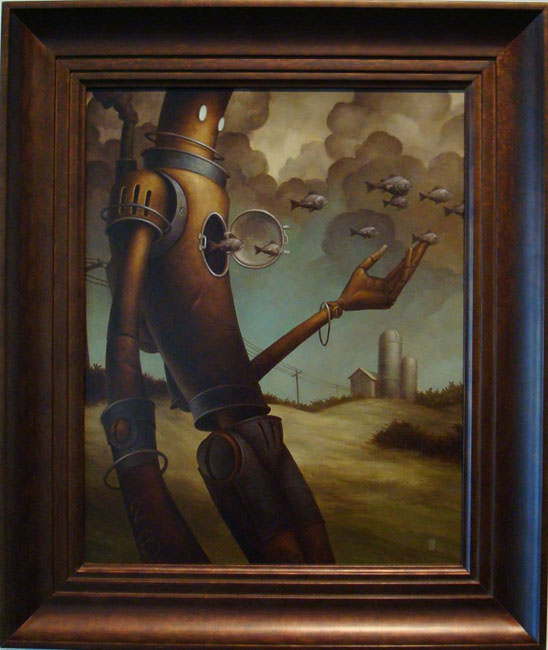 Brian Despain:Brian Despain returns to the gallery with a new set of paintings from his 100 Robots series. While his painterly work retains a dark humor, these new paintings belie also a sense of melancholy, stemming from recent issues in the artists life. He places his depiction of the “everyman” as robot in bleak situations and landscapes that look ready to storm. Painted in hurricane-cloud greys and blues and sulphurous post-apocalyptic yellows, the robot “protagonists” blunder their way across tumultuous landscapes, thrilled by a newly discovered concept of “self” yet haunted with the dawning realization of their fatal disconnection from the life which surrounds them. Religion, as well as social and personal politics are depicted in allegorical terms, and Brian often uses a symbolic visual vocabulary within his image making.Each painting is meant to provoke introspection into one’s own existence and begs further examination of the collective human condition.