Barr’s contribution to animation include background styling for The Ren and Stimpy Show, Bjork’s I Miss You video and The New Woody Woodpecker Show. Barr’s paintings have been reproduced in art journals like Juxtapoz, Erotica and Film Threat magazine and coming soon in Hi-Fructose’s next issue. 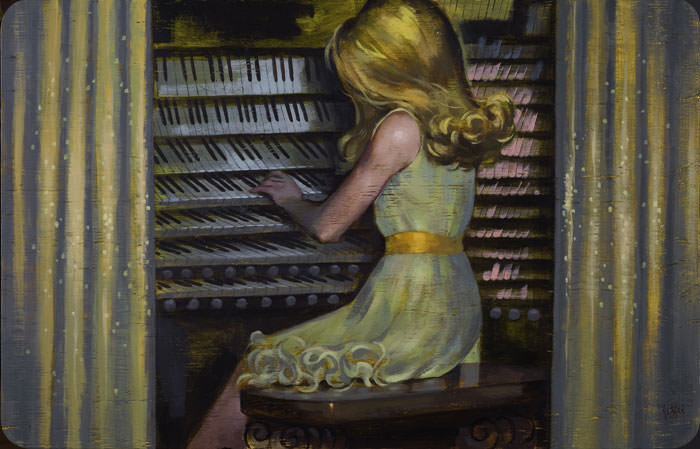 As one critic penned, “Barr’s work is the visual equivalent of a David Lynch film.”

ARTIST STATEMENT: What you are looking at…

As a director choreographing a scene, I try to narrate pivotal moments of action while creating underlying currents of intrigue and drama. The appearance of various archetypal personas helps to illuminate these scenarios. My characters tend to live on a parallel sound stage of “B” culture melodrama.

These stolen moments can symbolize the stilted elegance of heartache or perhaps love’s tragic betrayal or even a trip to Hell. Rewriting the world’s history of myth for modern day living is fair game to me. I mean I also explore images of the “fantastic” but keep it plausible at the same time by injecting into them 20th-Century iconography, design, architecture and “camp.” 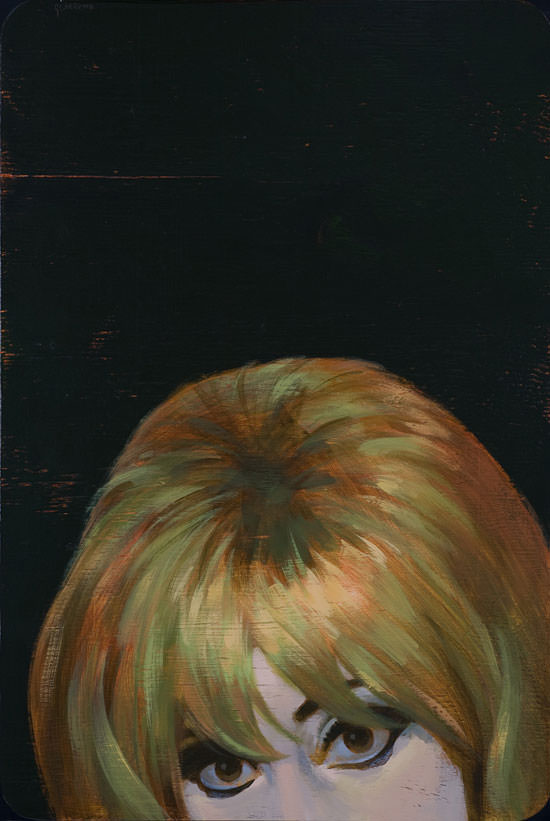 I have a regional fixation. It is an image of an apocalyptic heaven that’s drenched in the texture of an urban landscape. Regionalism balanced with the ghosts of pop culture reflect my surroundings and what I find interesting… 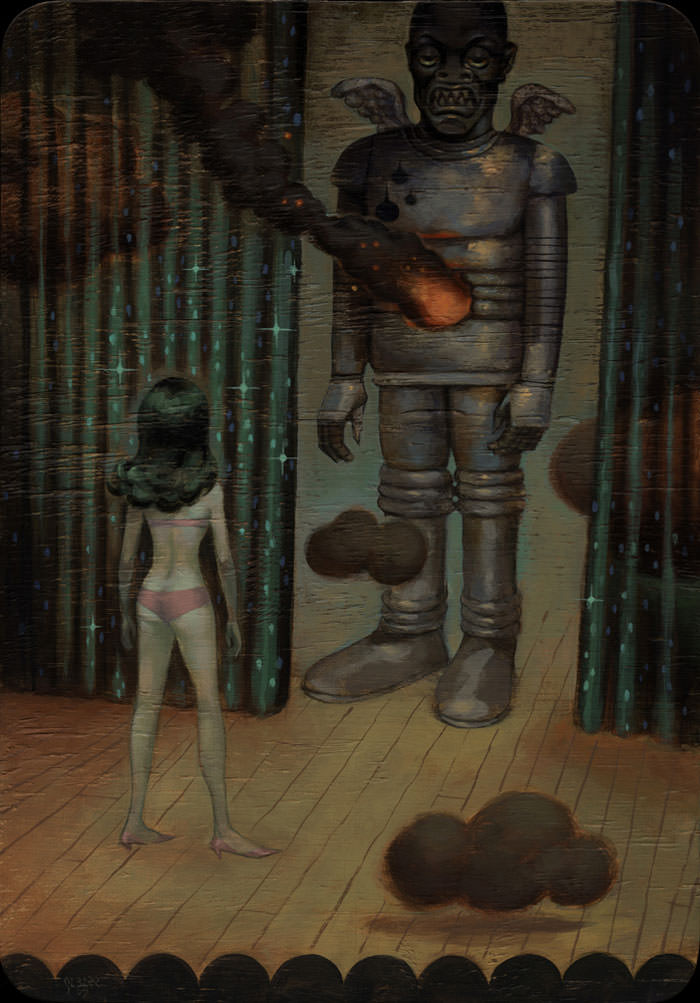