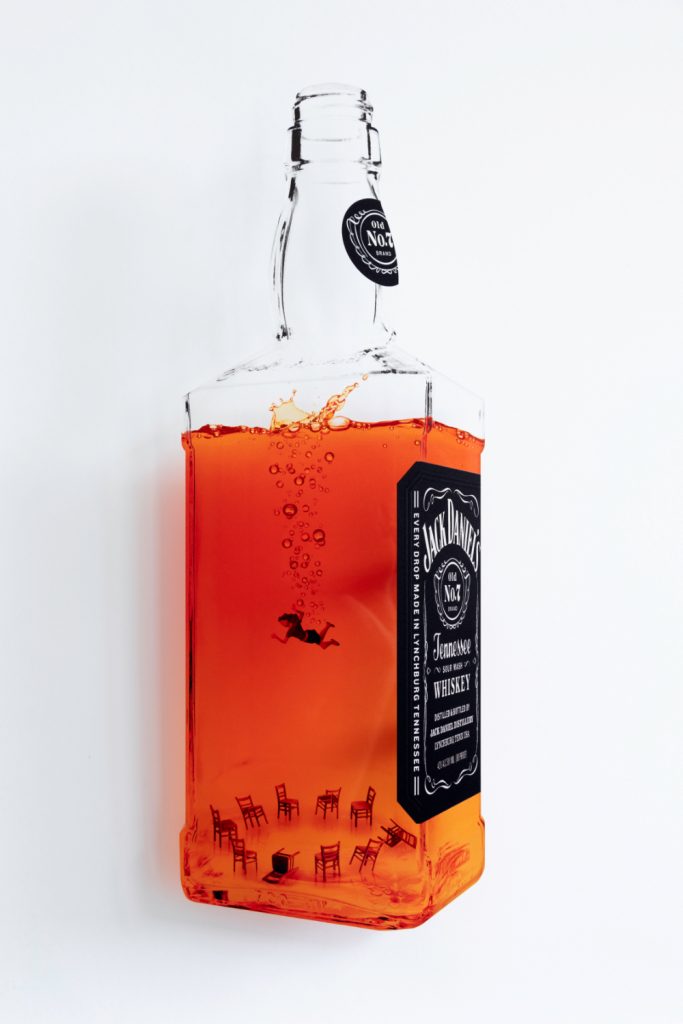 In their current show “Trash Talk” at Thinkspace Projects, interventionists Jaune and Slinkachu offer new solo pieces and collaborative works. Jaune, last mentioned on HiFructose.com here, is known for his tiny, stenciled sanitation workers that toy with scale and humor throughout city streets. Slinkachu (last featured here) uses everyday objects as vessels for his own small characters in unexpected dioramas. This show runs through June 22 at the space.

Bigger is better, unless you’re Slinkachu. The UK-based artist (previously posted on our Tumblr here) started placing his tiny figures around London back in 2006. Slinkachu sources these from a company that supplies model train products, and vintage 1960s toys, which he embellishes for his own purposes. He’s a big fan of artist Chris Ware, whose works also tend to use a vivid color palette and are full of meticulous detail. When we say tiny, we mean barely a centimeter high. Slinkachu has to use a magnifying glass to add details to his little people. If it wasn’t for his compelling photo series, they would be left completely undiscovered to passersby. He has photographed these humorous, miniature scenes all over the world in places like Cape Town, Doha, Berlin, and New York, to name a few. During the course of documenting his work, Slinkachu began to question: Just what happens to art that’s been abandoned on the street?