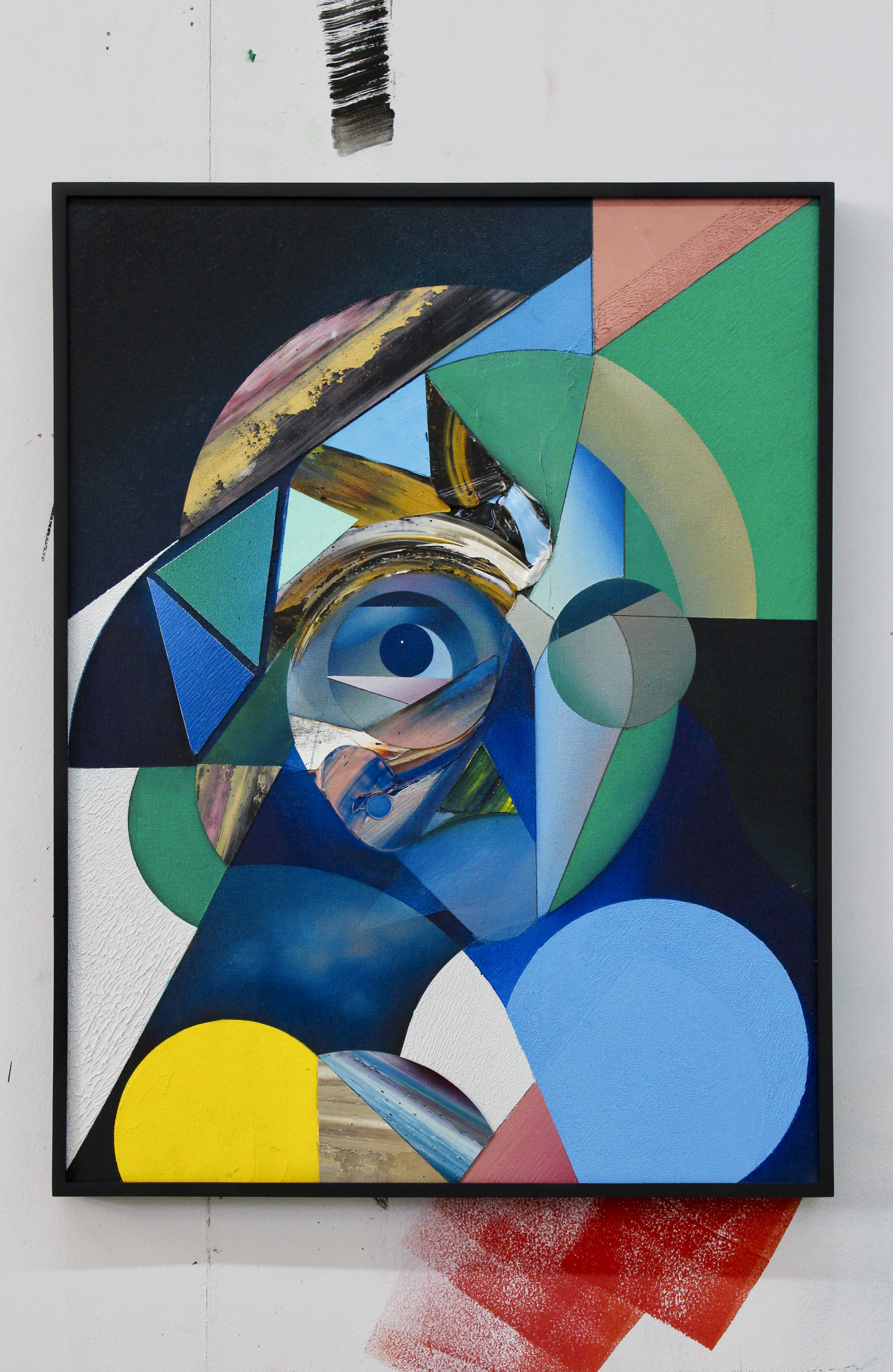 Ryan Hewett’s experimental formations of the human figure, shaped with knives, brushes and paint rollers, return in a new show at the Unit London this month. Among the fresh works offered in “New Paintings” is the massive “Memories,” measuring more than 11 feet by 6 feet. The work took more than a year for the South African painter to finish. Hewett was last on our site here.

In Ryan Hewett’s recent works, the painter uses disparate abstract elements to reconstruct the human form. The artist’s works focuses less on the harsh textures of past works, instead introducing new hues and formations into his portraits. The effect is both disconcerting and wholly absorbing.

South African artist Ryan Hewett looks straight to the core of his subjects in boldly expressive paintings. For his upcoming exhibition “Untitled” at the Unit London, opening April 24th, Hewett depicts world leaders and influencers as we aren’t used to seeing them. His portraits of President Obama, JFK, Martin Luther King, and Contemporary artists like Ai Weiwei are stripped down to the most vague details. If there is any power to be represented, it is in his gestural technique, heavily influenced by figurative painters like Frank Auerbach. By focusing on the raw human nature of his subjects, Hewett creates a non-specific portrayal that is free of judgement.