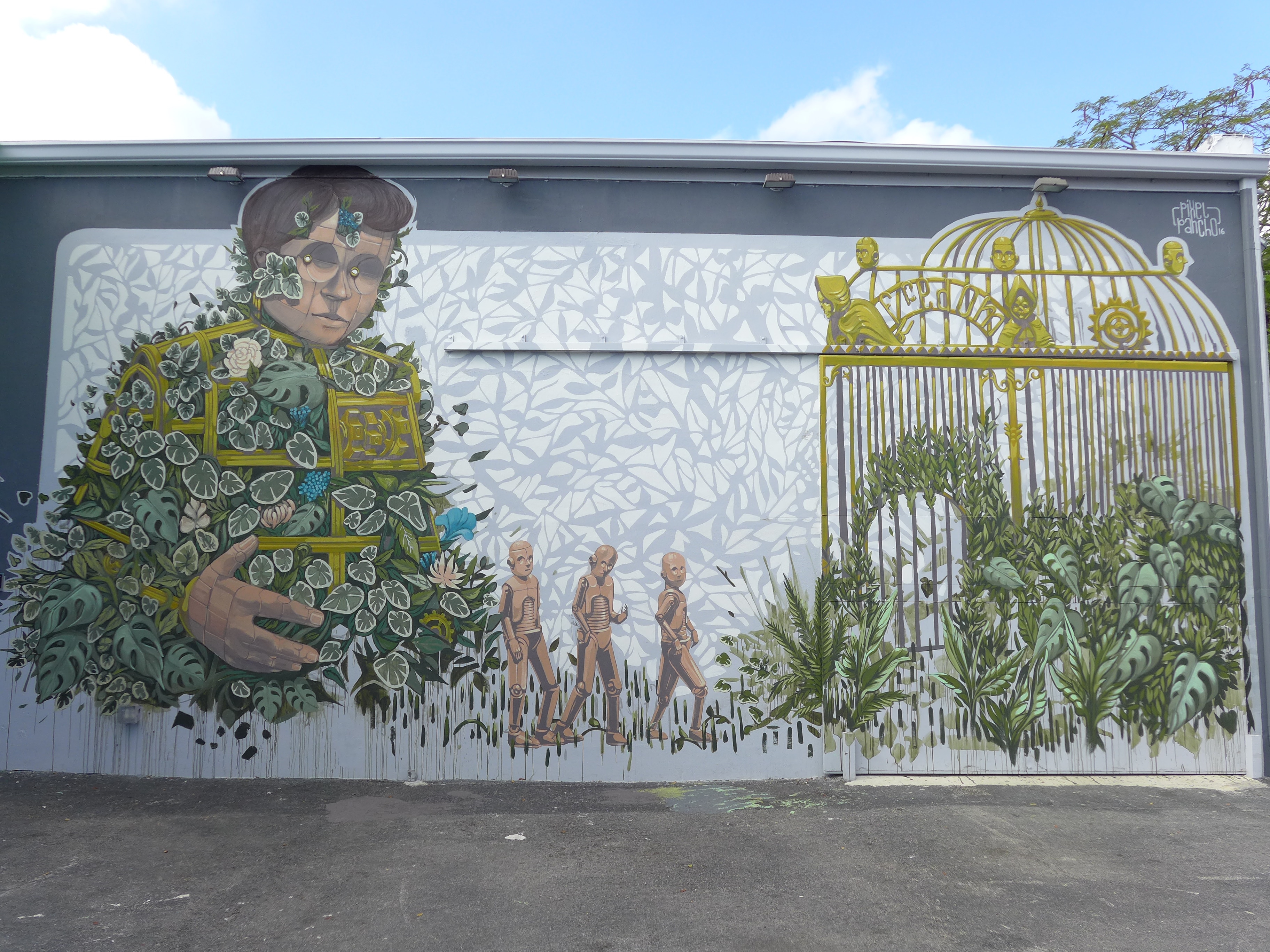 Italian artist PixelPancho is known for a fascination with robots, yet his massive murals go beyond contemplations on technology and into metaphysical territory. His work, found on walls across the world, offer an interconnected narrative from piece to piece, gradually unfolding the painter’s broad examination of what it means to be human.

Turin, Italy based artist “PixelPancho” is well known for his retro-futuristic murals and multi-media works featuring whimsical, steampunk-like subjects. Previously featured here on our blog, works combine an ancient feeling, added by a palette of earthy color tones, combined with modern characters inspired from the science fiction works of American author Isaac Asimov and Japanese manga like Mazinger Z and UFO Robot. Reccuring characters in PixelPancho’s work are colossal robots, often painted in various stages of disrepair, rusting giants that have succumbed to decay. PixelPancho sees his robots, steel humanoids created in our image, as a metaphor for man’s attempts to be closer to “God”.