Brothers Christoph and Florin Schmidt, formerly known as Qbrk and Nerd, have come together yet again as Low Bros, to create a new mural for Urban Spree, one of Berlin’s most treasured open-air venues for art, music, cinema and most recently, screenings of the World Cup.

Made up of brothers Christian and Florin Schmidt, German artist duo Low Bros recently opened a new solo show at Berlin’s BC Gallery. The new works in the exhibition, titled “Wood Hood,” allude to the contrasts between the rural and urban influences that the brothers experienced early in life. Their graphic design-oriented works take shape through a variety of media for this solo show — from airbrush to acrylic to screen printing. Low Bros deconstruct animal imagery, changing the heads of northern forest animals like wolves and owls into block-like, architectural formations reminiscent of deconstructed graffiti letters. “Wood Hood” is on view through February 8. See more after the jump.

“Oh Deer,” the latest show by Berlin art duo Low Bros, recently opened at the Pictolasma Showroom in Berlin. Brothers Qbrk and Nerd of “The Weird” collective combine the elements of nature with clean geometric lines and bold color to create their eye their popping work. Earlier this year, they teamed up with Dulk and Nicolas Barrome on a mural for the eigth Eurocultured Street Festival in Manchester. Take a look at more images of Low Bros’ work after the jump. 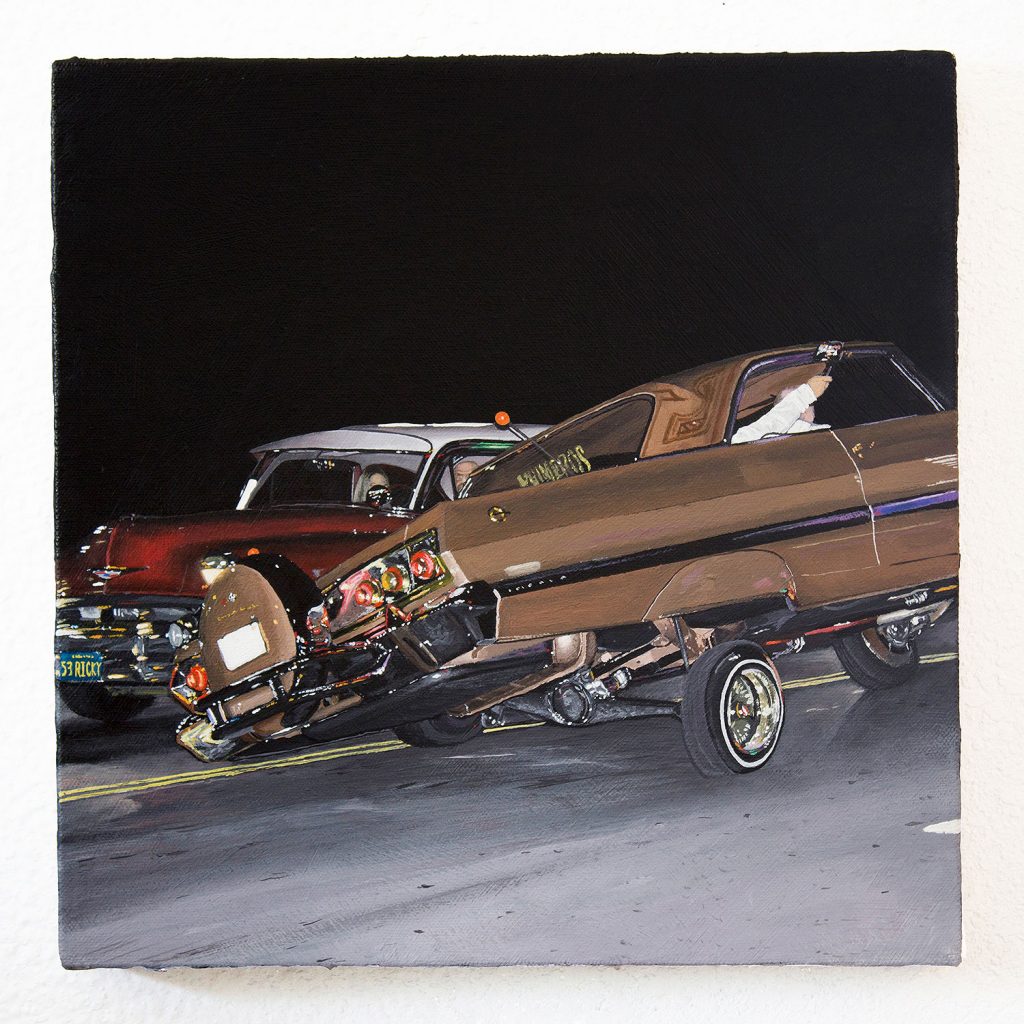 The twin brothers who work under the moniker “Perez Bros” were first exposed to the car culture of Los Angeles in their youth, and to this day, it informs their collaborative painting practice. Their current show at Thinkspace Projects, titled “Cruise Night(Office),” collects some of their recent auto-filled scenes. It runs through the end of the month at the space.

John Brosio’s oil paintings introduce towering monsters and pop cultural elements into the everyday, whether it’s a giant crab or a Big Gulp. The artist has a knack for mixing terror and humor, leaning on his talents in realism to add both components to the work. Elsewhere, he takes a childlike approach to rendering these beasts, reaching back to the sketchbooks packed with dinosaurs and fictional creatures as a child.

Jacob Brostrup’s oil paintings overlay backdrops and scenes, creating dreamlike journeys into the subconscious. Figures and the natural world blend with both unruliness and precision, carefully crafted works that make use of the artist’s talents with color and depth.