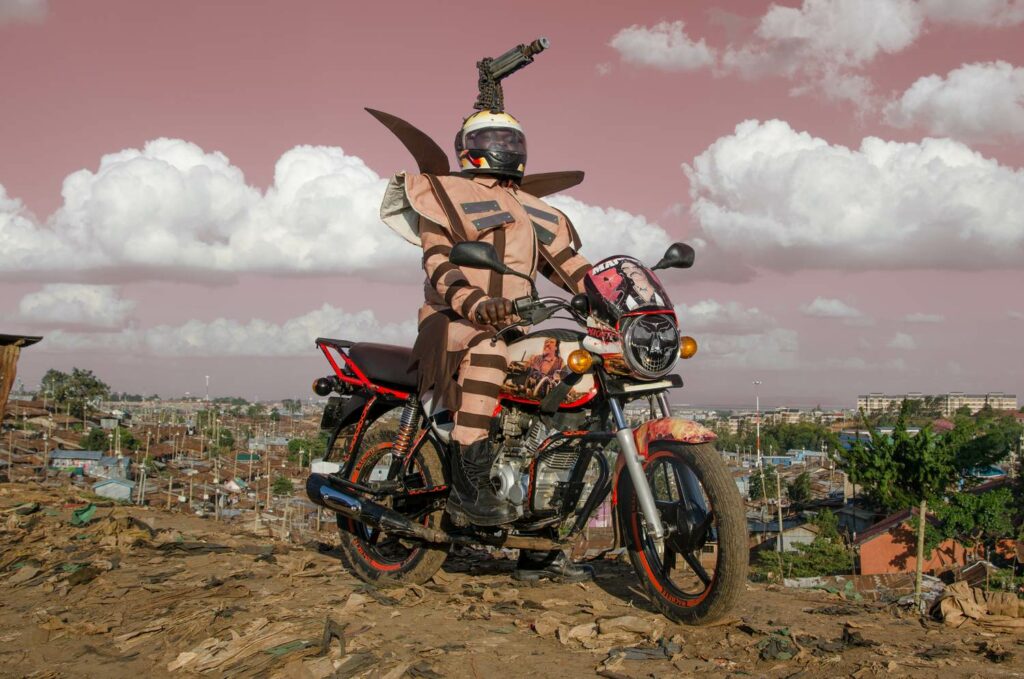 Photographer Jan Hoek collaborated with Ugandan-Kenyan fashion designer Bobbin Case on a project focused on the Boda Boda motor taxis roaming Nairobi. As the drivers crafted vibrant and accessorized bikes to stand out each other, the pair worked with a set of them to create attire to match. The result is the photo series “Boda Boda Madness.” 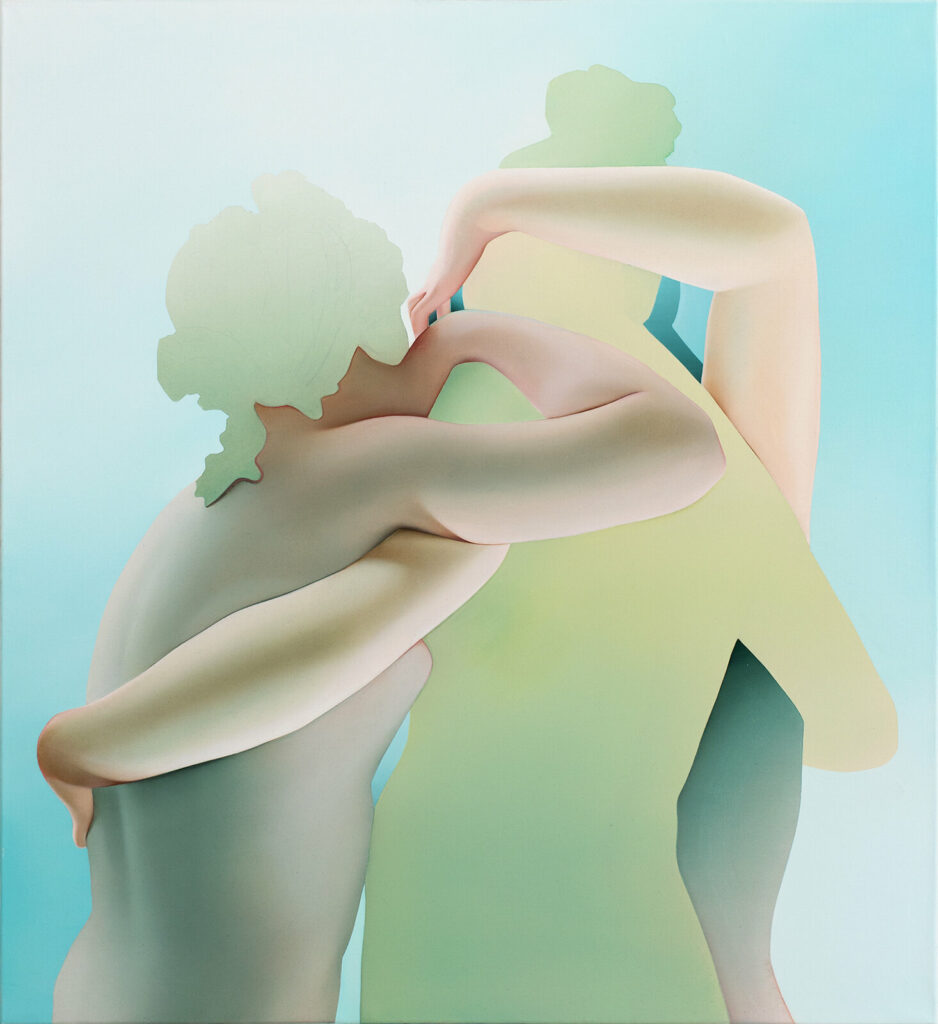 Vivian Greven’s oil and acrylic paintings, bridging Greco-Roman art and a contemporary sense of depth and space, are studies of intimacy. The artist’s command of color and negative space offer riveting results, her treatment of the canvas as a membrane allowing her figures to move in and out of the plane. 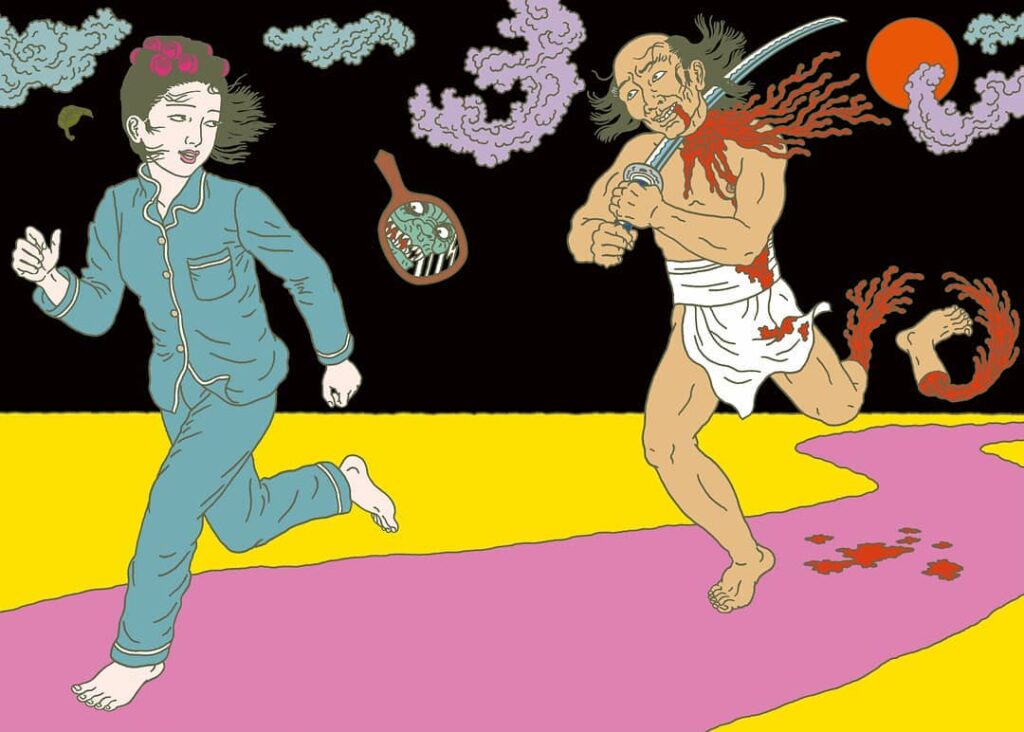 Toshio Saeki, the legendary Japanese artist known for blending eroticism, horror, and humor in his works, passed away in November at the age of 74. During his life, he was given the moniker “the Godfather of Japanese Erotica,” amassing a dedicated underground following before a widespread, renewed interest in his work arrived during the past decade. Among the symbols of that resurgence were appearances in shows at Nanzuka, Jeffrey Deitch Gallery, Art Basel in Hong Kong, Jiu Xiang Ju Gallery in Taipei, and Arts Factory in Paris. 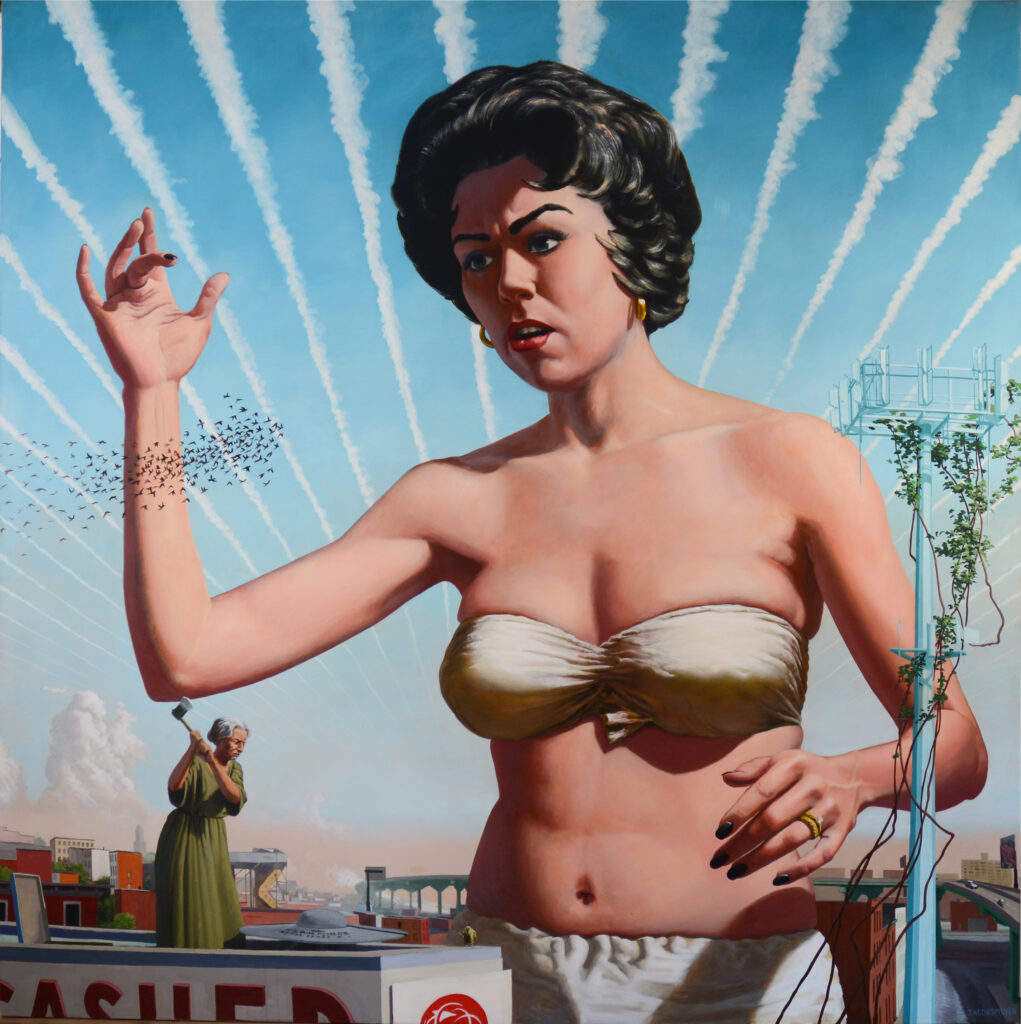 In John Jacobsmeyer’s parallel reality, pop culture and art history collide with the backdrops of his suburban youth. In his third solo show at Gallery Poulsen, titled “Locus Colossus,” he offers new paintings and linocuts with these startling convergences. The show runs through Feb. 15 at the  Denmark venue. (Jacobsmeyer was last featured on our site here.) 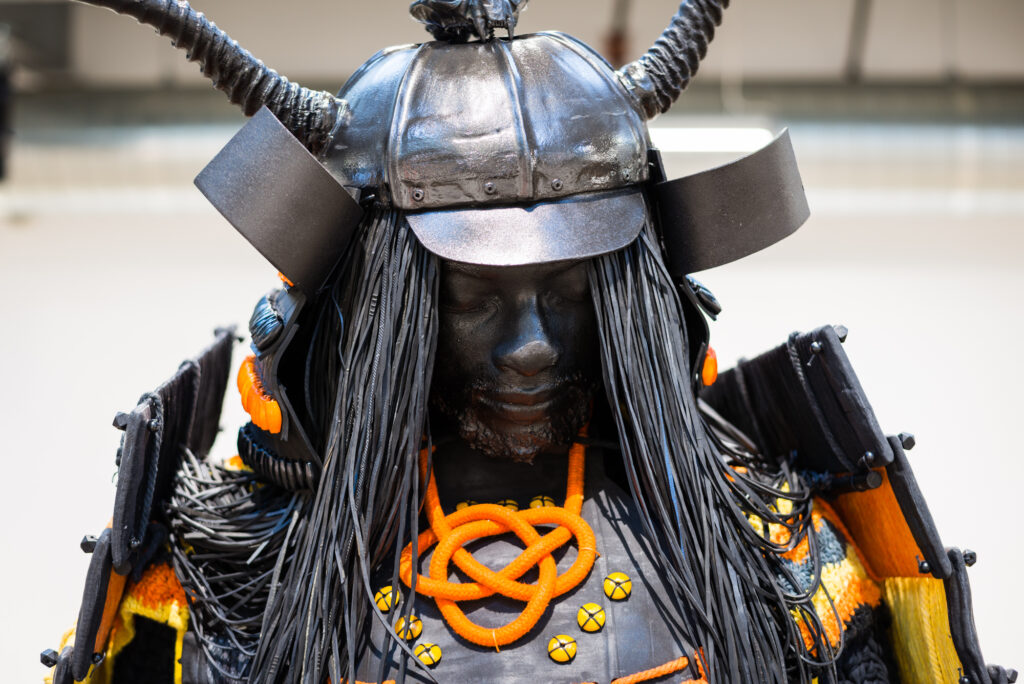 With “Kurobōzu/Dark Stranger,” artist Nicola Roos depicts the real-life figure of Yasuke, “the only Black Samurai in Feudal Japan.” Using recycled tire tubes, textiles, and other materials, the artist crafts four different representations of the historical figure for the show at Ever Gold [Projects] in San Francisco, running through Feb. 29. Roos pulls on the varying threads of Yasuke’s story, though no official recording or portrait of the artist exists. Below, you can see one sumo scene depicting a wrestler some have surmised to be Yasuke. 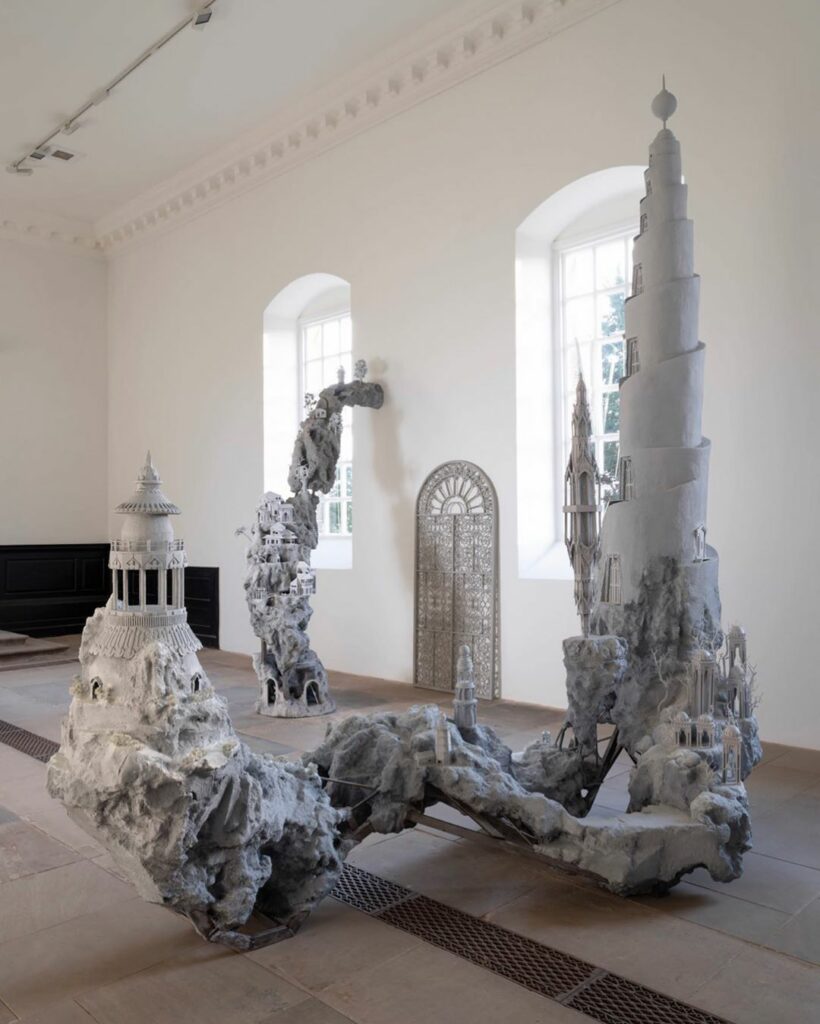 A writhing amalgamation of architectural forms is currently inhabiting Yorkshire Sculpture Park’s 18th-century Chapel. The installation, from artist Saad Qureshi, is titled “Something About Paradise” and explores what the idea of “paradise” means to people of differing backgrounds.