Hector Javier Martinez Mendez’s pottery practice brings energetic, skeletal figures to the surfaces of jars, pots, and plates. Since first garnering a reputation for his Day of the Dead-themed works, his creations have grown more detailed and popular. 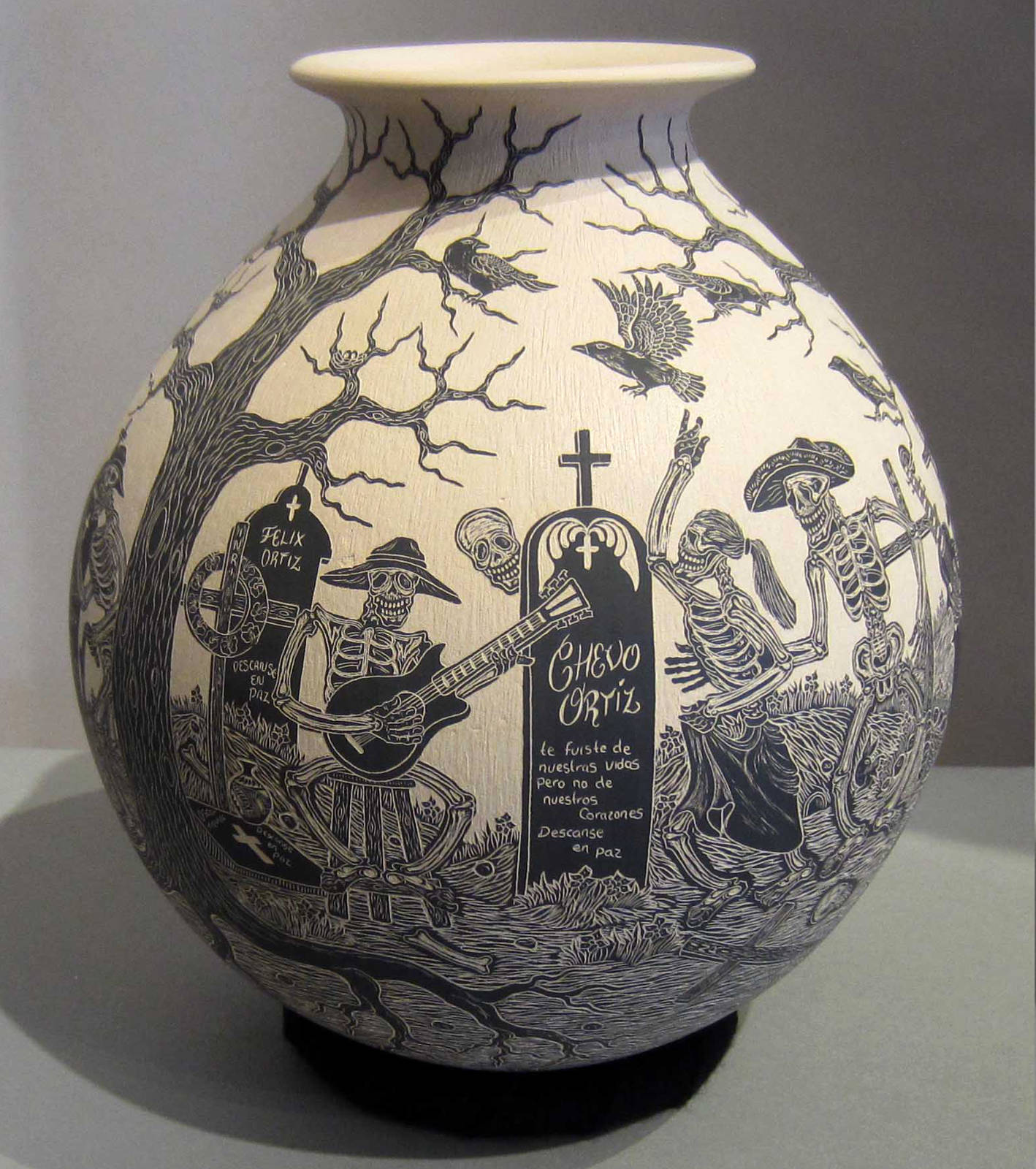 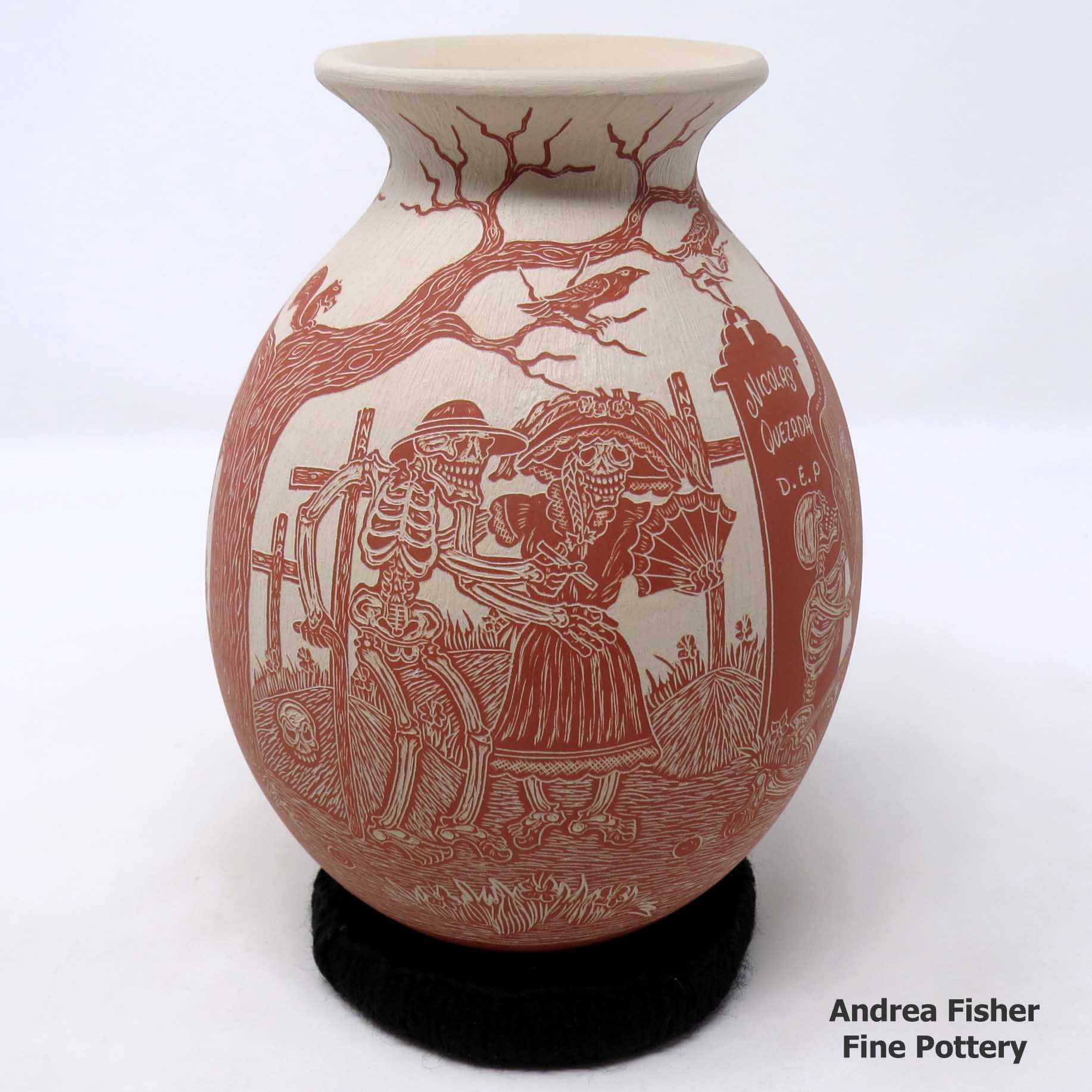 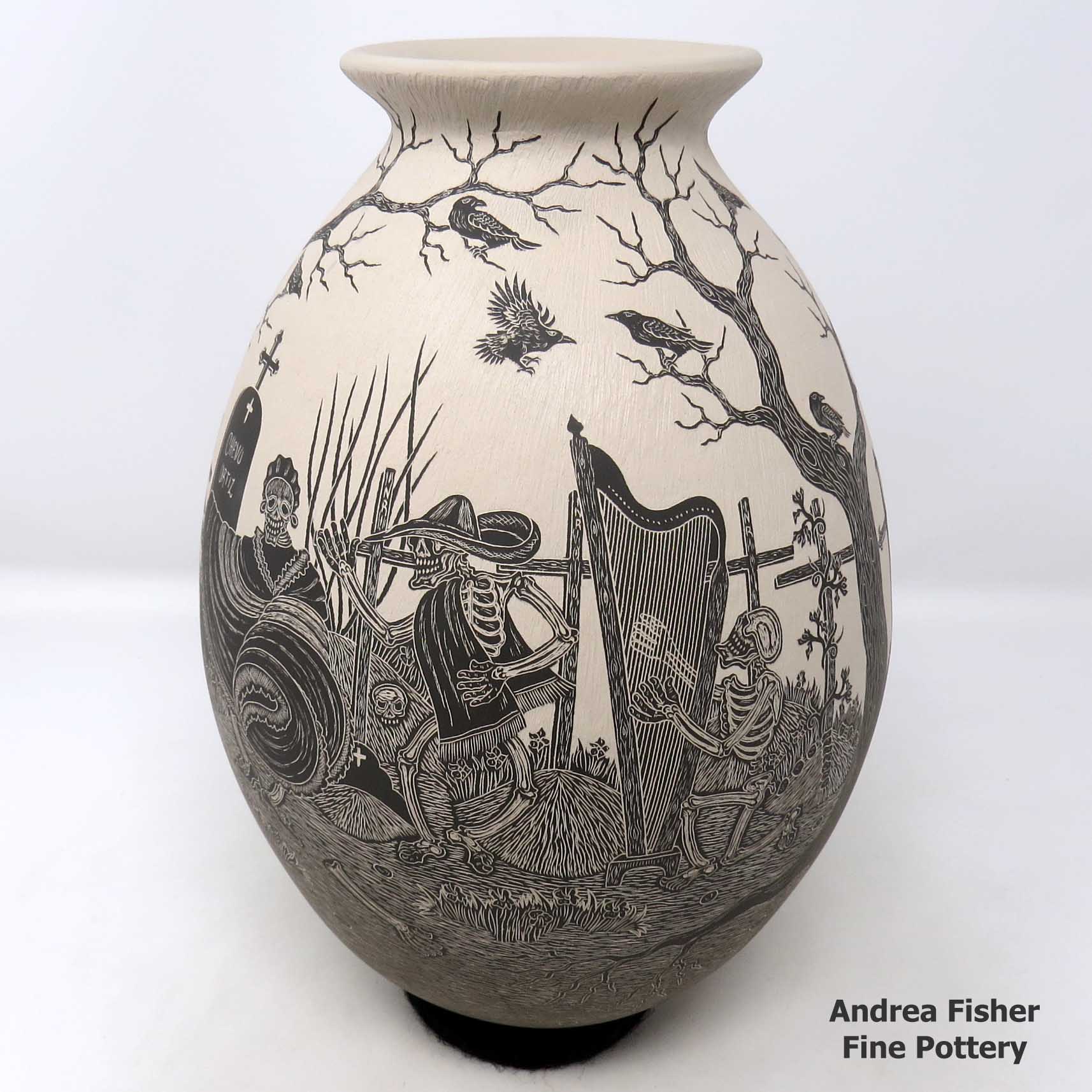 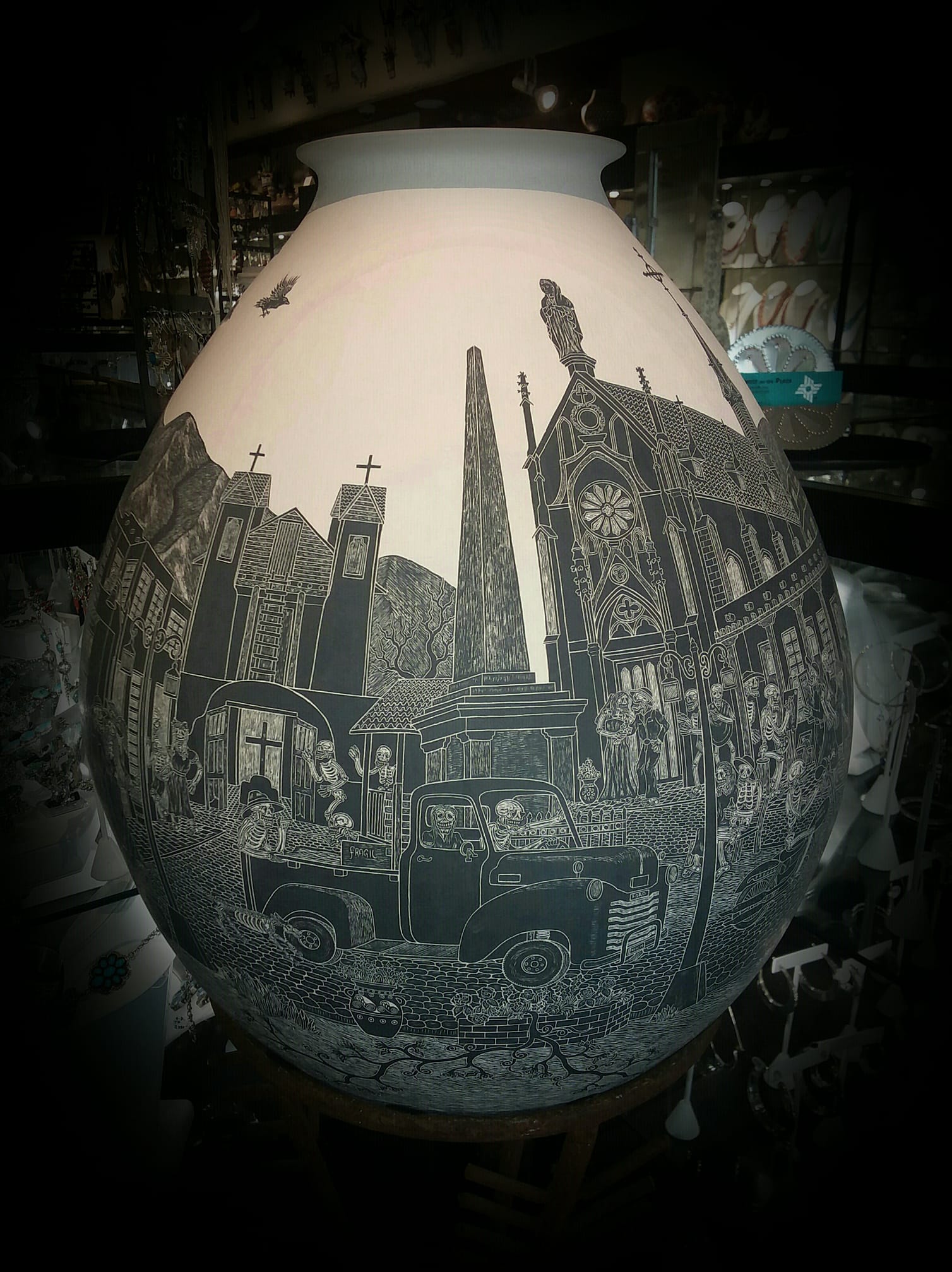 “A few years ago Hector Javier Martinez Mendez was working as a mechanic and gardener. Now he is a famous potter from Mata Ortiz,” In the Eyes of the Pot says. “He originated the Day of the Dead and Night of the Dead sgraffito motifs. In 2014 a large pot of his won the Presidential Award at the Premio Nacional de Ceramica in Tlaquepaque, Mexico. Since then, his business has flourished, although other potters in Mata Ortiz have been busy doing takeoffs of his designs and styles. Hector’s wife, Graciela Martinez de Perez, also has a bigger role now in their business and together, they are introducing new styles and designs based on their trademark Day of the Dead and Night of the Dead series.” 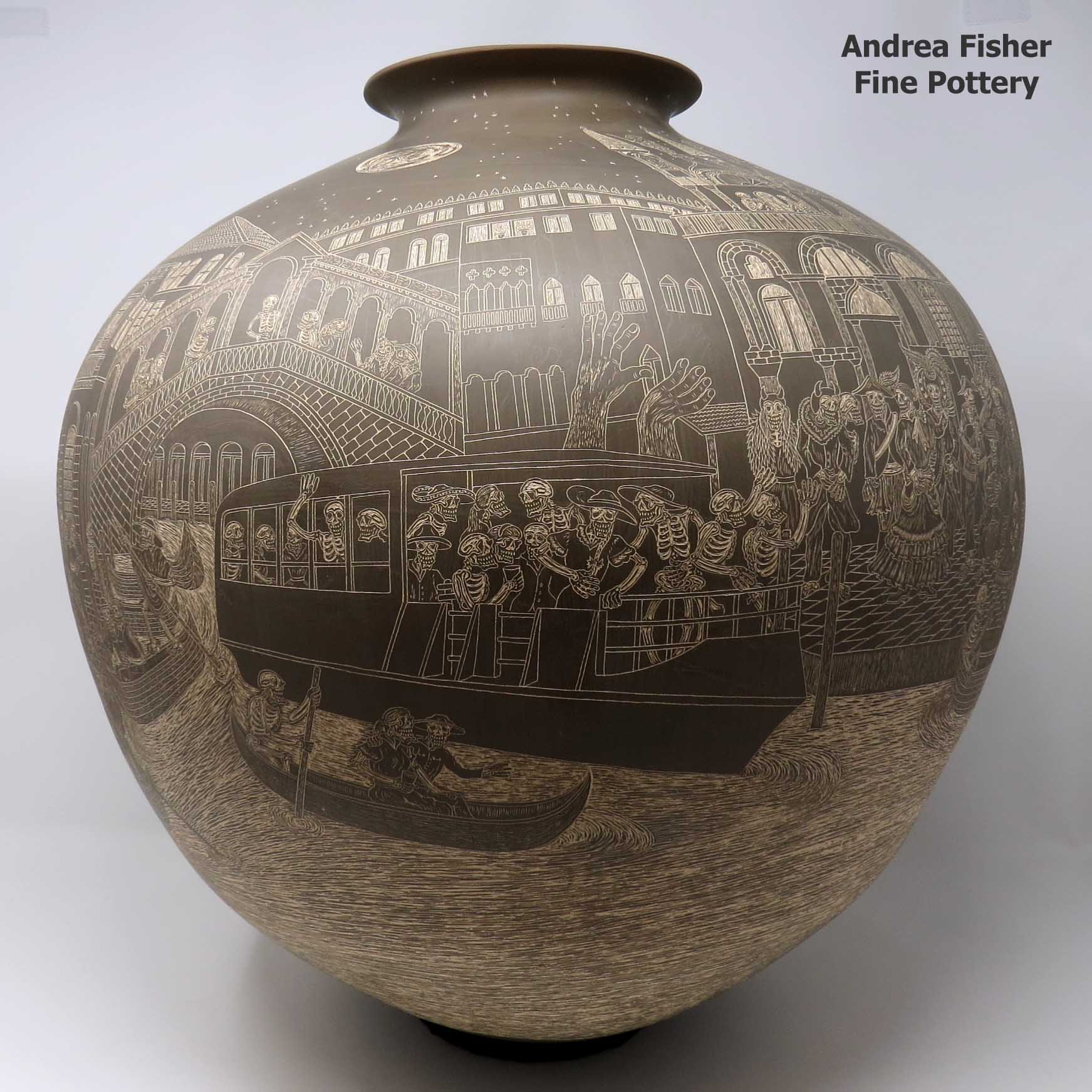 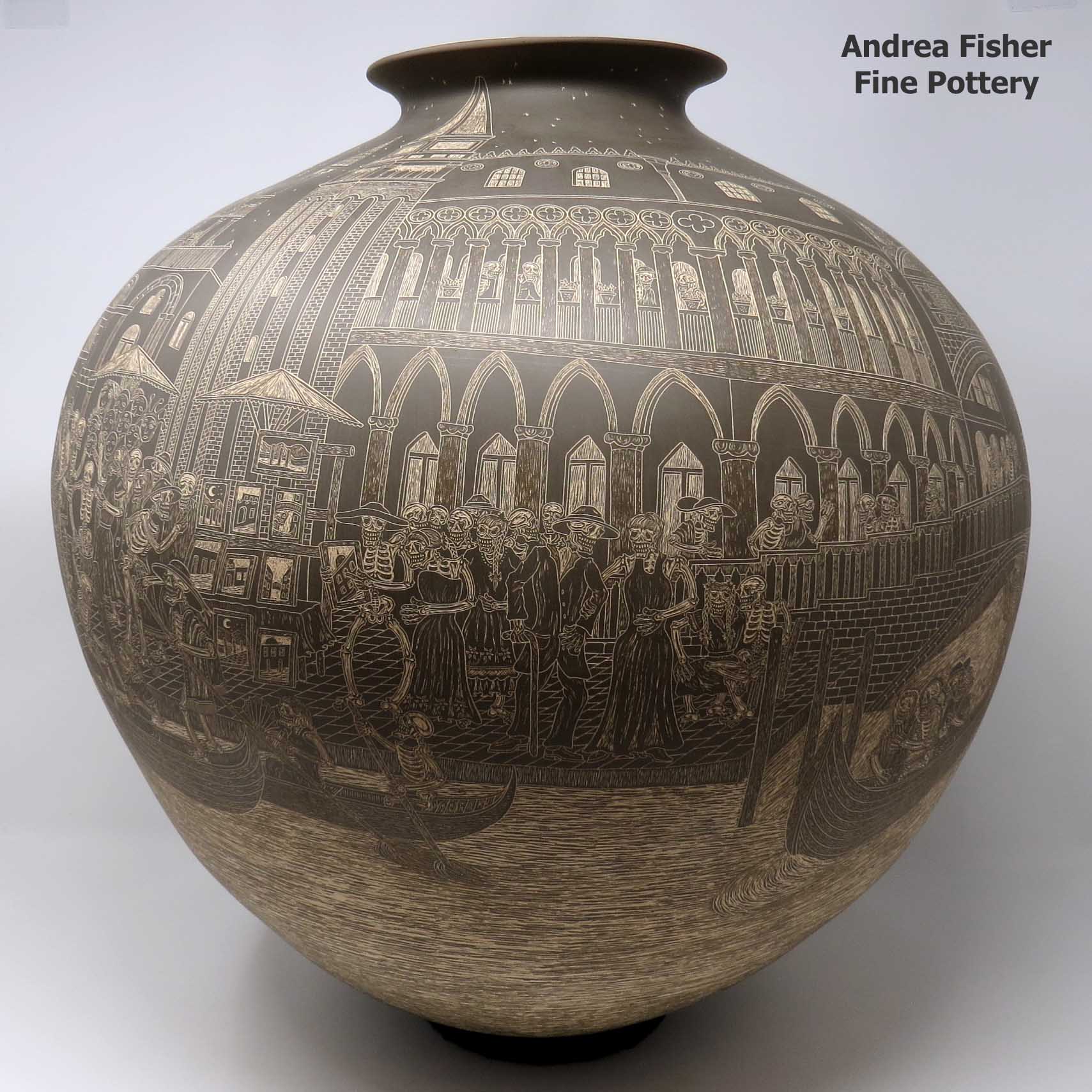 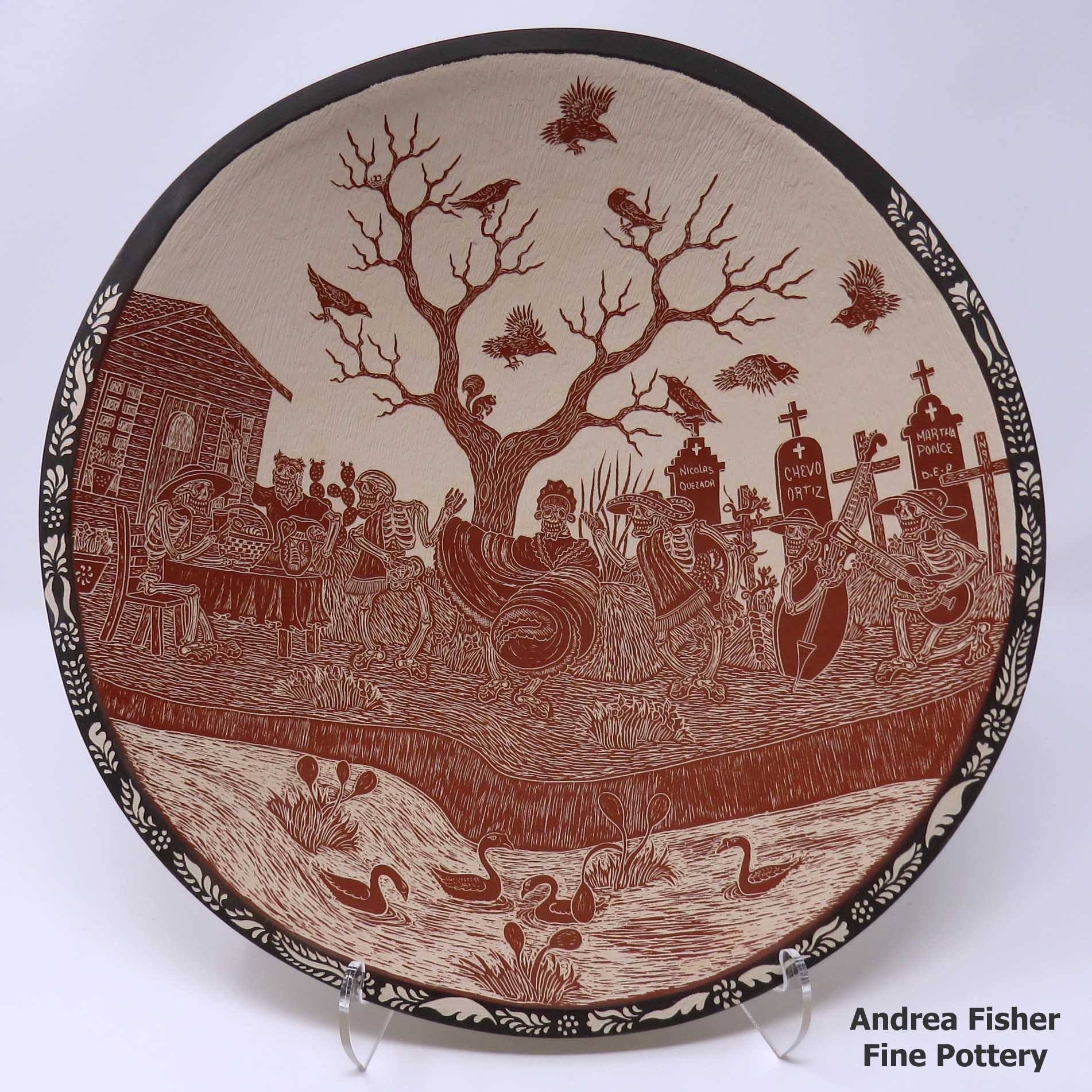 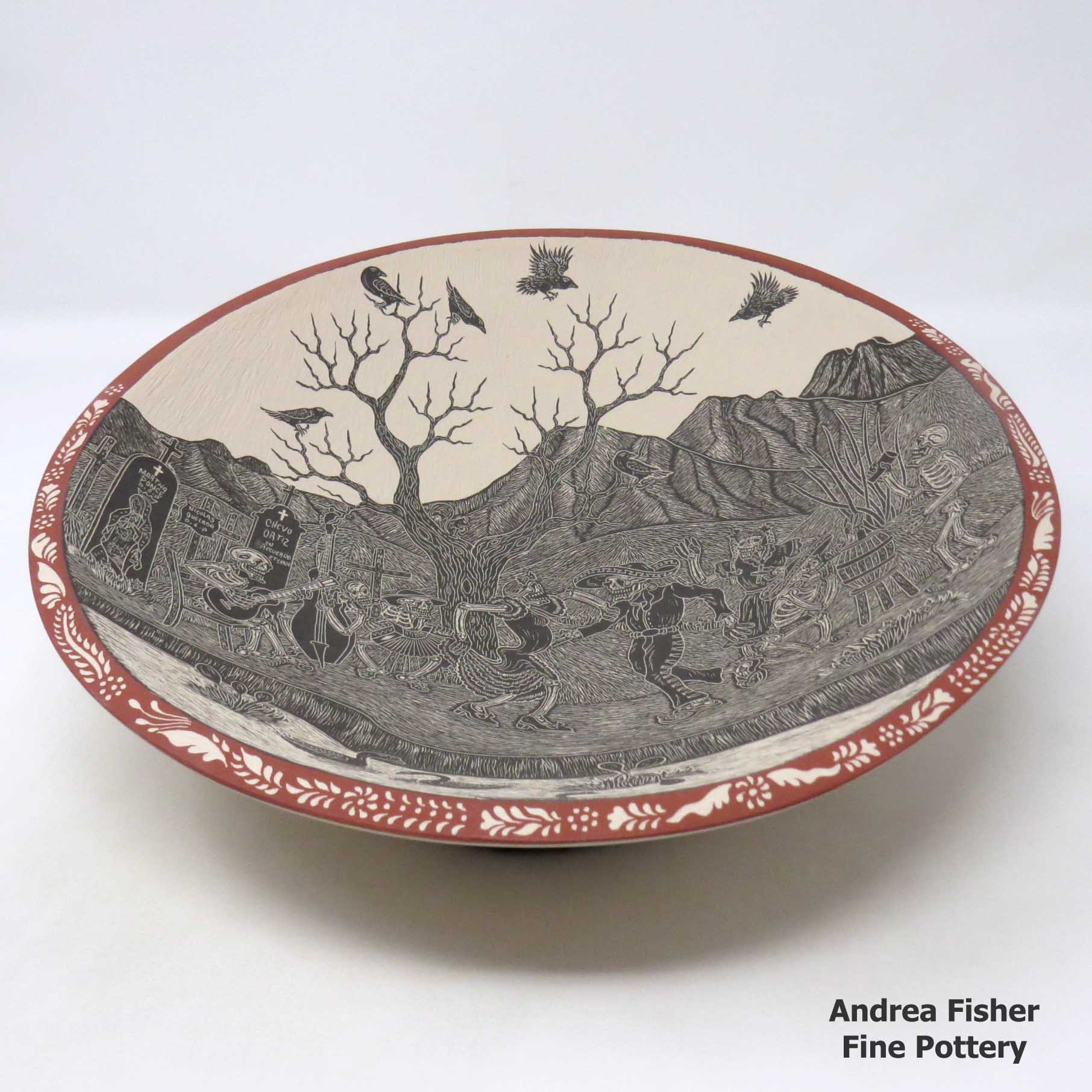 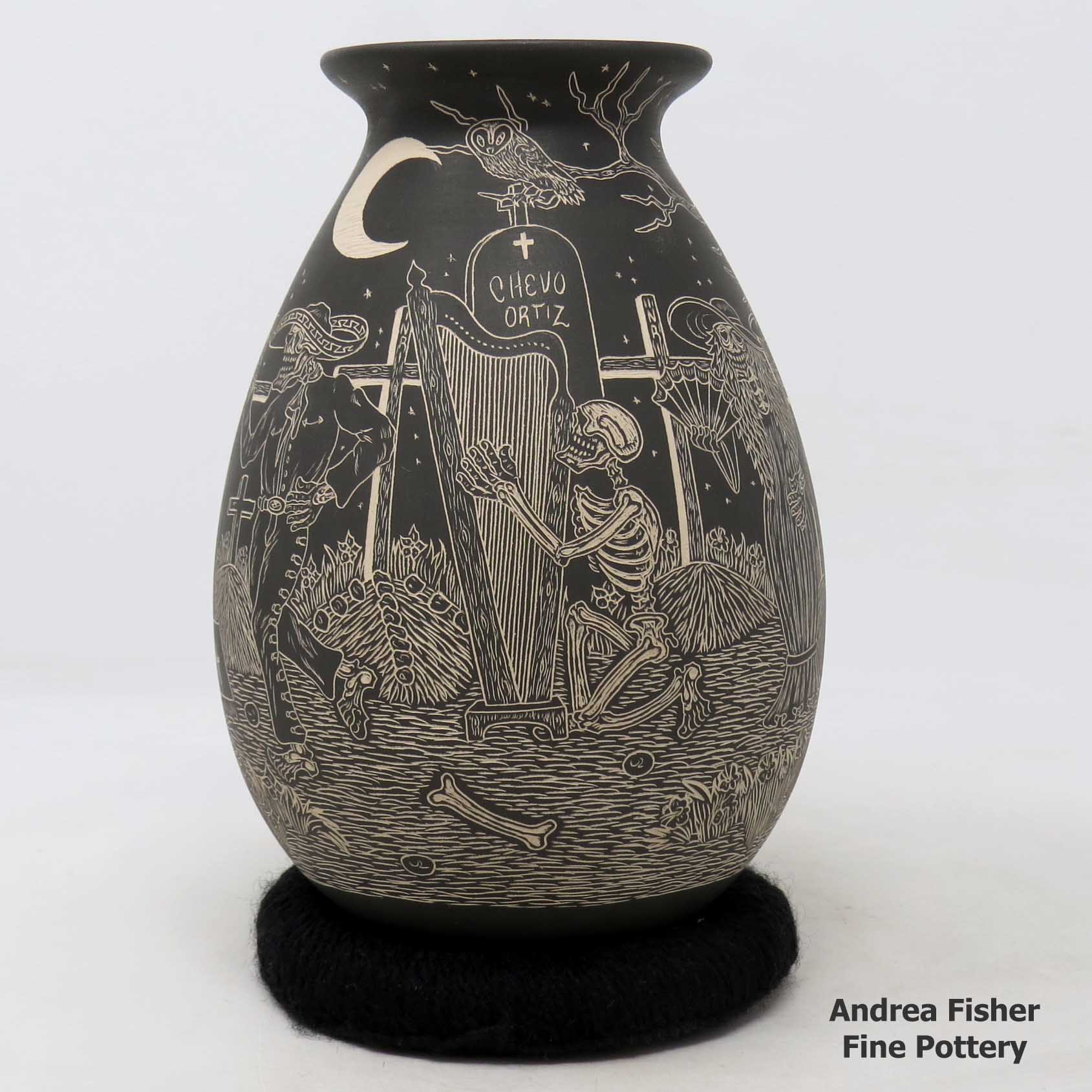