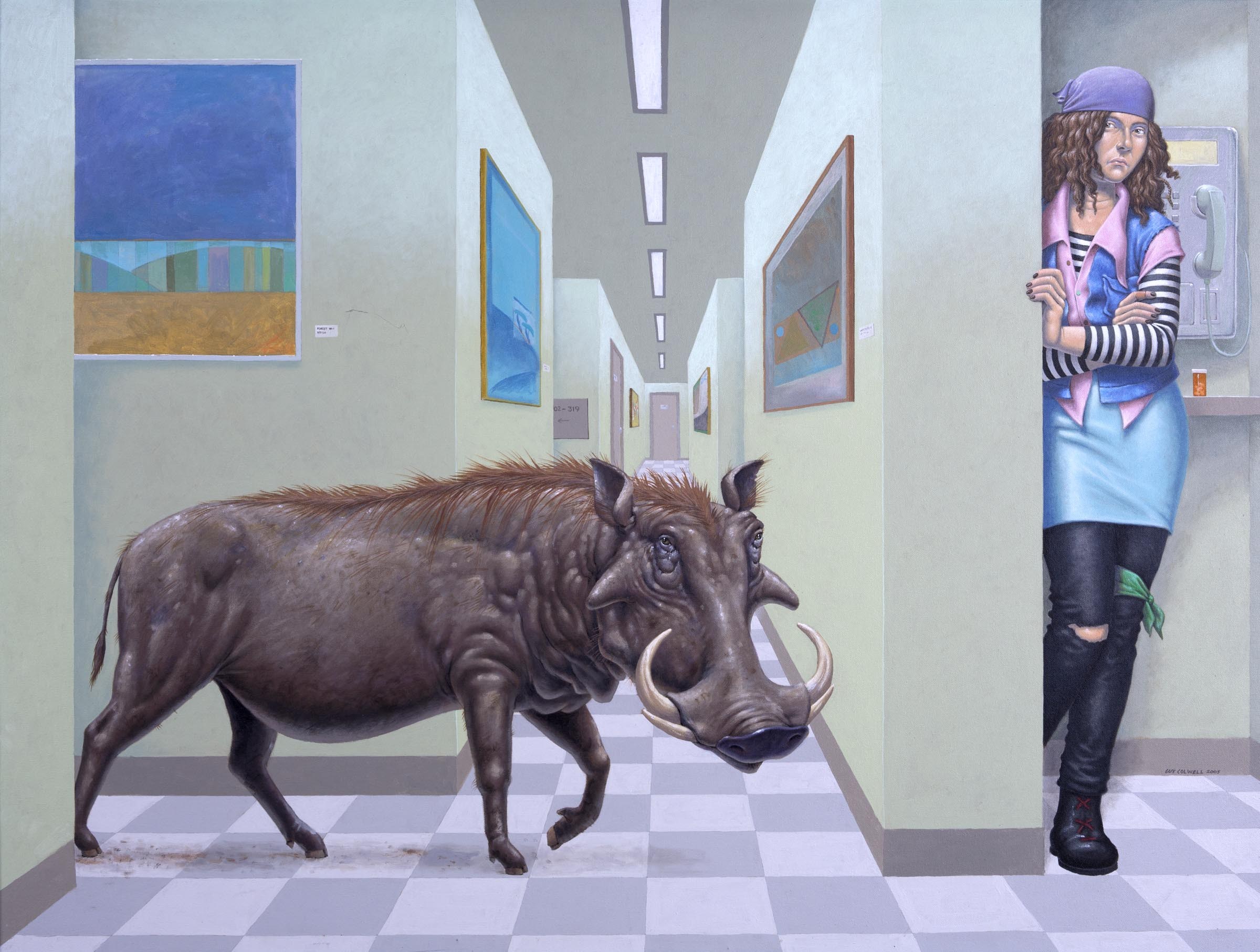 In painter-cartoonist Guy Colwell’s new show at La Luz de Jesus Gallery, there’s a particular focus on complex relationships between humans and animals. “The Wayward Ape,” running April 5-28, tracks how our evolution has gone beyond nature’s intentions. The resulting explorations look at both violence and ignorance. Colwell was last featured on HiFructose.com here. 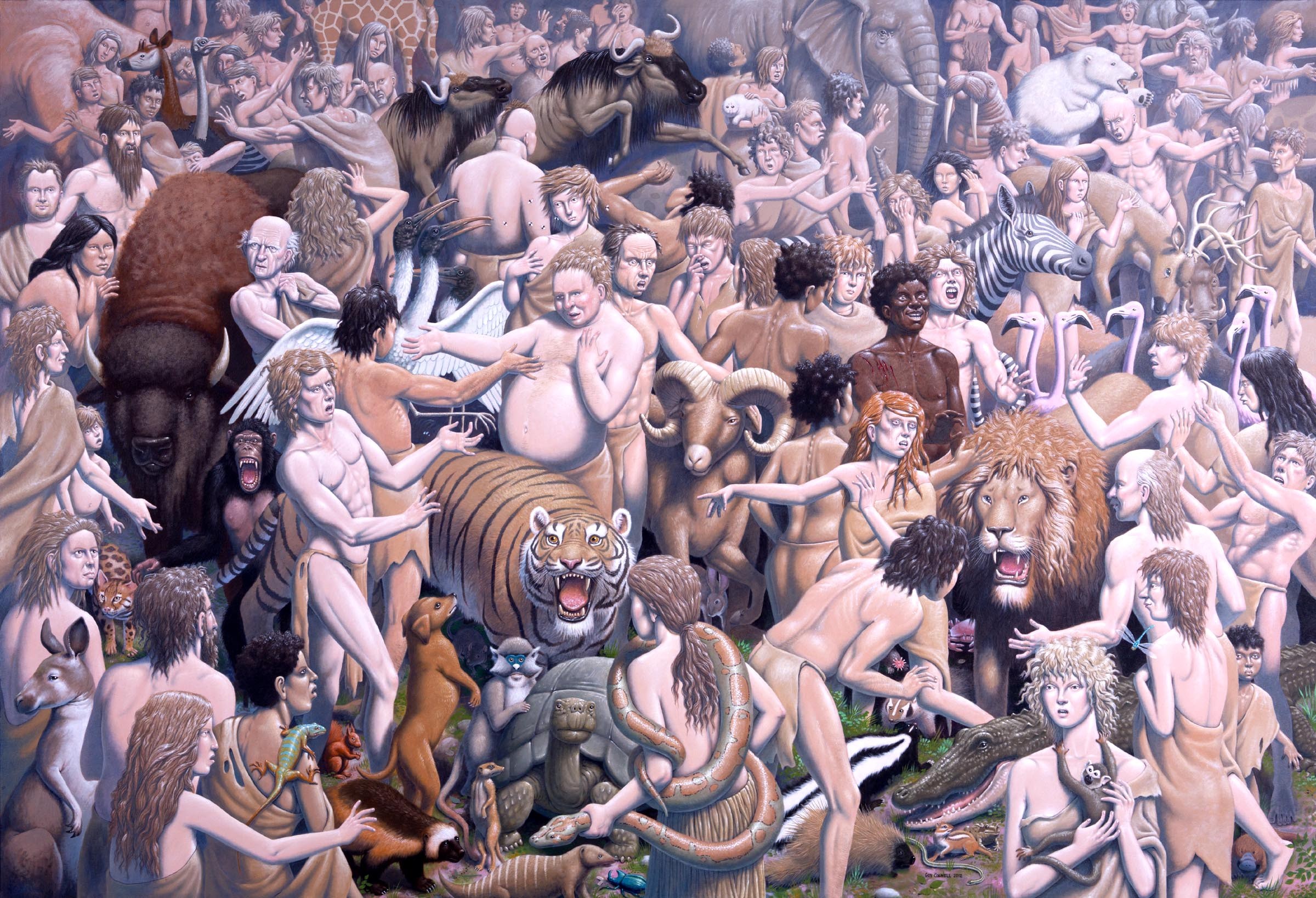 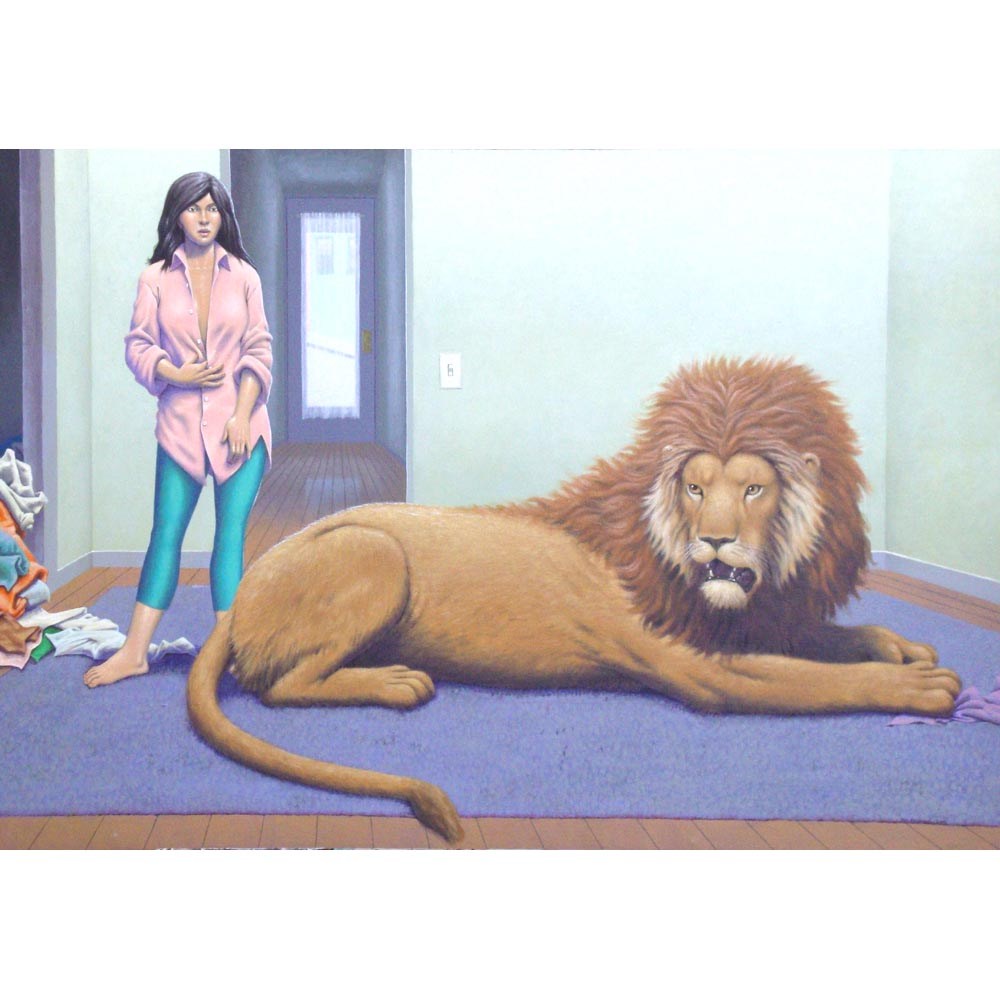 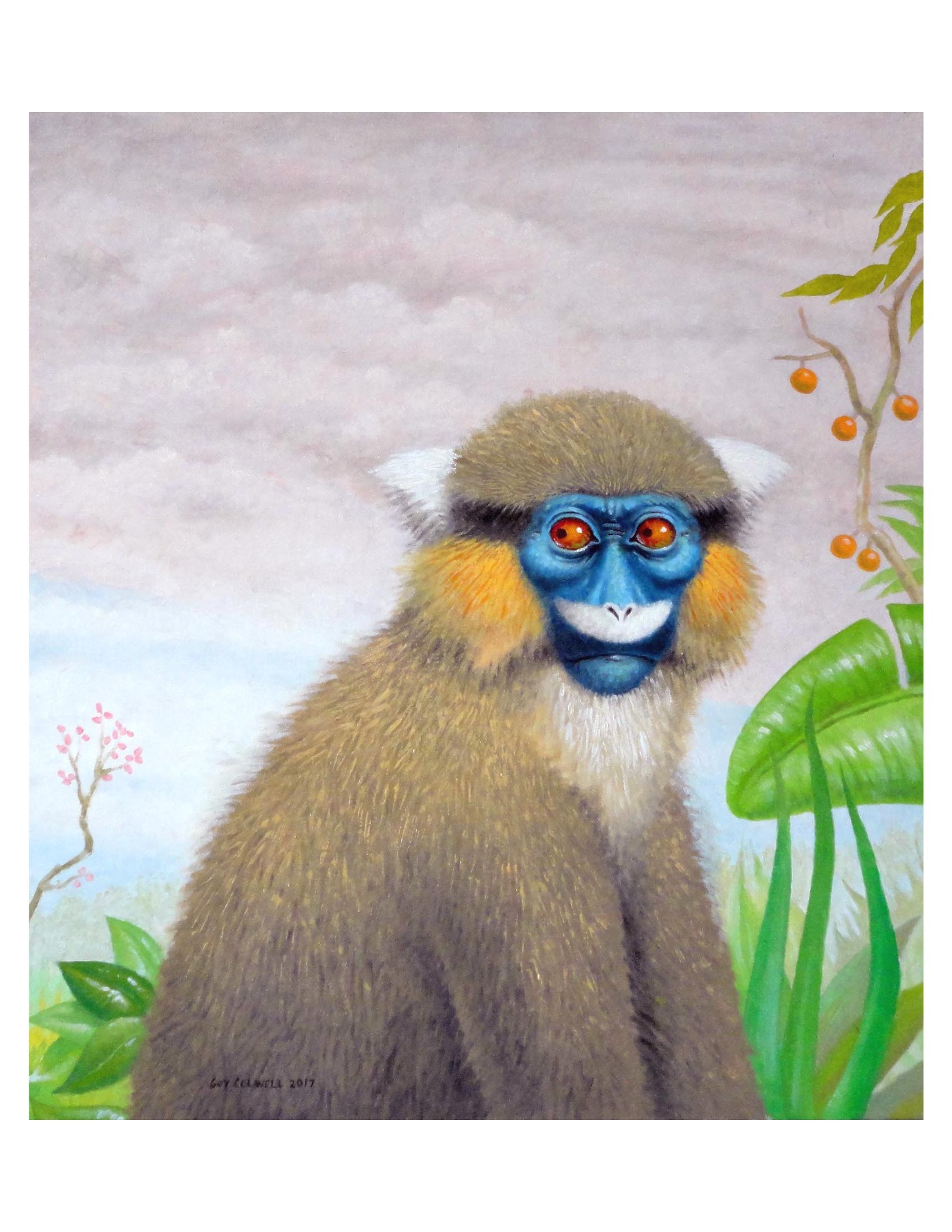 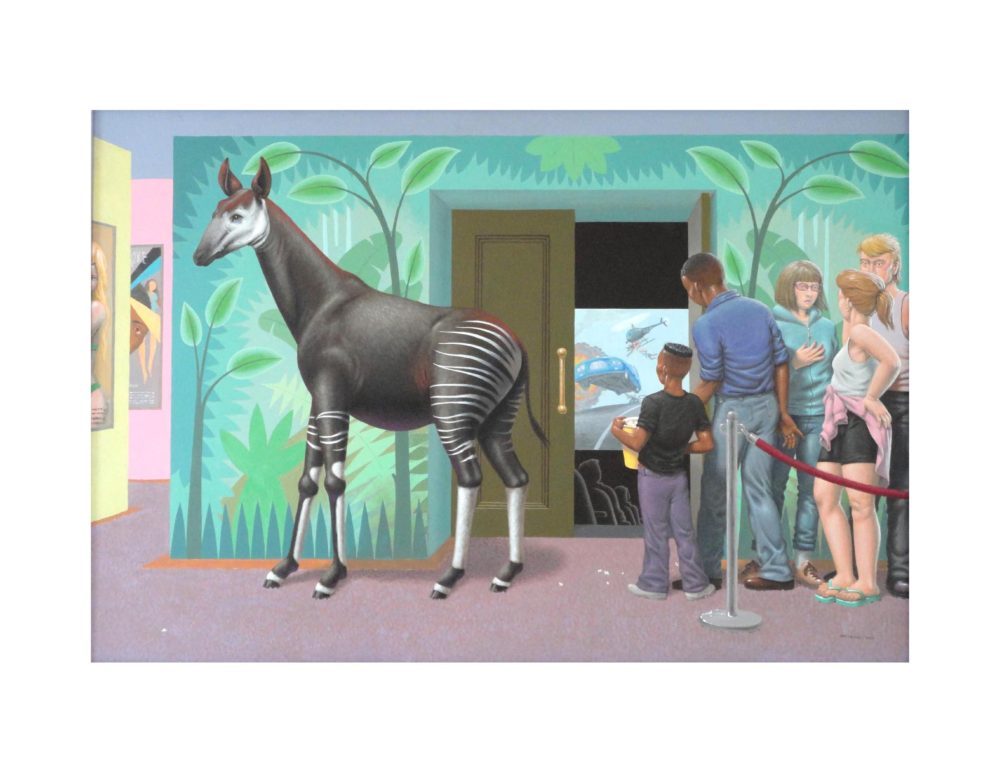 “When I put humans and animals together in a painting I’m trying to show that humans don’t know what to do,” the artist says. “It is as though they are encountering a mystery and can’t react because it is outside their experience and understanding. Of course in some of the pictures, Institutional Warthog, for example, I try to explore the primal terror that most of us would experience if we met one of these dangerous creatures.” 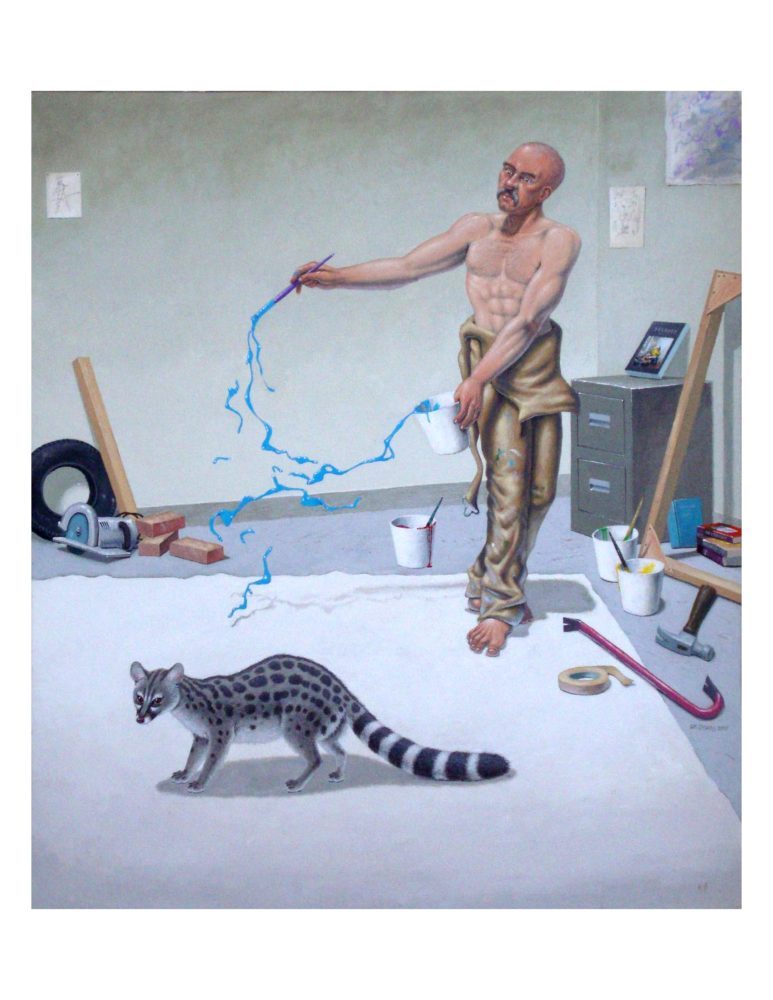 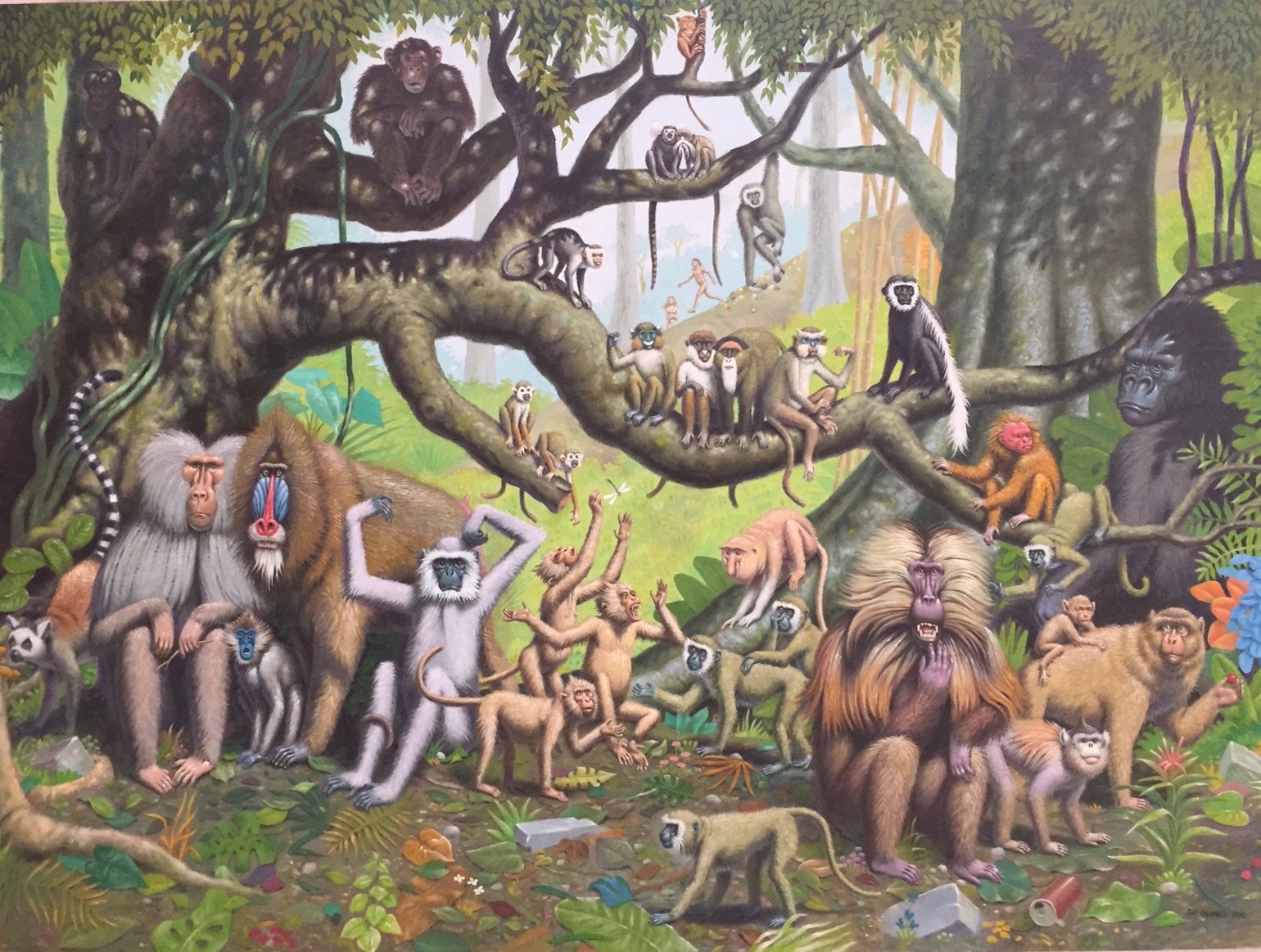 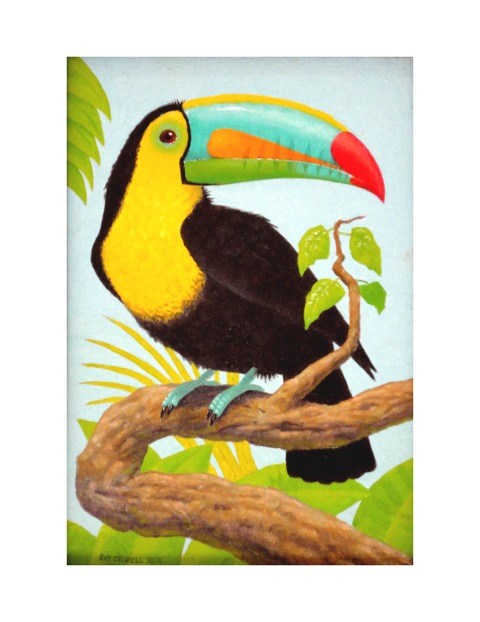 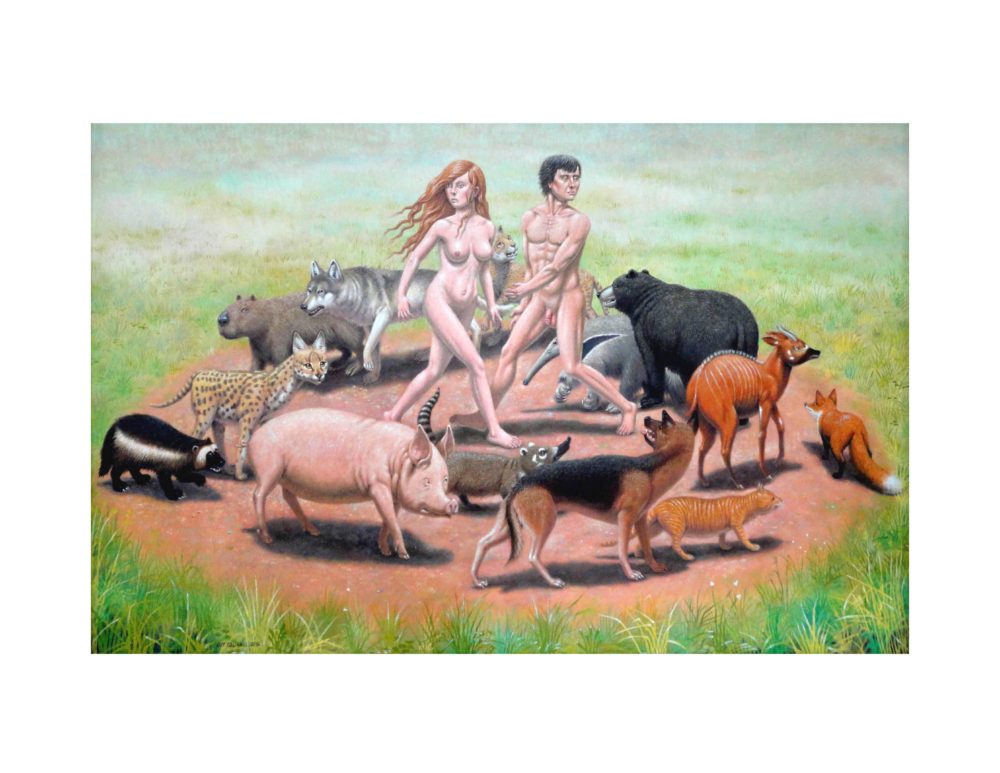