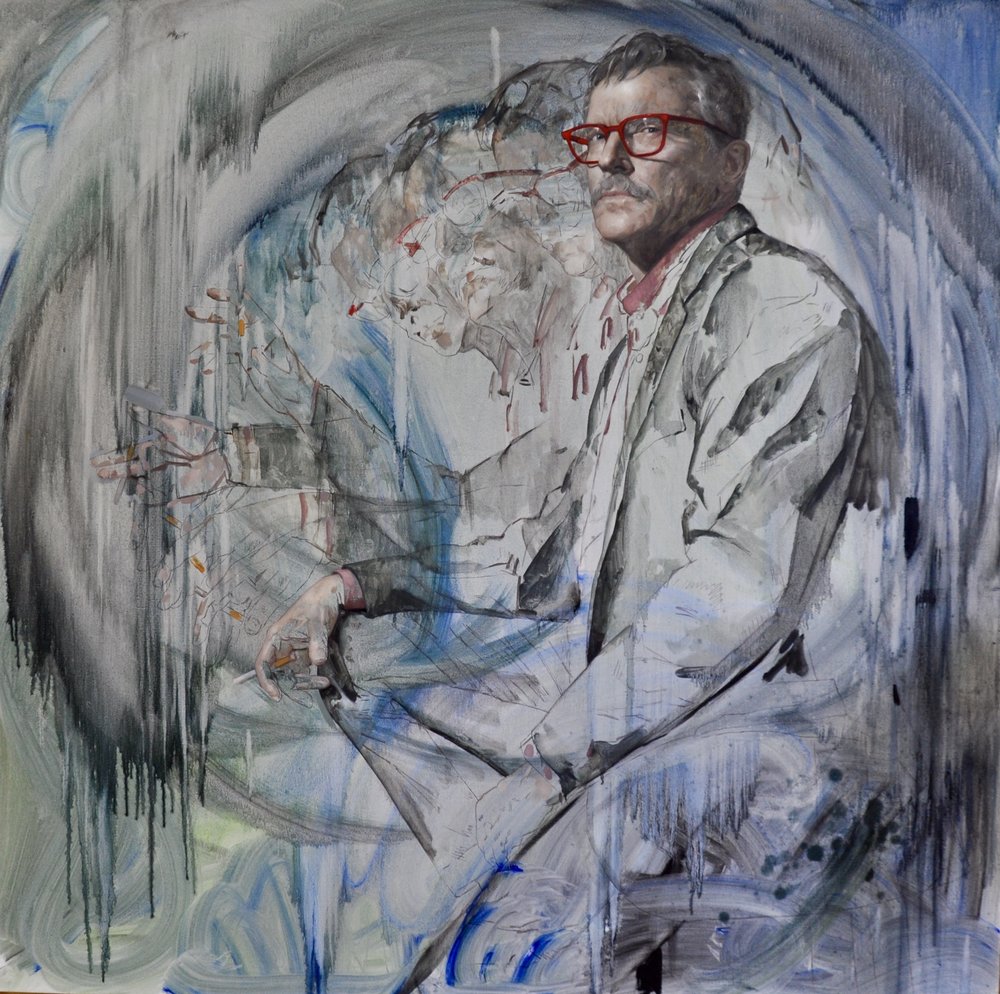 To mark the recent 200th anniversary of Mary Shelley’s “Frankenstein,” oil painter Hyeseung Marriage-Song crafted largescale paintings that are influenced by both the classic book and the mythology of the golem. The artist collaborated with writer Tommy Zurhellen, who offered his own retelling of the story, each pulling from those timeless psychological themes in different ways. 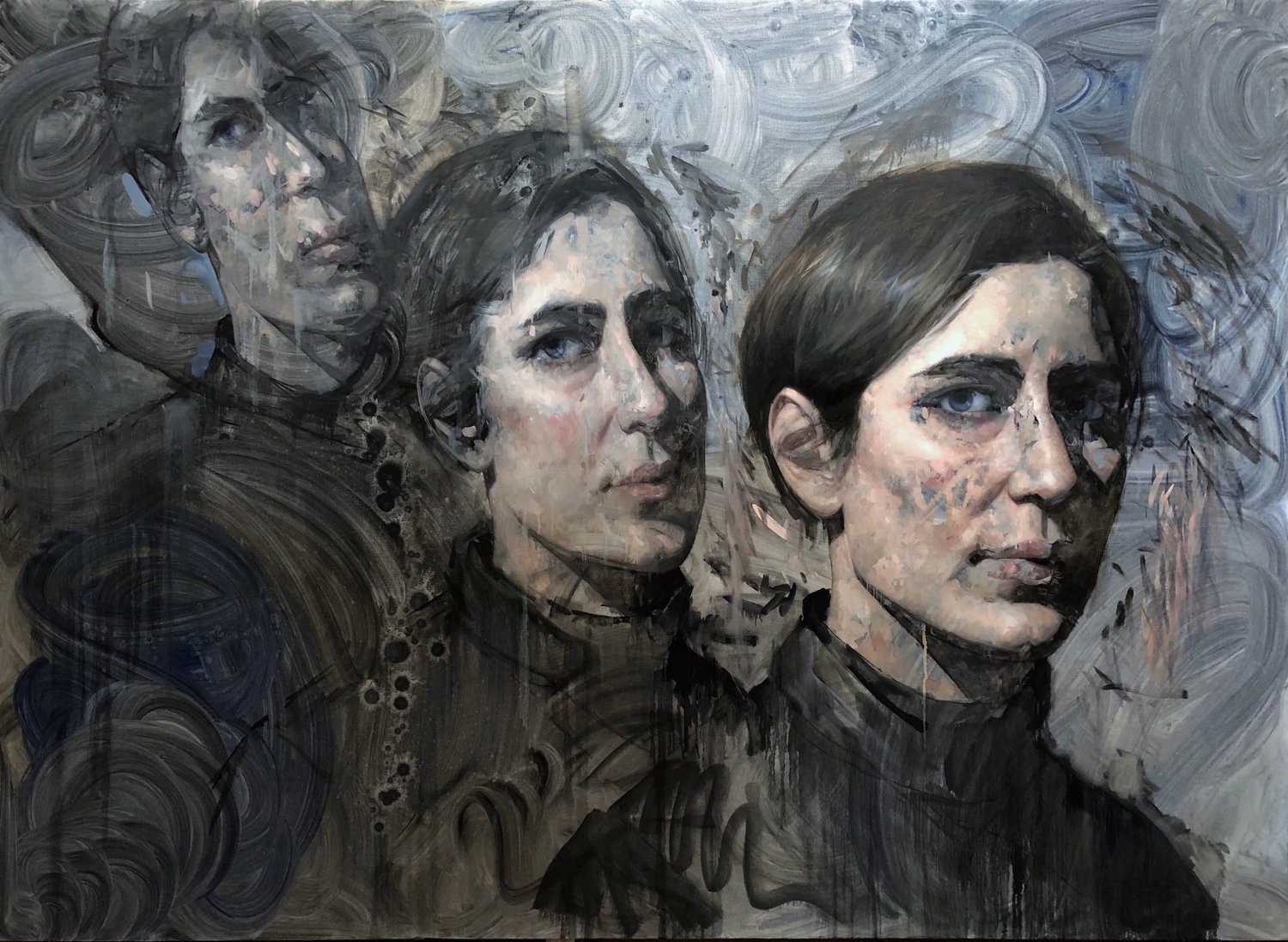 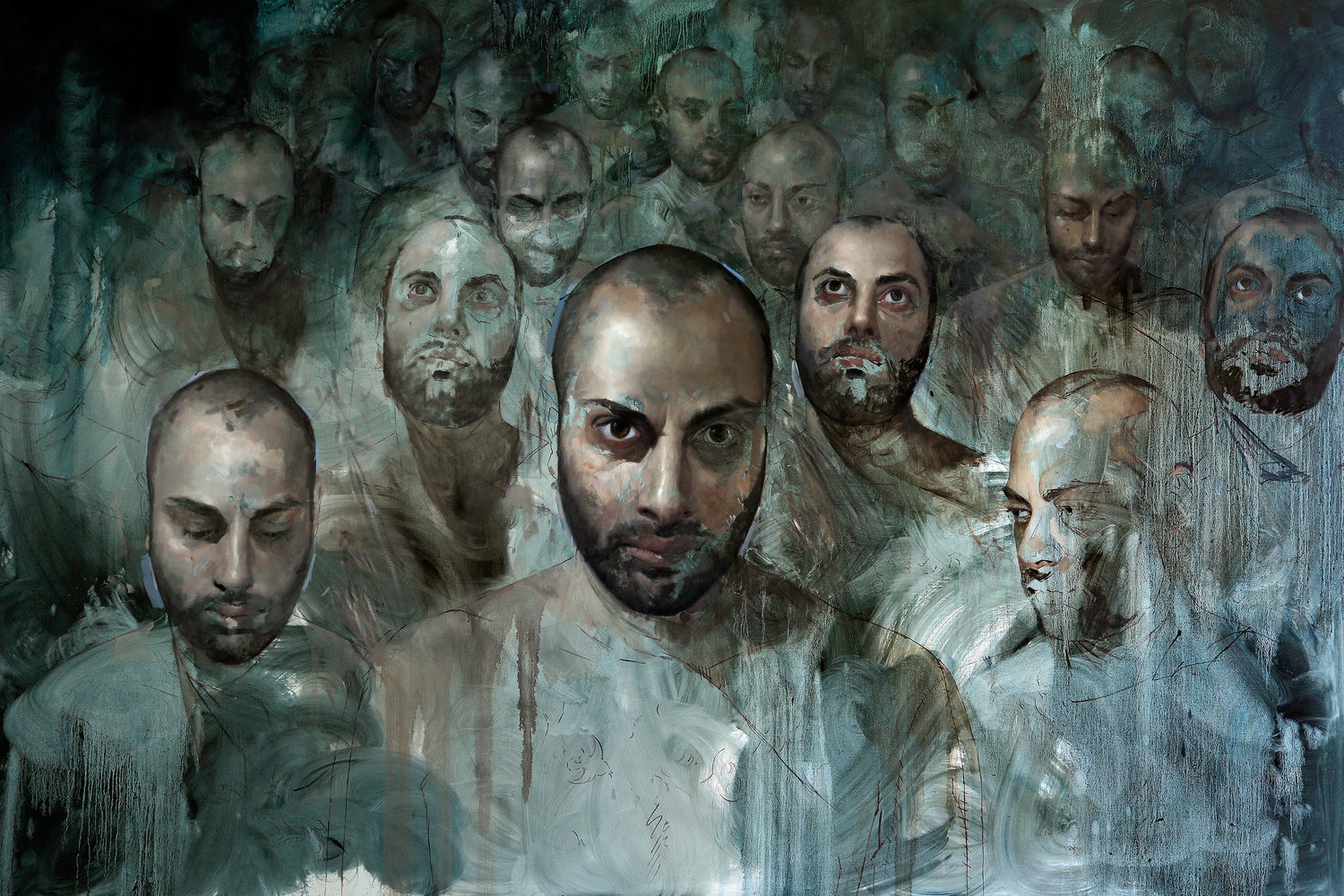 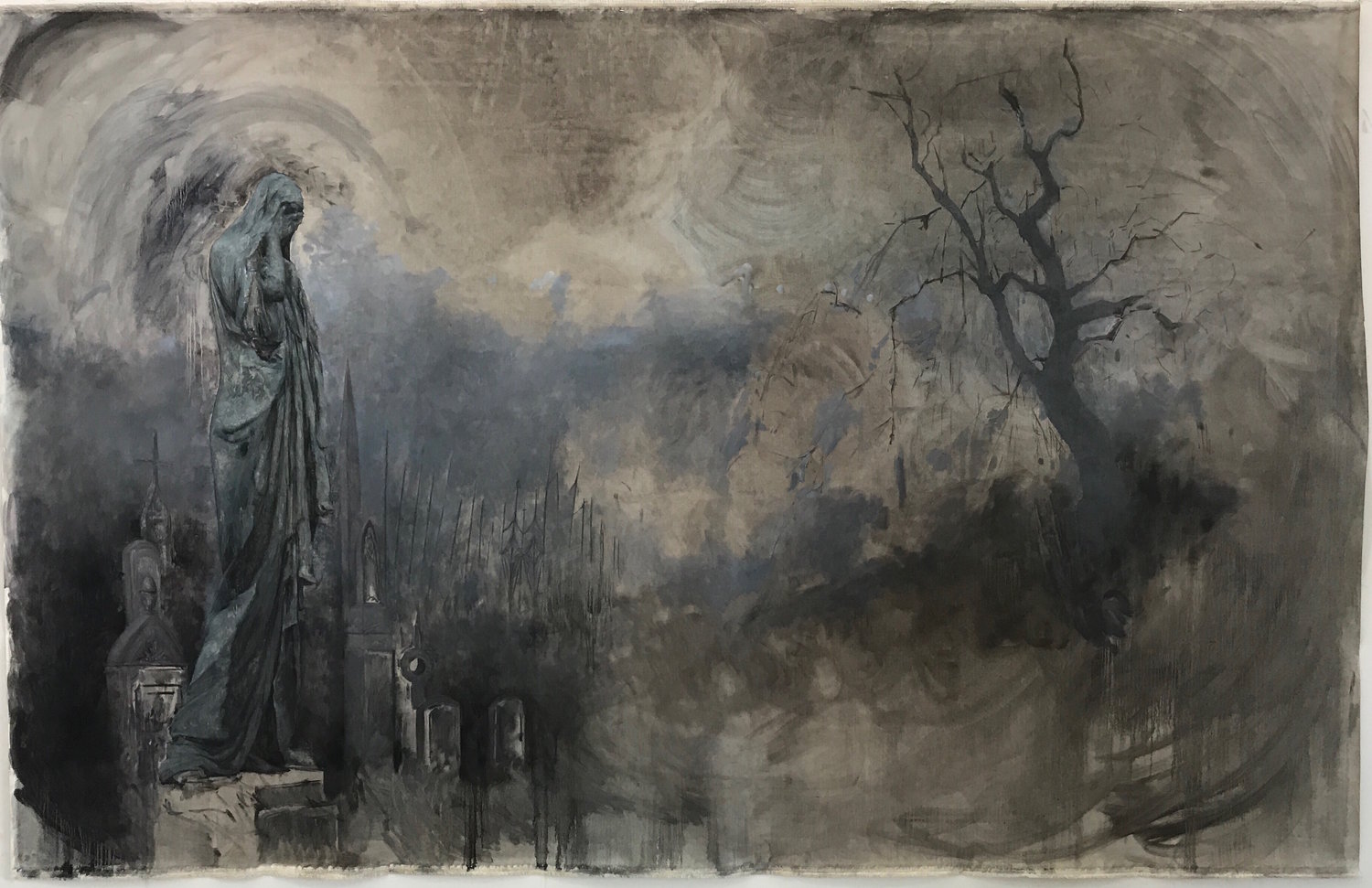 Thanks to @marist and all who came out tonight to the opening reception. I loved meeting all of you! (Last pic is my collaborator Tommy Zurhellen and me – Tommy isn’t on Instagram.) #frankensteinkonfidential #contemporaryart #oilpainting #artistsoninstagram #frankenstein #artcollector #artshow 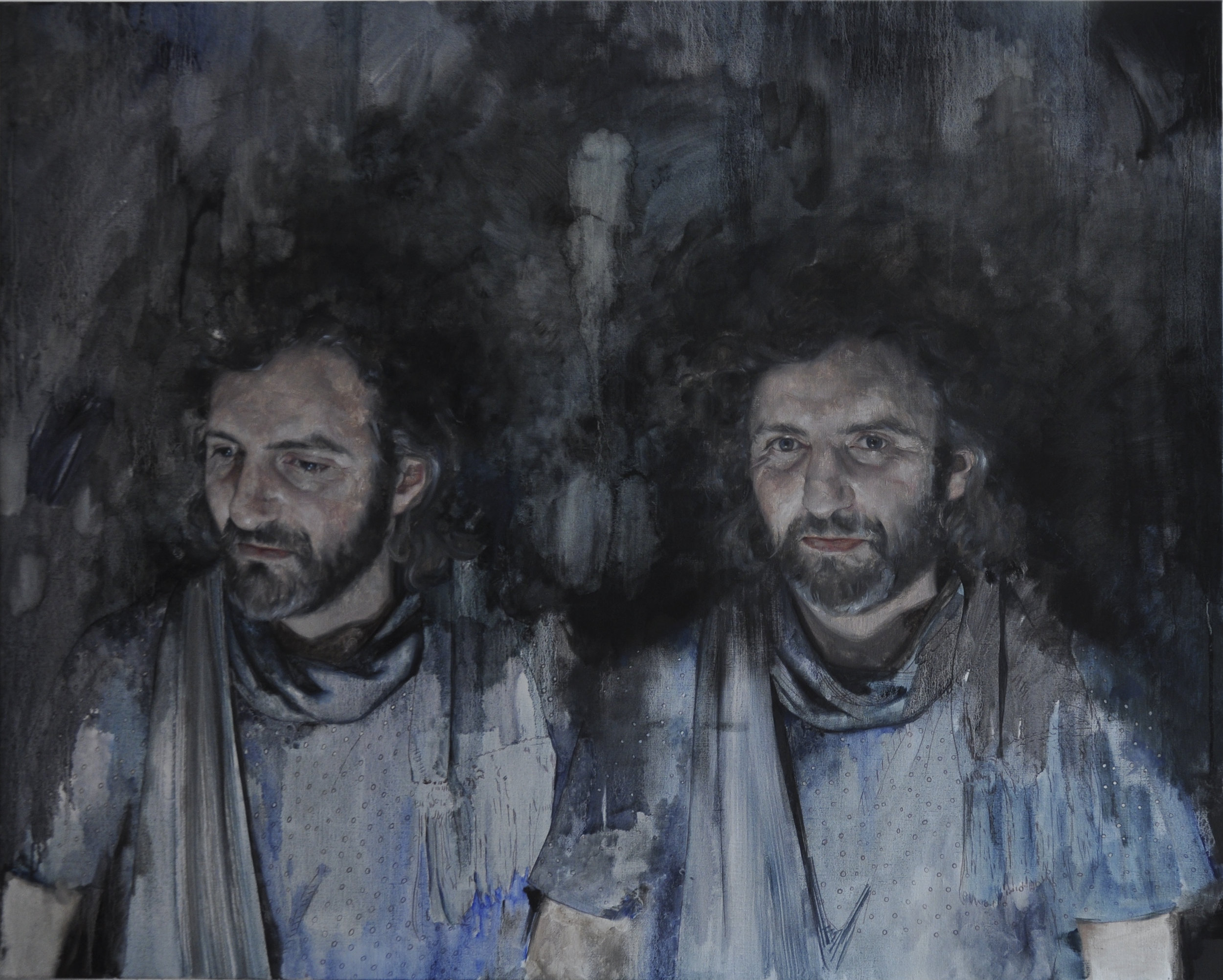 “These paintings were not made as direct illustrations of the plot of Zurhellen’s or Shelley’s books,” the project says. “They are, instead, psychological and philosophical meditations of those texts and the golem mythology. Zurhellen’s characters are portrayed psychologically, with the action of the story reflected in the visual idiom of unsettled and fractured forms, swirling circularity, brushwork that is at times resolved and at others broken.”

See more of Marriage-Song’s work below. 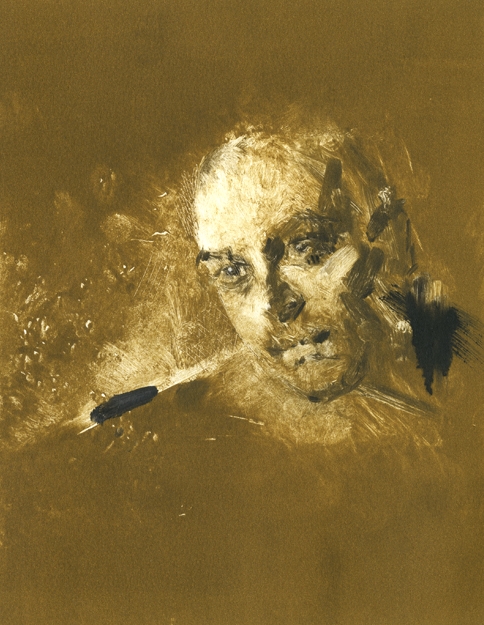 Rubino Left, Rubino Right. Props to @chrisrubinostudio for rocking a wool scarf in the middle of the summer and providing said inspiration. Having a hard time scanning these monoprints, so this is just an iPhone point-and-shoot. This bad boy goes into a show opening on Nov 15 at Gowanus Loft! Time to frame all these prints. Come see ‘em all, along with large-ass paintings! #monoprint #somerset Thanks to #penlandschoolofcrafts and Andy Rubin, @jessicalmerchant and the peeps for all kinds of existential support while the printings were coming into being this summer. #frankensteinkonfidential #artistsoninstagram #poetsartists #artcollector #printmaking