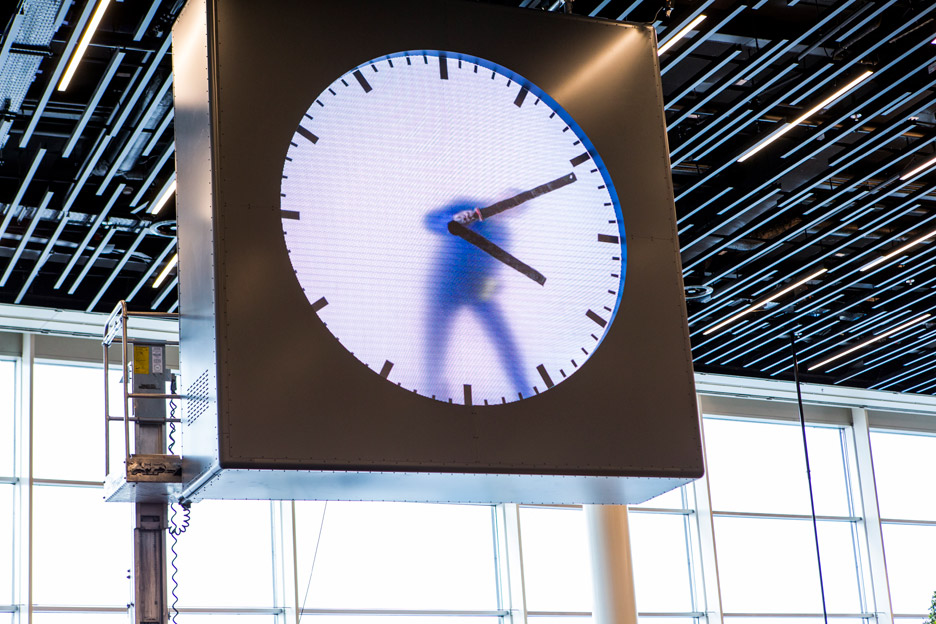 Using video work and other technology, Maarten Baas creates clocks that appear to be inhabited by men who appear to be manually keeping time, each actually a 12-hour recorded performance being displayed. He’s created these in varying scales, from human-sized grandfather clocks to the major project Schiphol clock, located international terminal of an Amsterdam airport. 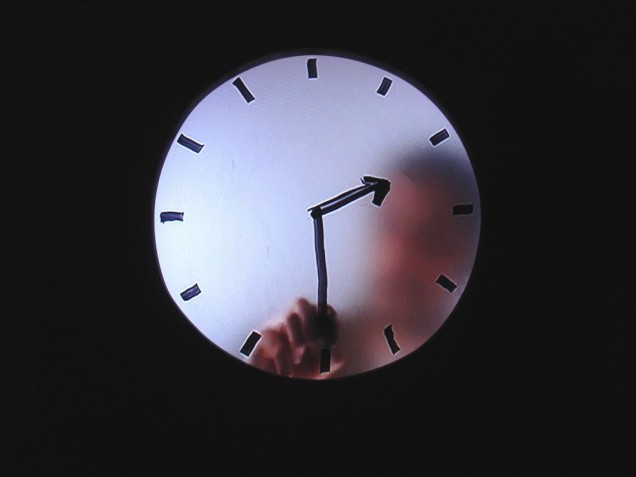 “The Real Time series are 12-hour films of performances indicating the time,” his site says. “With Real Time, Baas combines theatre, art, film and design in a series of new clock designs. Real Time was launched in April 2009 at the Salone Del Mobile in Milan, Italy with with the Sweepers, Analog Digital and Grandfather clocks. Since then, Real Time has expanded from films and grandfather clocks, to an iphone app and special commissions, such as the Schiphol clock, launched in July 2016.”

See more of these below. 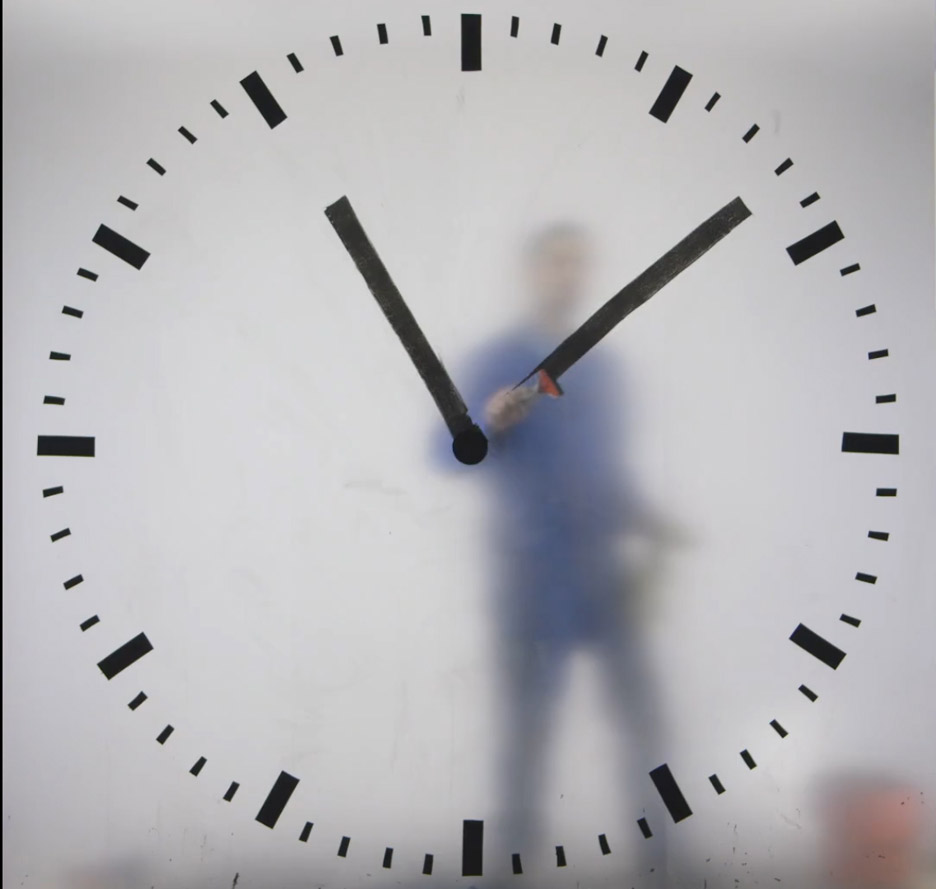 6x midnight (plus a few minutes). We start counting….