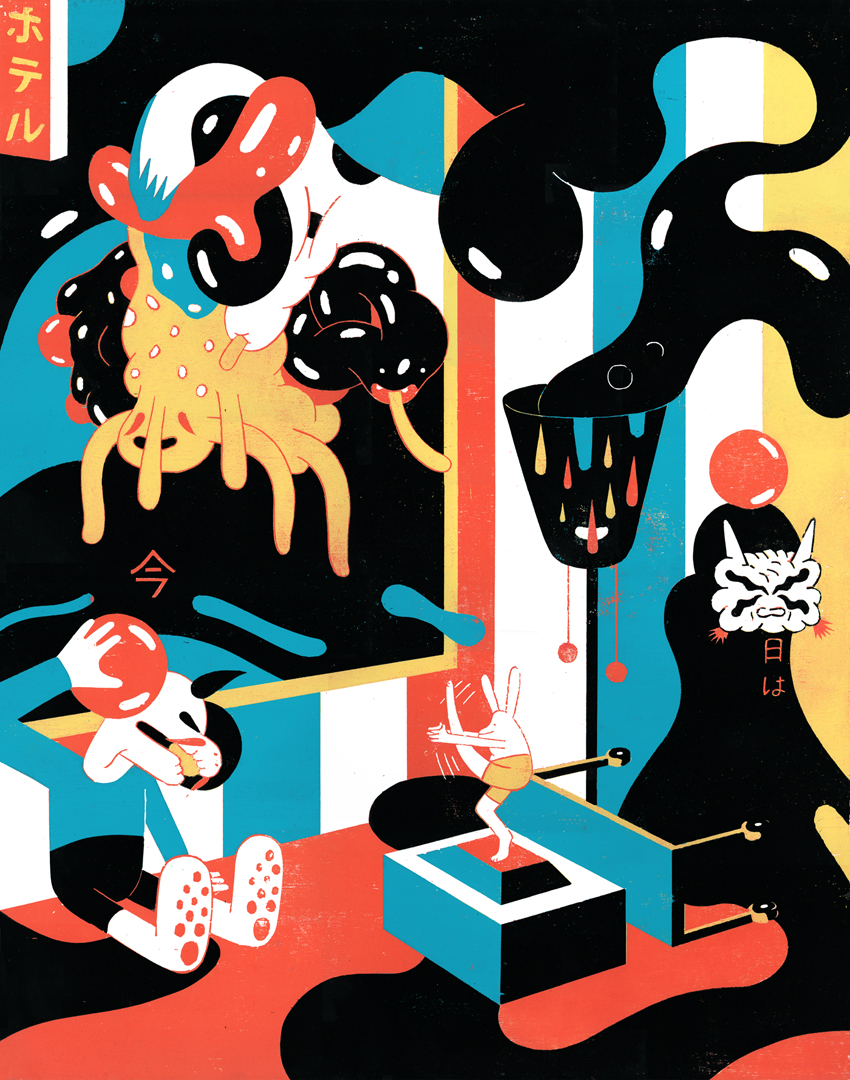 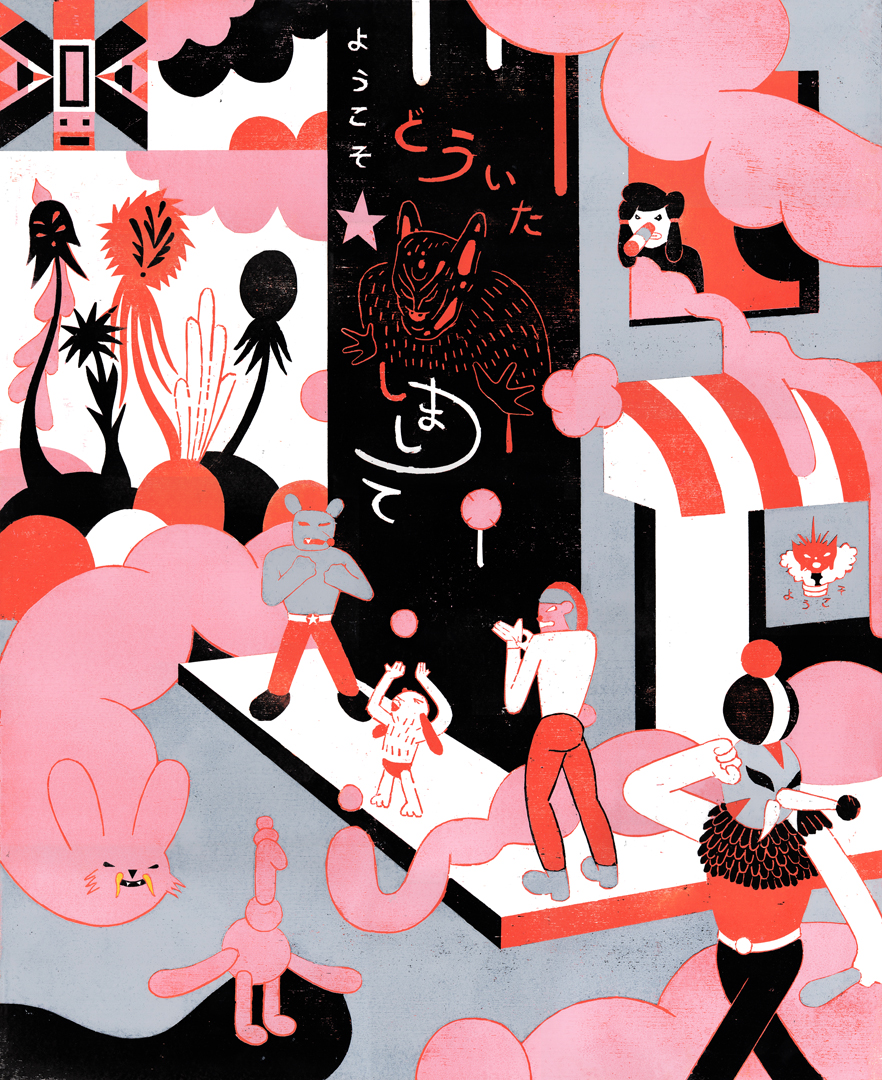 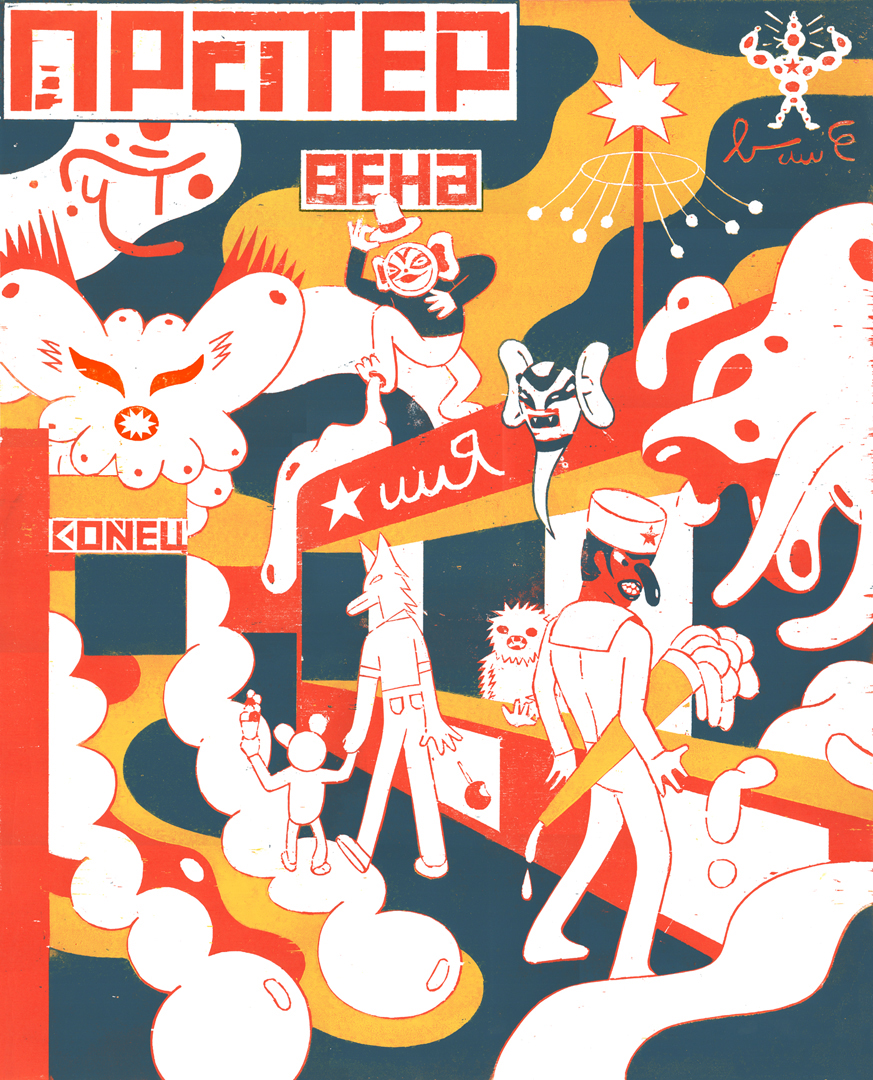 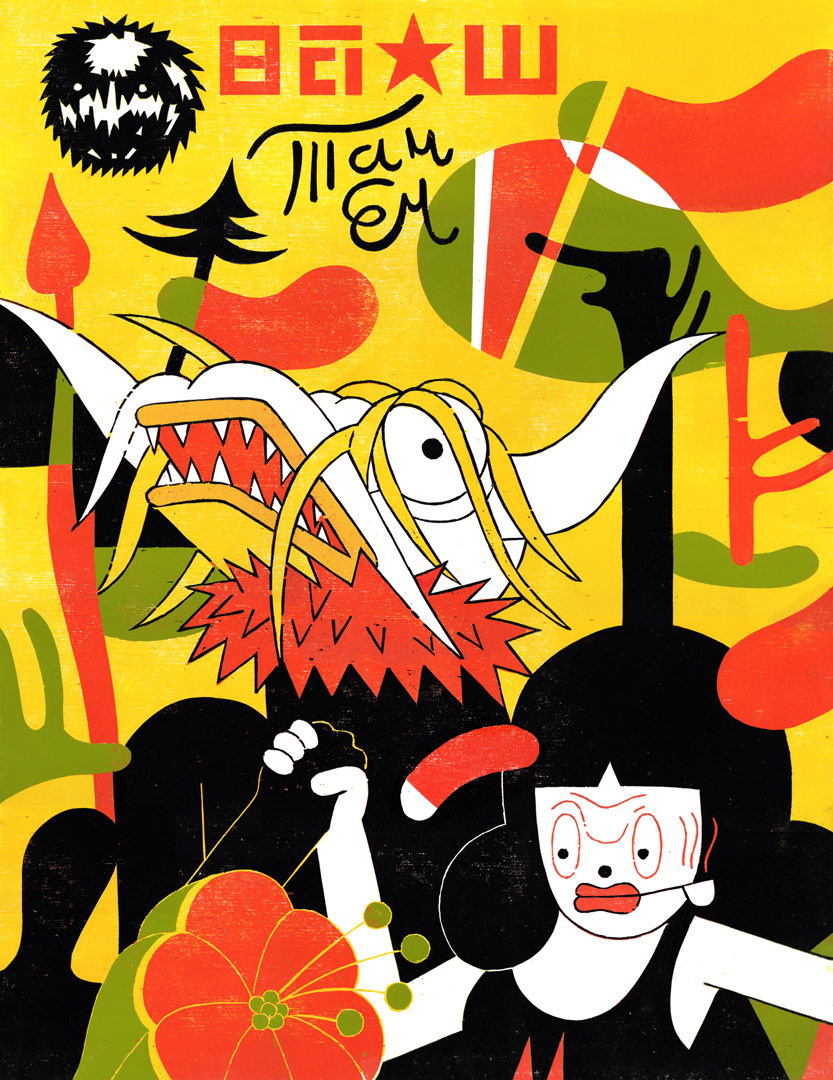 A statement offers some insight into the artist’s history with the form. “In the ’90s he studied Graphic Arts in Duesseldorf and discovered a passion for woodcut,” it says. “For the past 20 years he has created illustrations and prints with a wide range of whimsical creatures, mostly half animal/half human and preferably in awkward situations. His work can be described as a bizarre balancing act between propaganda, folklore and pop.” 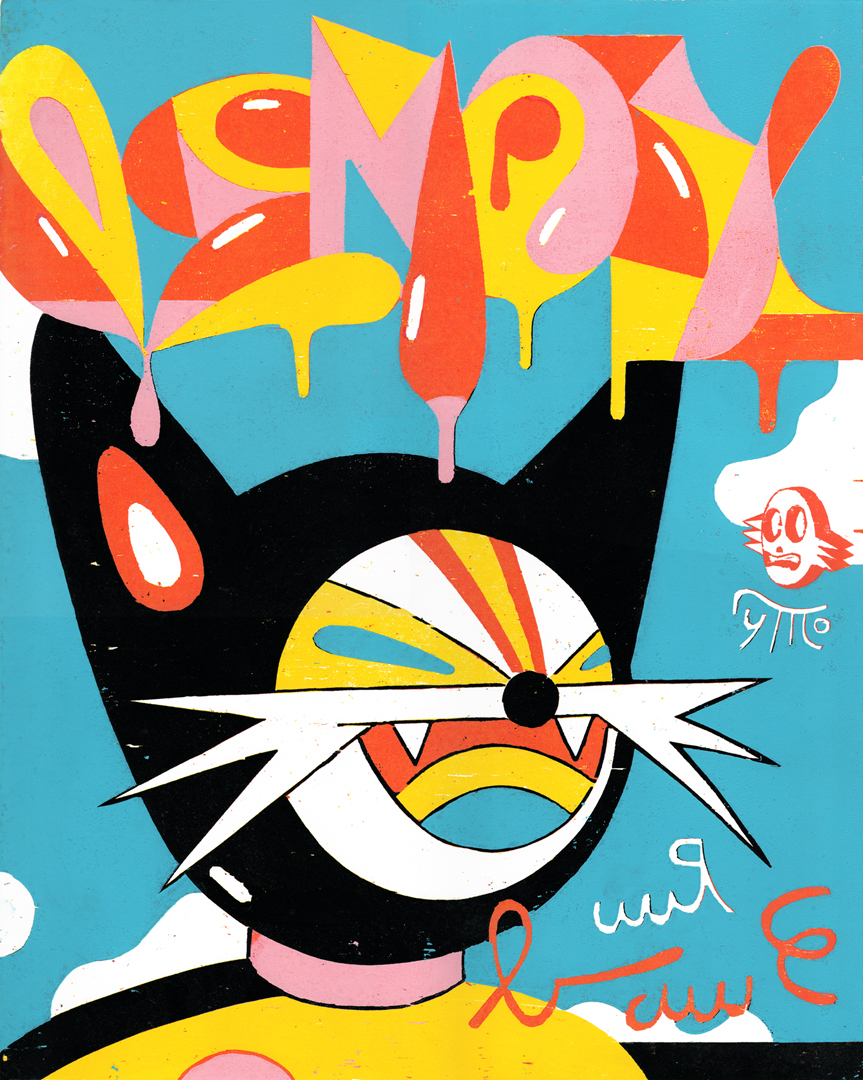 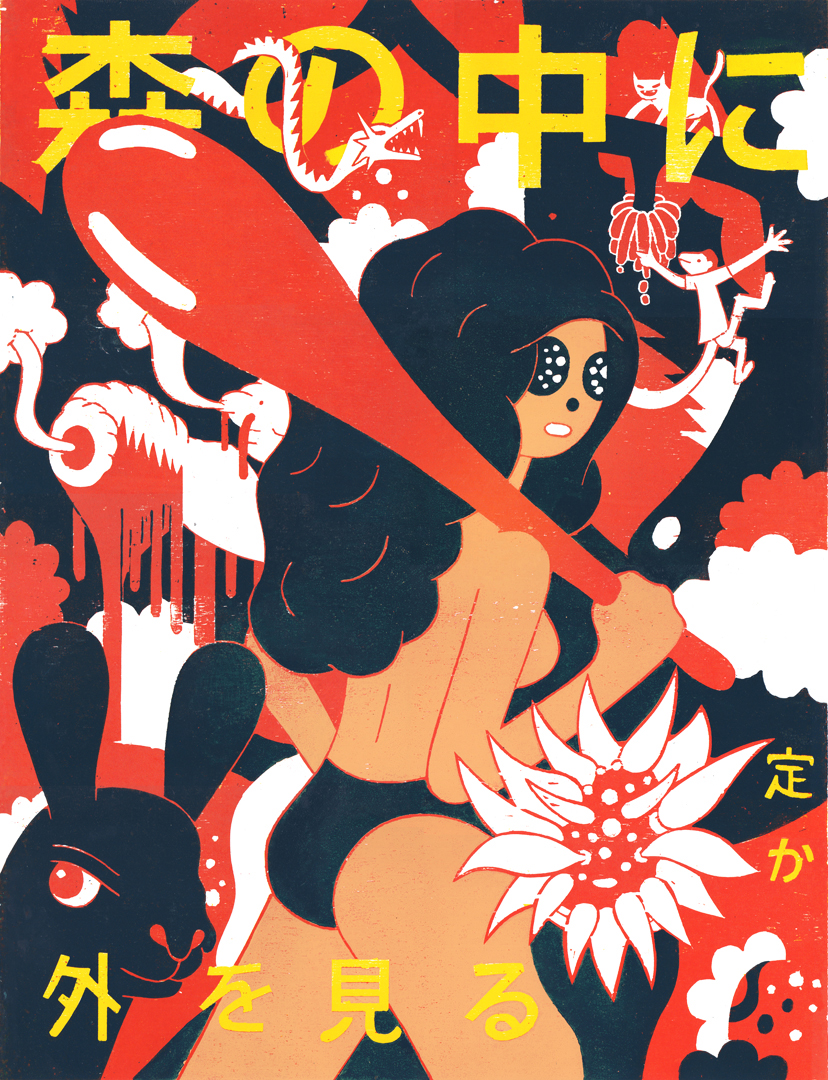 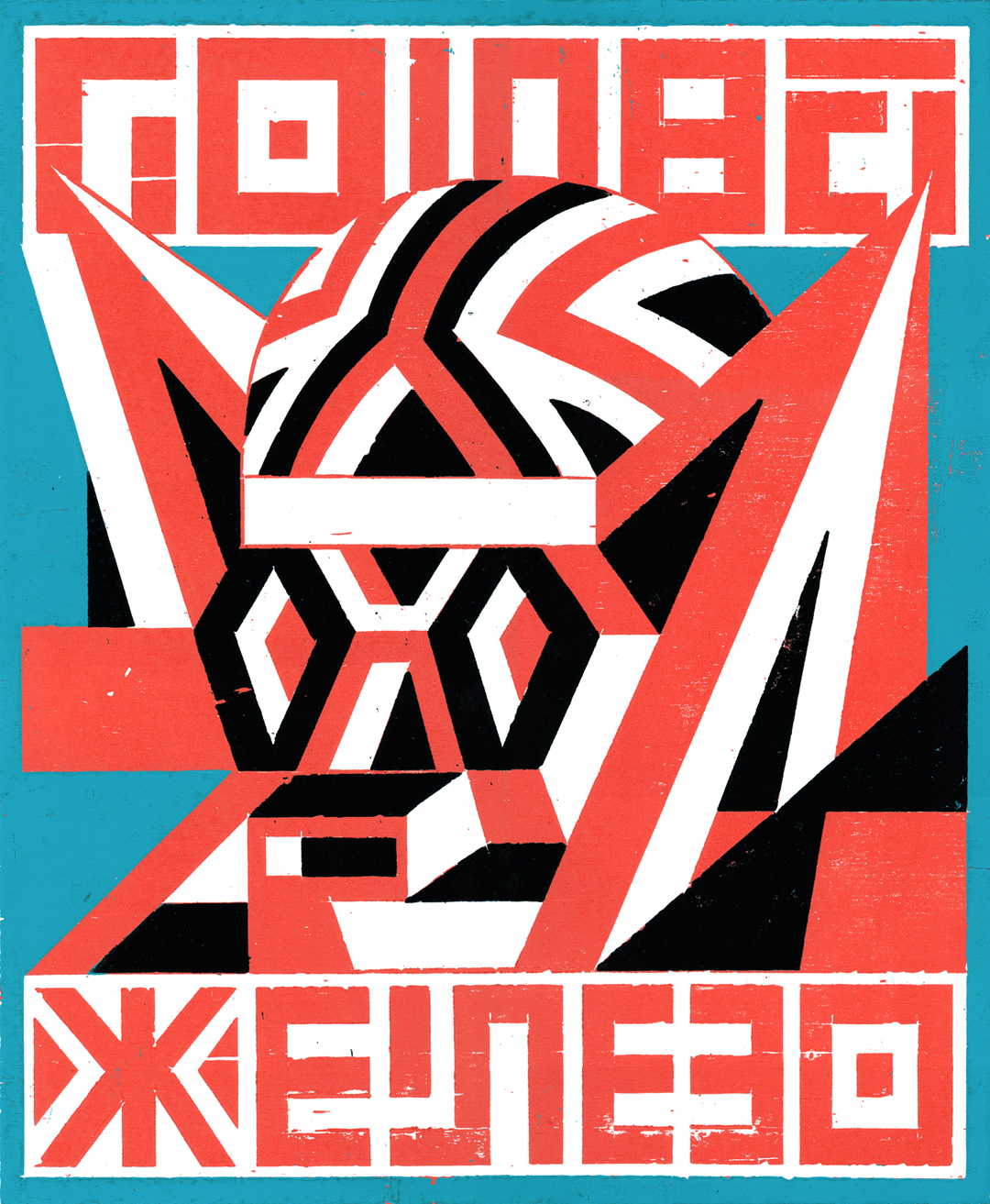