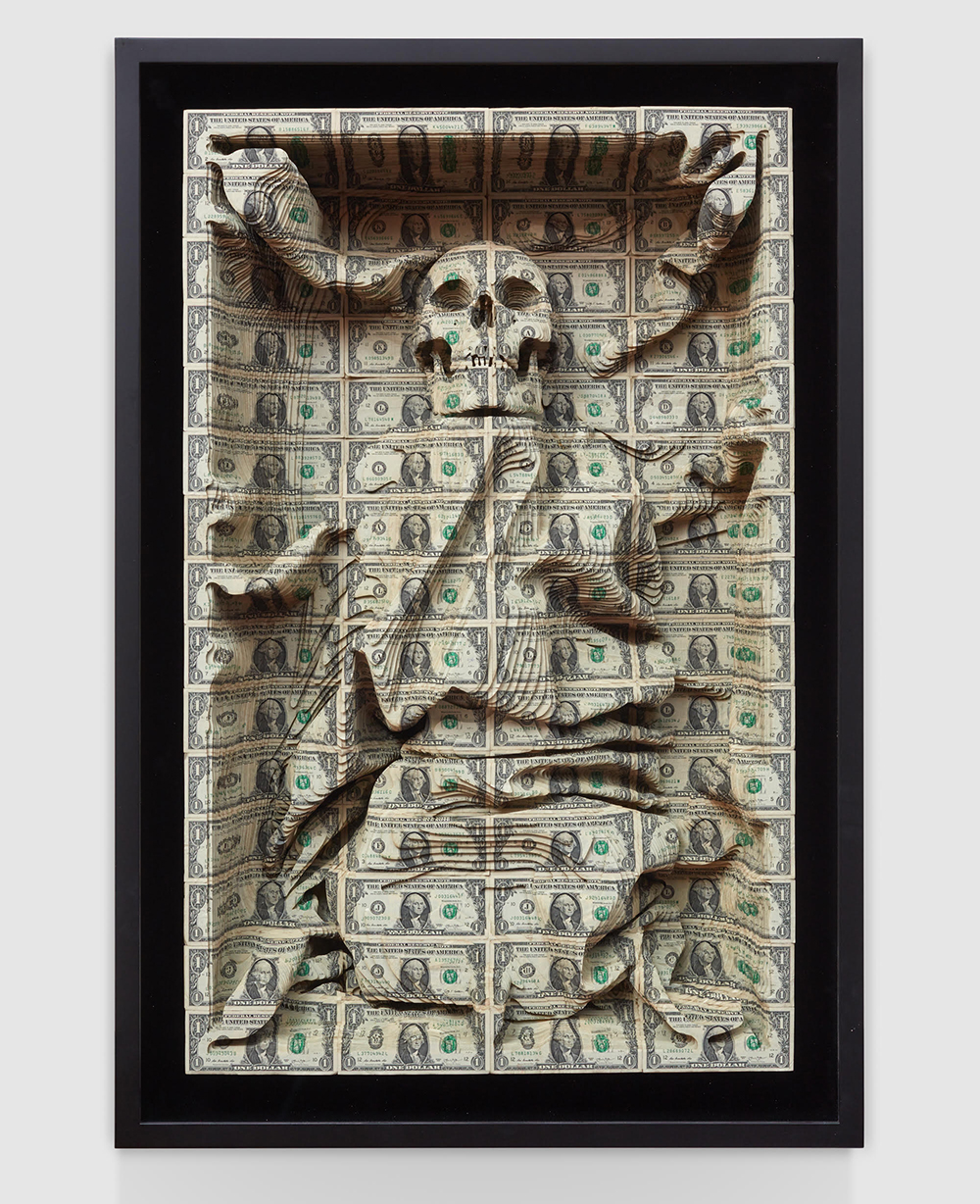 Scott Campbell’s sculptures crafted from cut currency reveal grim spectres. In his current show at Over the Influence Hong Kong, titled “Using All The Freedoms We Have,” new works are presented. Campbell was last featured on HiFructose.com here. 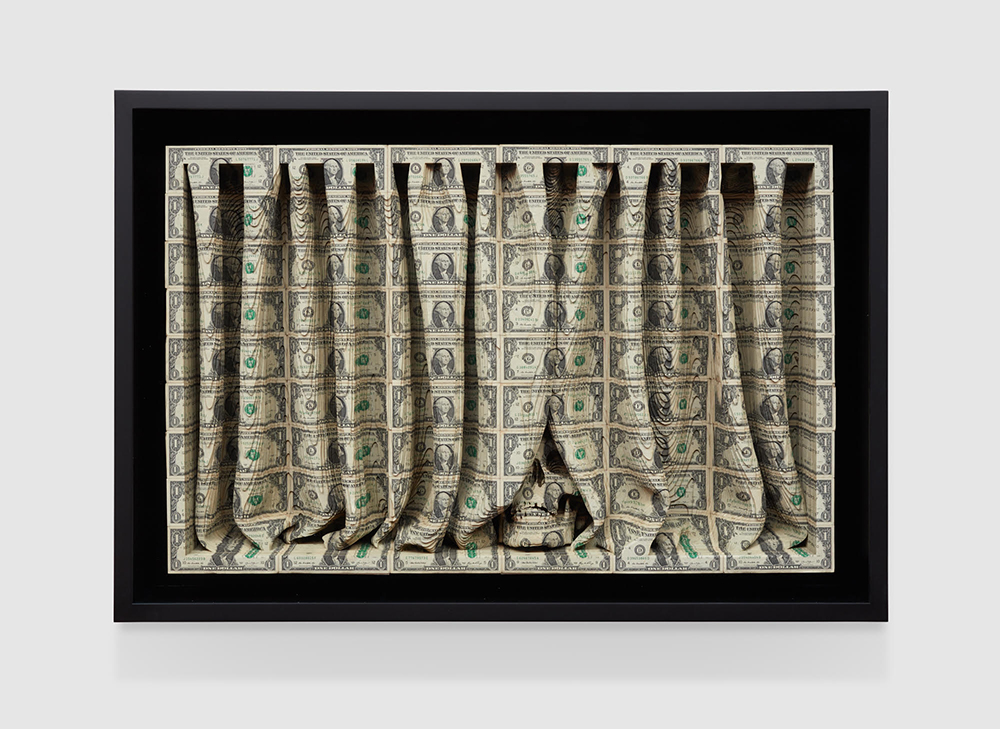 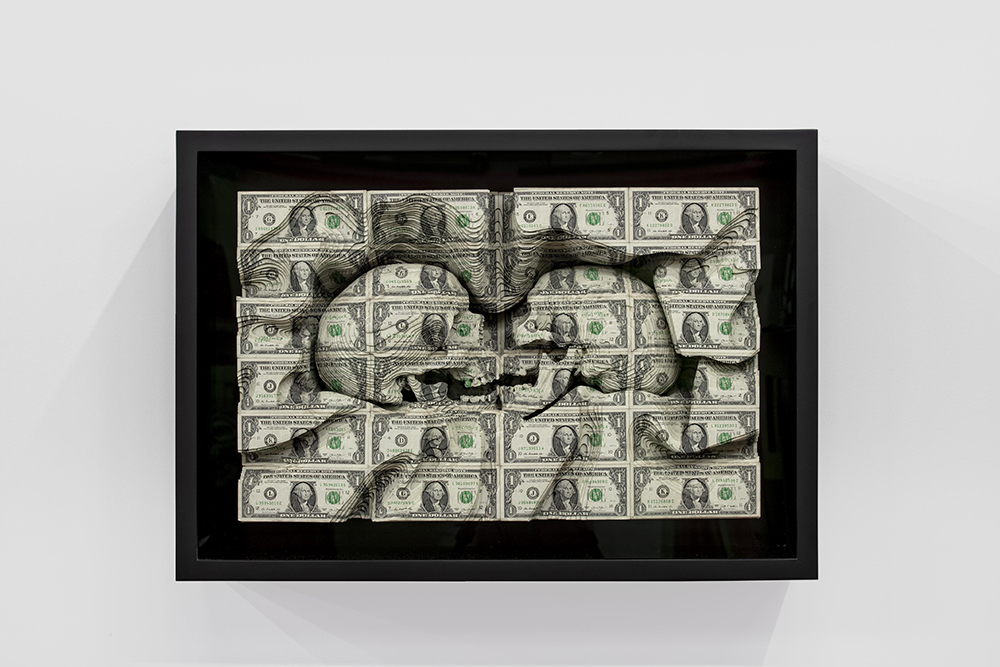 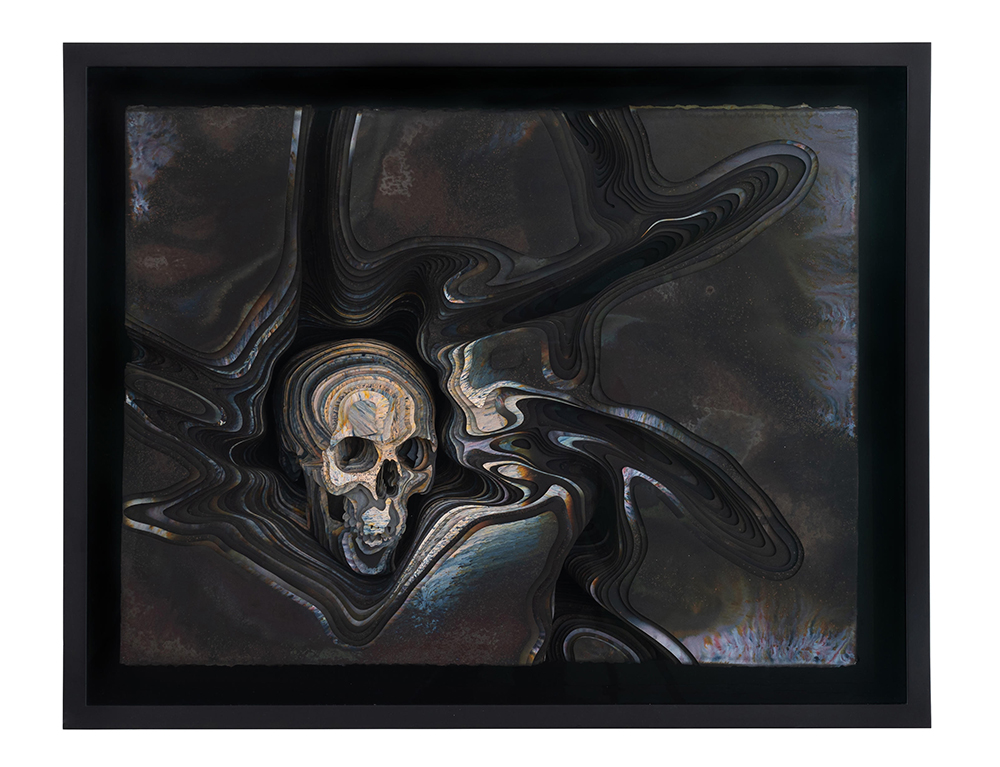 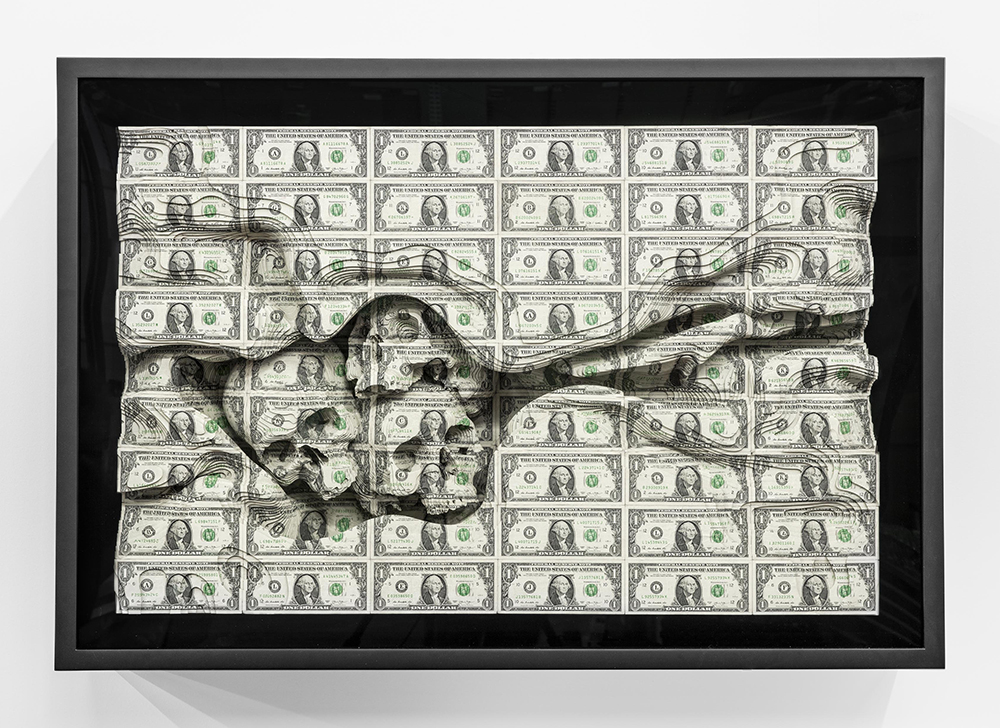 The gallery talks about the diverse output from the artist currently: “In recent years, he has gained much acclaim from fine art communities worldwide for his work in mediums other than skin, including intricately carved sculptures made out of US currency, a series of watercolor paintings based on his experiences during a 6 week stay in a maximum security prison in Mexico City, and graphite drawings done on the insides of eggshells,” a statement says. “Campbell has only shown in galleries for a few years, but his work is already seen in some of the most revered collections and museums worldwide including a solo exhibition at the Garage Museum in Moscow, Russia.”

See more from Campbell below. 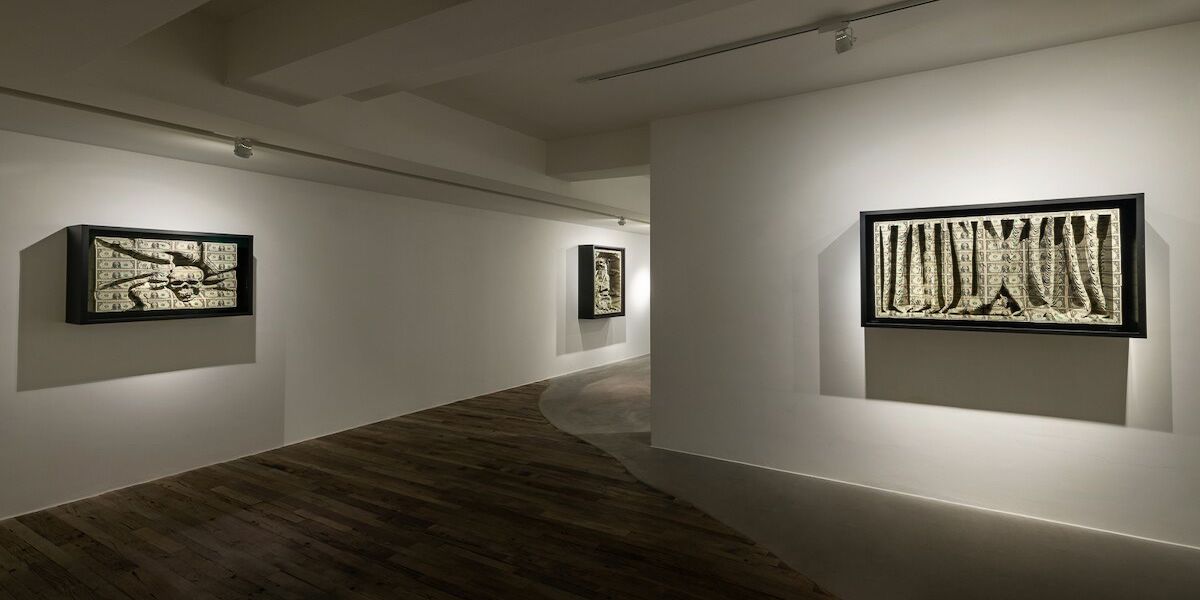 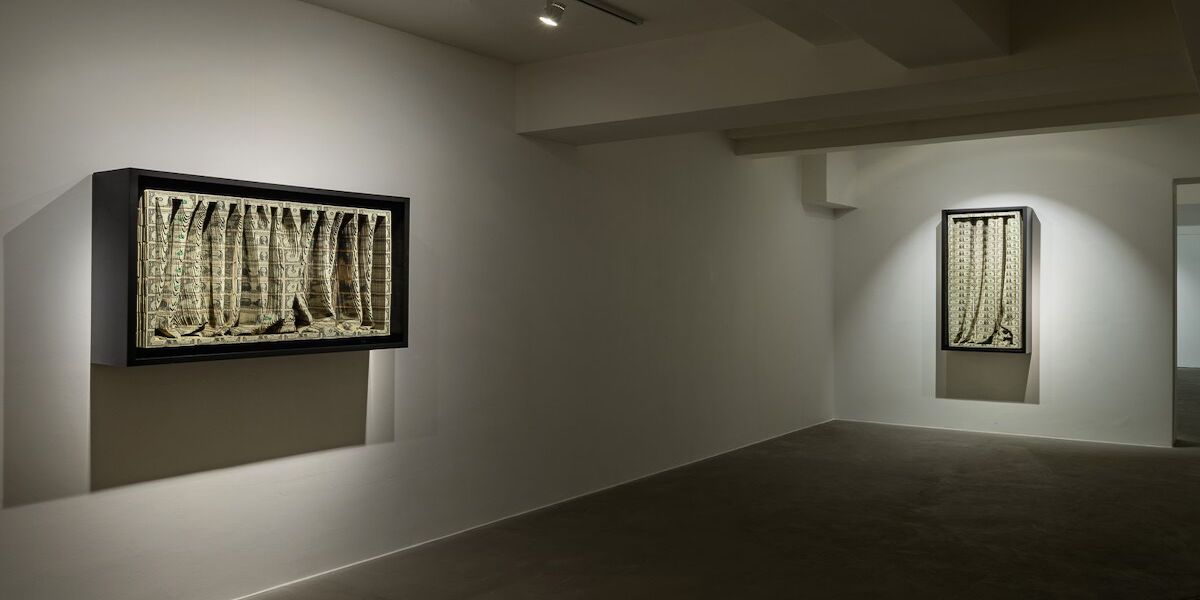