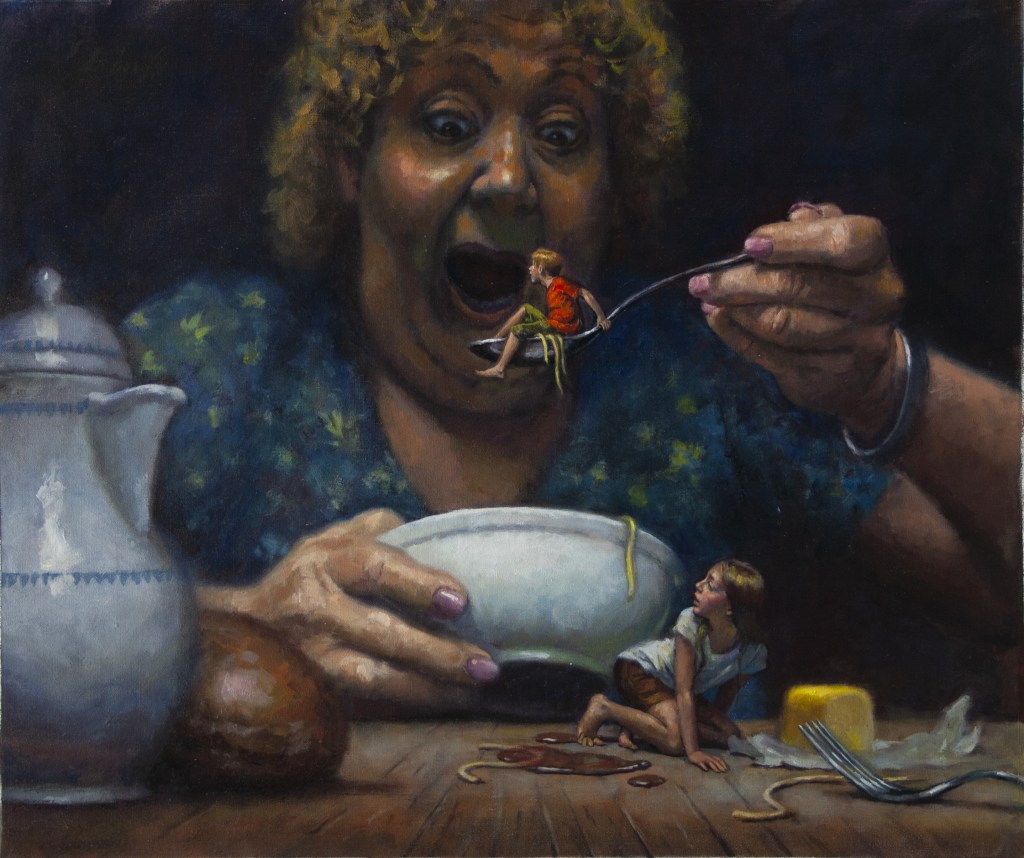 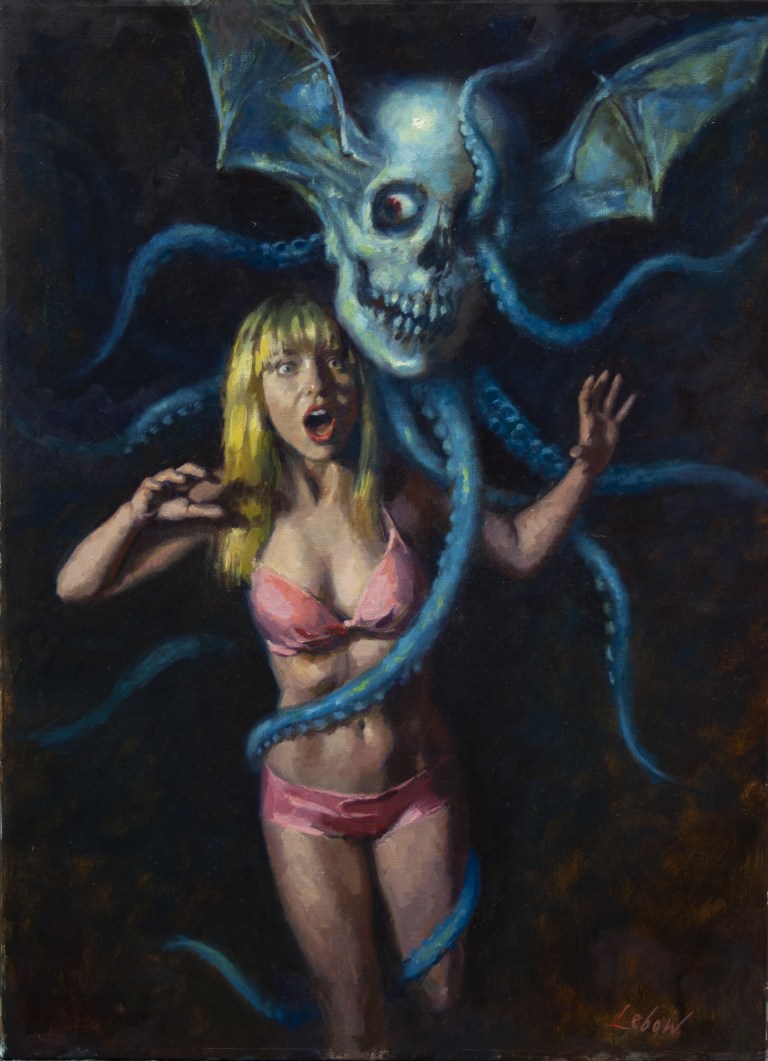 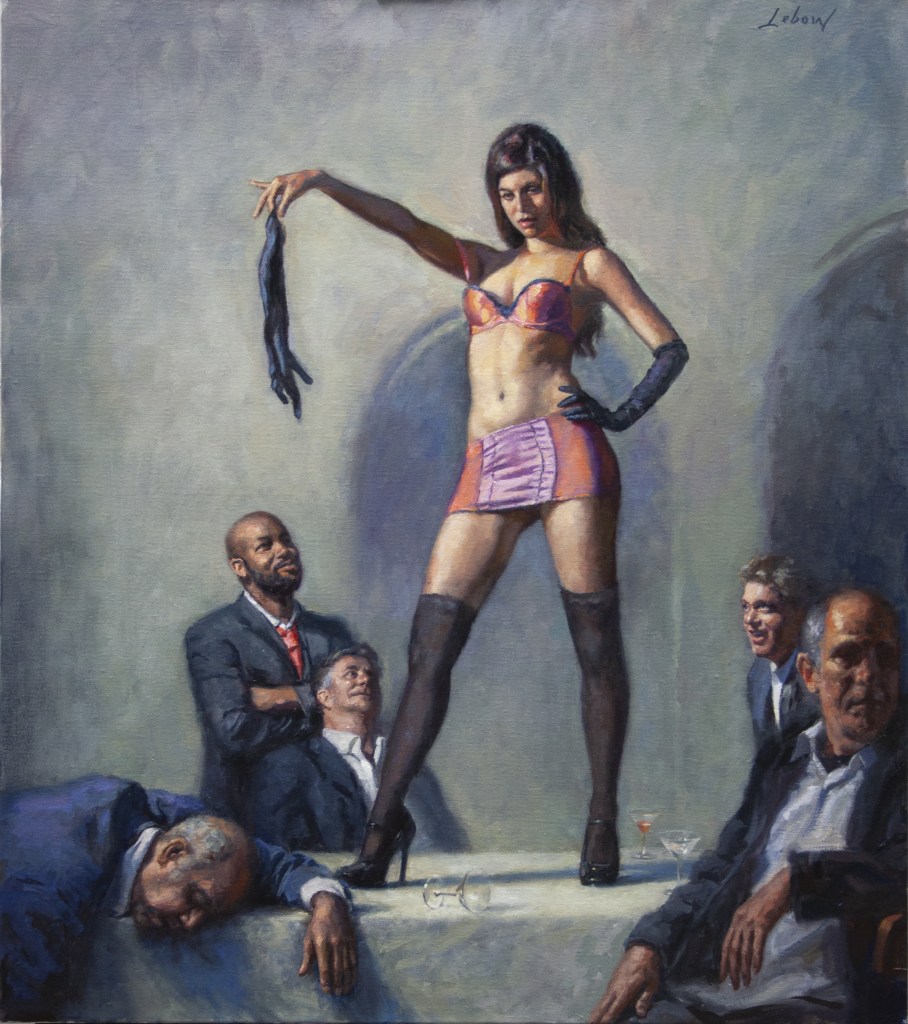 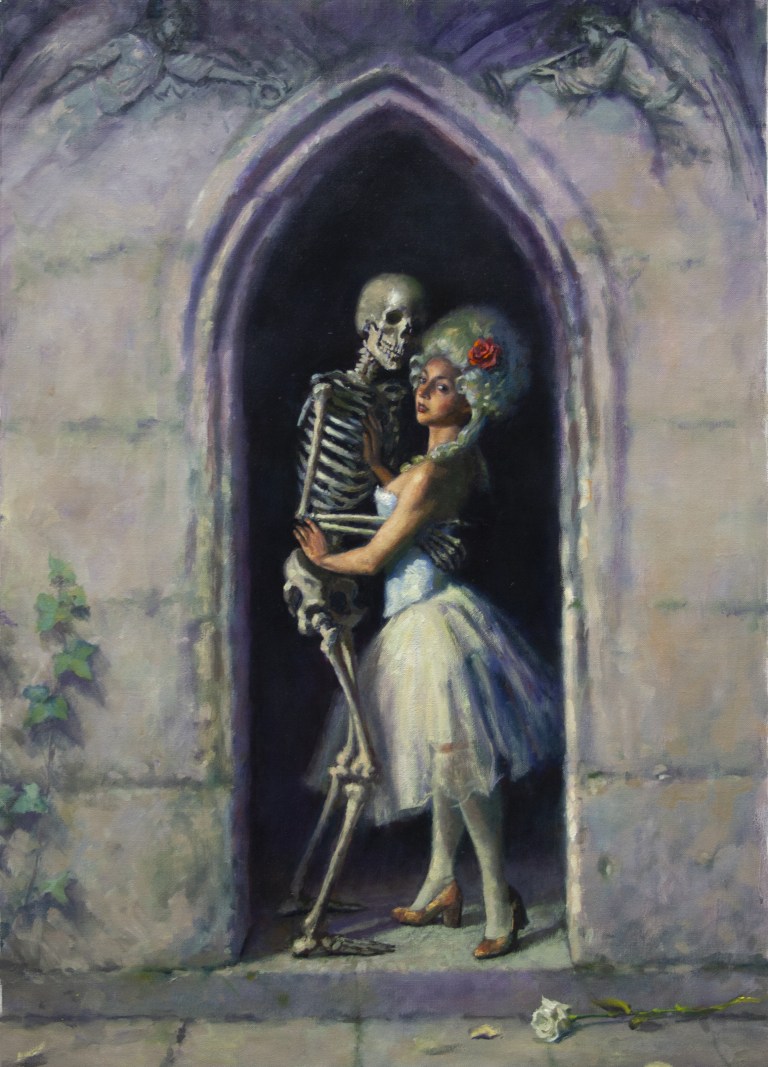 “Like an auteur from Hollywood’s Golden Age, Lebow directs themes of adolescent rebellion, oppressive male voyeurism, and hardboiled female revenge by photographing live models in costume,” the artist says. “His protagonists are photoshopped into fictitious, often absurd, chiaroscuro lit backdrops and then printed on glossy paper resembling the inside of a private eye’s briefcase. After this meticulous photo process is complete, Lebow begins to paint his inspired compositions in the vein of Robert McGinnis, Margaret Brundage, and other masters of the genre.” 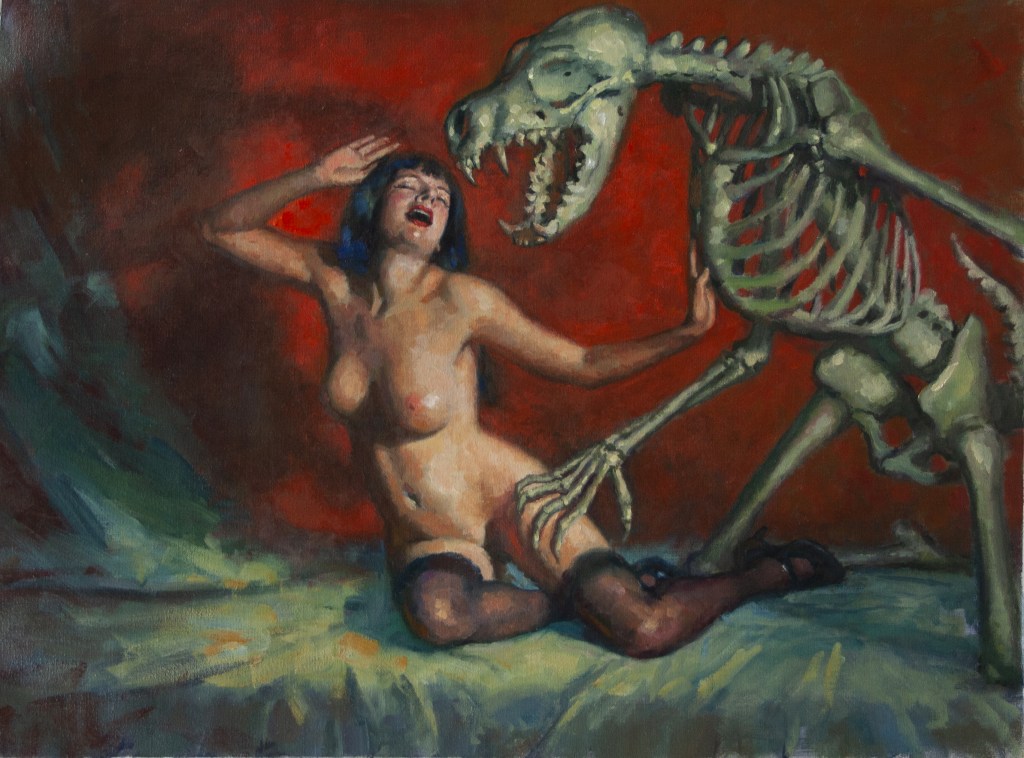 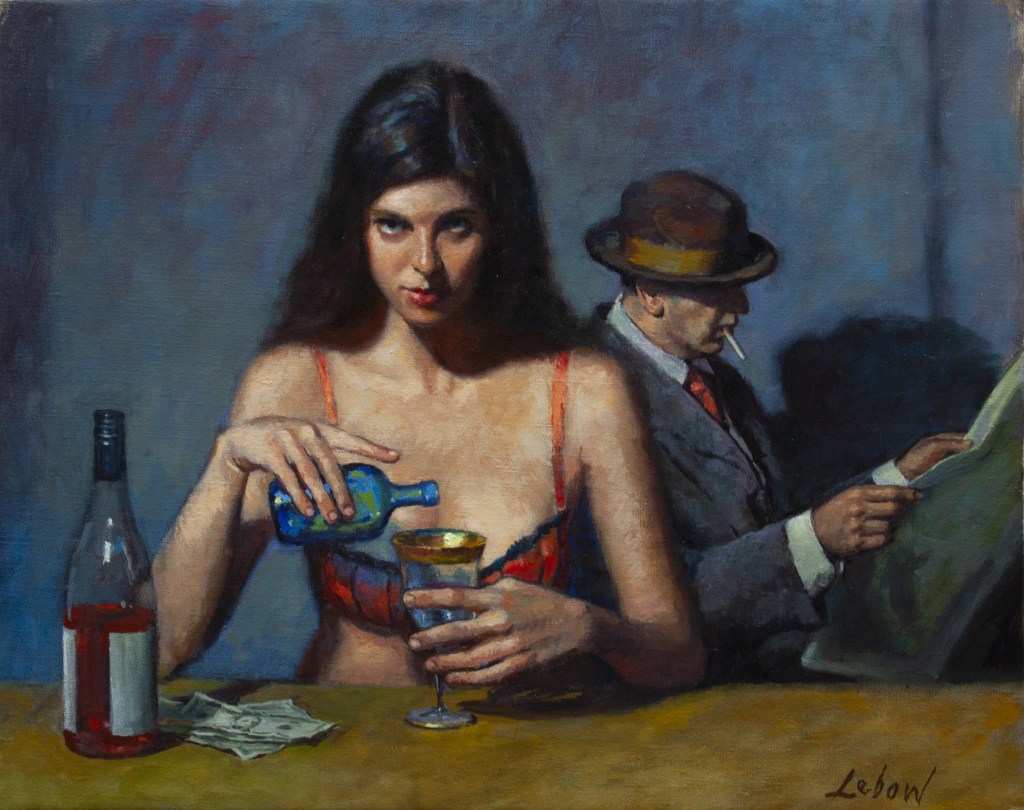 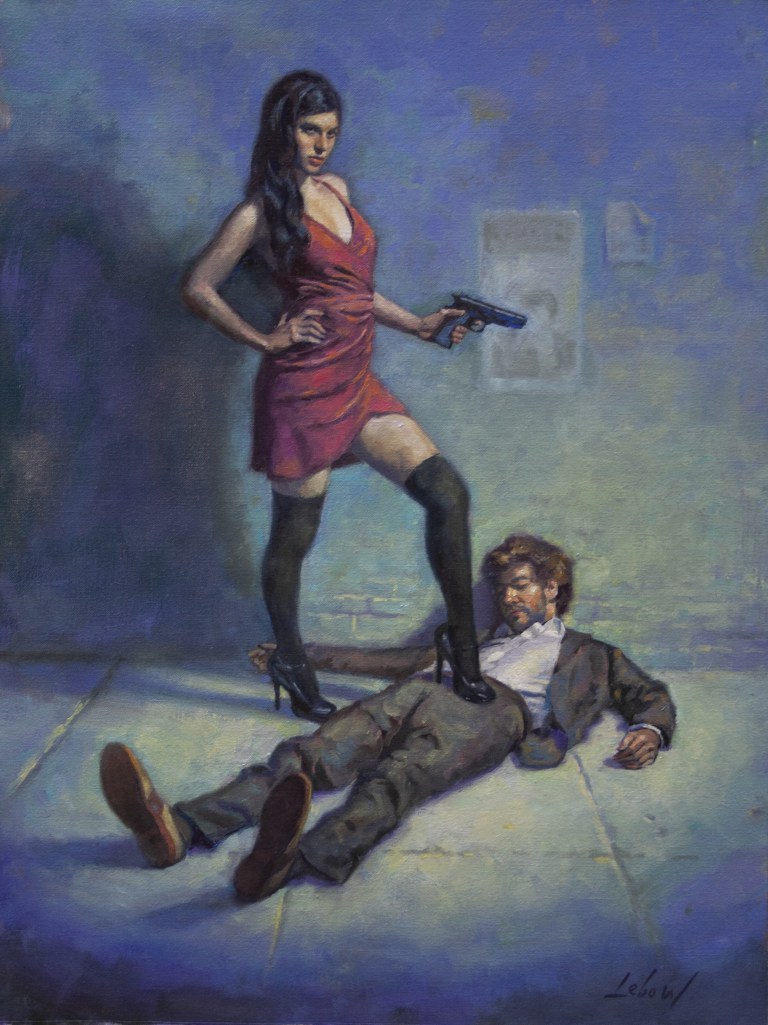 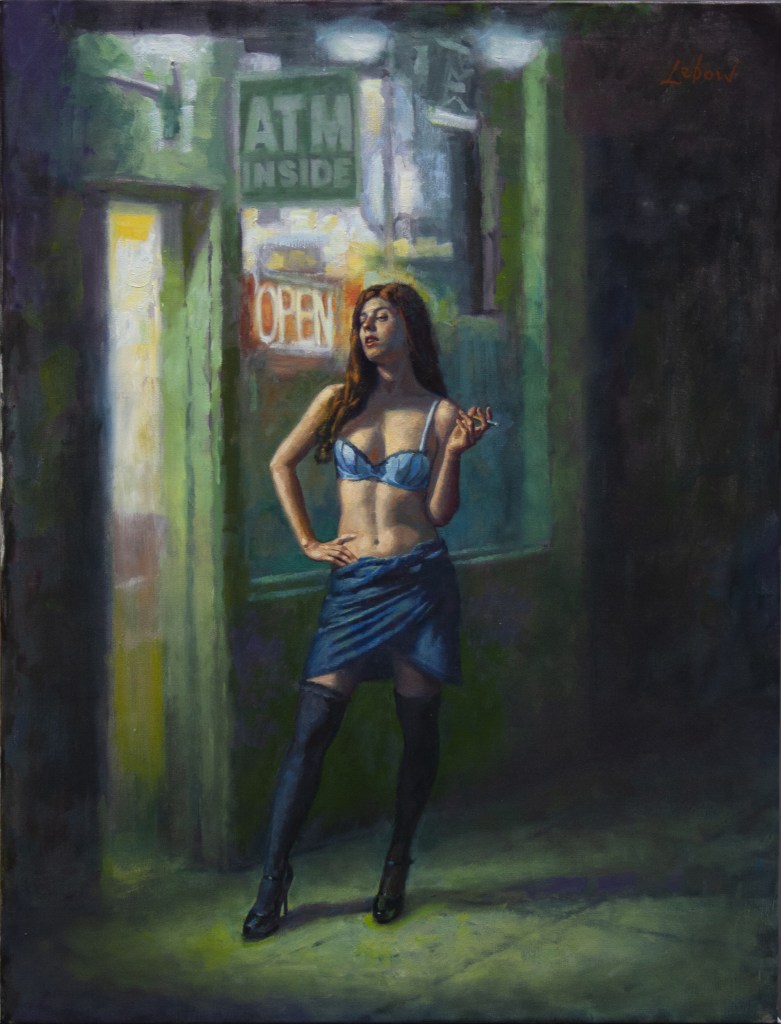 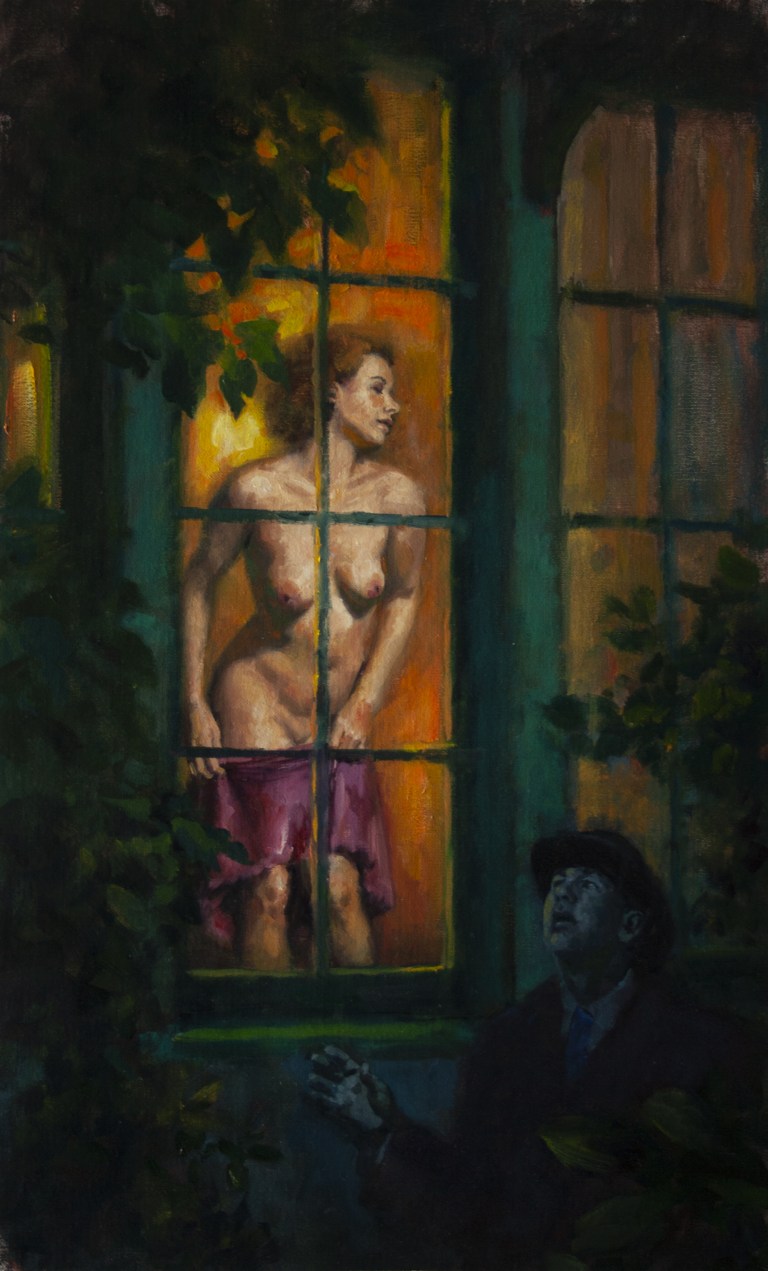